Just five months after Hurricane Irma and Hurricane Maria devastated the U.S. Virgin Islands, Marriott’s Frenchman’s Cove has reopened its doors in a remarkable comeback unmatched by any other major resort on St. Thomas.

As several hurricanes approached St. Thomas in September 2017, Marriott Vacation Club chartered a ferry to evacuate Marriott’s Frenchman’s Cove Owners and guests to safety. Then the resort was battened down before the first storm, Irma, hit with winds of over 150 mph, dumping 12 inches of rain on the island.

When the clouds finally cleared, the resort had a new feature: a 40-foot sailboat (ironically named No Problem) had been deposited on the pool deck. 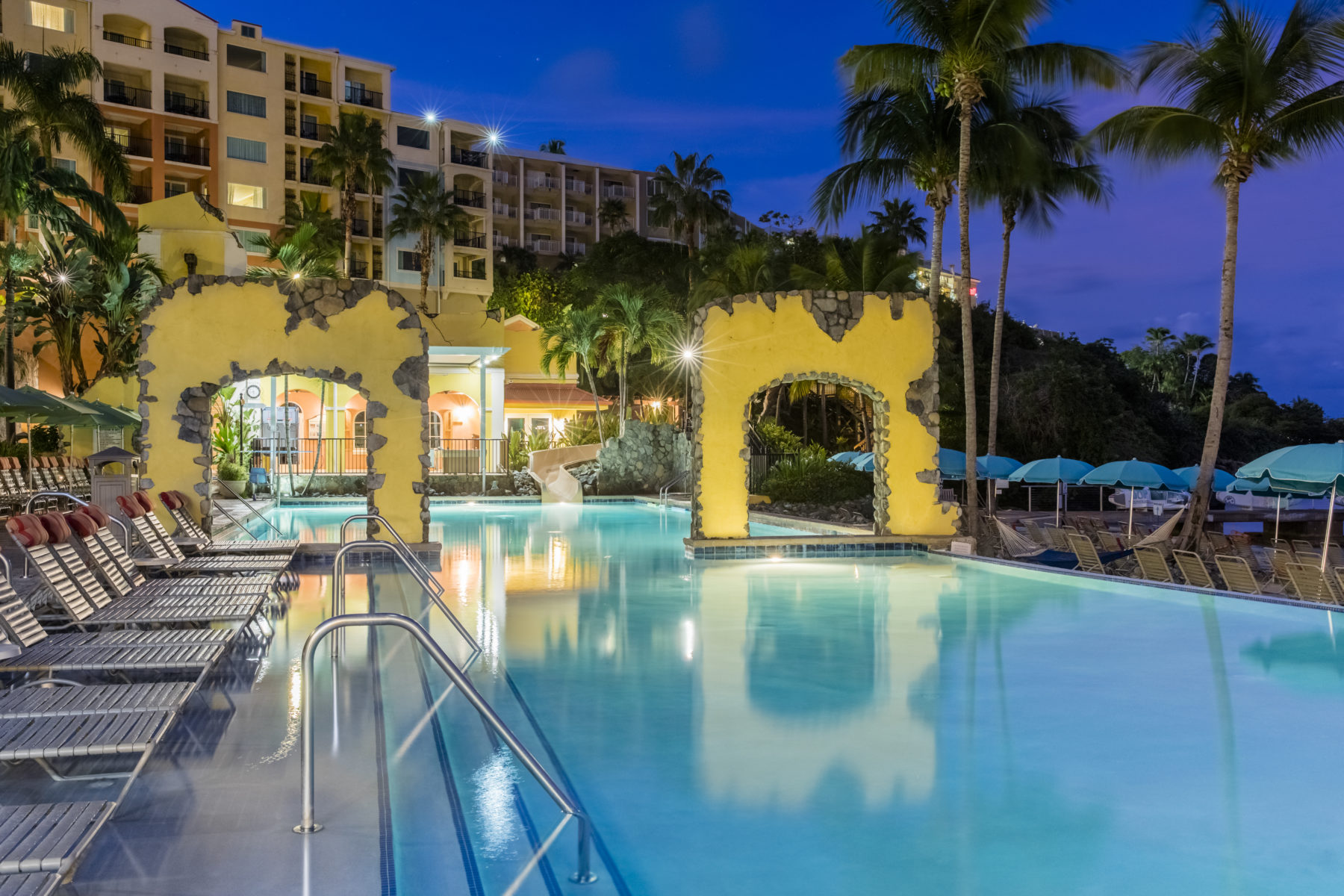 Ed Kinney, vice president of corporate affairs and communications for Marriott Vacations Worldwide Corporation, visited the property shortly after the storms hit and was “blown away” by what he found. “Just getting materials onto the island and to the property was an ordeal,” he said.

Fortunately, while wind and rain caused some damage at Marriott’s Frenchman’s Cove, the resort remained structurally sound, unlike many others on the island. Restoration of the beach area was the final step before the property reopened: a winch was brought in to remove the sailboat, and a barge of sand helped restore the waterfront back to its former glory. 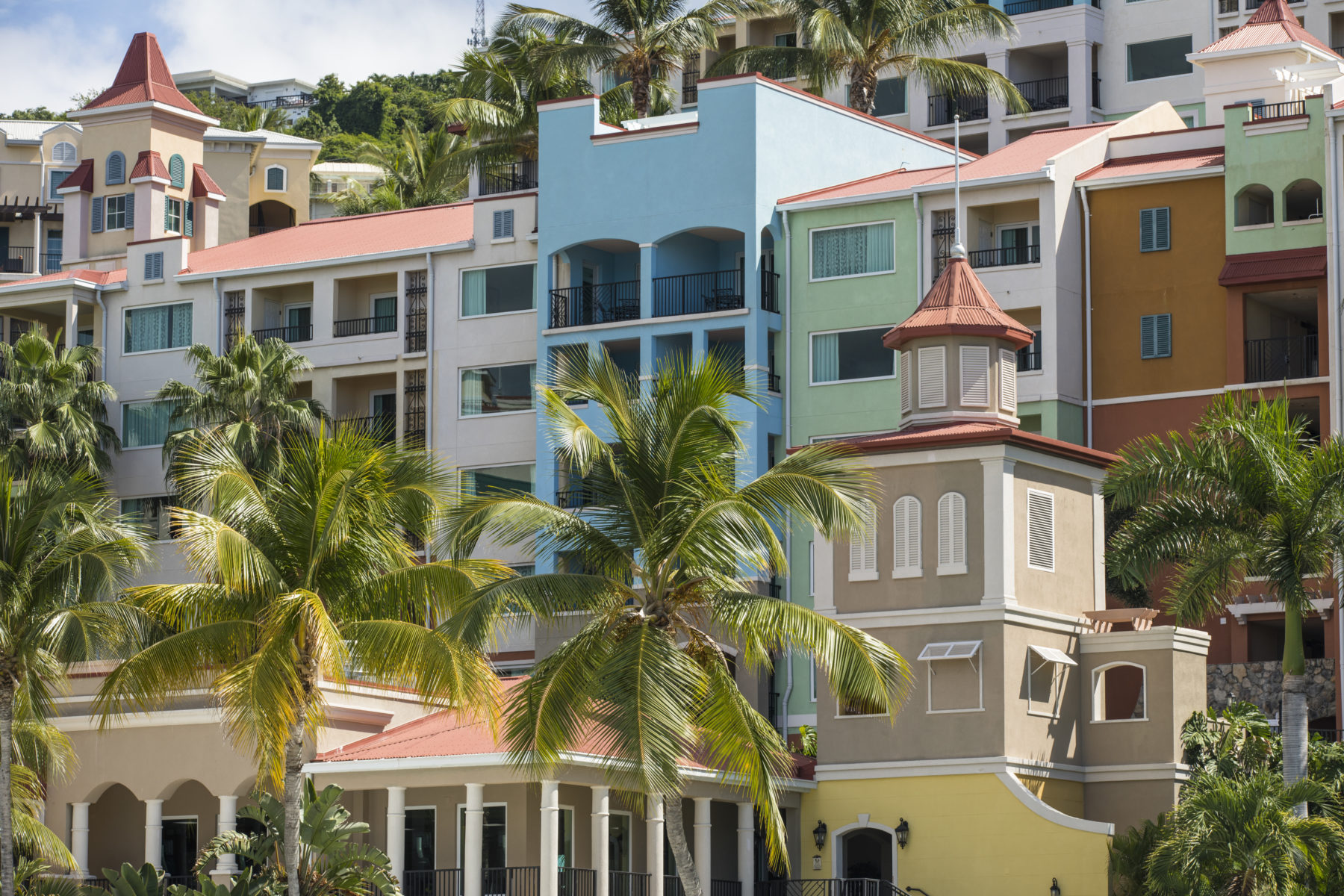 On February 16, 2018, the resort reopened with nearly all of its 155 two- and three-bedroom villas available to guests, save a few serving as a temporary sales office.

“We were one of the first beach properties on the island to get back up and running,” said Kinney. “When Owners come back, they will see it as they remembered it.”

As of now, the resort’s pool, hot tub and beach are all open. The resort pier has been restored, and the restaurant and Marketplace are doing a brisk business. A full slate of on-resort activities is available as well.

With occupancy already running over 90 percent, Marriott’s Frenchman’s Cove is perhaps the most lively spot on St. Thomas. “People are ready to get back to the island,” said Kinney. 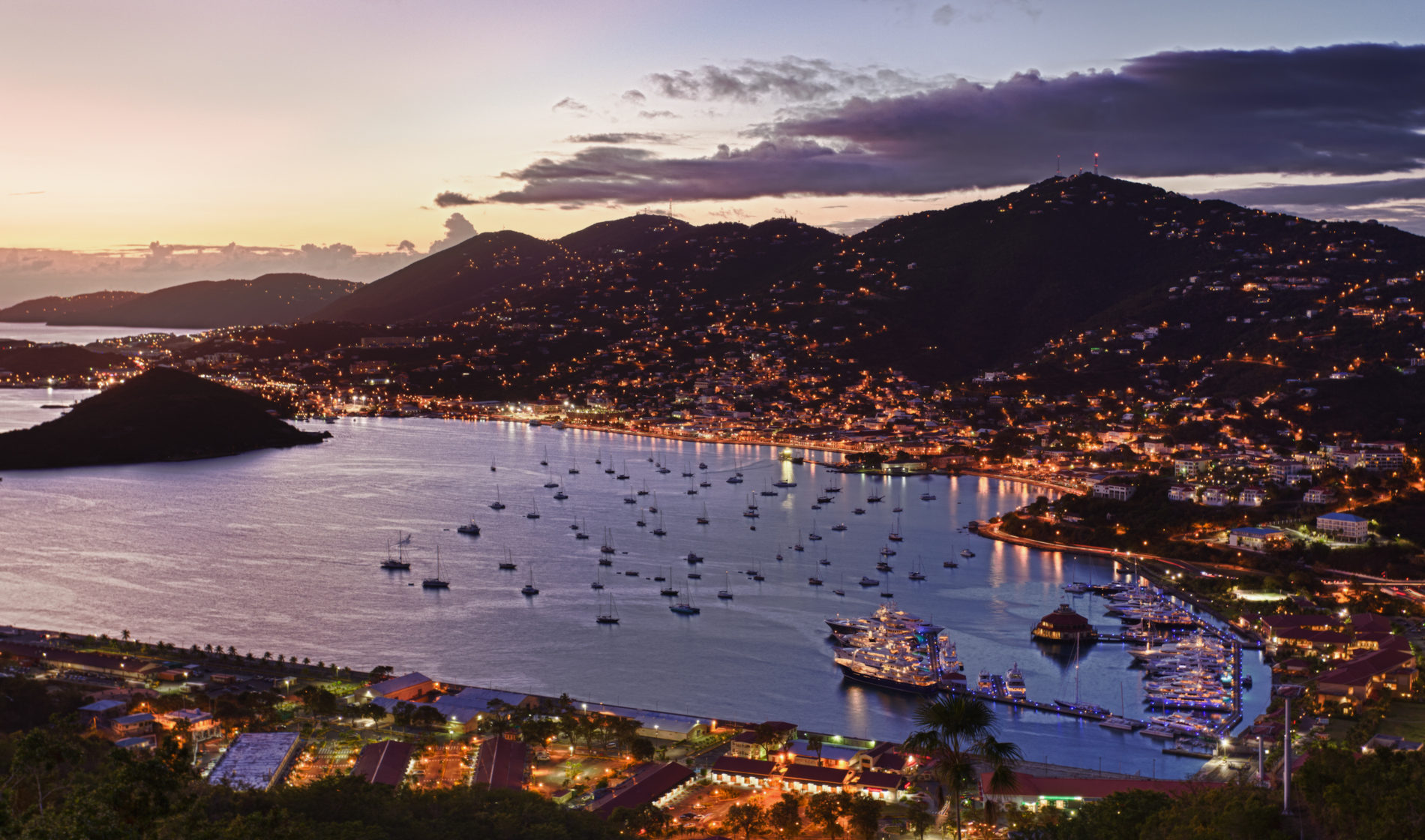 Recovery on St. Thomas is ongoing, but Owners and guests won’t be stranded at the resort. Many stores in downtown Charlotte Amalie are open for business to serve cruise visitors and resort guests alike, and popular restaurants like Charlotte Amalie’s Greenhouse and the Grand Cru at nearby Yacht Haven Grande also have reopened.

In Red Hook, Fish Tails is serving food again, while Duffy’s Love Shack has the cold beers and rum punch. The St. John ferry is running to Cruz Bay more than a dozen times a day. 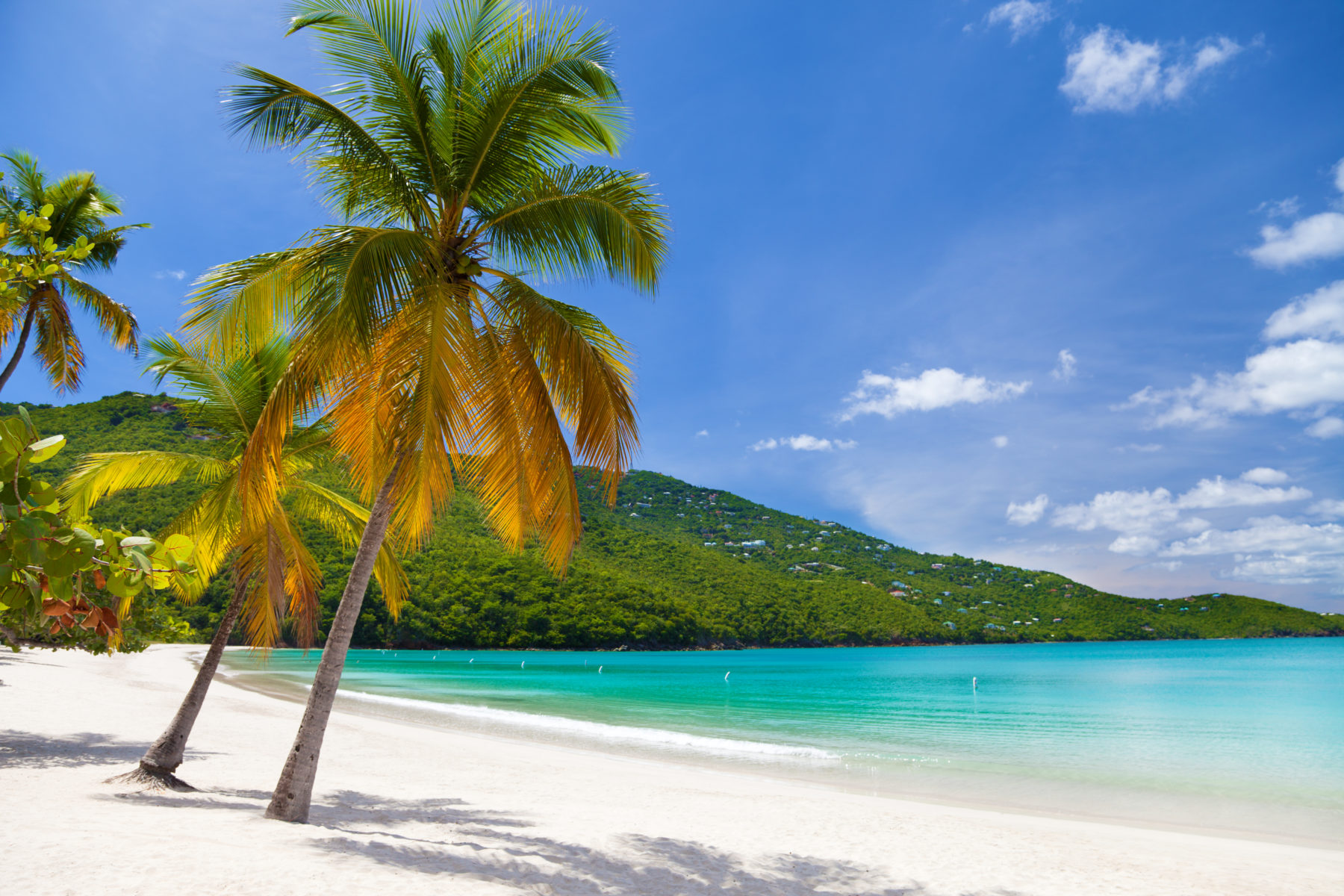 St. Thomas’s popular Coral World Ocean Park remains a fun family option. So is the sky ride to Paradise Point, where you can salute the sunset with one of their famous Bushwacker cocktails. Magan’s Bay beach on St. Thomas, surrounded by lush foliage that quickly came back after the storm, beckons swimmers and sunbathers, as do the beaches at the reopened Virgin Islands National Park on St. John. 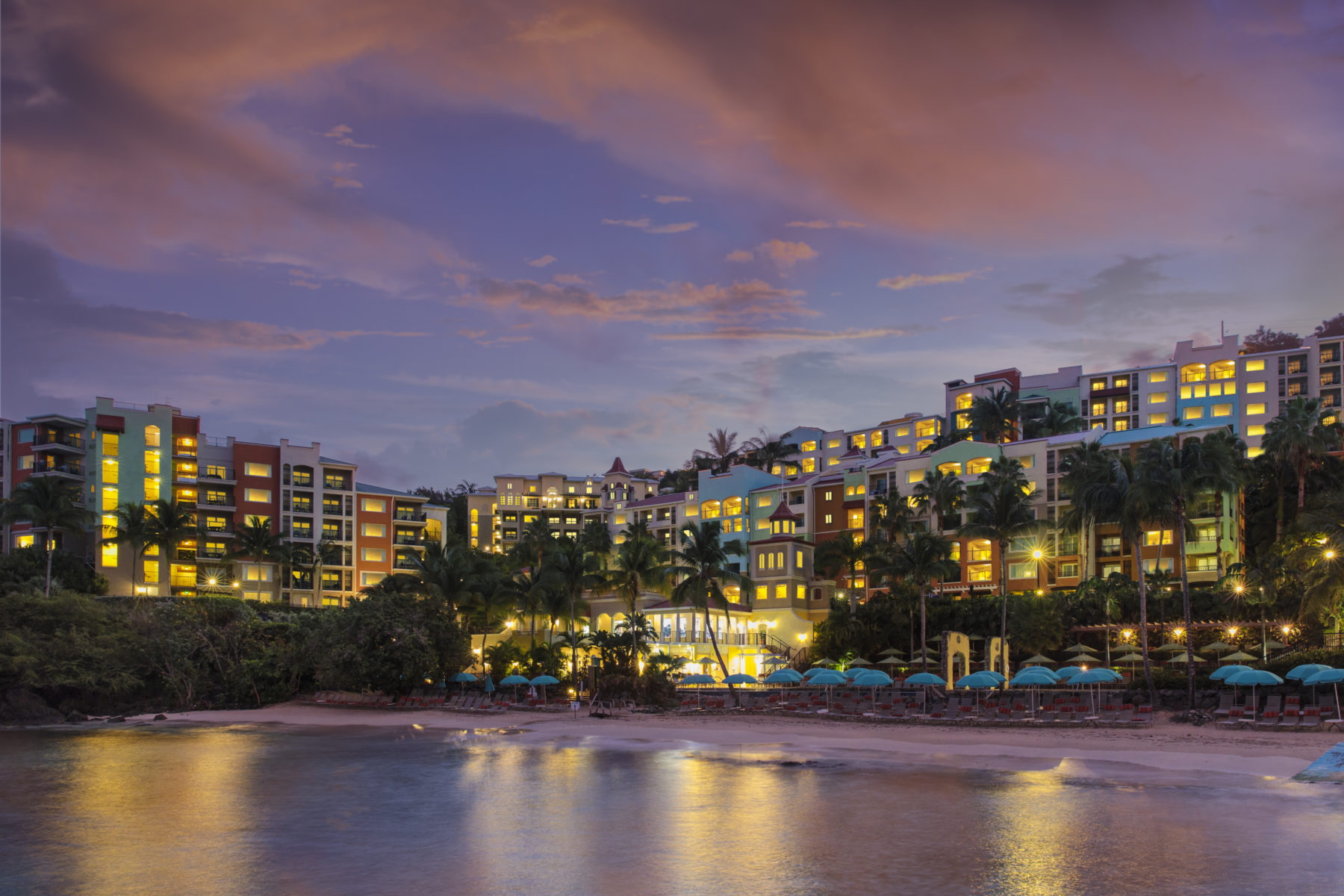 Marriott’s Frenchman’s Cove perhaps benefitted from its more sheltered location on Pacquereau Bay, but Kinney said the resort’s quick recovery was also due to the resort’s ability to retain nearly all employees after the storm.

“We did whatever we could to render assistance to our associates,” said Kinney. That included extending disaster pay throughout the recovery period, bringing in shipping containers full of relief supplies, and allowing associates who lost their homes to stay in undamaged villas during the reconstruction of the resort.

Every Marriott’s Frenchman’s Cove associate also received an emergency generator to restore their power and lights at home. The resort also hired many associates to help with labor during the restoration process.

“As J. Willard Marriott said, ‘Take care of the associates and they’ll take care of your customers,’” noted Kinney. And the associates at Marriott’s Frenchman’s Cove in St. Thomas are more than ready to welcome you back to their island home.