After driving more than 2,500 miles with a newborn — from Houston to Fargo — I learned a thing or two about taking a baby-friendly road trip.

We crossed into Oklahoma just after midnight. Patches of ice and snow began to appear in my headlights, and the temperature gauge on the dashboard dropped a degree. We were 300 miles into a 2,500-mile road trip when a shriek broke the silence. Behind me, my infant son cried uncontrollably in his car seat as I pulled into an empty gas station parking lot. While I fed him under a flickering fluorescent light, I wondered what in the world I had been thinking driving my baby from Houston to Fargo. But minutes later, we were back on the road heading north.

The journey continued like this for two days straight. My husband, son and I drove through small towns, past Love’s truck stops and over frozen rivers on our way to see family, stopping every few hours to calm baby screams and rattled nerves. It was a crash course in patience — and surviving a road trip with a newborn. Traveling with kids is never easy, but long hauls with an infant come with some pretty unique challenges. Here’s what I learned. 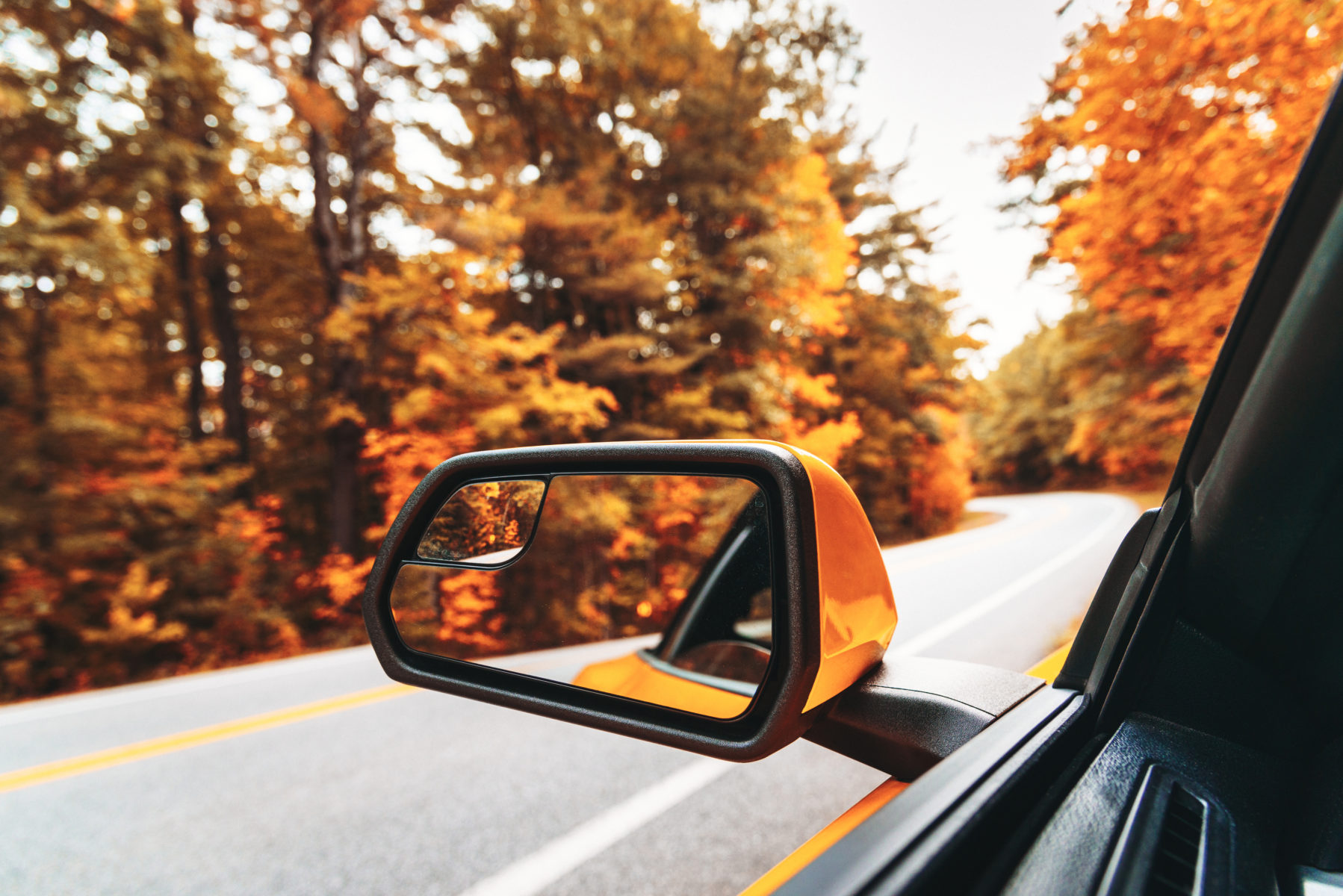 1. Be Realistic with Expectations

As a first-time parent, I had no idea what to expect on our road trip. I barely knew how to manage my new son in the comforts of my own home, let alone trapped in a traveling metal box a thousand miles away. So I made the decision to keep my expectations low and to anticipate disaster.

I even made a game of it. Before packing up the car, I created a BINGO card filled in with a mix of things that could go horribly wrong on the trip, as well as some small wins. As we checked off box after box, we were able to laugh at ourselves and some comically terrible situations. Eating an entire meal uninterrupted was a victory, but so was a diaper blow-out in the car seat. In the end, being realistic about all the bad things that could happen made it easier to roll with the punches when they actually did.

While I drove, my husband sat in the backseat, dozing or playing or massaging our son’s legs to keep him calm. We stopped every two to three hours to change a diaper, eat or grab gas, and we would trade spots when we got back on the road. Being able to tag in a partner was huge. Neither one of us got too drowsy on the road, and someone was always paying attention to our son.

If you’re on your own with your baby, invest in a large safety mirror and install it so you can see his or her face in the rearview mirror as you drive. 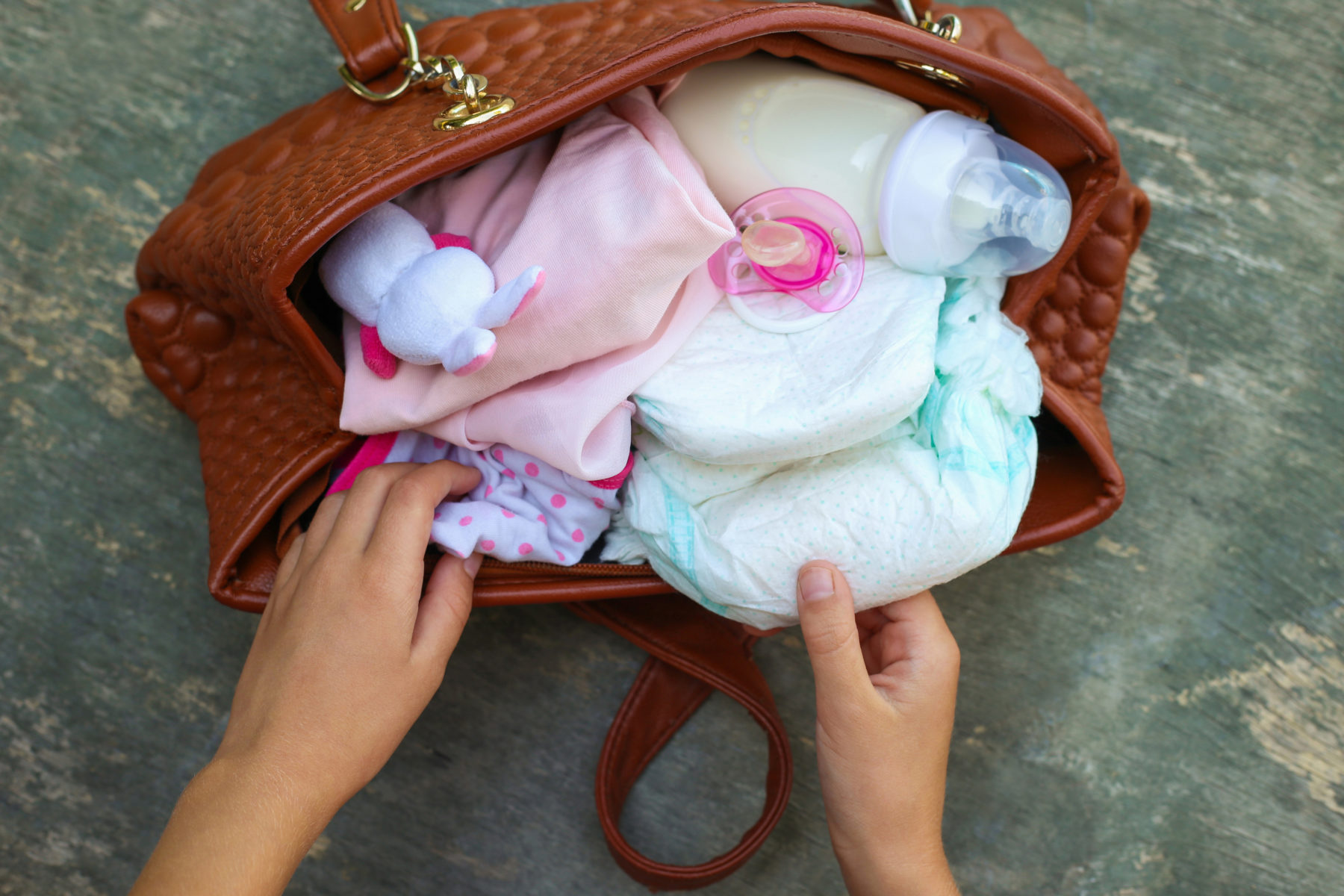 I’m a minimalist traveler, and that didn’t change when I had a baby. Even so, adding a third person to our family meant adding more stuff. Between us, the luggage and our 45-pound dog, our car was at capacity. After spending much of our first day on the road contorting or shuffling around to grab what we needed, we consolidated some of the important stuff — a few diapers, wipes, a versatile toy, snacks (for us) — in a small tote bag within easy reach. Not having to dig around to find things saved us a ton of time and frustration. Plus, it was much safer than unbuckling to grab things while we were on the road.

4. Drive When the Baby Sleeps

Newborns sleep. A lot. During that time, they don’t need to be entertained, fed or exercised, and you can make some pretty good time on the road. Before we left home on the day of our departure, we went through our son’s entire bedtime routine — only instead of tucking him into his crib, we put him in his car seat and drove as far as we could until he woke up. It ended up being our longest stretch the entire trip.

You probably don’t need a reminder to avoid any resort labeled “adults only,” but many Marriott Vacation Club properties go beyond just allowing the little ones and instead create fun just for them. For example, Marriott’s Lakeshore Reserve in Orlando has a “Toddler Hour” playtime for the 4-and-under crew, along with complimentary pop-tarts and cartoons to start their mornings right. Kids of all ages can get creative onsite with finger-painting, sock puppet decorating, caterpillar making and wooden snake painting.

If you’re traveling across Spain, Marriott’s Playa Andaluza has not only a baby room, but a baby pool as well. And Marriott’s Marbella Beach Resort is another great choice, with amenities and activities like a baby room for children under 3, a kids club, children’s pools and a pirate playground.

Pack even lighter: Many Marriott Vacation Club resorts have baby proofing kits and Pack ‘n Plays. Call ahead for availability. 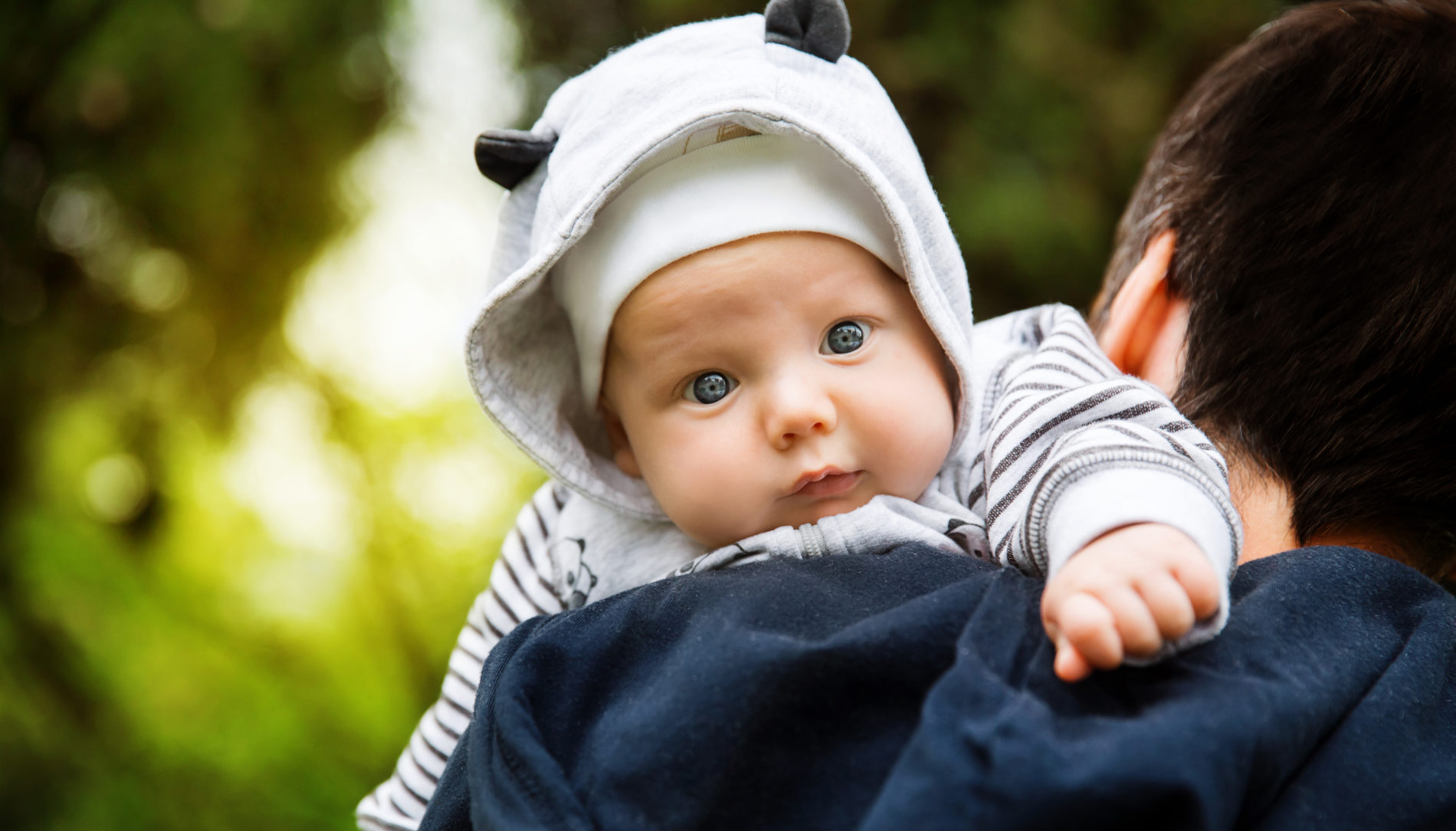 We timed our driving to our son’s nap and sleep times, stopping to stretch our legs and grab meals when he was at his most awake. It made for fewer tears, but many more stops. And on top of those quick breaks, we gave ourselves permission to throw in the towel if needed.

We didn’t have to wait long. By 3 a.m. the first night, we admitted defeat and pulled into a hotel on the side of the road. We hadn’t planned to stop for the night, but our baby boy was over it, and so were we. Our hotel had a mini crib that we pulled up to the side of our bed, and we all got some much-needed sleep.

The next morning, we took our time getting back on the road. We played, ate a long breakfast and took a stroll outside in the snow before slipping into the car for the day’s drive. It was revitalizing — and made the rest of the trip that much more doable for us all.