The picturesque coastlines on either side of Mexico are home to some of the top scuba diving destinations in the Caribbean, Pacific Ocean and Sea of Cortez.

Shimmering blue waters, warm sunshine, and light tropical breezes are signature elements of Mexico’s shorelines, but between seaside spa treatments and refreshing dips in the pool, be sure to leave room to discover the real gems of both of the country’s coasts: the ones found below the waves.

Bordered by the world’s second-largest barrier reef, Eastern Mexico’s Yucatán Peninsula is known for its sprawling coral formations that are home to playful sea turtles, large schools of brilliant tropical fish, and the occasional whale shark. The diving is great in every season, but it’s especially fun to visit in the spring or summer when the peninsula is at its most lively.

Caribbean Sea
If scuba diving is on your bucket list, there’s no better place to cross it off than the calm, clear waters of the Caribbean. Start with an introductory lesson, then decide whether an open water certification class is right for you. 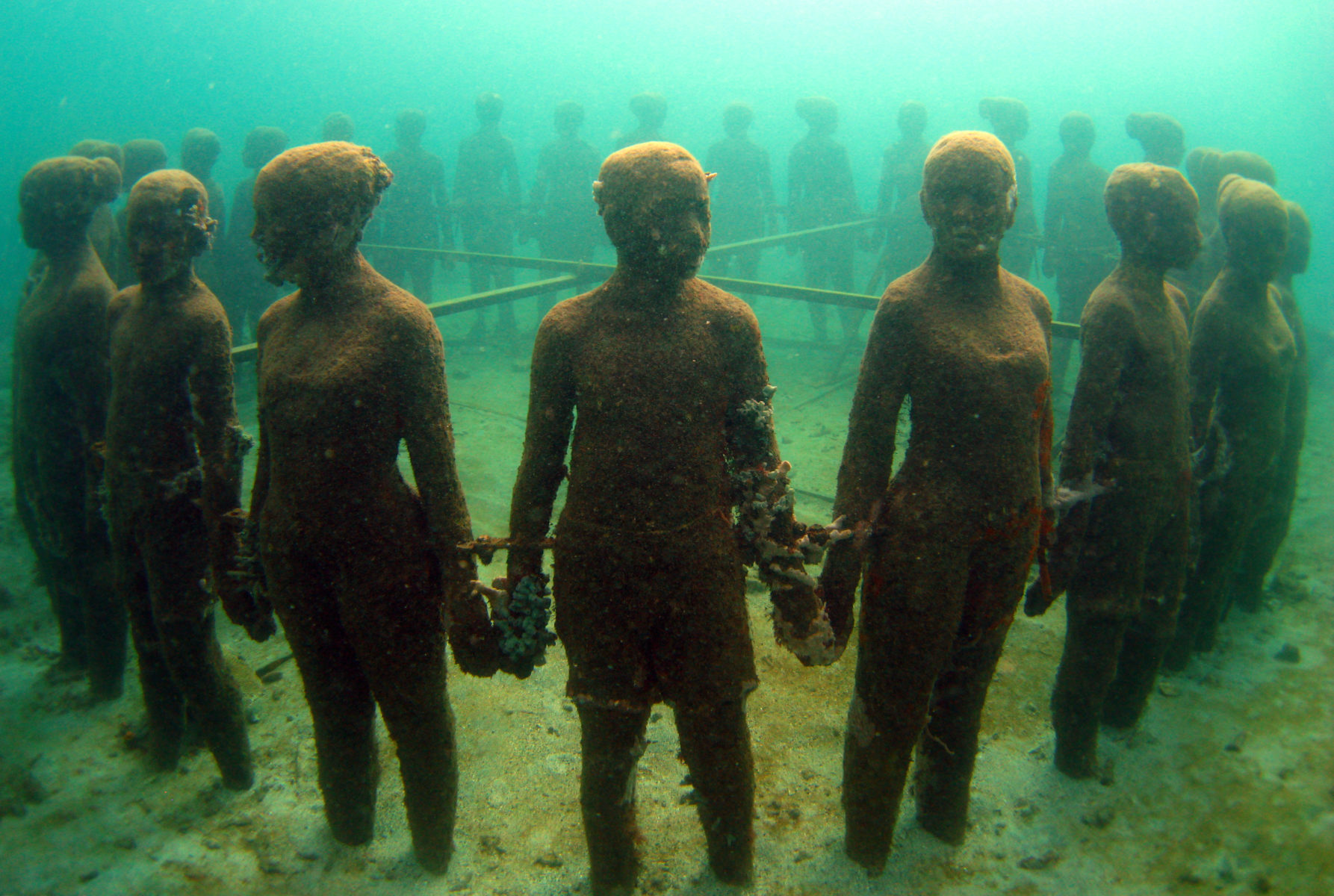 Cancún
Once you’ve gotten your fins wet, there’s plenty to explore off the shores of Cancún. Visit MUSA, the famed Underwater Museum of Art, where you can dive or snorkel among over 500 life-size sculptures that double as artificial reefs for living coral to grow on. Or, take in the grandeur of the Mesoamerican Reef, one of the largest natural reefs in the world, which lies just a few hundred yards from the beach. 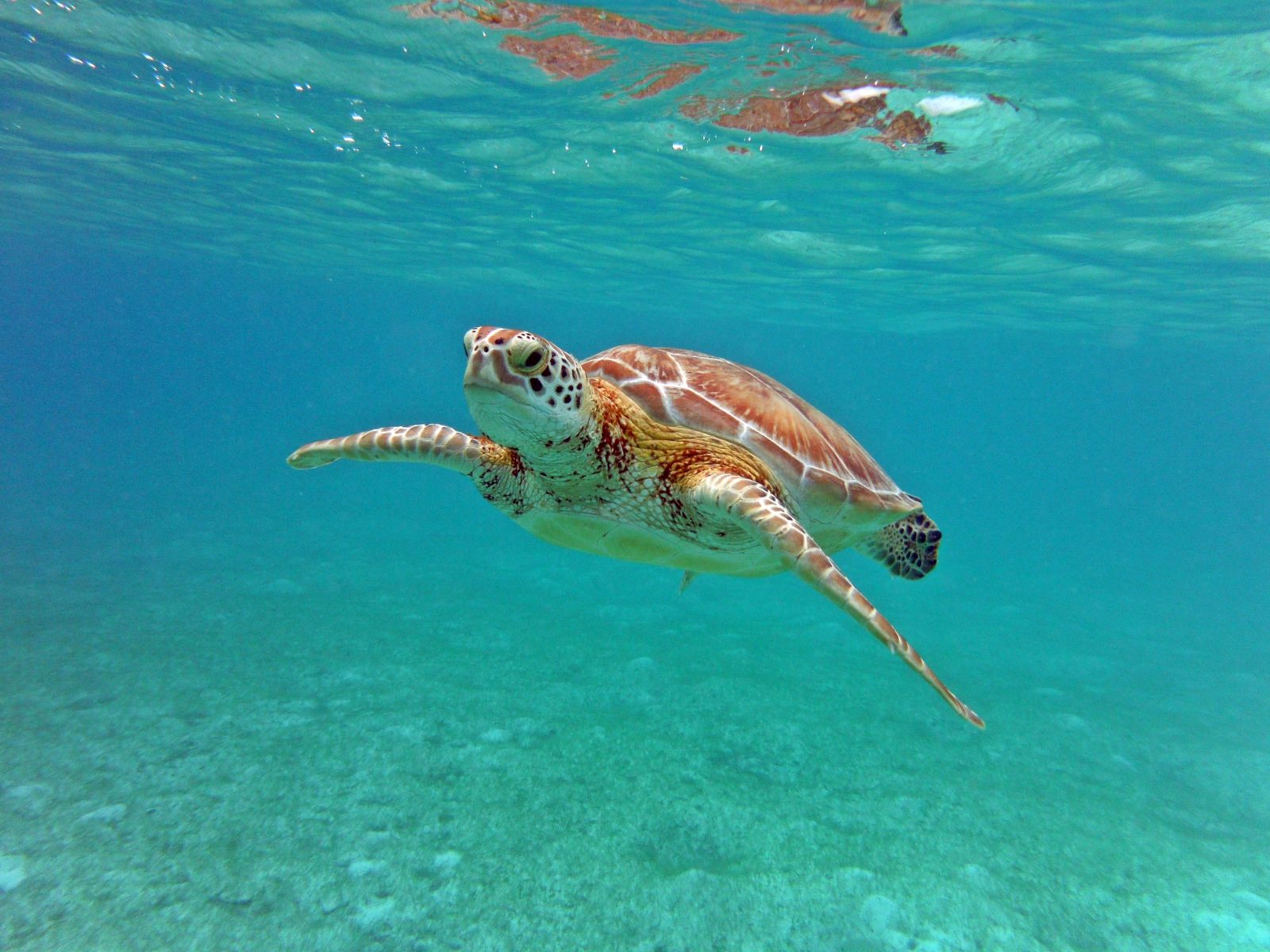 For an even closer look at ocean life, visit Cancún in the summer months. Sea turtle nesting season runs from May to October, and while staying right on the water’s edge, you have the unique opportunity to watch newly hatched baby sea turtles as they waddle their way from the nest to their new home in the big blue.

To encounter more large sea animals, visit Mexico’s West Coast. Manta rays, bottlenose dolphins, and sea lions can be spotted year-round, but the best time to head west is in the fall or winter, when species like humpback whales and hammerhead sharks are migrating south through the Pacific Ocean. 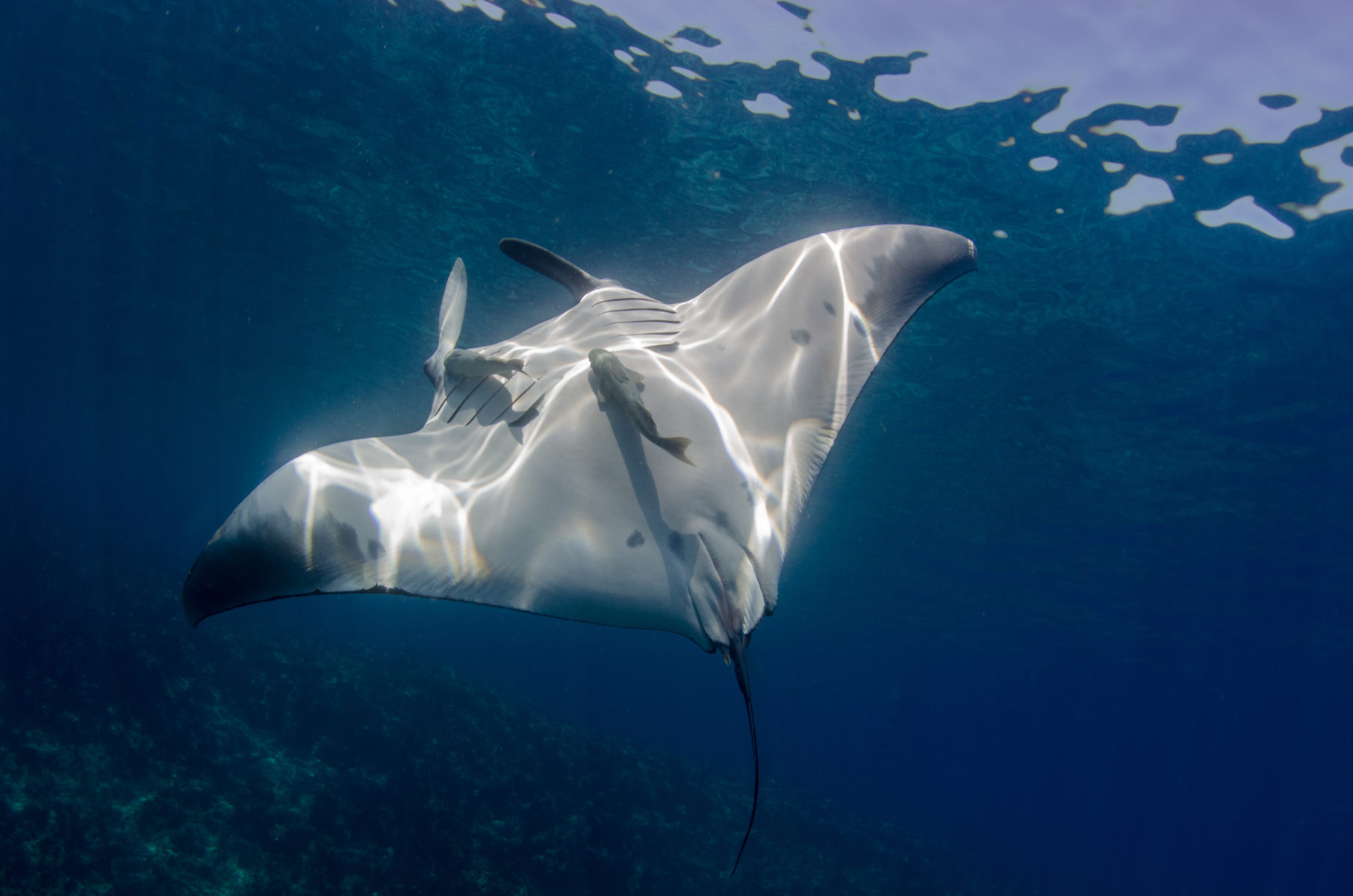 Sea of Cortez
Los Cabos is a hot spot for megafauna (large animals), drawing divers from around the world to the tip of Mexico’s Baja Peninsula. And when it comes to diving with big animals, choices abound. Whether you want to be surrounded by friendly sea lions; come face-to-face with whale sharks, the biggest fish in the ocean; or have a close encounter of the manta-ray kind, the Sea of Cortez’ rich animal life will deliver. 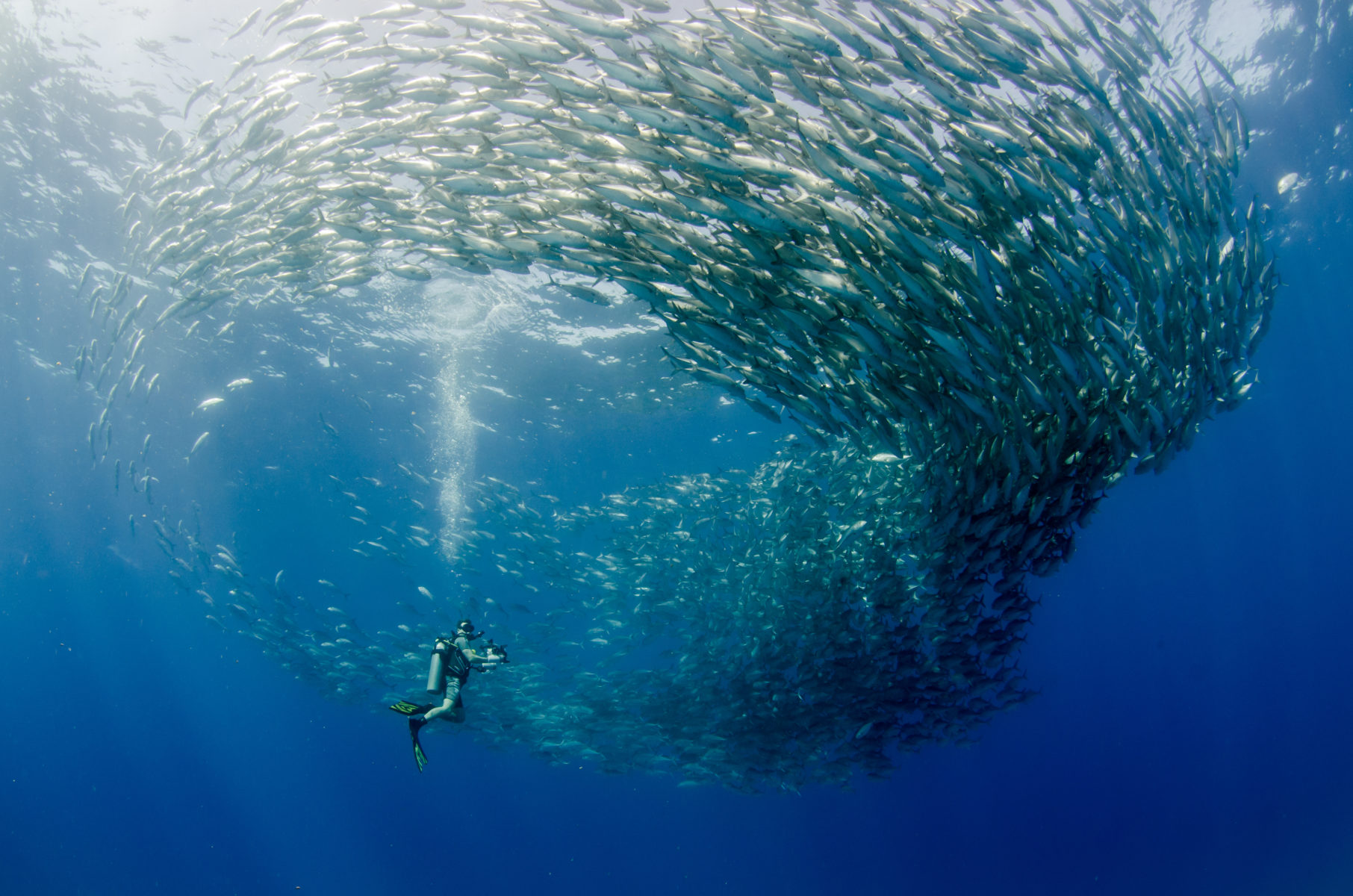 Interested in going deeper? Venture out to Cabo Pulmo National Park, a marine-protected area that’s known for its massive schools of bigeye jacks, wild dolphins, and seasonal sightings of humpbacks and sperm whales. A scuba diving or snorkeling tour of the park will easily become one of your favorite vacation memories. 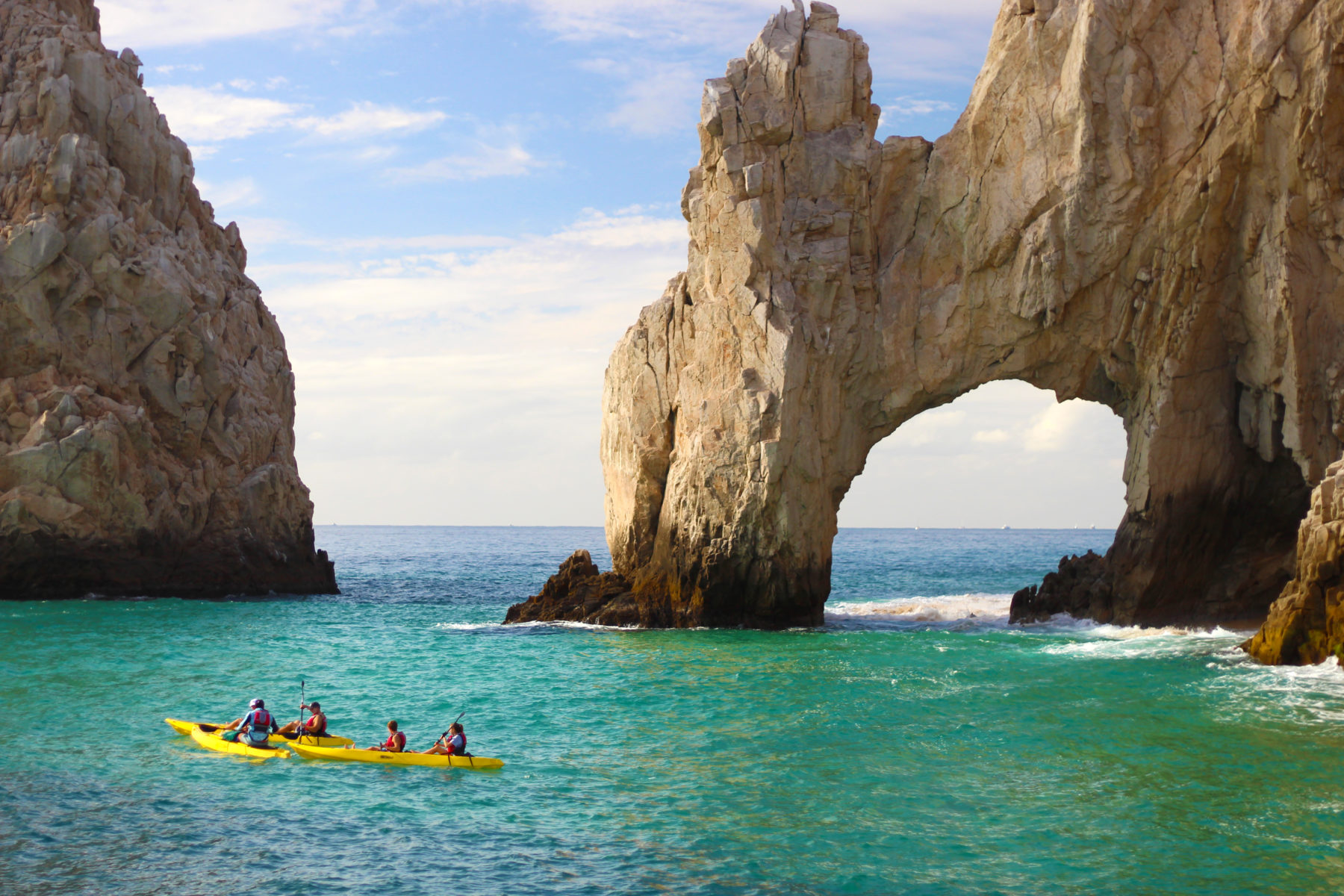 There are also plenty of other activities to enjoy in Los Cabos, and plenty of ways to explore the Sea of Cortez from the surface. Get some exercise in while you kayak to the iconic Arch of Cabo San Lucas, or relax on a glass-bottom boat tour as you watch fish swim beneath you.

For an adventure-filled day in the southern part of the bay, go on a dive or snorkel excursion at Los Arcos National Marine Park. It features a series of arching boulders that jut out of the sea, providing a topside vista that pairs perfectly with the underwater reefs, tunnels and caves awaiting exploration.

While popular with divers, Puerto Vallarta has plenty of ocean-centric activities for non-divers as well, like sailing, surfing and beachcombing — all worth exploring. 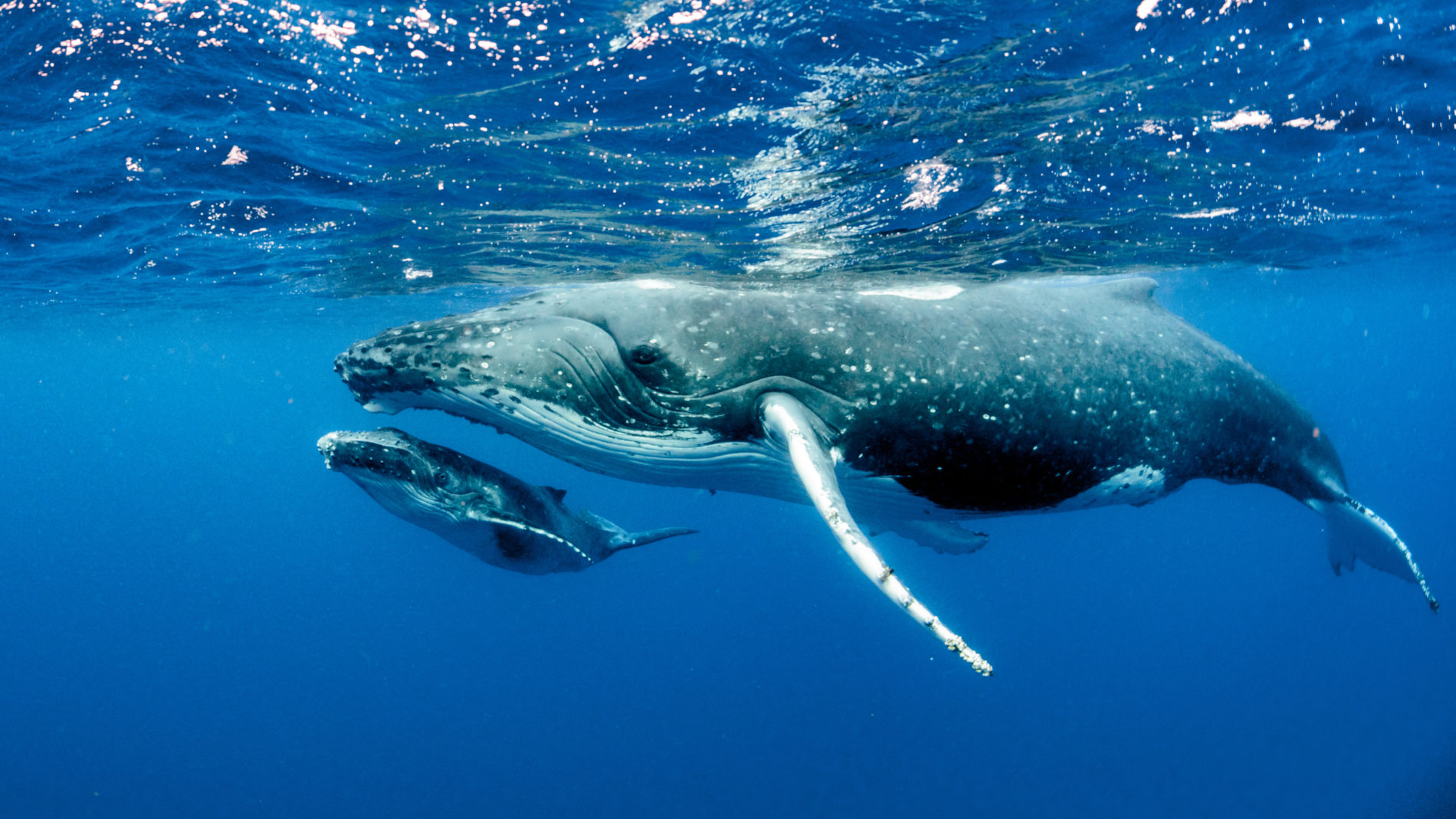 If you’re looking to spot marine life while staying dry, opt for a whale-watching tour. Every winter, the shallow Bahía de Banderas provides a calm reprieve from the open Pacific for mating humpback whales and their newborn calves. Spend an unforgettable afternoon observing these gentle giants in their natural habitat.