On a recent trip to Jordan’s city of Petra — considered one of the New Seven Wonders of the World — I found the real wonder of the place are the lessons it holds for today.

Petra dates to 1 B.C., and was the capital of the Nabataean Arabs. It eventually became part of the Roman Empire, but was abandoned in the 7th century following an earthquake and changing trade routes. It wasn’t until 1812 that Petra was discovered again. Today, Petra spans about 100 acres, including a nearly mile-long gorge visitors traverse to gain access to its main archaeological treasures and ancient tombs. 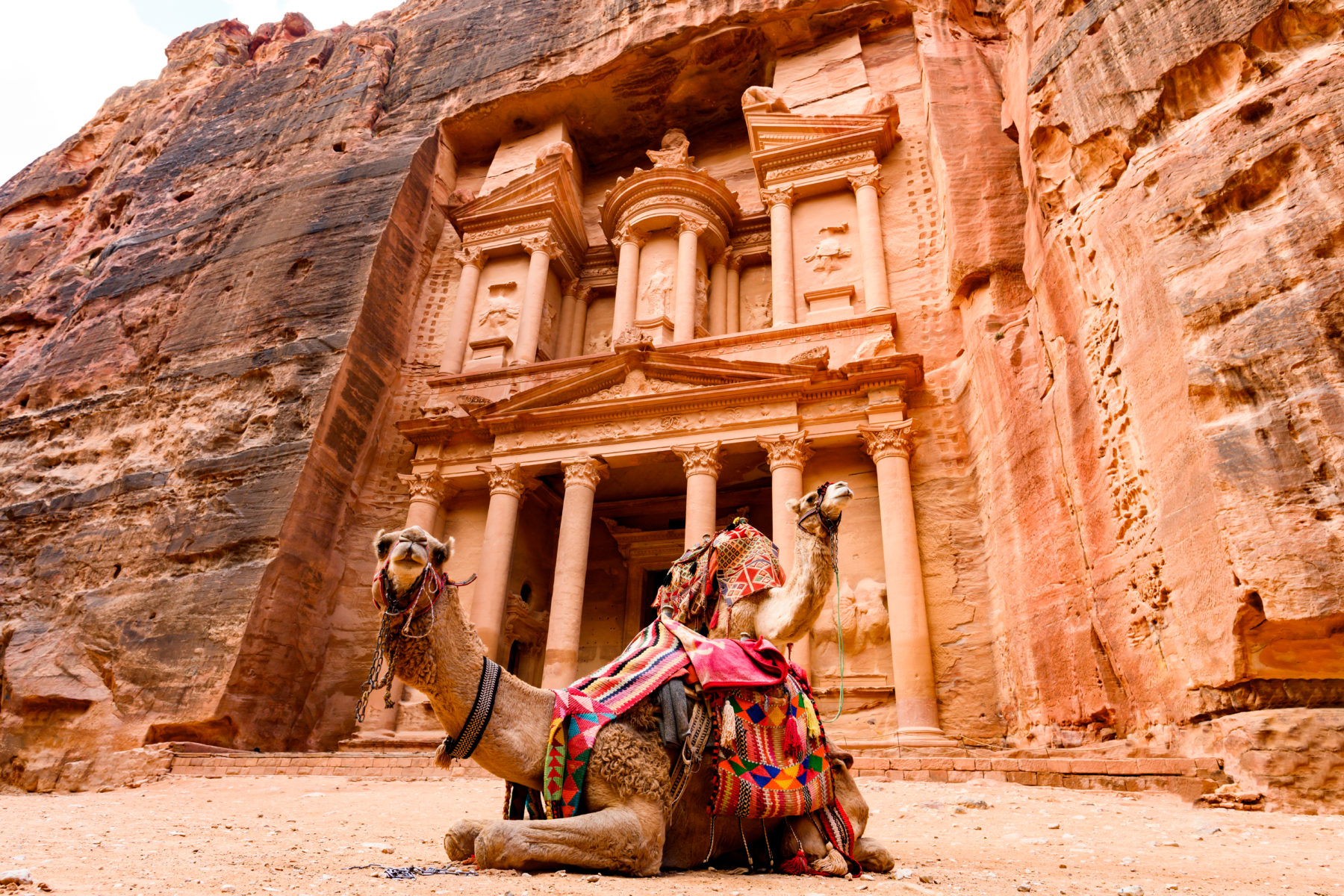 I opted to hire a private guide over going solo or joining a group tour, so I could customize — and make the most — of this bucket-list experience. My guide, Ramzi Nawafleh, hails from a local family with ties to the area that stretch back many generations. He knows Petra intimately, having started working at age 12 as a “horse boy,” offering horseback rides to tourists in Petra.

Petra is massive and crowded with tourists, and I’m glad I had Ramzi to lead me through important sites from the main entrance, known as The Siq, to the most recognizable site, the Treasury. Formally, known as Al Khazna, the ornately decorated Treasury stands nearly 132 feet high and is topped by a funeral urn that’s said to hold the pharaoh’s treasure. 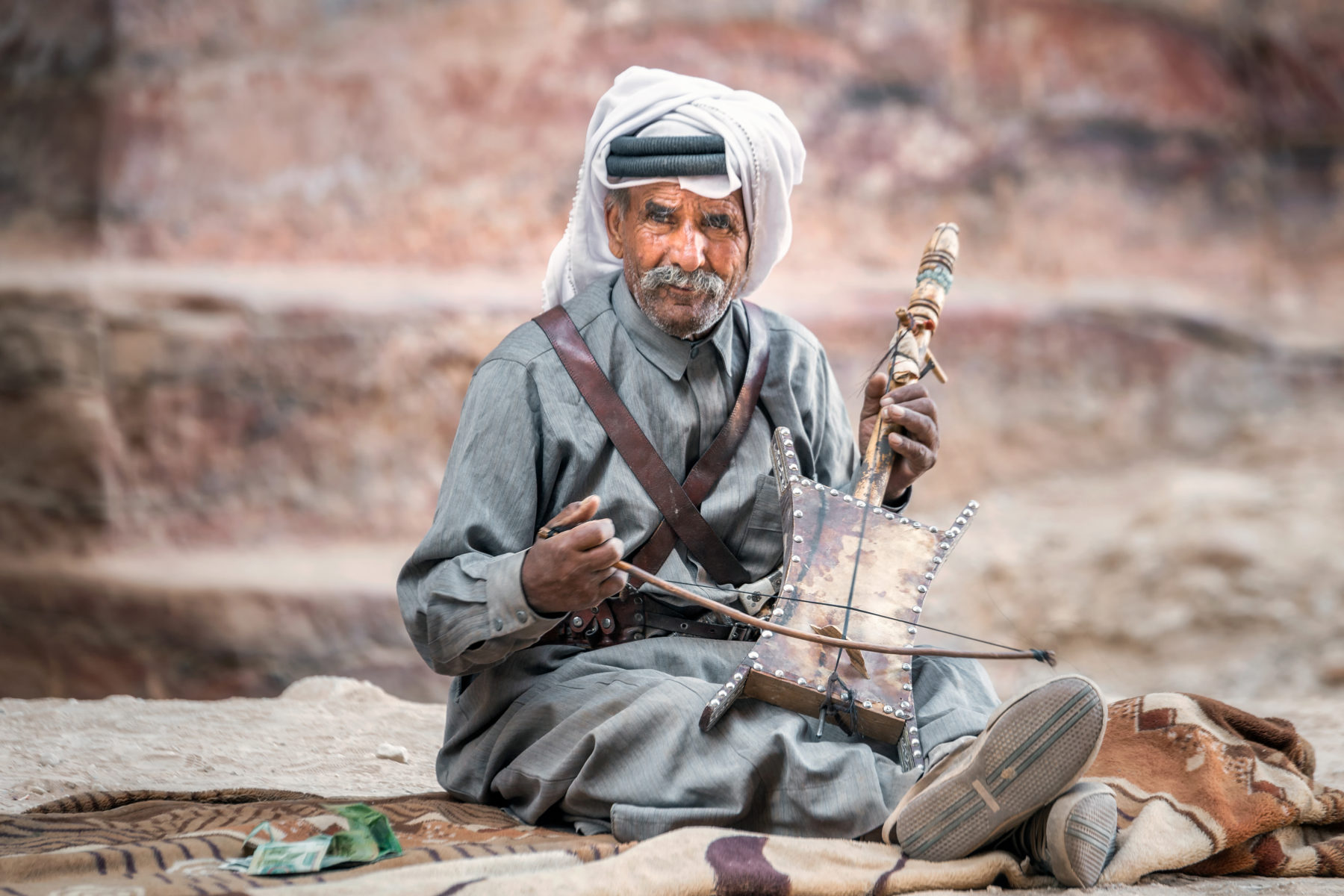 As we wound our way through Petra, Ramzi helped bring the site to life via stories about the Nabataean people. Originally a nomadic desert tribe that worked the spice and incense trading market throughout the Arabian Peninsula, they eventually shifted to an urban lifestyle, helping transform Petra into the hub of a powerful trading empire.

I also gained insights into what life is like today in Petra. Throughout the day, I learned about Ramzi’s life, which resembled my own. We are both entrepreneurs who love travel. Family dominates in Petra, and Ramzi’s family is one of the oldest in the area. 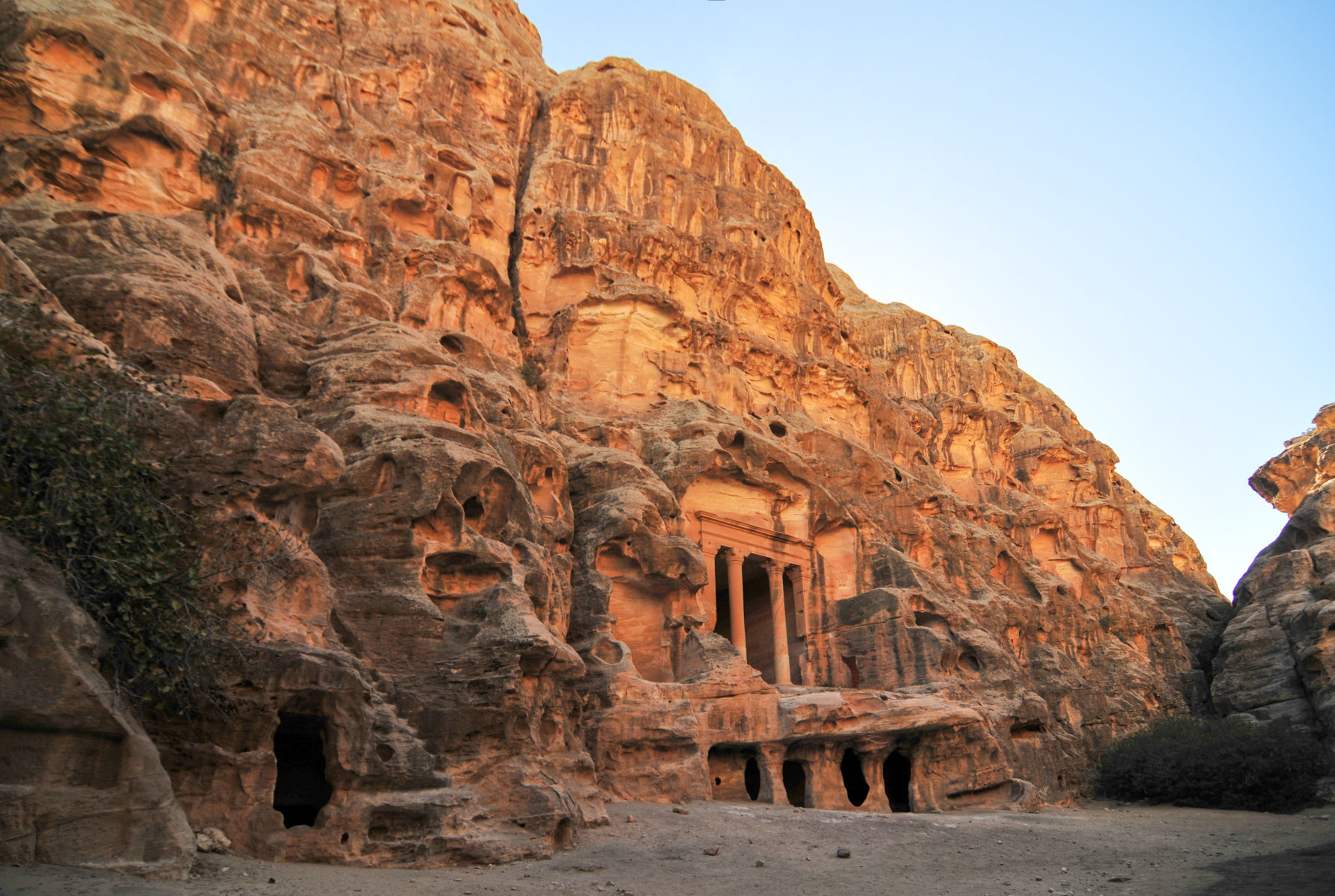 I also visited Siq al-Barid, better known as Little Petra, a short drive north of the main city. Like Petra, it contains tombs, temples and frescoes. One such fresco found in a cave confirmed that this area was once a wine-growing region. Little Petra makes for a great contrast to Petra because it’s less-crowded, yet just as engaging. 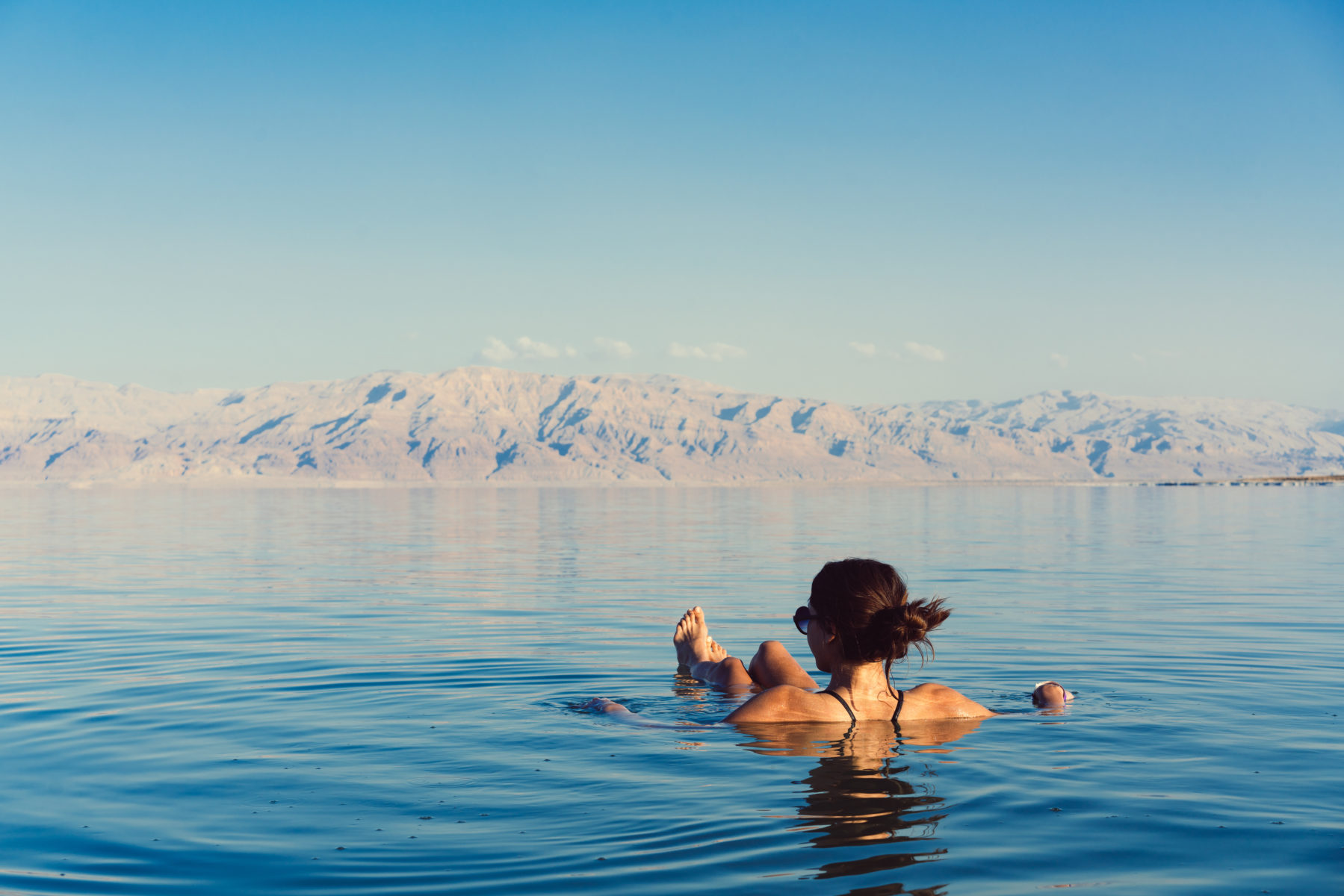 From the Desert to the (Dead) Sea

As part of any bucket list adventure to this region, visiting the Dead Sea is a must. The lowest point on earth at 1,412 feet below sea level, the Dead Sea is a floater’s paradise, with a salinity level of 34 percent — ten times that of the ocean. The mineral rich black mud in the Dead Sea is touted for its health benefits, and I joined other visitors in slathering it on my body to soak up the wellness. Remember that the bottom of the Dead Sea is rocky, making water shoes a must. The salt is brutal on swimsuits, so wearing your best beachwear here is a no-no.

On another day, I headed with Ramzi to Wadi Rum, also as the Valley of the Moon. This vast desert resembles a Martian landscape, and served as the setting for the movies, “The Martian” and “Lawrence of Arabia.” The area is home to the Bedouins, who today are more likely to be seen herding groups of travelers in jeeps than traditional goats with camels. Ramzi explained the history as we drove through this sprawling area, stopping to climb a sand dune, walk on foot through a grotto and across a few natural bridges. 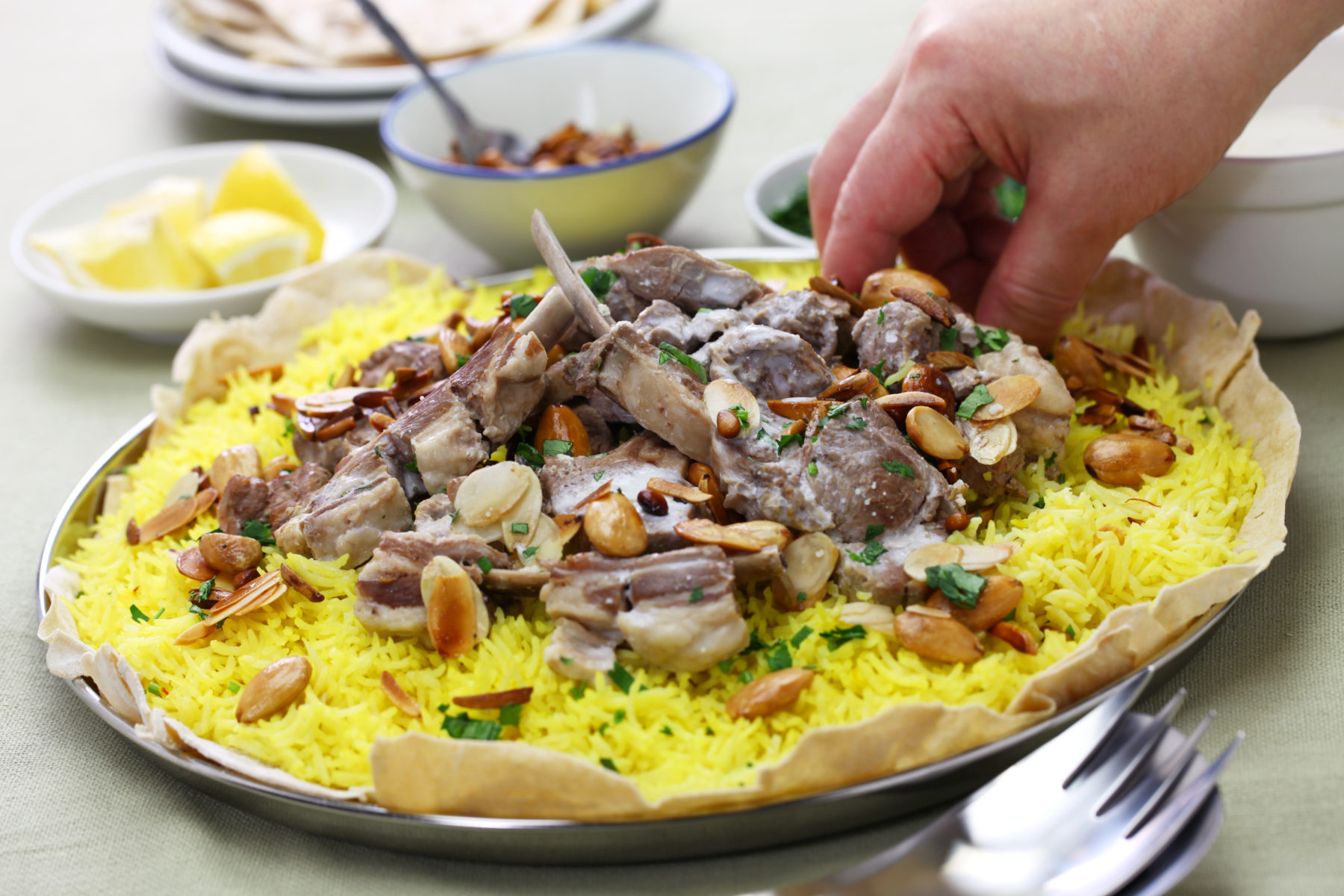 One night of my stay, Ramzi invited me to join him at his sister’s house in the nearby town of Wadi Musa for a traditional dinner of mansaf, chicken marinated in yogurt and served with shrak bread, rice and yogurt sauce. Ramzi claimed he was related to most of the town, and after a never-ending parade of relatives cycled through the house as we ate, I believed him. Arab hospitality is the “more is more” type, and it proved hard to convince our host when I couldn’t eat another bite.

After dinner Ramzi suggested we sit outside and talk. It was a beautiful Saturday night, and additional relatives continued to join us. Throughout the night we took turns exchanging stories. We were simply a group of new friends, enjoying each other’s company on a Saturday night. Like the best travel experiences, this one helped highlight our similarities and encourage acceptance of whatever differences we had.

Later that night, staring at the multitude of twinkling stars lighting up the desert sky so far from home, I marveled at how small the world really can seem.