Whether you want to wander about in the hills or kick back at a concert, Park City offers summer activities that cater to nearly every vacation taste.

The first time I visited Park City, Utah, my son was 2 months old. Our young family of three merrily traipsed about, soaking up all the scenery; a sunrise racing across the Uinta Mountains, downtown’s historic buildings, and the striking blue water of Jordanelle Reservoir. We enjoyed as many of the hotspots — Wasatch Brew Pub, the Utah Olympic Park, and Homestead Crater in nearby Midway — as feasible when traveling with a newborn. It was a great trip, full of fun, rookie-parents-on-vacation memories.

When my son, Dade, was 12, we returned to the area for his annual lacrosse tournament. Yeah, I know, chaperoning 20 preteen boys for a weekend of round-robin competition doesn’t sound like the makings of a blissful, escape-the-rat-race vacation. But when I heard it was in Park City, all those recollections of fun came rushing to mind and I immediately volunteered for duty.

Just as quickly, I began making plans to extend the trip beyond the tournament’s closing ceremonies. Because from outdoor recreation to seasonal festivals to shopping and dining galore, Park City has more than enough summertime fun to fill a weeklong itinerary.

Here’s a sampling of some of the region’s best options. Focus your travel plans on a single category or mix and match to create your own well-rounded sojourn. 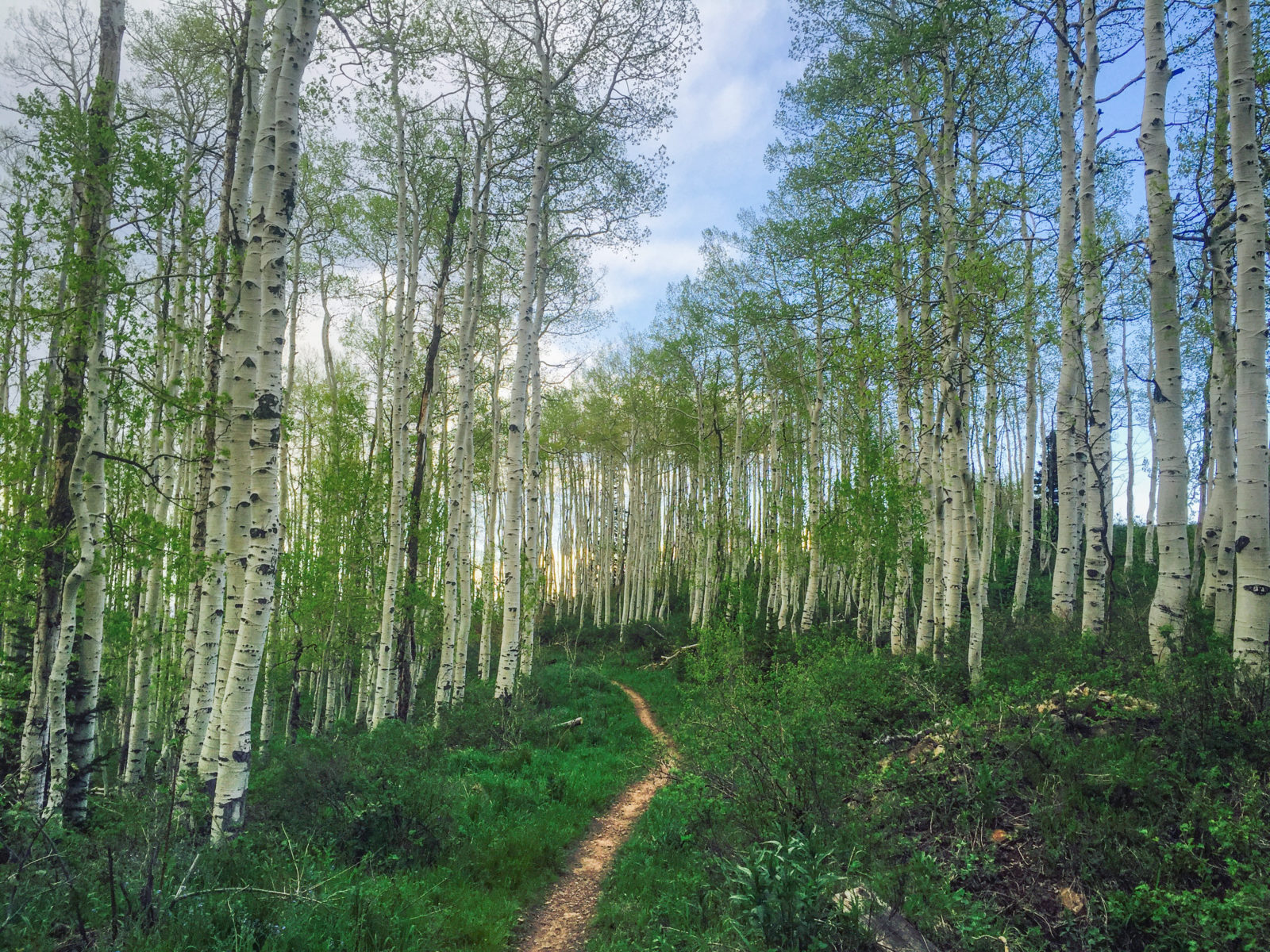 Exploring Mother Nature’s spoils is quite convenient here. There are plenty of miles of hiking and biking adjacent to town in the hills that form the local ski resorts of Canyons, Deer Valley and Park City Mountain. You can even ride the lifts to get a head start on many of the trails. Dade and I, however, wanted to escape a little more — and I wanted to find my favorite of Earth’s scenic features: a high alpine lake.

So, after lacrosse wrapped up, we sat at the Park City Pizza Company sprinkling red pepper flakes on our pepperoni pie and poring over topographic maps. “This looks like a good spot, Dad,” Dade said. His finger had landed in the middle of a green section of map that was peppered with countless amoeba-shaped blue specks. He’s famous for picking walk-to destinations that are all but impossible to reach, but this one proved a winner.

About 50 miles east of Park City, in the Uinta-Wasatch-Cache National Forest, the Crystal Lake Trailhead provided everything we wanted on our hike. There were a handful of cars in the parking lot, but we only saw one other group of trekkers, and instead of just one alpine lake, we visited at least six named bodies of water — Crystal, Long, Island, Duck, Pot and Weir lakes — and sauntered past a number of anonymous little ponds. 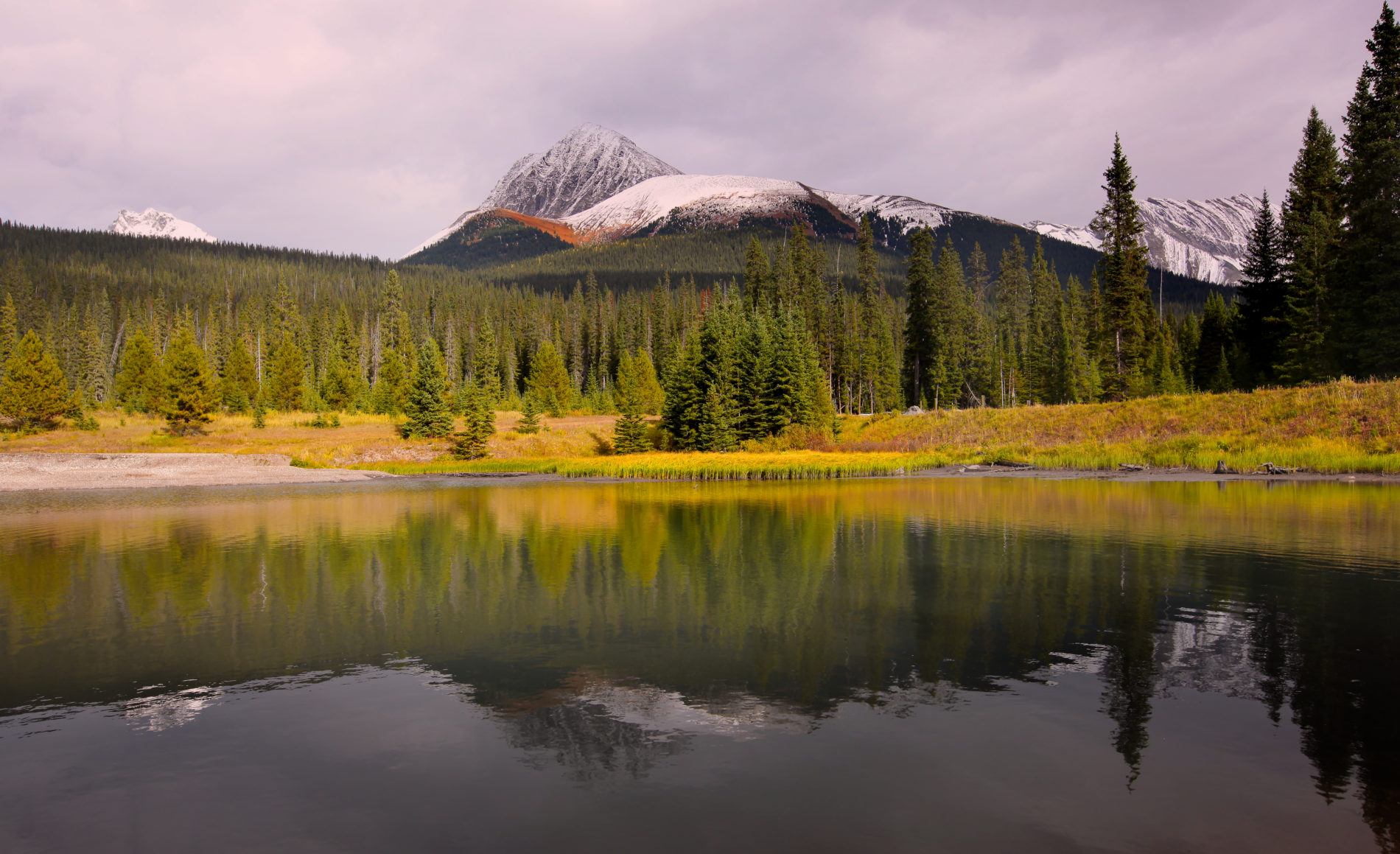 The unquestionable highlight was Island Lake, as, true to its name, there’s a stone island with pine trees — a place that looks as though at one time it was almost certainly inhabited by creatures straight from The Hobbit — just offshore. “We should swim out and camp there tonight, Dad.”

Ah, the spirit of a 12-year-old, who, for the record, wasn’t all that dissuaded even when I explained we didn’t have any overnight gear. Or dry clothes. Or food other than our trail snacks. Or fresh water other than what we were carrying.

Instead, we found a nice place to sit for a while before moving on. The out-and-back distance to Island Lake is approximately six miles round-trip. The Duck Lake loop adds a couple of miles. If you’d like similar scenery without all the walking, drive a little farther east to Mirror Lake. It’s a pretty spot immediately accessible from the parking lot. 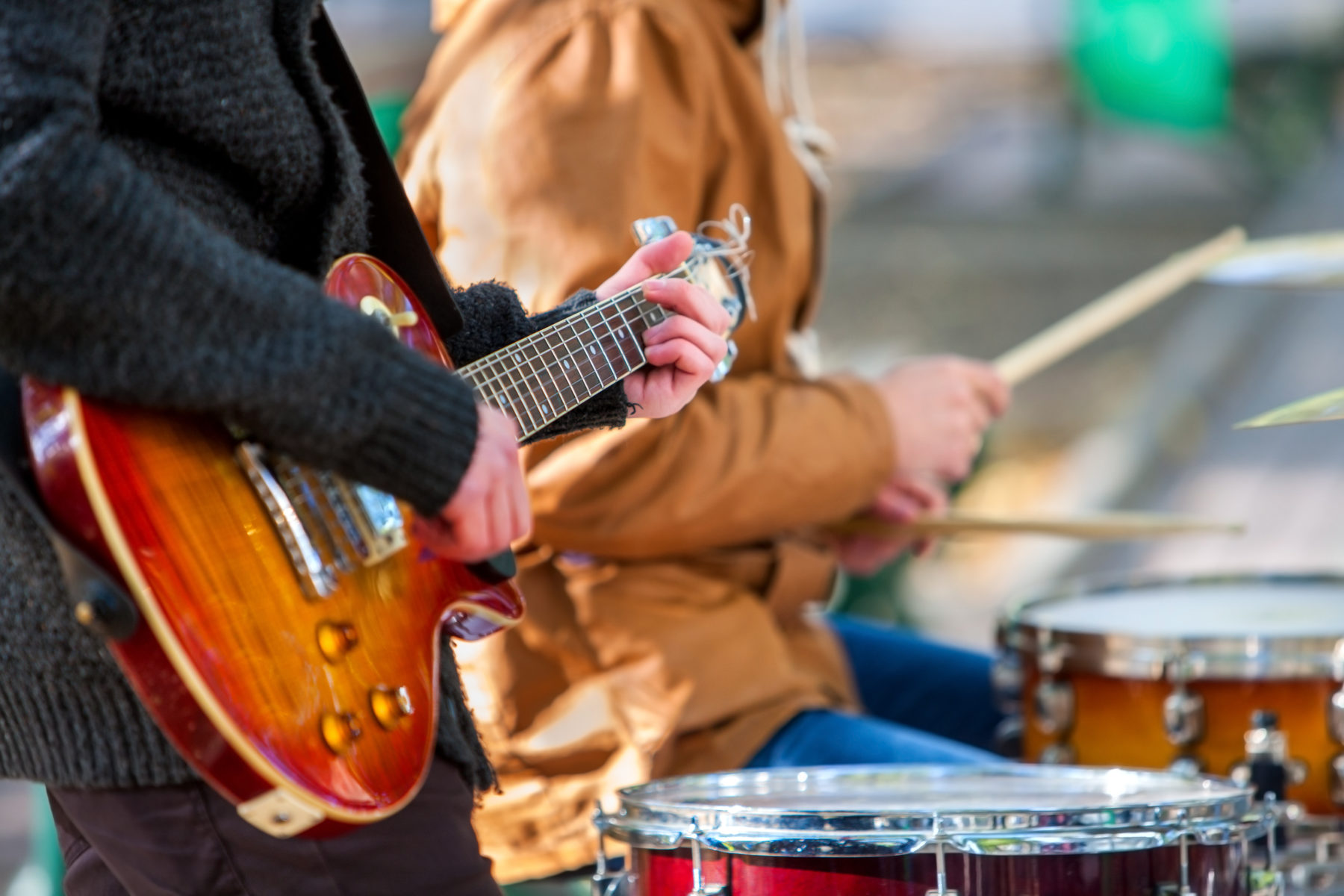 As much as I cherish “the serenity of a clear blue mountain lake” (thank you, John Denver), I also appreciate the revelry of a concert or festival set amid those same mountains, and Park City definitely keeps the party going throughout the summer.

In its second year, the new Deer Valley concert series hosts nationally renowned musical acts at the Snow Park Outdoor Amphitheatre. With reserved and general admission lawn seating available, and bring-your-own picnics allowed, it’s a great evening of entertainment whether you’re a fan of the band or just want to enjoy a good plate of charcuterie with live music playing in the background.

The same venue hosts shows during the Deer Valley Music Festival, a summer’s worth of performances featuring the Utah Symphony. Some nights spotlight classic arrangements, such as when they play the “1812 Overture,” and others offer more modern fare, with renditions of renowned movie scores or tributes to popular rock ’n’ roll bands. 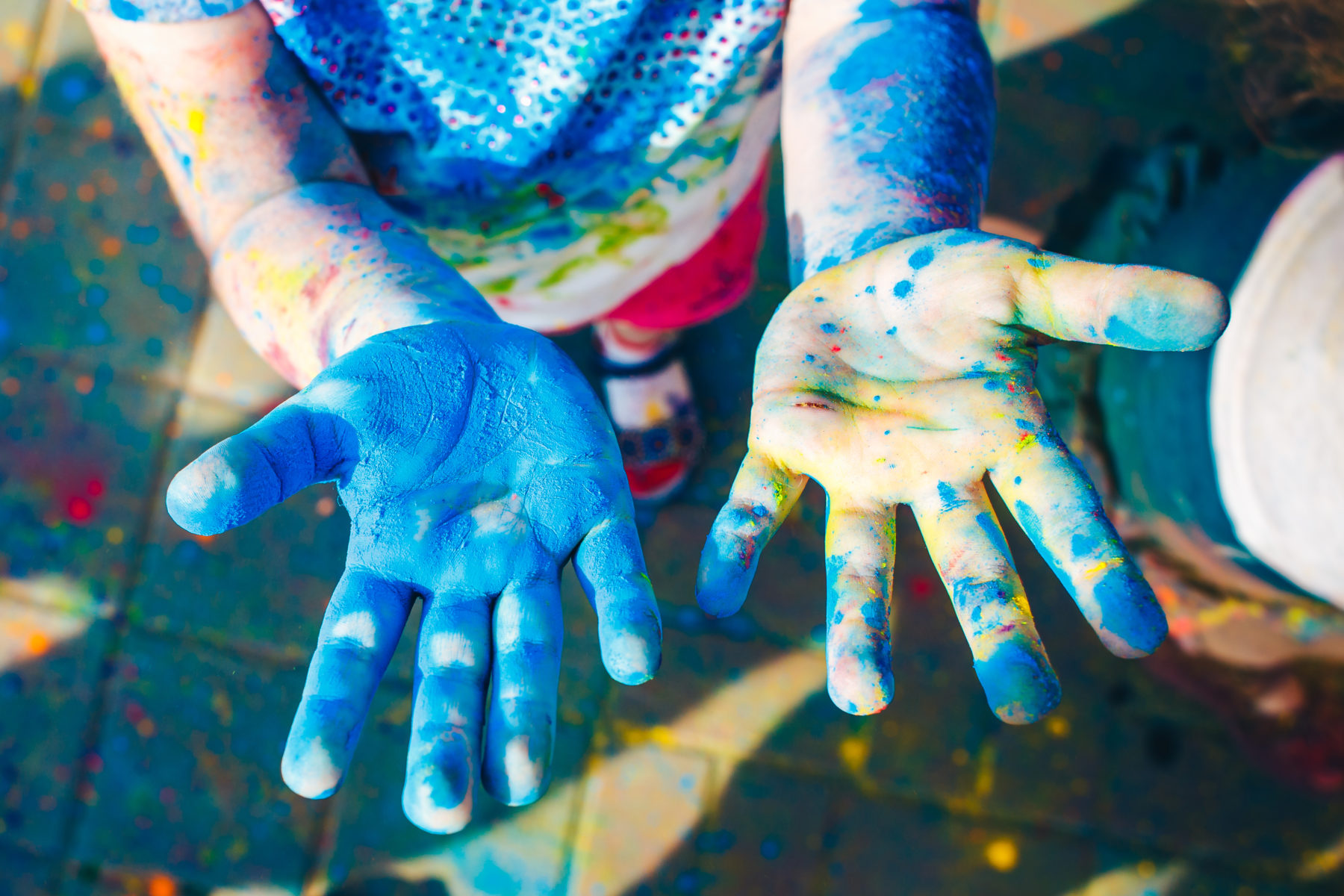 For three days, usually at the beginning of August, hundreds of artists and nearly 60,000 patrons descend on downtown for the annual Park City Kimball Arts Festival. Technically, it serves as a fundraiser for the namesake center of art education and exhibition, but truly, it’s a fun-filled community event complete with food vendors, live music, a kids’ area and incredible art for purchase.

Unfortunately, we weren’t able to attend any of these special events, but we did partake in the Park Silly Sunday Market. And by partake, I mean we did a little street Zumba, Dade got a lacrosse-themed “tattoo” and we cheered for a group of fire dancers. Park Silly happens every Sunday from June through September (except during the Kimball Arts Festival), and also features a lot of food, plenty of handicrafts and an assortment of entertainment — plus a bunch of homegrown fruits and vegetables, and, the day we were there, a bloody Mary bar that was a hit with the team parents in attendance. 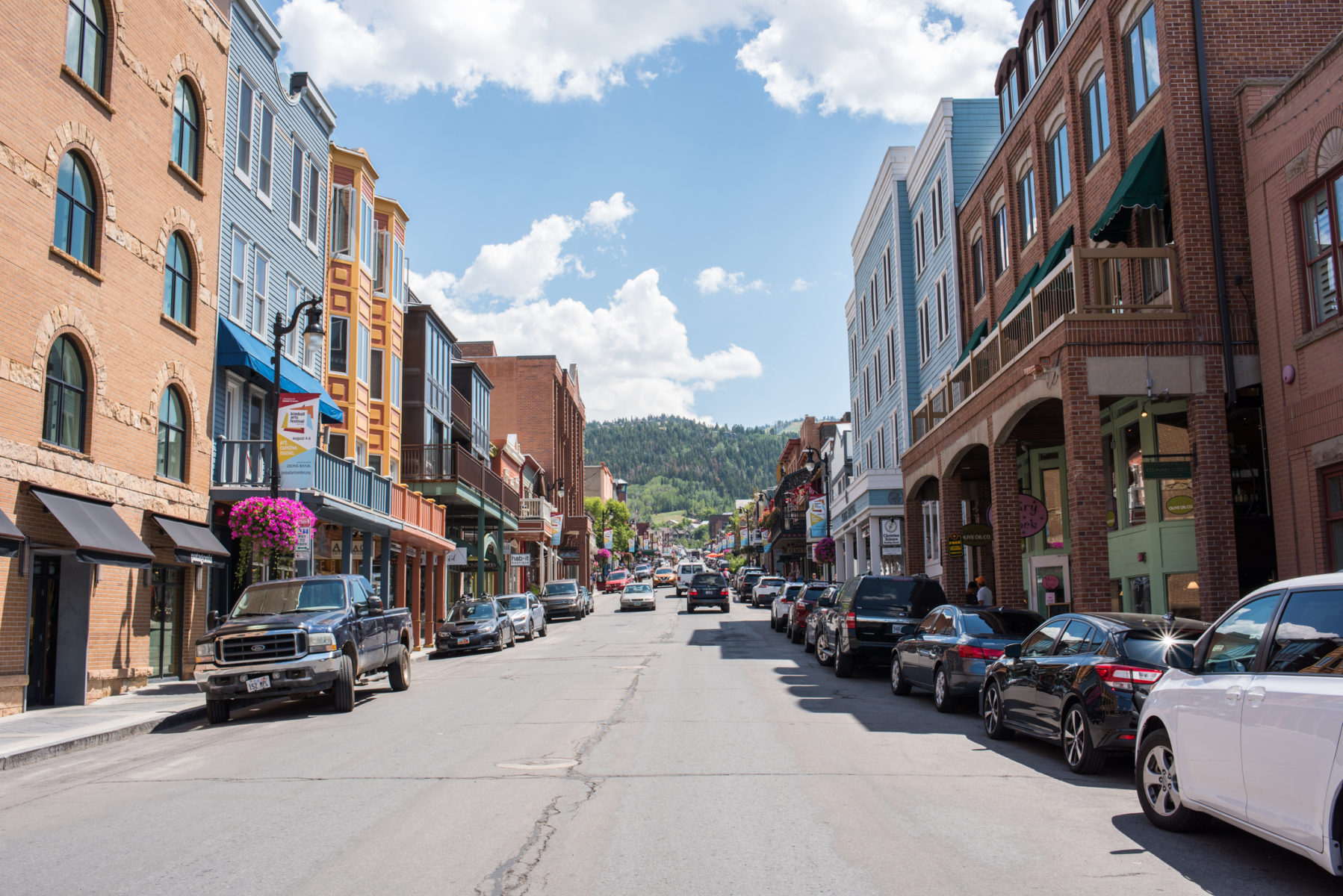 No matter what sort of activities you fill your time with — hiking and biking or festival hopping — the one thing we all need to do is eat. Which is no problem, as at last count, this mountain town of around 8,000 permanent residents claimed more than 100 restaurants.

There also are Park City Food Tours, during which local guides lead group outings to sample the fare at various top eateries, and in July, the Park City Food & Wine Classic pairs plates with good drinks — and sometimes all that with outdoor excursions such as fishing and golf.

I admire all the choices, but when it comes to dining, I lean to the if-it-ain’t-broke-don’t-fix-it end of the spectrum, so I keep going back to the Wasatch Brew Pub — and they keep making me happy. Especially this last trip, when their apricot hefeweizen perked me up after our day of hiking.

Dade ordered the fish and chips, and I had a house buffalo burger topped with Cajun remoulade and cheddar cheese from a nearby creamery. “I’m glad we didn’t camp out there on Hobbit Island,” I said after a couple bites. “This is way better than the Clif Bars and beef jerky we would have been eating for dinner.”

Dade nodded. “Yeah, but think how cool it would have been.”

I smiled and took another drink of my beer. “Maybe next year, buddy.”

This excerpt originally appeared in the Spring 2015 issue of the North American edition of Interval World magazine, published by Interval International®, an indirect subsidiary of Marriott Vacations Worldwide. Any re-use of this content, or any portion of this content, is strictly prohibited. All rights reserved.