Ever since I got engaged there, I’ve harbored a special love for Spain’s second largest city. Here are my favorite romantic activities for couples in Barcelona.

I had been dating my now-husband for five years when we planned a European cruise that ended in Barcelona. I’d thought he might propose on the cruise, but when the last day came and he still hadn’t popped the question, I was pretty sure it wasn’t going to happen. Little did I know he had a plan: to make his move in Barcelona.

We were staying at the romantic Hotel Arts Barcelona, a five-star luxurious retreat perched on the shores of the Mediterranean Sea, when he asked me to marry him. It was romantic and special, and I will always think of the Spanish city as the city of love — well, my love anyway. We then spent several days exploring, and everything about Barcelona struck me as romantic: the location by the sea, the couples strolling hand-in-in-hand, the tapas we consumed late at night with lots of red wine, and the historic and architectural wonders.

In short, if you’re looking for a little romance with your significant other, Barcelona is the place to be. These are my favorite things for couples to do there: 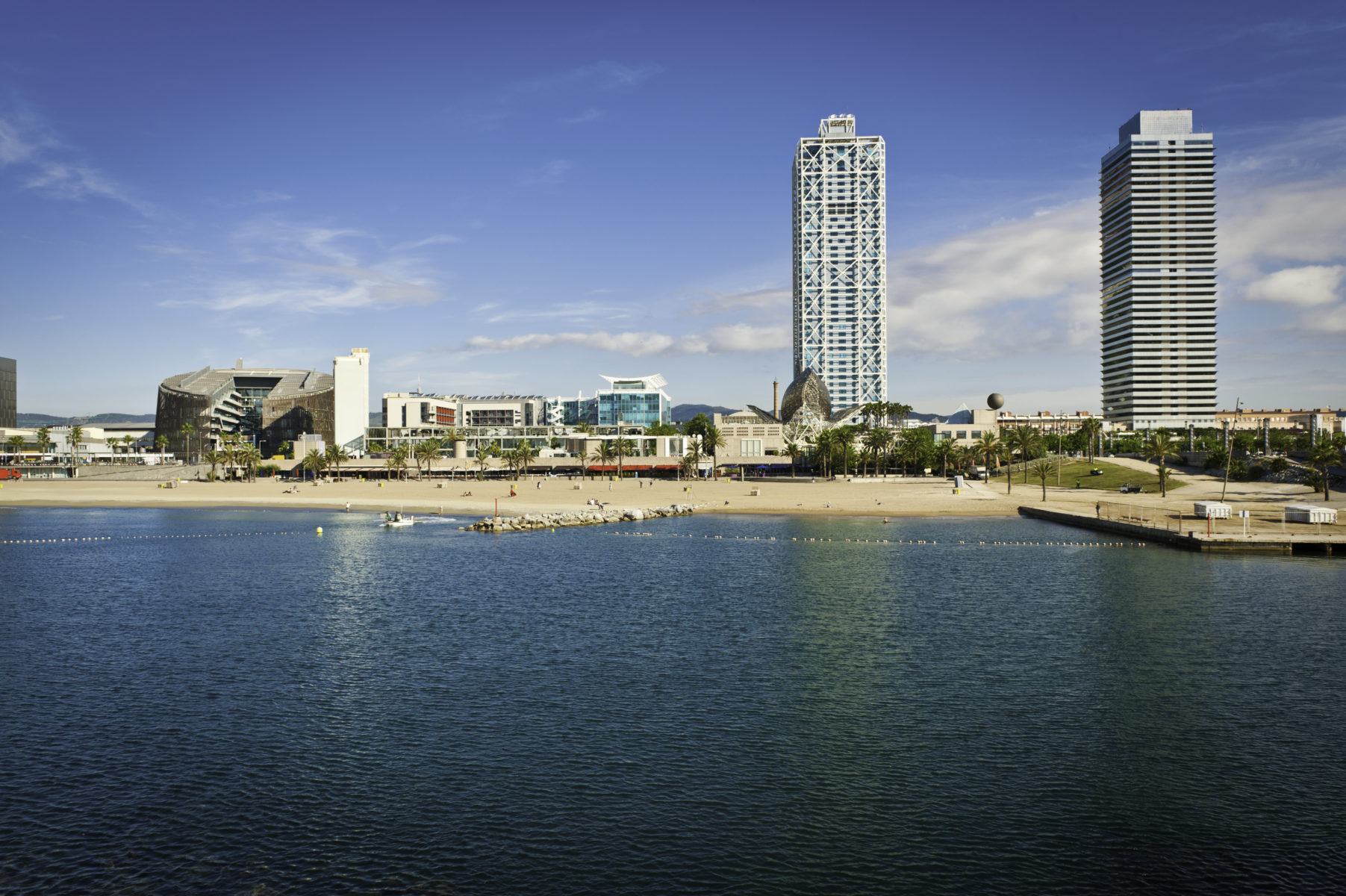 Relax and dine in grand style.

Even if you don’t stay at the Hotel Arts Barcelona, visit the property — it epitomizes a romantic getaway. Book a couples massage at 43 the Spa, a two-story spa located on the 42nd and 43rd floors of the hotel with sea views. The spa offers an extensive menu of relaxing treatments; I loved the 43 Experience: two hours of bliss incorporating chiropractic techniques, pressure points, stretching and aromatherapy oils.

After all that first-class rejuvenation, indulge in a romantic dinner and wine pairing for two at Enoteca, the hotel’s two-Michelin-star restaurant. Its wine cellar features more than 700 wines from around the world and from local winemakers; the on-site sommelier will help you choose the right bottle. We took the experts’ recommendations regarding food and wine — our meal of grilled fish, fresh pasta, delicious olives and a decadent chocolate dessert was spectacular. 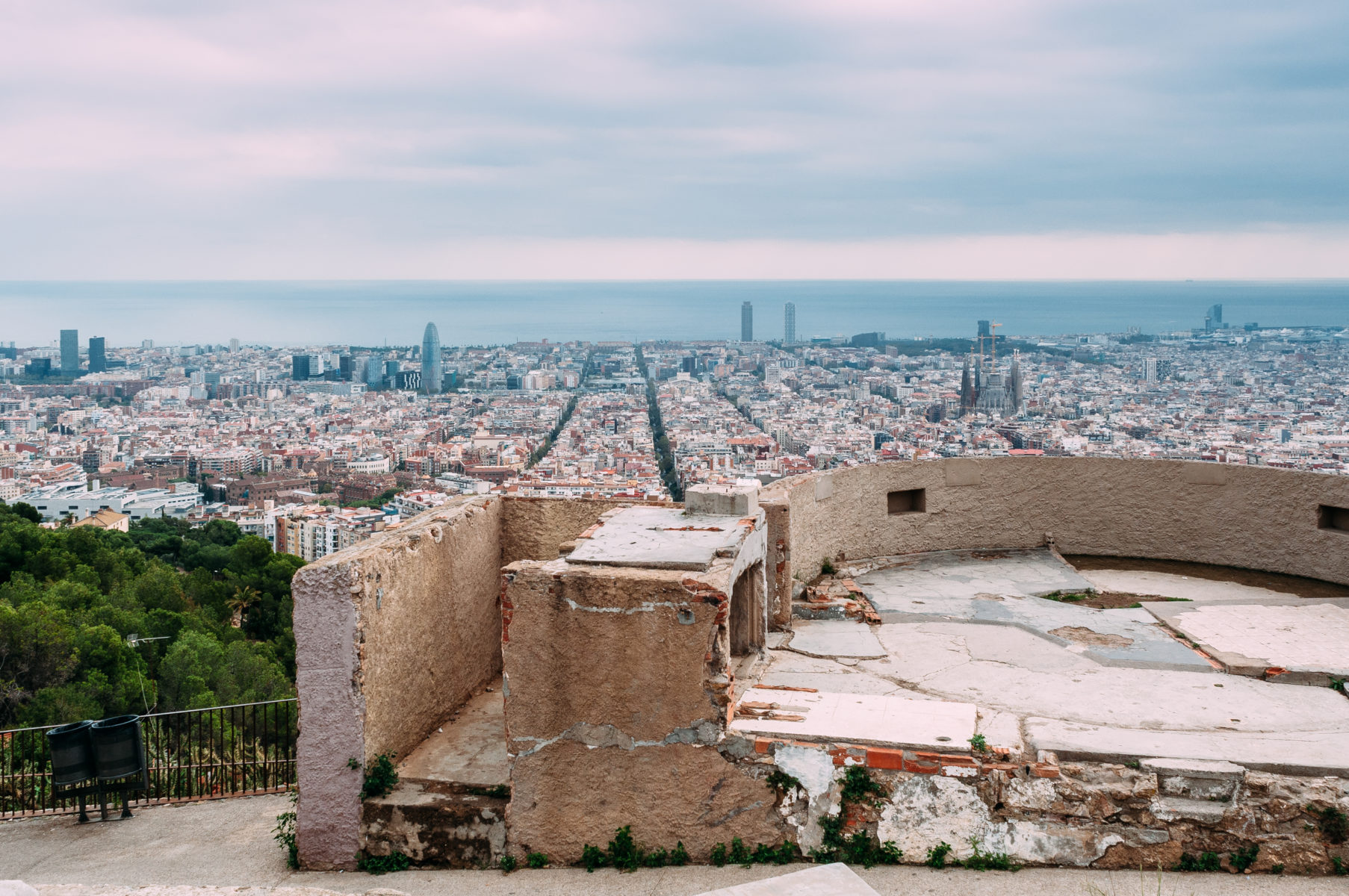 Enjoy one of the best — and most romantic — views in the city at Bunkers del Carmel. Few locals and tourists know about this spot, which keeps away the crowds. In my opinion, these old anti-aircraft fortifications in the El Carmel district offer the best sunset-viewing in the city. We sat on a bunker, snuggled under a blanket and enjoyed a bottle of red wine as the sun sank below the horizon. It was ridiculously romantic and became one of my fondest Barcelona memories. 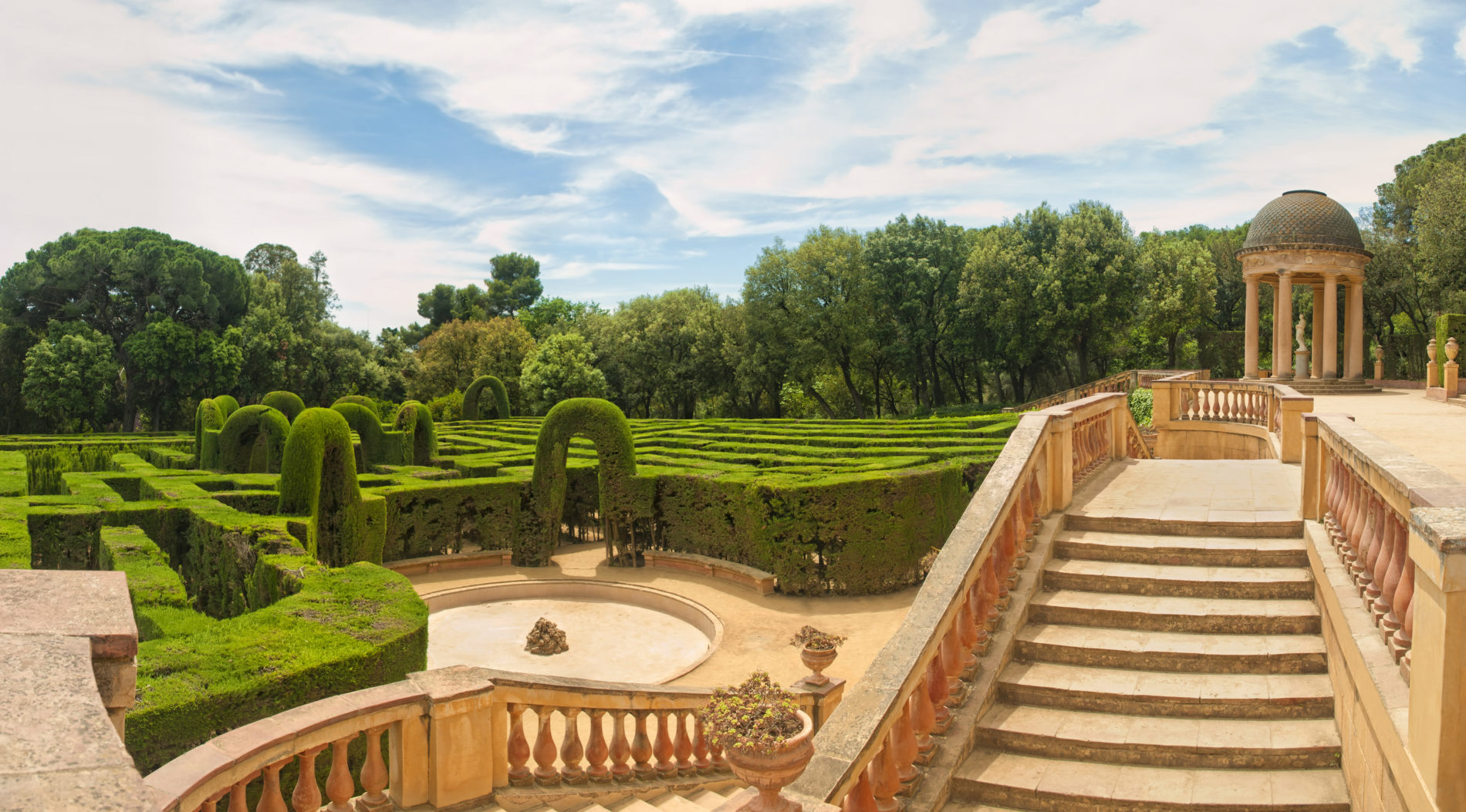 Get lost in a maze at Parc del Laberint.

One of the oldest gardens in Barcelona, Parc del Laberint is perfect for a picnic or a romantic stroll. An engineer designed the maze in 1792, and the intricate landscaping is a visual treat. Taking artistic gardening to a new level, Parc del Laberint highlights hidden corners, beautiful cypress trees, whimsical pathways and sculptures of mythological creatures. A walk anywhere in the world can be romantic, if you’re with the right person — but this spot is off the charts. 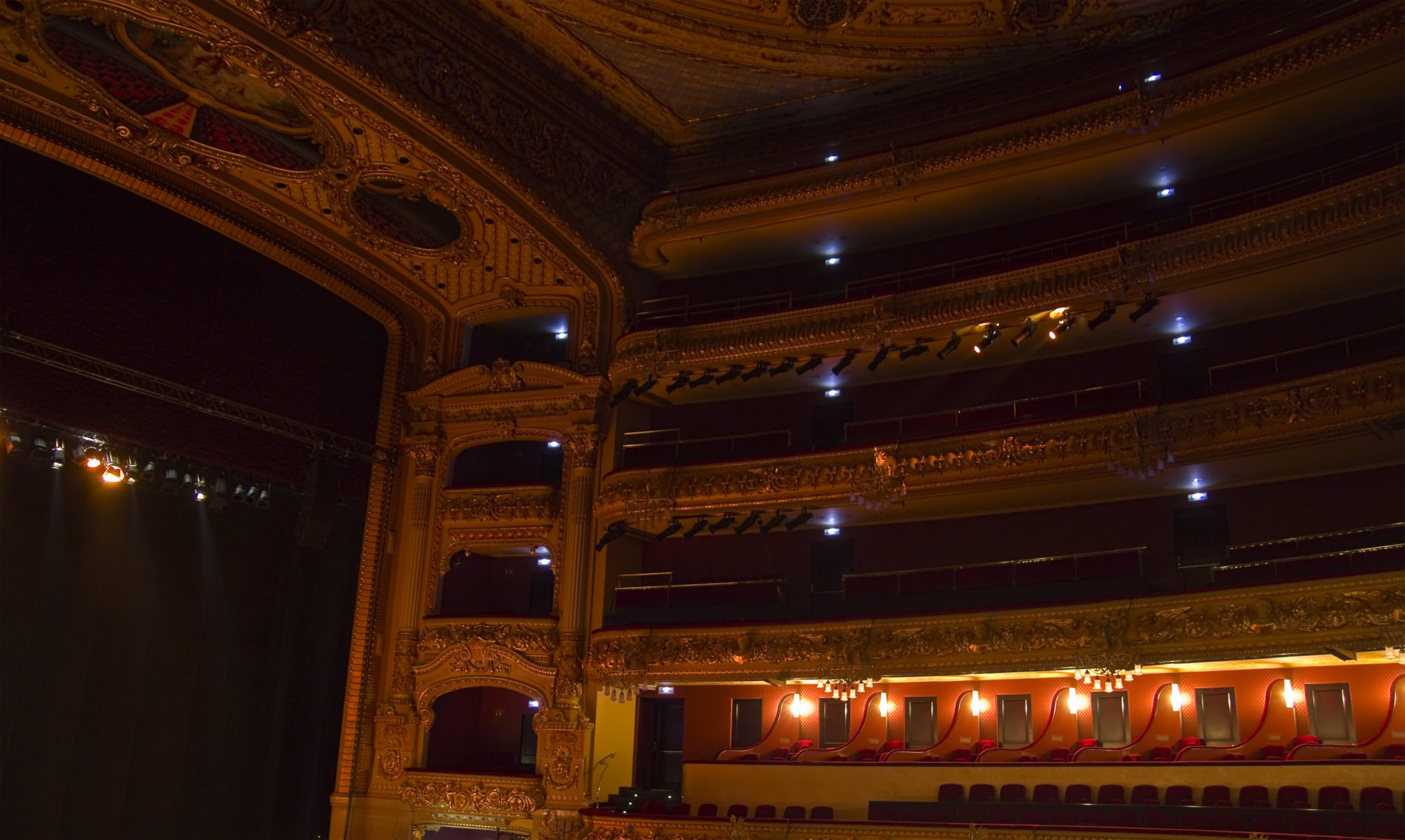 I think few things are more romantic than opera — both the stories, and the passion with which it’s sung. Liceu Opera House is one of Barcelona’s most historic buildings (and one of Europe’s most highly regarded opera houses). And taking a tour is an excellent way to spend an afternoon. We learned the history of both the building and the opera, as well as the stories behind the architectural details that make the building so beautiful. 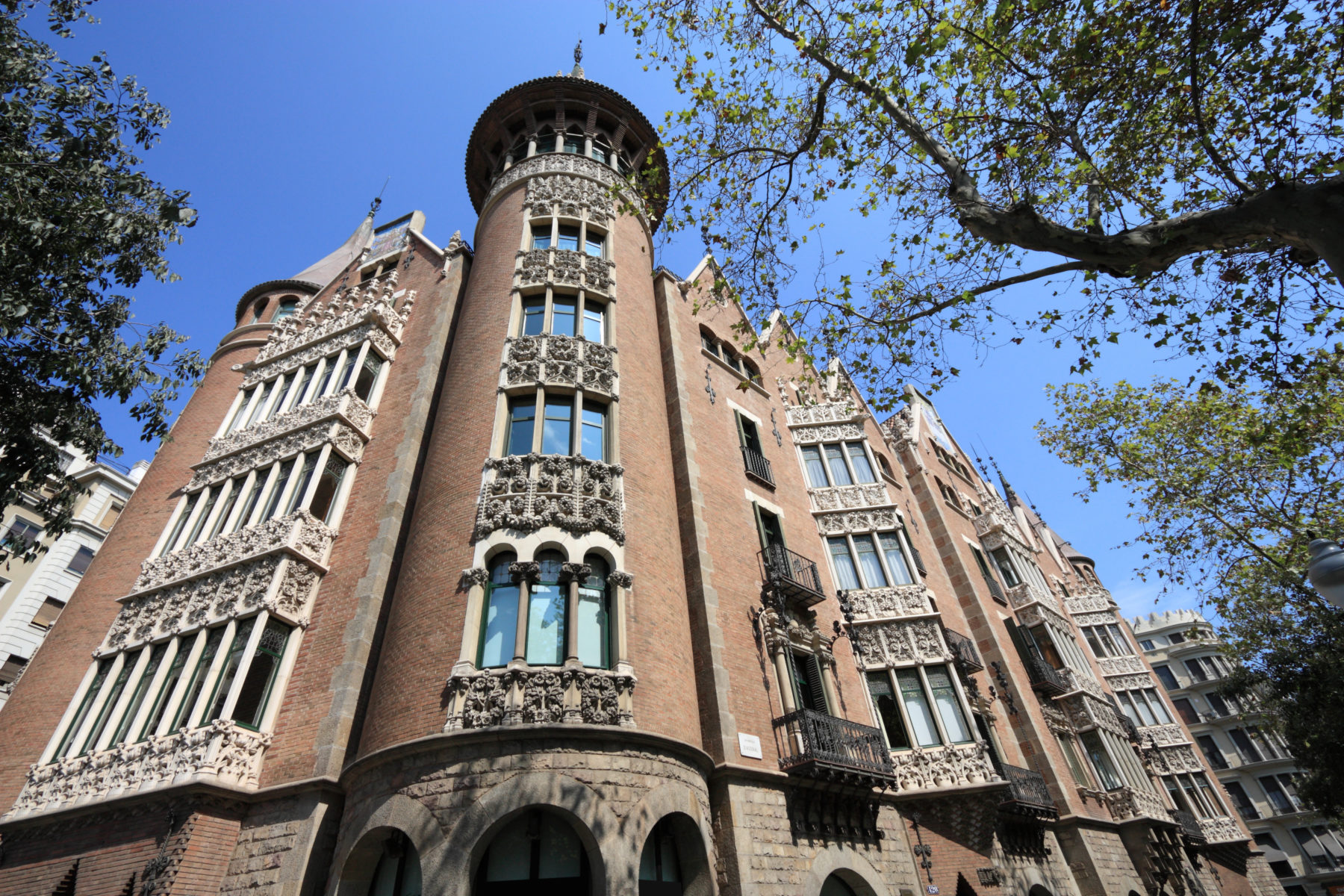 Marvel at the architecture of Casa de les Punxes.

An iconic building on the Barcelona skyline, Casa de les Punxes calls to mind a large Gothic castle. Closed for more than a century, the Art Nouveau icon reopened to the public in 2016. While you’re here, take a guided tour of the interior — it’s a must for anyone who loves architecture (like me). There is something undeniably romantic about exploring such an old building that has withstood the test of time.

I’ve been married to my husband for ten years now, and the longer we stay together the stronger we become. Like our favorite city, we grow and change over time — but the essence of who we really are stays the same.

Explore More:
Discover Barcelona before, during or after a Spain guided tour, available through the Marriott Vacation Club Destinations® Exchange Program.