American history is woven into the fabric of San Diego. On a recent trip to this sunny city, my family enjoyed exploring a range of fun patriotic activities and historic sites.

On our first visit to San Diego, my son and I gazed out at the ocean, smiling as we pointed out the fins of dolphins rising and falling in the surf. Upon closer look, however, we realized those were not fins at all. A woman next to us filled us in: they were Navy Seals in training!

Such a sight is not unfamiliar in this city, which is best known for its perfect weather and its long military history. Designated as California’s first settlement, San Diego was also home to Catholic Saint Junipero Serra’s first mission. As the population grew, the military built bases in the area. The city eventually became a hotspot of military museums and memorials marking San Diego’s important role in America’s history, which continues on today. Here are a few of our favorite historic sites and activities in the area: 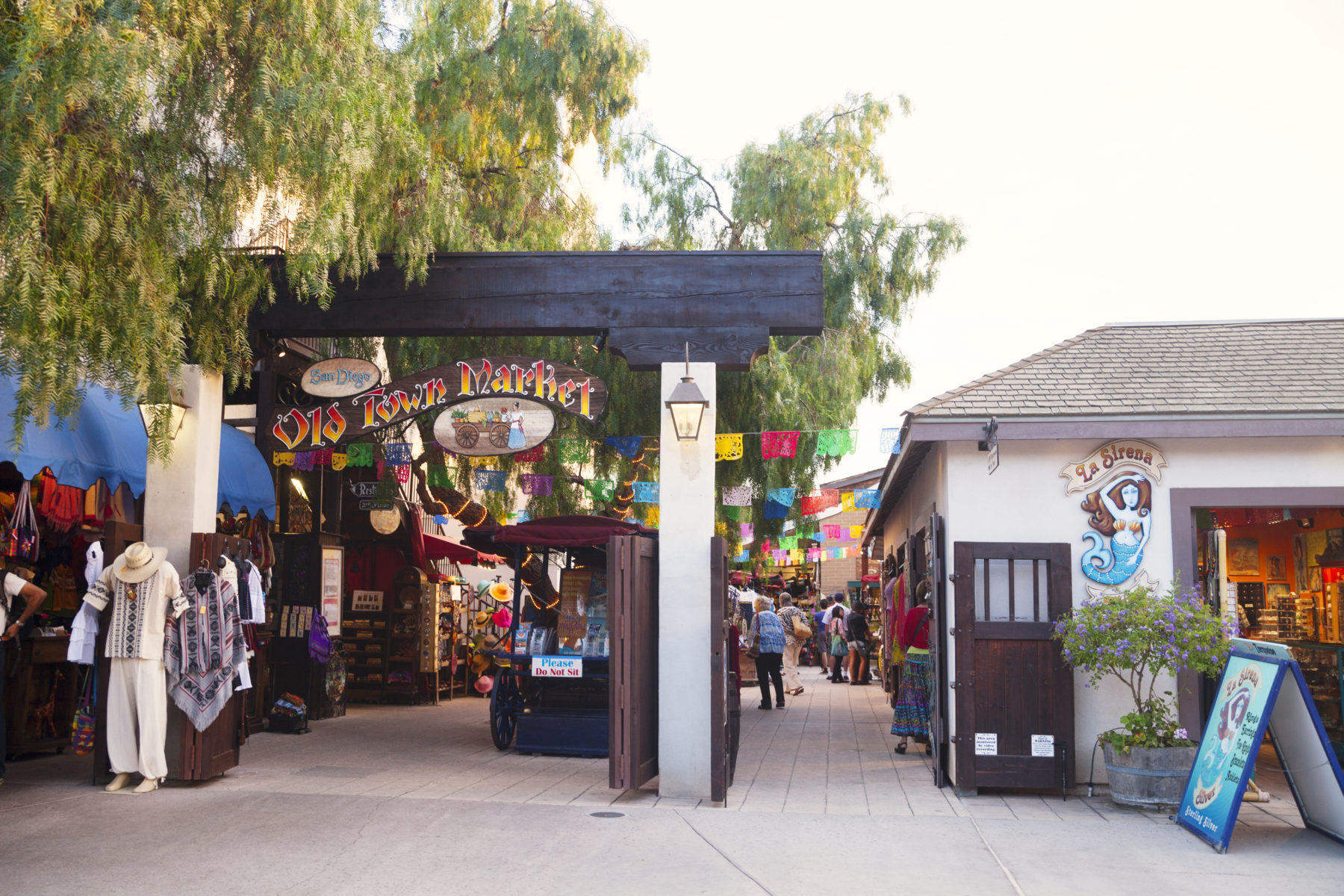 In Old Town San Diego, our family got a taste of what life was like for California’s first settlers. Known as the birthplace of California, Old Town dates to 1769 and marks the site of the first permanent Spanish settlement in the state.

Today, many historic 19th-century buildings remain, including the supposedly haunted Whaley House Museum. As we explored the area, we enjoyed seeing demonstrations of craftsmen at work. We also stopped to savor authentic Mexican food and live Mexican music while we were in the neighborhood. 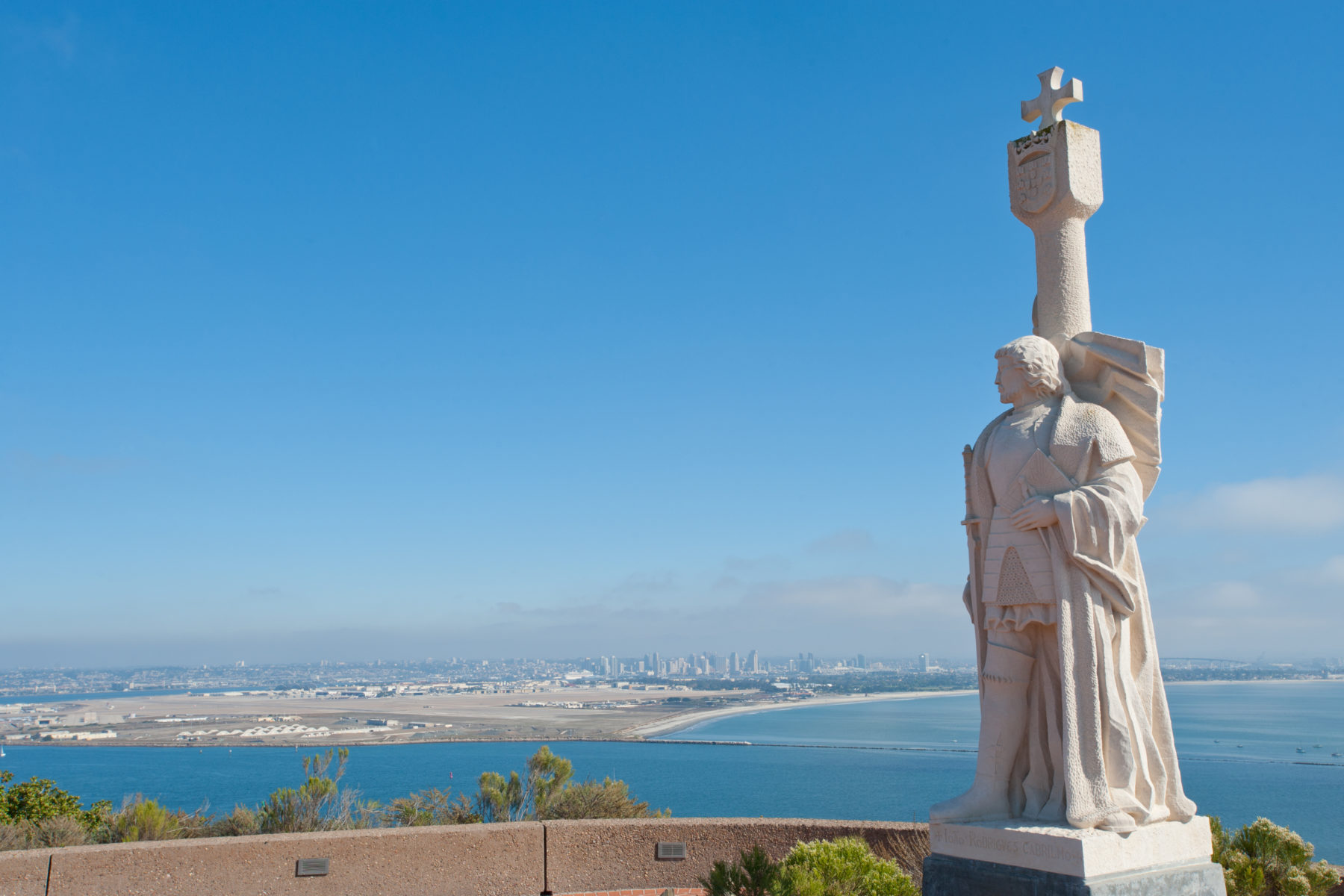 Close to downtown and the airport, you’ll find the lovely Cabrillo National Monument at Point Loma, where Juan Rodriguez Cabrillo became the first European to visit the West Coast of the U.S. Overlooking Coronado Island and the Pacific Ocean, the area has lots of fun tide pools for kids to discover octopus and other sea creatures temporarily caught in the shallow waters.

The area’s mix of American history and engaging hands-on activities kept everyone in our family interested. We also kept an eye out for whales — apparently it’s the perfect place to spot one, although we didn’t see any that day.

For your best chance to see whales off the coast of San Diego, visit from mid-December to April (gray whales) or mid-June to September (blue whales). 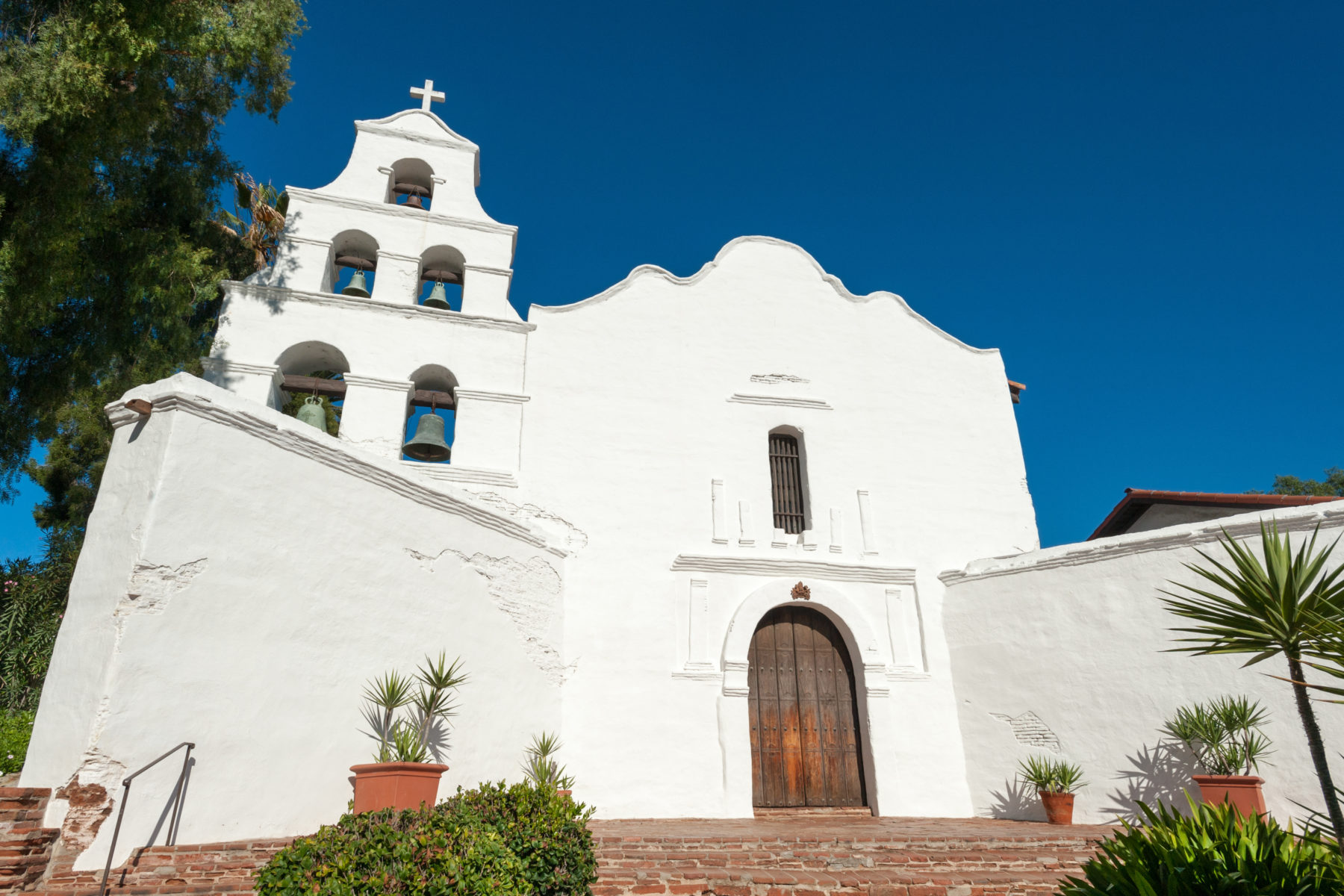 For a peaceful respite one morning, my eight-year-old son and I made our way to Mission San Diego de Alcalá, the first of 21 Catholic missions established across California. We loved exploring the sacred ground of many holy people and attending mass in the same space as those men and women hundreds of years before us.

Mission San Diego was founded in 1769, and today you can visit the Old Mission Church, which is also a basilica that’s been rebuilt many times over the years. Reconstruction in 1931 restored the mission to what it would have looked like in 1813, and the beautiful church along with the quiet grounds make for a lovely morning stroll. 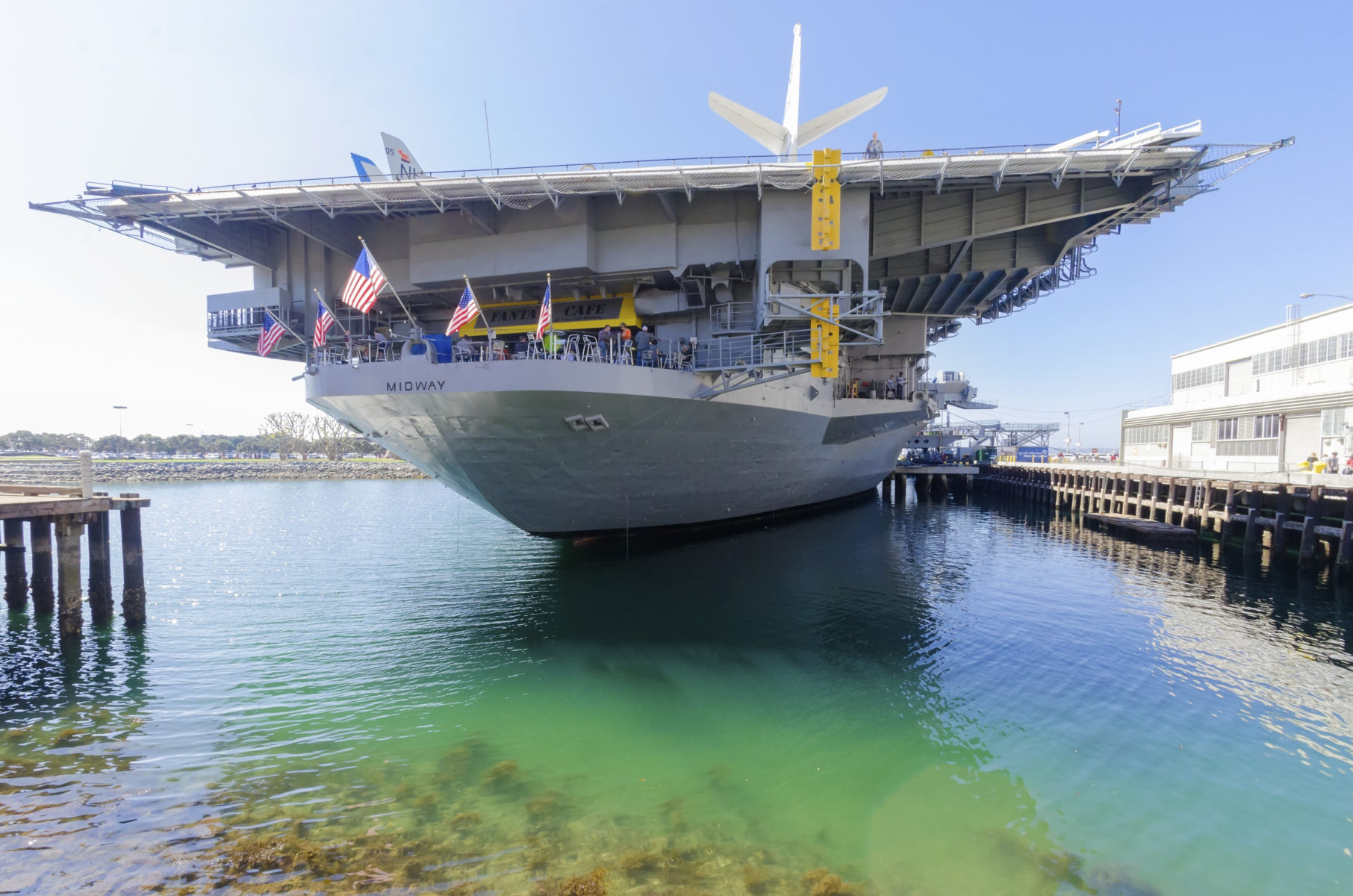 San Diego does a wonderful job of honoring our military and veterans at some of the city’s most beautiful sites. Mt. Soledad Veterans Memorial, set high above San Diego and featuring a more than 40-foot-tall cross, pays tribute to veterans from the Revolutionary War to modern-day conflicts.

Visitors can also explore the USS Midway Museum in San Diego Bay. It’s the area’s most popular family attraction and the longest-serving Navy aircraft carrier of the 20th century. We loved seeing the city-sized ship from the water after renting a boat on Coronado Island and touring the bay. You can even book an overnight stay on the USS Midway to see what it was like to both live — and sleep — on this historic vessel. 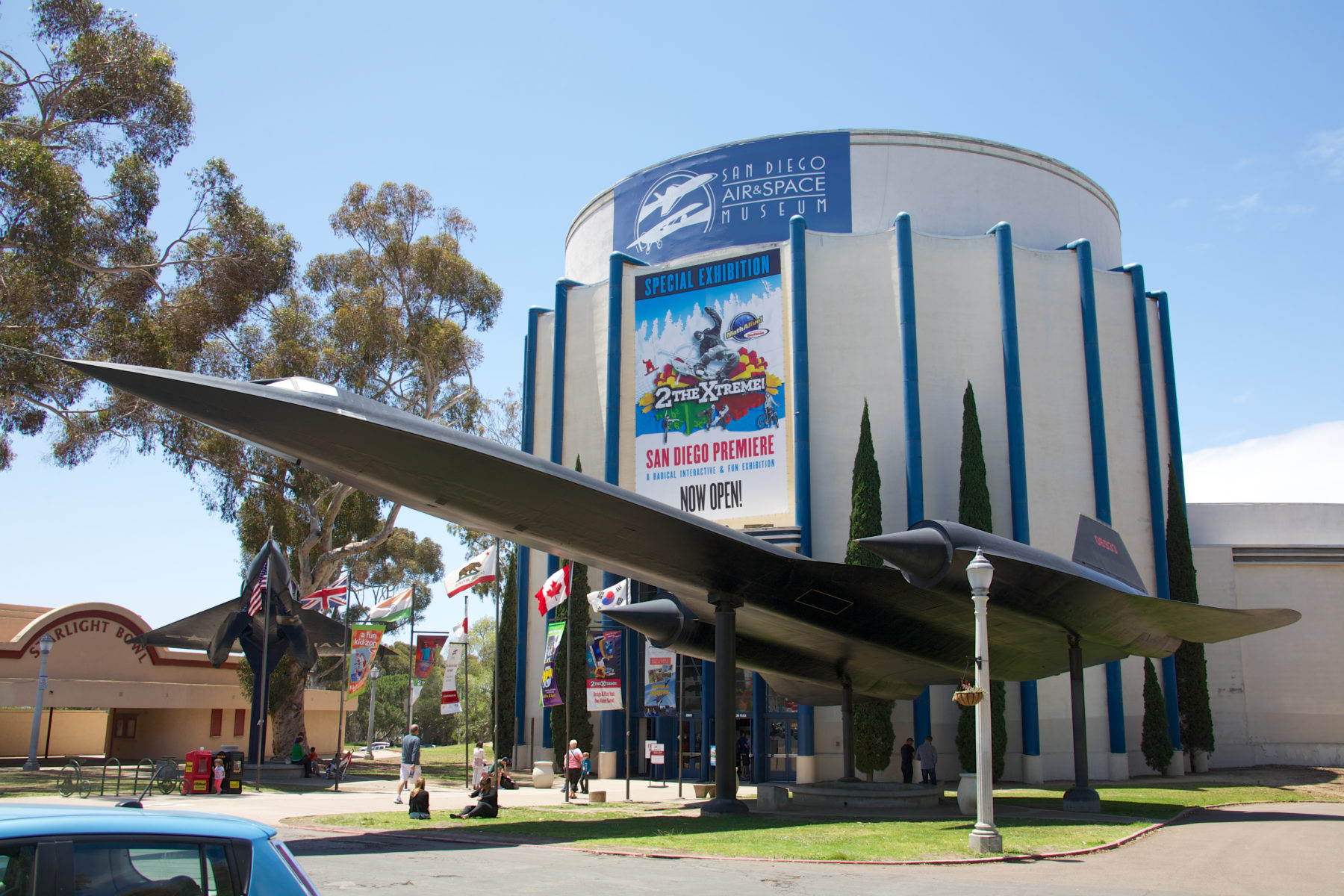 And if you have a few extra days in San Diego and want to delve further into American history, visit Liberty Station. More than a million military personnel have trained here since the 1920s. You can also explore World War II artifacts at CAF Air Group One World War II Museum and Hangar. Aviation buffs may want to view the classic military aircraft at the San Diego Air & Space Museum, or visit the Flying Leatherneck Aviation Museum, which is the only Marine Corps Aviation museum in the United States.

For traveling families, October is a great month to visit San Diego with kids since they get free or discounted admission at many attractions, including the USS Midway.

San Diego Bay is surrounded by military bases, including Naval Base Point Loma, Naval Base San Diego and Marine Corps Recruit Depot San Diego. During our time on Coronado Island, my son loved watching military helicopters fly overhead several times a day. But, for our family, nothing topped seeing Navy SEALs swim in the ocean just offshore. It was an authentic look at the life of dedicated military personnel and a continual reminder of this city’s long historic importance.