You’ll find more to do within a mile radius of Marriott Vacation Club Pulse®, New York City, than in some entire cities. This is a testament to both the dynamic nature of Manhattan and the property’s fantastic Midtown location. Read on for my favorite activities and eateries within walking distance. 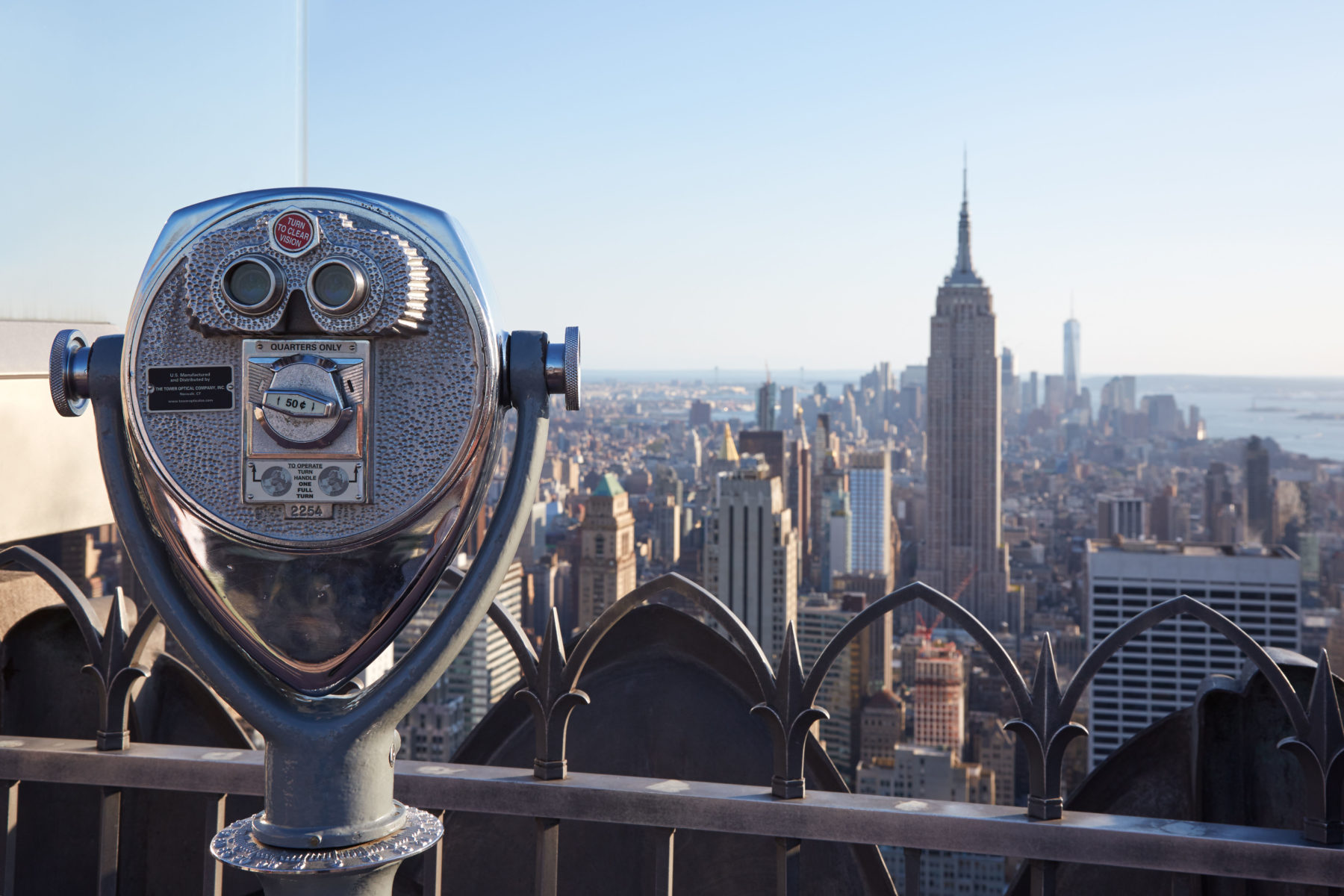 Even as a native New Yorker, I think one of the city’s most memorable experiences is taking the express elevator to the 82nd and 102nd floor observation decks of the Empire State Building and enjoying the view. The landmark skyscraper is just three blocks from Marriott Vacation Club Pulse, New York City — and you can catch an unforgettable vista of the Art Deco tower from the property’s Top of the Strand rooftop bar.

Another way to view the Empire State Building and surrounding skyline is from the Top of the Rock Observation Deck at Rockefeller Center, about a 15-minute walk from the property. Known as the home of “NBC News,” and television programs like “The Today Show” and “The Tonight Show Starring Jimmy Fallon,” Rockefeller Center hosts a variety of outdoor concerts in the summer. It’s also a must-visit in the winter, when it displays the city’s infamous Christmas tree and a sunken skating rink that has been featured in countless New York-based films. Around the corner is Radio City Music Hall, where the renowned Rockettes perform in an annual Christmas Spectacular. 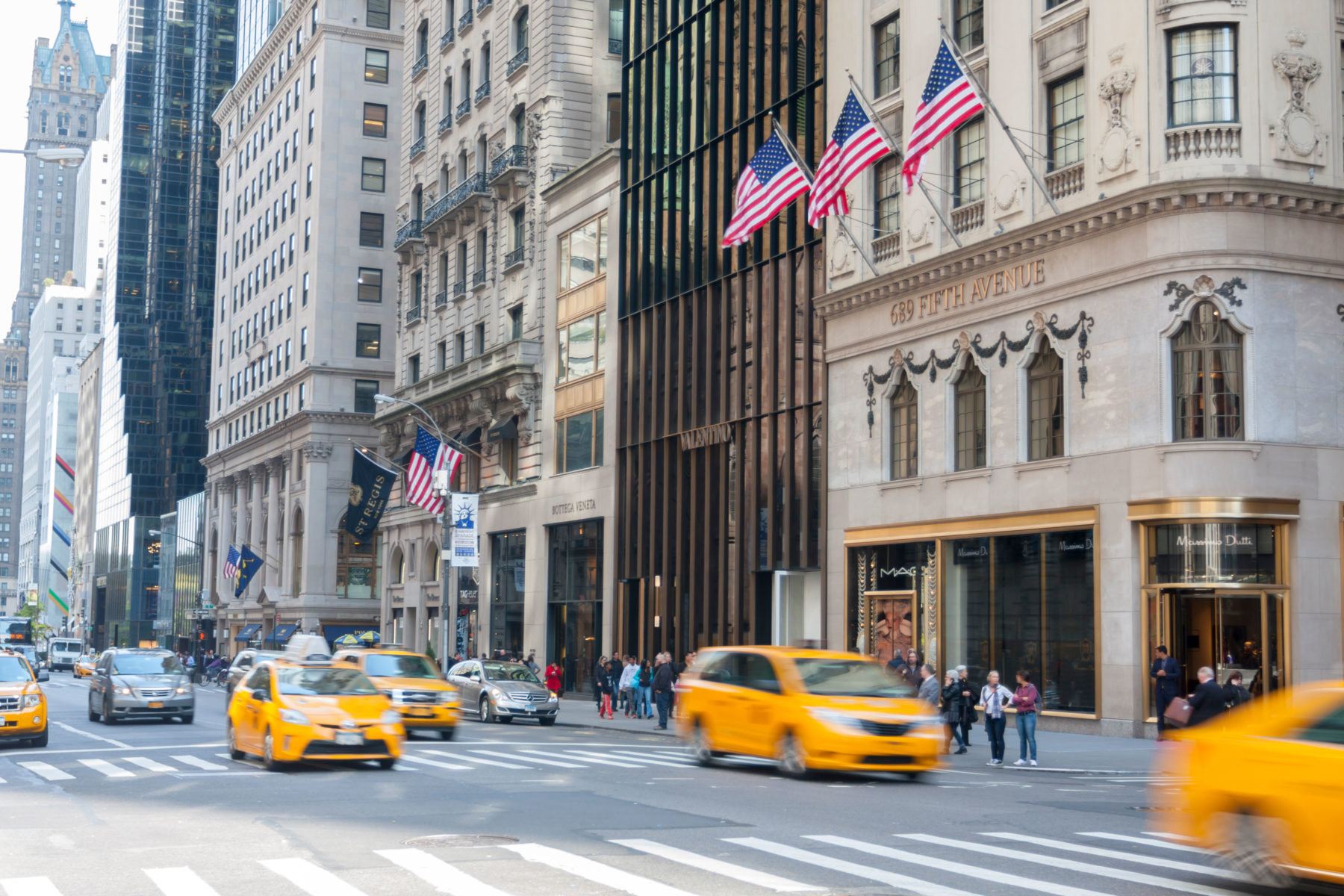 Just a 20-minute stroll away, you’ll find Fifth Avenue, one of the most famous (and expensive) shopping districts in America. Retailers include Saks Fifth Avenue (of course), Bergdorf Goodman, Louis Vuitton and Gucci — even if you’re on a budget, it can be fun to window shop.

For an inspiring detour, turn onto west 53rd Street and visit the Museum of Modern Art. It’s arguably the greatest modern art museum in the world, showcasing diverse creative works spanning from the late 18th century to today. Or venture a few blocks to the west and south and soak up the bright lights and 24-hour spectacle of Times Square. 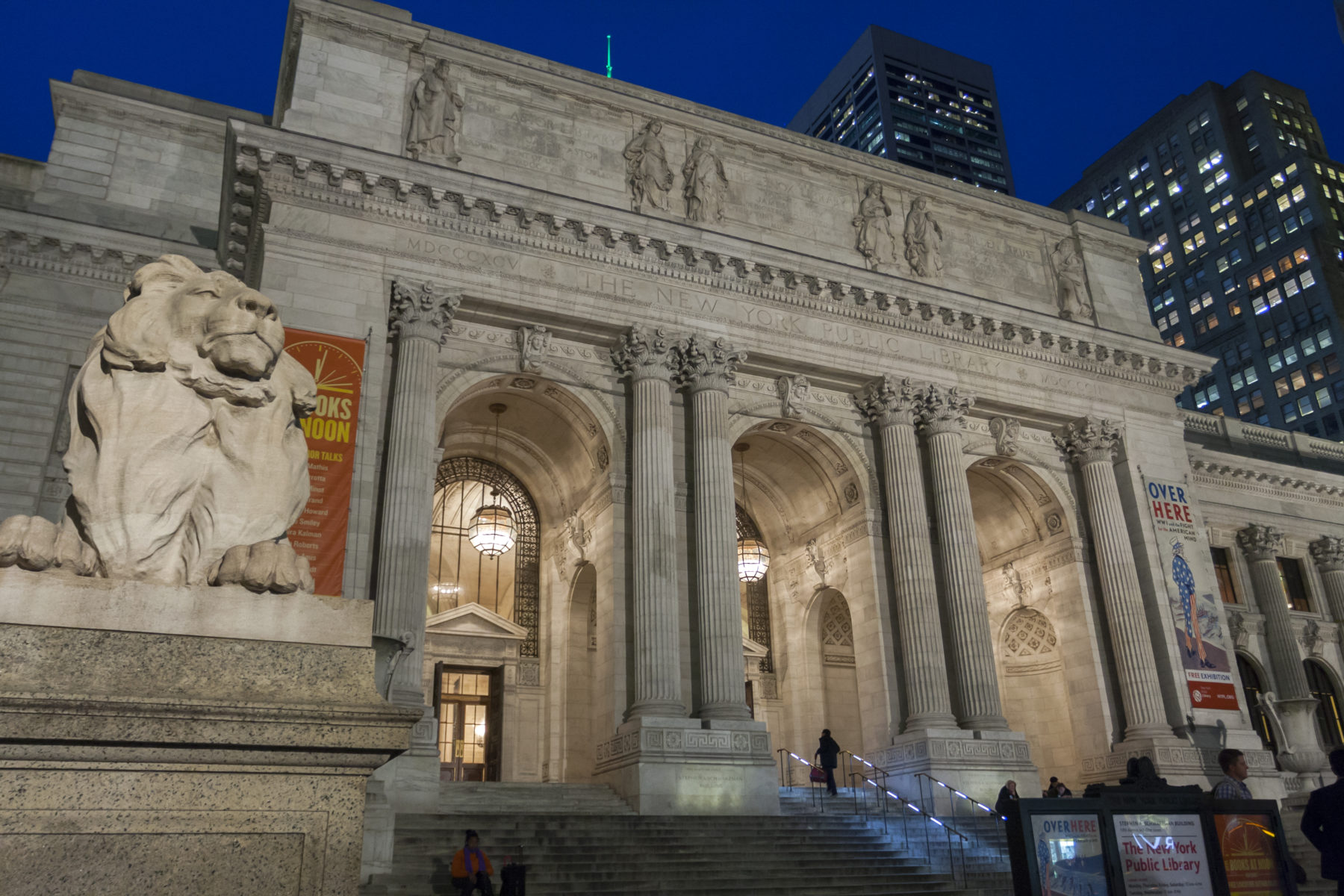 A Walk in the Park (or the Library)

The beloved Bryant Park is only a few blocks from Marriott Vacation Club Pulse, New York City. In warm weather, the park is known for its lush flowering gardens and sunny lawn. As the weather turns chilly, the park transforms into a Winter Village with a skating rink, Christmas tree, food hall and holiday shops.

Adjacent to the park, you’ll find the New York Public Library on Fifth Avenue, flanked by its iconic twin lions. The Beaux-Arts main branch of the city’s vast public library system opened to the public in 1911. Visitors can go on free daily guided tours, peruse a special collection of books for children, attend public events or dine at the popular cafe serving breakfast and lunch. 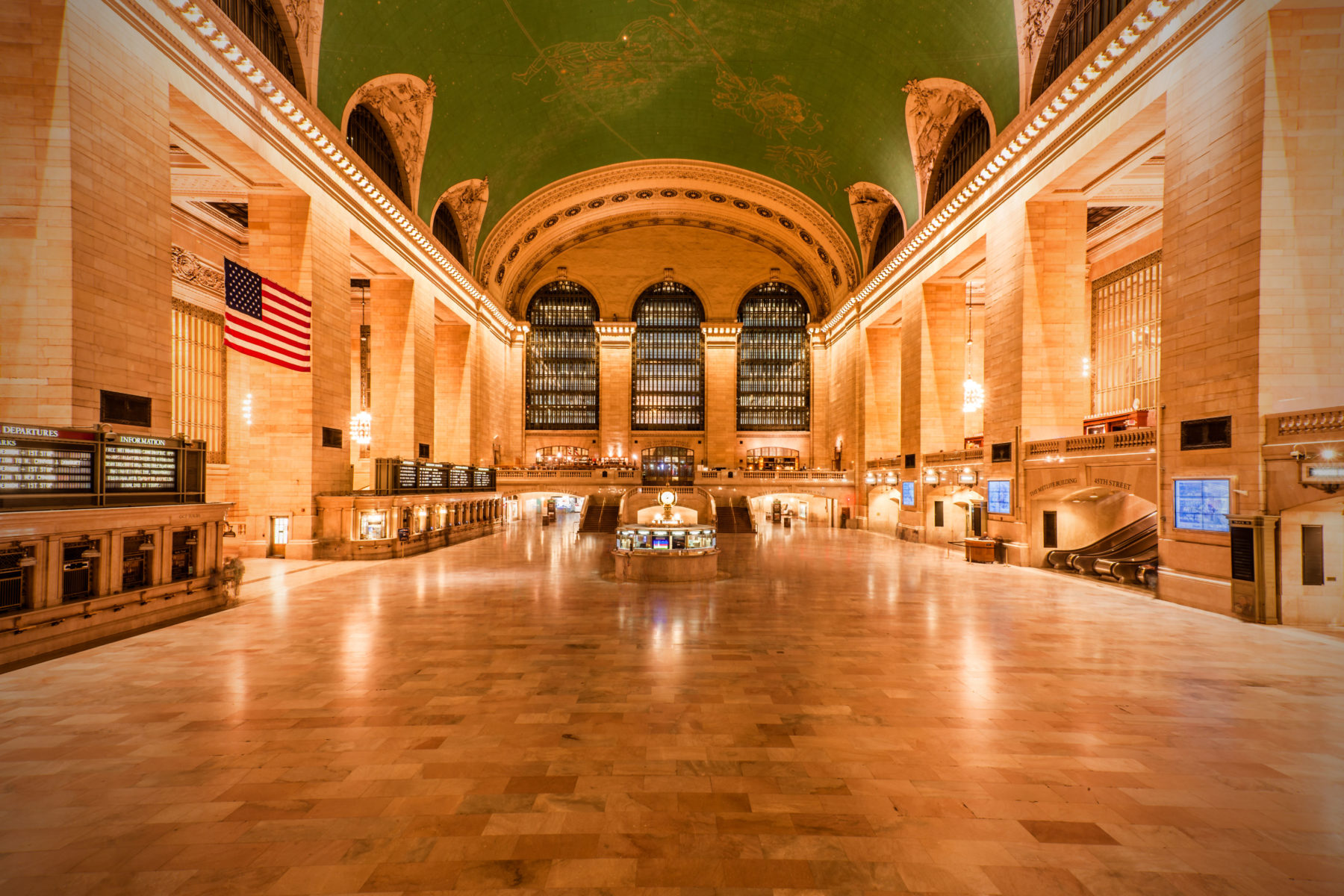 Grand Central Terminal and Beyond

Another magnificent public building that’s well worth touring is Grand Central Terminal, which opened in 1913 as the terminus of the Grand Central Railroad. Today it’s filled with shops, restaurants and performance spaces. Both docent-led and self-guided audio tours are available, offering captivating details about the terminal’s celestial ceiling (which was painted backwards), hidden tennis courts and cocktail bar (the latter was once a private apartment), and the Tiffany clock on the façade — the largest such timepiece in the world.

Still a transportation hub, Grand Central Terminal is served by the Metro-North Railroad and the 4, 5, 6, 7 and S subway lines. In fact, one of my favorite summer activities is to take the Metro-North train to the New York Botanical Garden; a 23-minute ride that transports you out of the city to a 250-acre urban oasis filled with greenhouses, waterfalls and a rare preserve of old-growth forest. 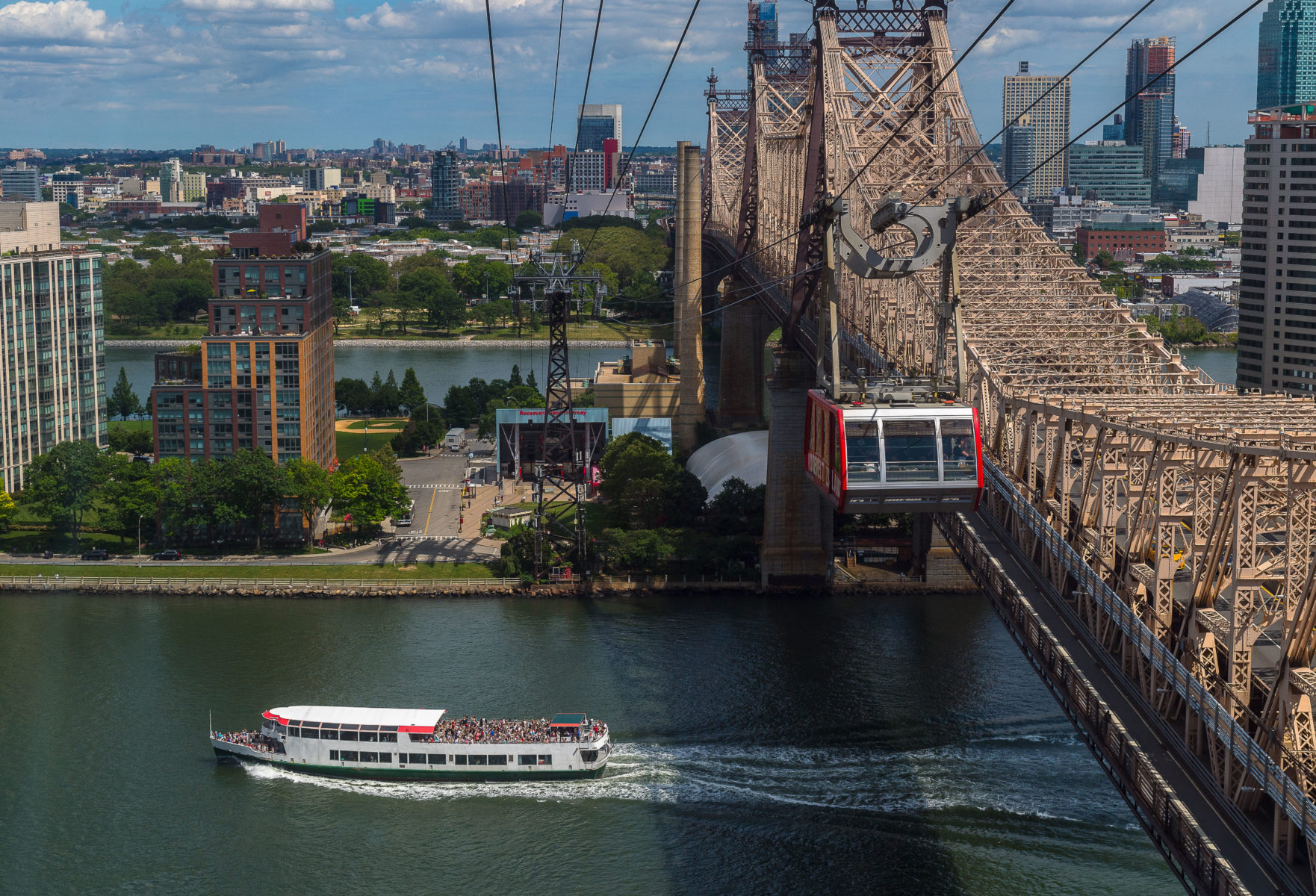 Directly east of the hotel is the Murray Hill neighborhood, home of the Morgan Library & Museum (once the private library of J.P. Morgan). A bit to the north, along the East River, you’ll find the headquarters of the United Nations, where you can take a guided tour or book lunch reservations in the Delegates Dining Room.

For a great view, take the Roosevelt Island Tramway from its station on 59th Street and 2nd Avenue in Manhattan to Tramway Plaza on Roosevelt Island. It’s only $4 round-trip and provides a scenic, off-the-beaten-path perspective of the New York City skyline. 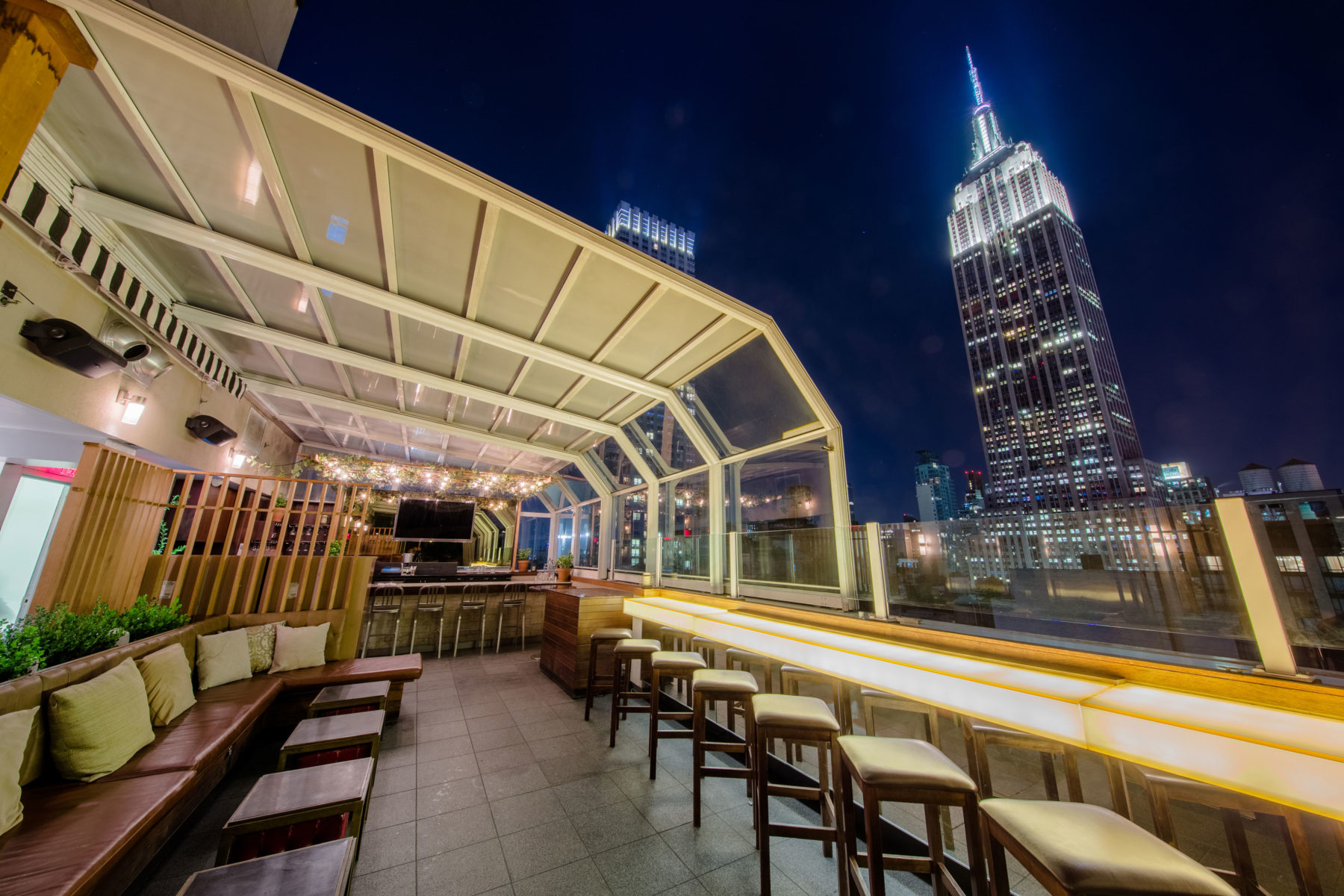 If all that exploring works up your appetite, one of my favorite eateries in the city is just two doors down from Marriott Vacation Club Pulse, New York City. Reichenbach Hall is Manhattan’s largest beer hall, where authentic Bavarian Pilsners go perfectly with plates of Jägerspätzle, bratwurst, and Jägerschnitzel.

Also within walking distance, you can’t beat Keens Steakhouse for a clubby feast on mutton chops and prime steak, or the Grand Central Oyster Bar for fresh seafood under the arches of the train station’s lower concourse. And if you’re like me and can’t get enough of those lofty views of the city, consider a cocktail at the Top of the Strand rooftop bar right at Marriott Vacation Club Pulse, New York City, where your room key will get you to the front of the line even on a busy weekend night.