While New York is arguably the greatest city in the world, it can also be incredibly expensive to visit. As a resident, I’m constantly finding myself forking out a hefty amount for a cappuccino; a cocktail can empty my bank account faster than I can drink it.

Yet for visitors who aren’t willing to take out a second mortgage on their house, there are many ways to enjoy the Big Apple that won’t break the bank. Personally, I’ve found that the best way to experience New York City is to walk it.

You can spend an entire day wandering around New York City’s famed Central Park. My favorite way to experience the park is to simply get lost in it, finding little pockets of solitude, sitting on park benches and listening to incredibly talented street performers play music. In the summer, I love to lie out on the Sheep Meadow with a book or hire a rowboat at the Loeb Boathouse. Winter in the park offers ice skating, Christmas lights and a quiet blanket of snow, while autumn is a great time to wander along the park’s various pathways and watch the leaves change color. 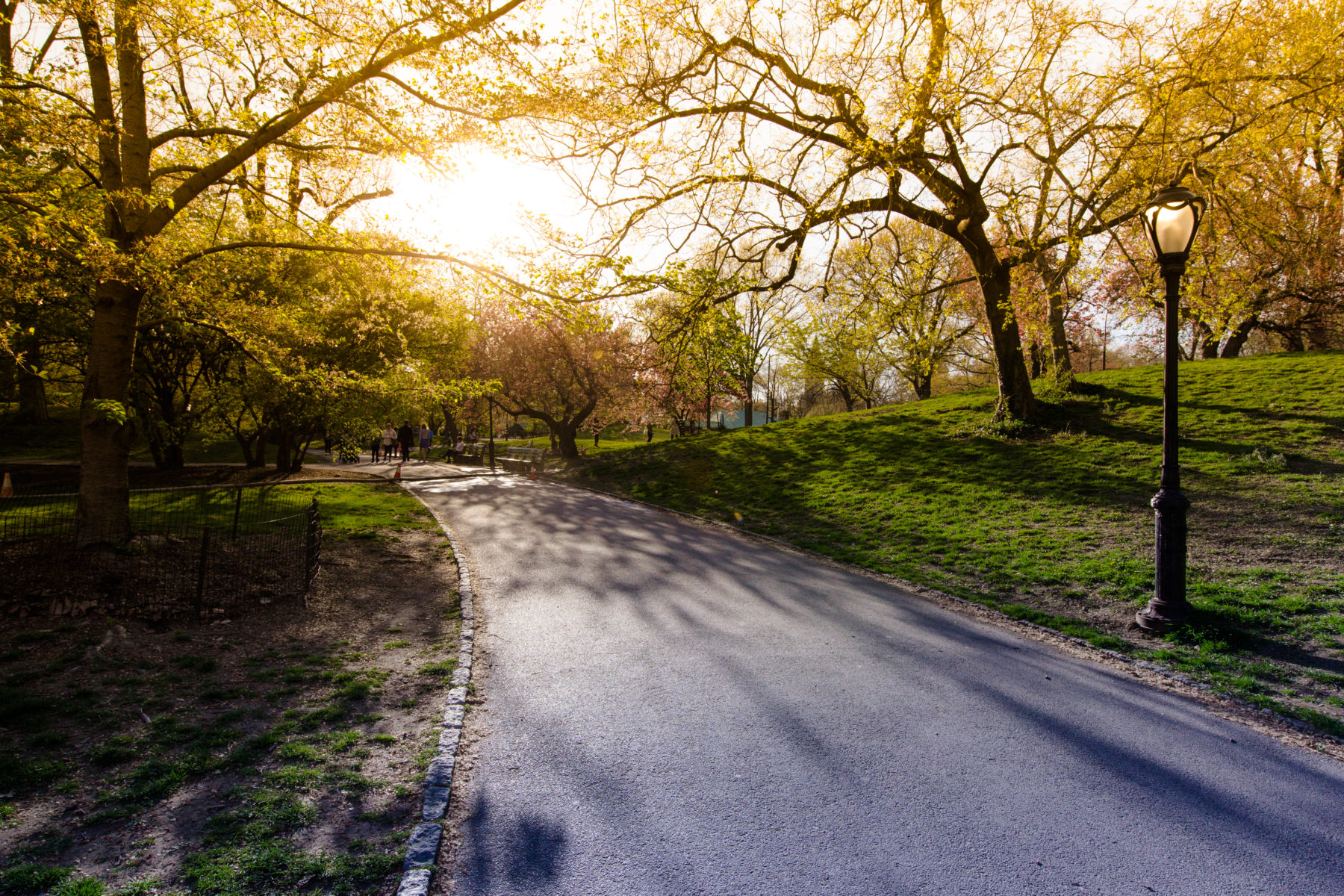 Then there’s Prospect Park, the lesser known younger brother of Central Park that was, in fact, designed by the same park-itects. I used to live a few blocks from Prospect Park, and I consider it just as beautiful. Most days I strolled with the horses, rode my bike around the perimeter, or enjoyed Sunday night drumming circles as the sun set. Washington Square Park, home of 1960s folk legends such as Bob Dylan, is still teeming with street performers every day of the week. It’s one of my favorite spots in the city, and during my explorations I’ve seen a live Shakespeare performance, poets writing personalized poems for a dollar, and a piano player playing a baby grand, as well as mimes, dancers, rappers and a whole lot of chess players ready for a match. 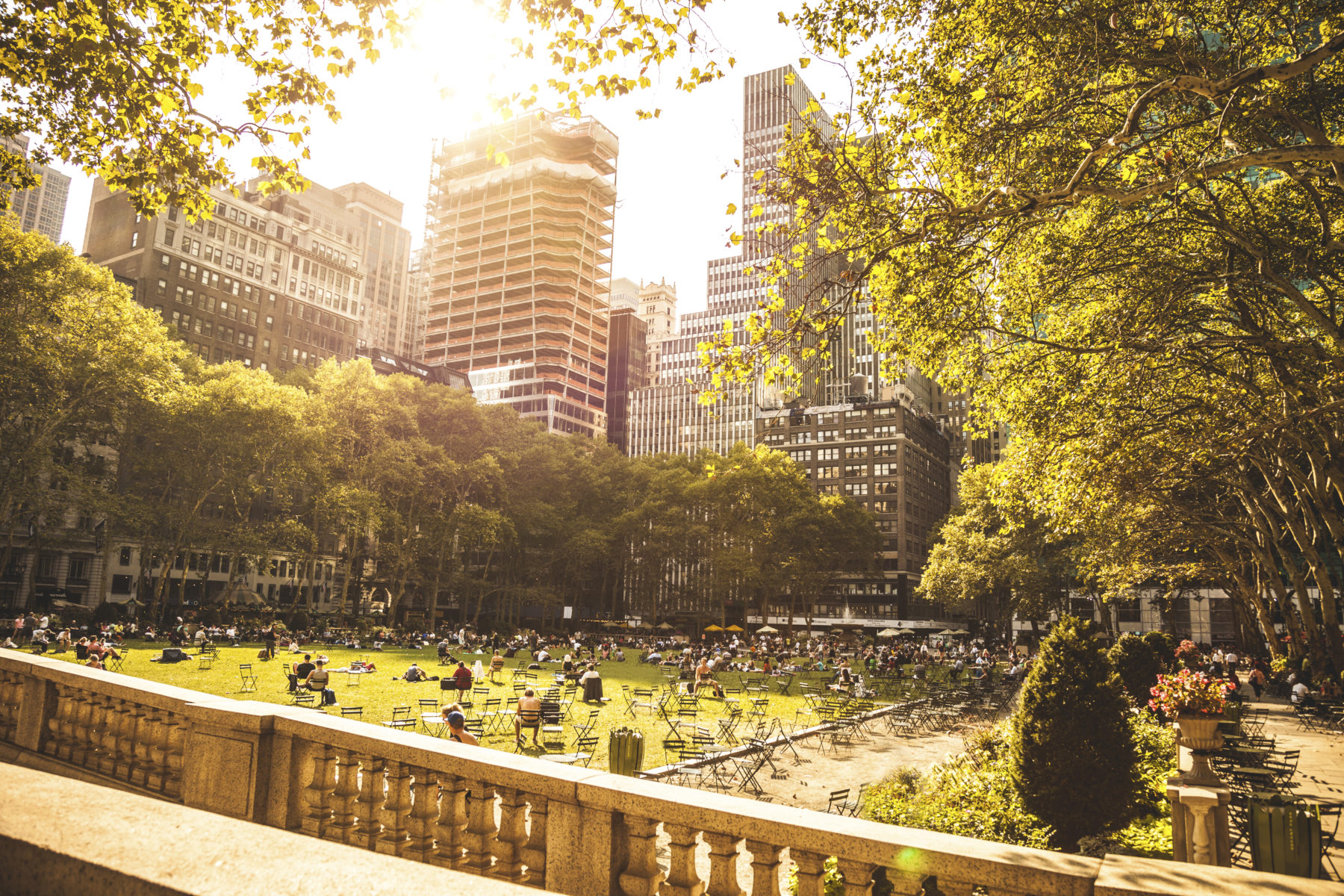 Other noteworthy parks that I like to frequent are Union Square (look for the markets), Bryant Park (with free movie screenings in the summer) and Brooklyn Bridge Park, the perfect place to experience the Brooklyn waterfront and take in the Manhattan skyline. Fort Tyron Park is also worth the trip up to the tip of Manhattan, offering magnificent views of the Hudson River, The Cloisters Museum and numerous walking trails.

Spend time on the High Line.

Technically, the High Line is also a park, but it deserves its own space on the page. It’s one of the most popular free activities in New York, and it’s not hard to see why. The repurposed freight rail line is an excellent way to experience some of the coolest neighborhoods in the city.

The High Line opened in various phases from 2009 to 2014, with the city’s most inventive designers transforming the out-of-use rail line into a beautiful raised park and garden walkway. Running from Gansevoort Street to West 34th Street, the walkway is home to numerous delicious food stalls, constantly changing art installations and street performances of all kinds. 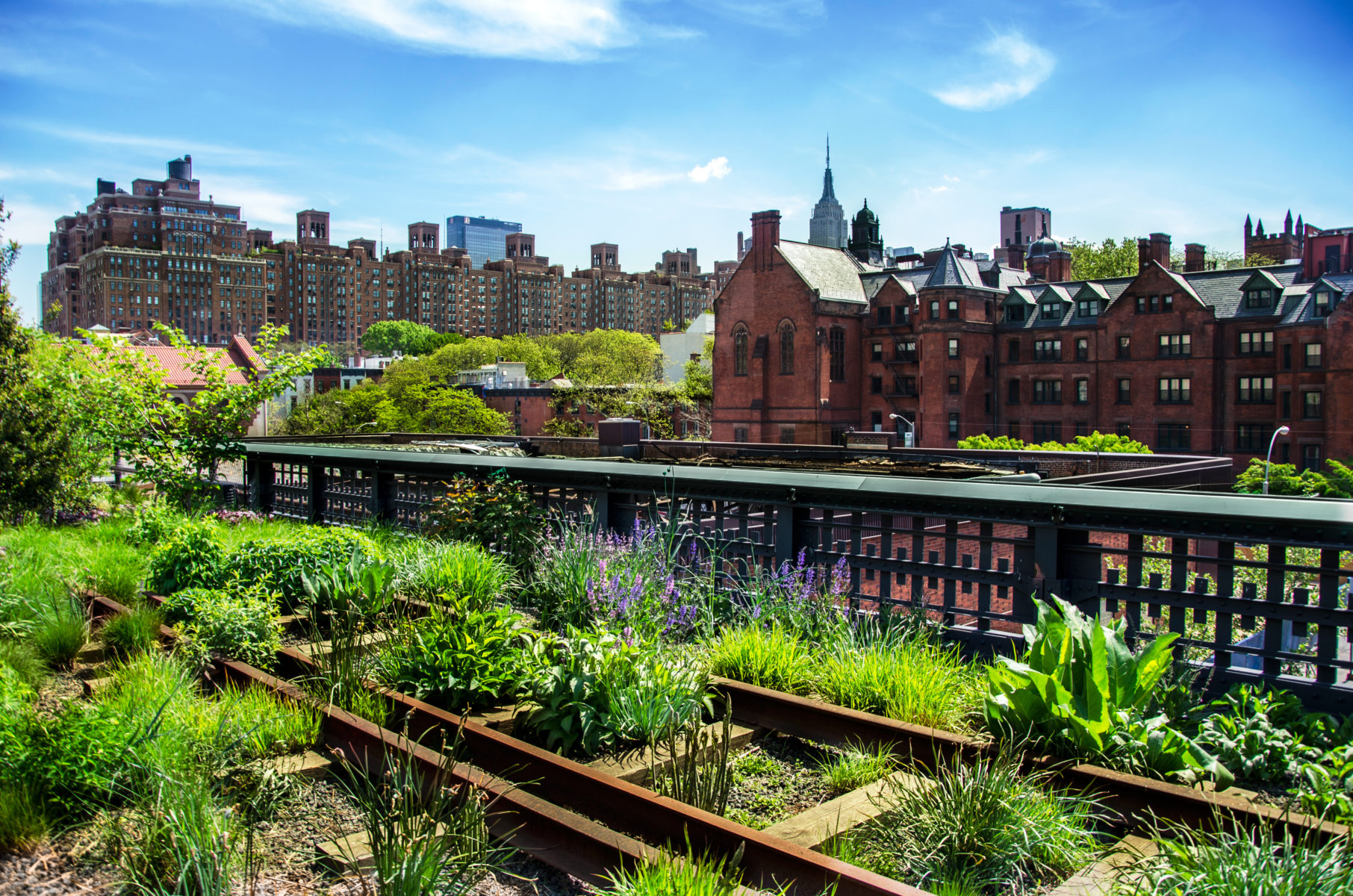 My favorite spot is the area with wooden benches that sit over a shallow stream. When the weather is nice, I like nothing more than to head to the High Line, grab an ice cream, kick my shoes off and sit on a bench, feeling the cool water run over my feet.

New York City is home to magnificent galleries and museums, many of which are free or operate on a donation system. While wandering along the High Line, I usually pop down to the art galleries of the Chelsea art district. The galleries are extremely varied, with dozens and dozens to choose from, encompassing a wide range of art to satisfy any taste.

As for museums, Friday is usually the hottest free day in New York. For example, the Museum of Modern Art (MOMA) and the recently opened Whitney Museum of American Art are open to the public free of charge or pay-as-you-wish on Friday evenings.

The secret? Take a walk!

Sure, New York City can be expensive—but I’ve found that it doesn’t have to be. Whether I’m in the mood for exploring New York’s parks, neighborhoods, museums or galleries, walking is my favorite way to take in everything this great city has to offer, without breaking the bank.

Avi D. is a New Zealand-born writer who is currently based in New York City.