The first time I visited Madrid, I arrived hungry — ravenous, even. After an overnight flight with only airplane food to sustain me, I was ready to banish my jet lag with some delicious Spanish cuisine.

Luckily for me, a wave of temperate October sunshine set the perfect mood for exploring the city on foot. As any traveling foodie would, I had already planned an itinerary with strategic stops to fuel up on local fare. What I discovered was an endless feast  — food markets beckoning me with aromas both familiar and foreign, crispy churros waiting to be dipped in warm chocolate and an entire street lined with tapas bars.

Here’s how I nibbled my way through Spain’s historic capital city.

Madrid exudes grandness — from the 17th-century arcades and wrought iron balconies of Plaza Mayor, to the massive “El Oso y El Madroño” statue in nearby Puerta del Sol and the imposing façade of the neoclassical Royal Palace (the largest in Western Europe).

By the time I’d visited those famous sites, the autumn sun had peaked overhead. I walked down an atmospheric alley toward ChocolaterÍa San Ginés, a bustling café that’s been a Madrid fixture since 1894. It’s a fun spot to indulge in one of the city’s sweetest treats: churros (crispy lengths of fried dough) dipped in rich, warm chocolate. They’re impossible to resist!

Style and Sustenance in Salamanca

Later, I made my way to the upscale residential neighborhood of Salamanca. The wide streets lined with exclusive mansions and designer shops lent themselves to an hour or two of window shopping, aka calorie burning. This aristocratic district is also home to the Mercado de la Paz, a covered market dating back to 1882. Pungent Spanish cheeses, briny olives, fish (both fresh and fried), aged Serrano, Ibérico jamón (ham) and other tantalizing local specialties create an aromatic cyclone of must-try bites. Since I couldn’t sample it all in a single visit, I simply bought small portions of anything that caught my eye.

To get a true feel for the ambiance of Madrid’s markets, visit in the morning or late afternoon when locals are their doing their pre- or post-work daily shopping. 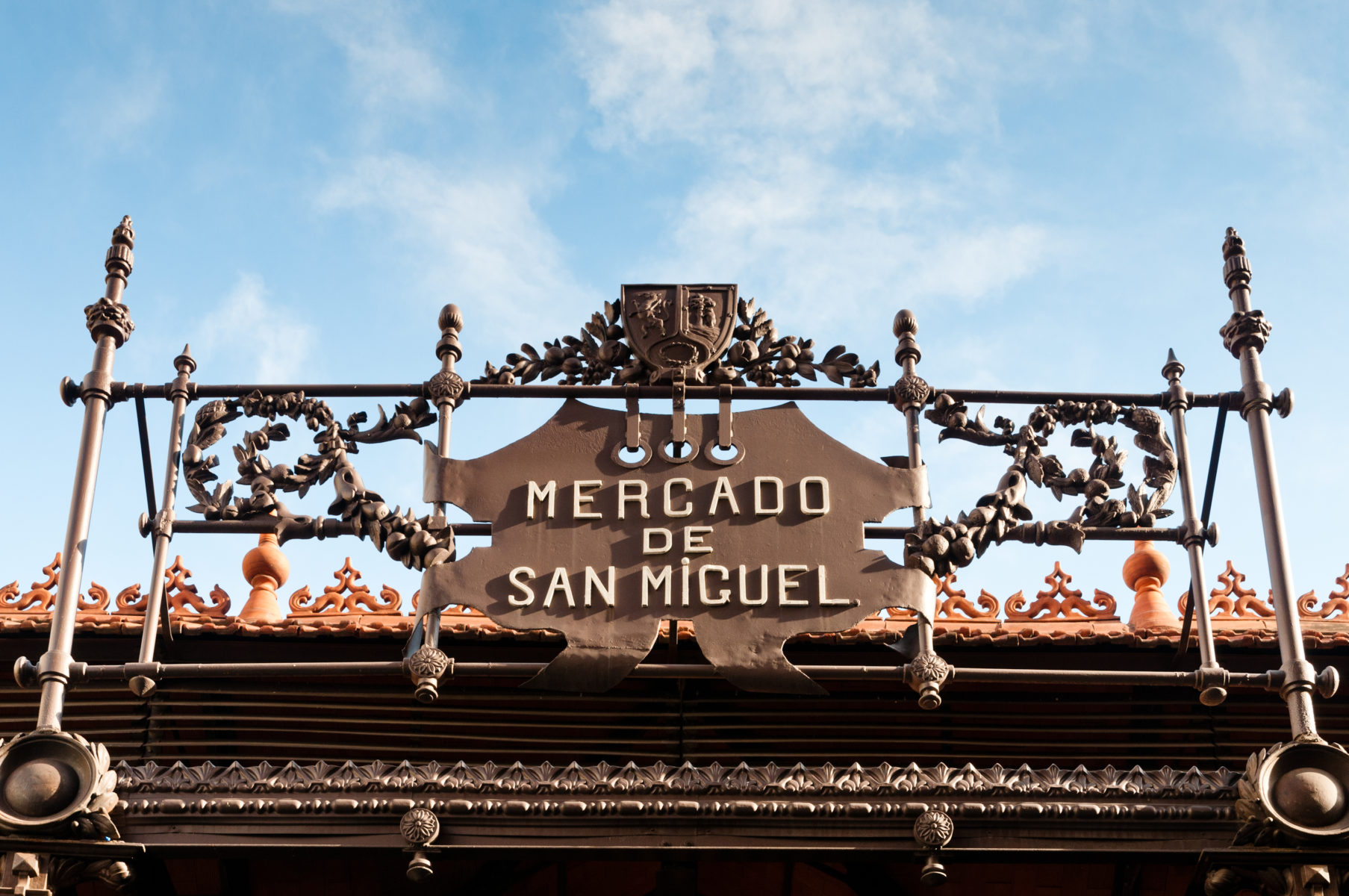 I consider art to be food for the soul. Since I only had 36 hours in Madrid before heading to Córdoba, I booked a whirlwind afternoon tour of The Prado Museum with a local guide. As he led me to priceless works by Spanish masters Diego Velázquez, Francisco Goya and El Greco, as well as famous paintings by Titian and Peter Paul Rubens, my soul was filled with awe.

Afterward, my stomach was craving cava (Spanish sparkling wine) and tapas. Luckily, nearly every street in Madrid features a tapas bar or two. To avoid being overwhelmed by choices, I hired another local guide, Alonso. Together, we explored the Mercado de San Miguel, a lavishly restored wrought iron and glass structure. Built in 1916, it now showcases a historic-meets-modern ambiance that makes it popular with tourists. The place was buzzing as we made our way past colorful stalls offering calamari sandwiches and crostini topped with fresh burrata cheese and tomato chutney. We also stopped at Pinkleton & Wine, where I satisfied my cava craving. 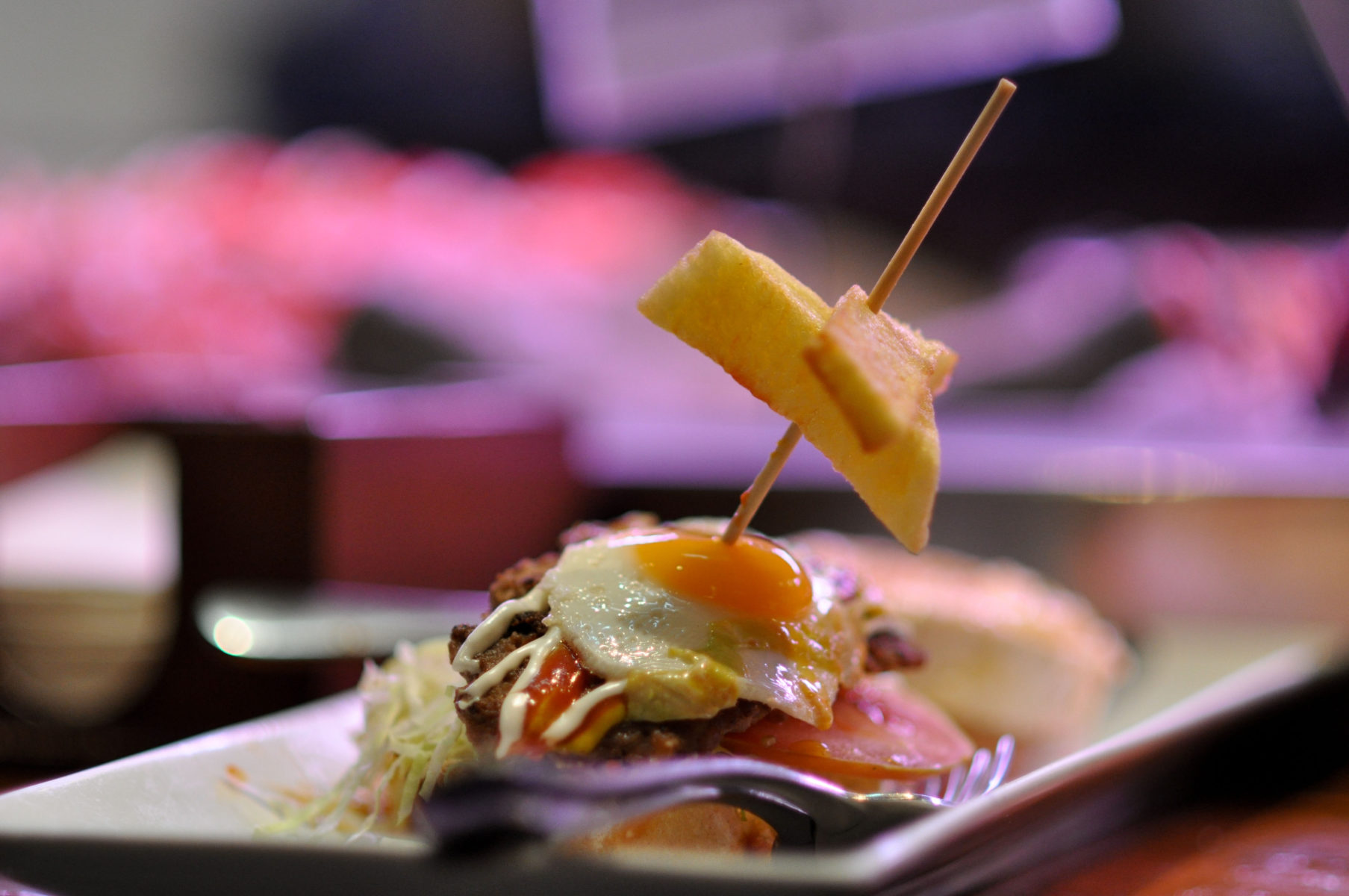 Appetites whet, Alonso and I moved on to the nearby Calle Cava Baja in the La Latina district. Known as “Tapas Street,” the area is home to more than a dozen bars within its two blocks. Here, we continued to graze through plate after plate of small bites — Andalusian-style shrimp and octopus over potatoes, sliced chorizo and cheese and an array of Basque-inspired pintxos (tasty morsels of meat, fish and egg spiked to a crusty slice of bread with a toothpick). Along the way, we sipped rioja and chatted about life, travels and, yes, our favorite foods. It was the perfect way for any foodie to end a visit to Madrid.

Spaniards dine by their own culinary clock and rarely eat dinner before 7 or 8 p.m. In fact, it’s more common to kick off an evening meal around 10 p.m.