Follow in the footsteps of a local and venture beyond popular Manhattan attractions to different New York City experiences in Brooklyn, Queens and the Bronx.

I can’t remember the last time I was in Times Square. As a New Yorker who has lived in Manhattan for the last 10 years, the closest I usually get to those neon lights is underground as the subway zips downtown from my home in Harlem.

When friends come to visit, we might go to the top of the Empire State Building or hop the ferry to the Statue of Liberty, but we also feast on barbecue in Brooklyn and wander the New York Botanical Garden in the Bronx. My goal is for them to leave with a more complete picture of the beautiful diversity that makes up this unique and exciting city.

In Brooklyn, Queens and the Bronx, here’s where I bring visitors who are looking to experience something a bit different. 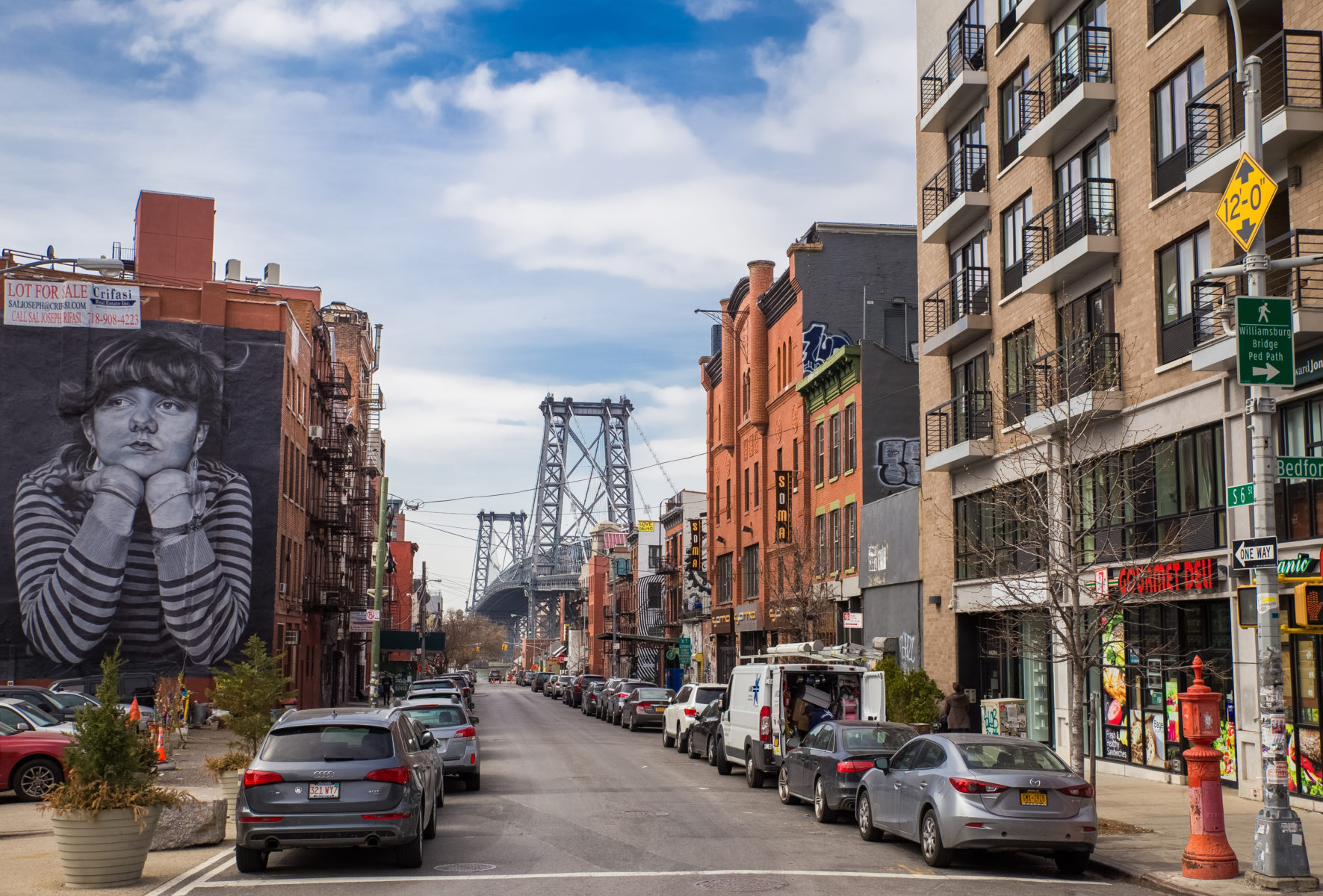 Around the world, Brooklyn has become an adjective — it’s a substitute for cool. The constantly changing borough is actually a collection of neighborhoods (if separate from the rest of New York, it would still be the fourth largest city in the U.S.) that all have their own character. So, as you can imagine, there is no shortage of things to do in Brooklyn.

Brooklyn is known for its maker culture, and in Williamsburg, this is evidenced by the many choices for food and drink. The district is home to staples like the Brooklyn Brewery where you can stop in to taste beer brewed at the source and Smorgasburg , an outdoor food market with skyline views, open Saturdays from April through October (the Prospect Park location is open Sundays). There are also destination restaurants such as Lilia for pasta, Maison Premiere for oysters and cocktails, and Diner for one of New York’s best burgers.

For some exercise after a Williamsburg feast, the Ocean Parkway Bike Path offers a 5-mile trail from Prospect Park out to Coney Island. Dating to 1894, it’s actually the country’s oldest bike path. Located on a sandy beach, Coney Island’s amusement rides, boardwalk and aquarium feel worlds away from the bustling city streets. 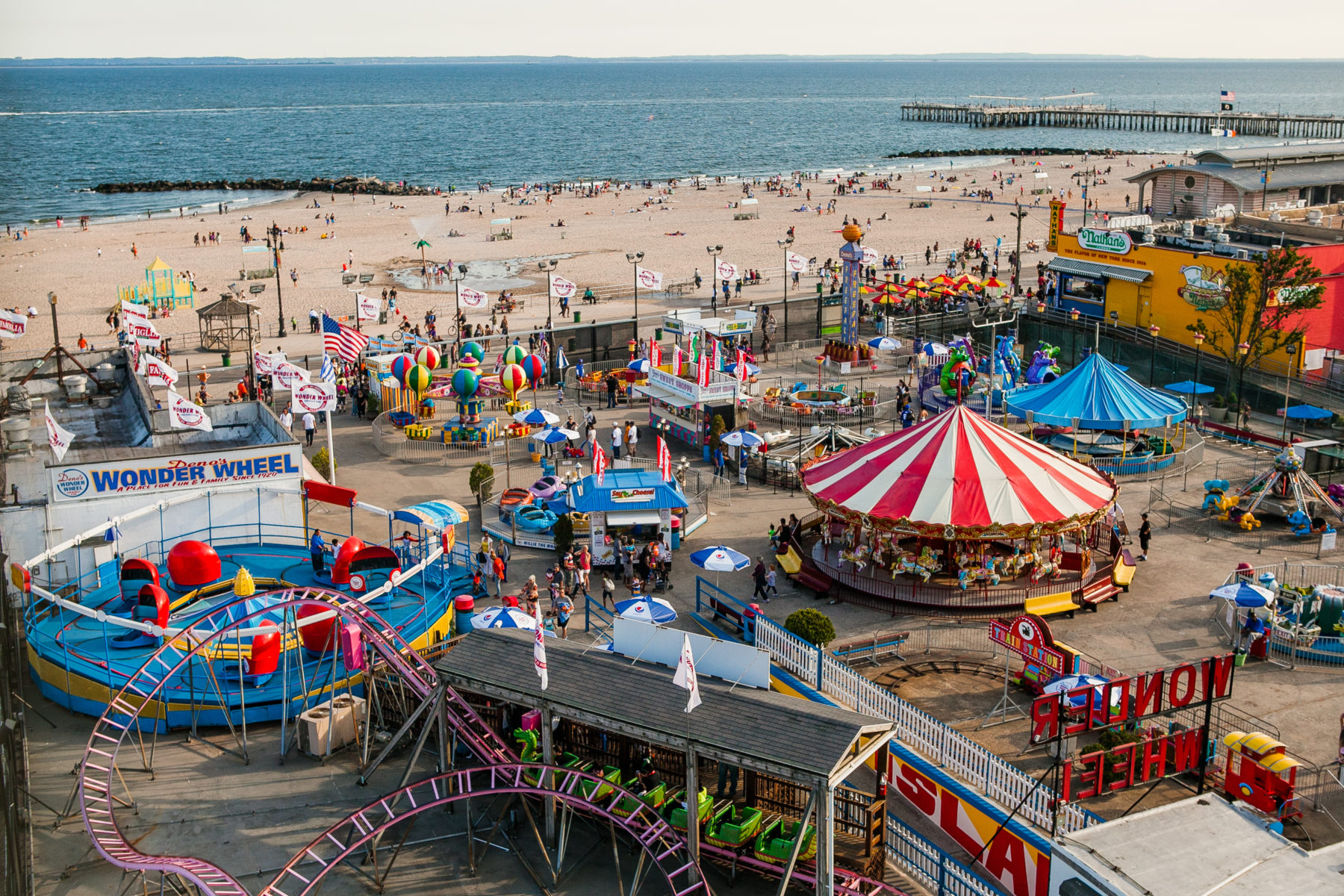 Exploring Brooklyn is also a reminder that New York City is a metropolis surrounded by water. From the tip of lower Manhattan, you can board the Ikea Express ferry for a journey to the Red Hook quarter. As the boat crosses the East River and hugs the Brooklyn coastline, you gain a different perspective on the skyscrapers of the Financial District. Once you disembark in Red Hook, follow the hungry crowds to Hometown Bar-B-Que, an unfussy smokehouse known for its finger-licking brisket, pulled pork, and ribs.

Of all the vantage points looking back at the Manhattan skyline, my favorite may be the view from the Brooklyn Heights Promenade, a nearly 2,000-foot walkway perched above the East River. The esplanade flanks charming Brooklyn Heights, a historic neighborhood with cobbled streets and envy-inducing brownstones. Especially around sunset, there’s no place in New York I’d rather be. 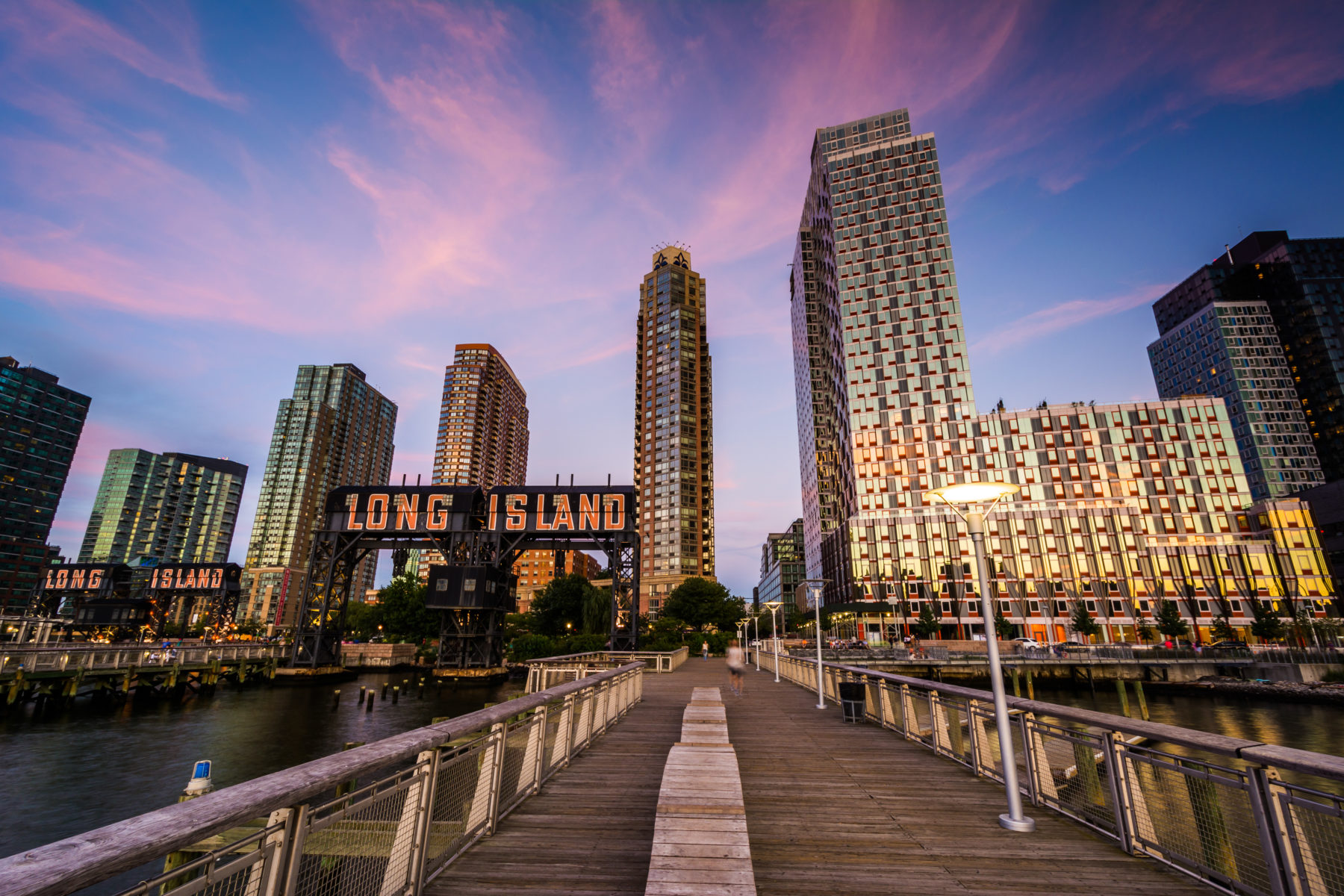 The Many Sides of Queens

Brooklyn may get all the love in movies and TV shows set in New York today, but Queens is a worthy destination for art, books, food, events and more. Long Island City, located across the East River from midtown Manhattan, is a common entry point to the borough. Many people climb aboard the 7 local train with MoMA PS1, a contemporary art museum, in mind. In addition to exhibitions by emerging artists, the gallery is known for its weekend summer Warm Up series, an afternoon of outdoor music and dancing. The Noguchi Museum, dedicated to the work of sculptor Isamu Noguchi, is also in the neighborhood.

Formerly an industrial neighborhood, Long Island City has recently experienced an explosion in its food scene. People now line up for a bowl of noodles at Mu Ramen, pack into communal picnic tables to eat brisket and burnt ends at John Brown Smokehouse, and endure growling stomachs to wait for a table at Casa Enrique. Independent bookstore, Book Culture, located about a mile up the road, is a nice place to kill some time. For me, a Long Island City visit isn’t complete without a cocktail at Dutch Kills, a dark and cozy den where bartenders mix creative drinks in a relaxed environment.

The borough of Queens is one of the most ethnically diverse places on the planet. One of the best ways to experience this melting pot of cultures is through its food, including Greek cuisine in Astoria (try Gregory’s 26 Corner Taverna), Chinese favorites in Flushing (Guan Fu Sichuan received a three-star review from The New York Times), Thai dishes in Woodside (SriPraPhai has a big back garden), and Uzbek fare in Rego Park (bring your appetite to Taste of Samarkand). 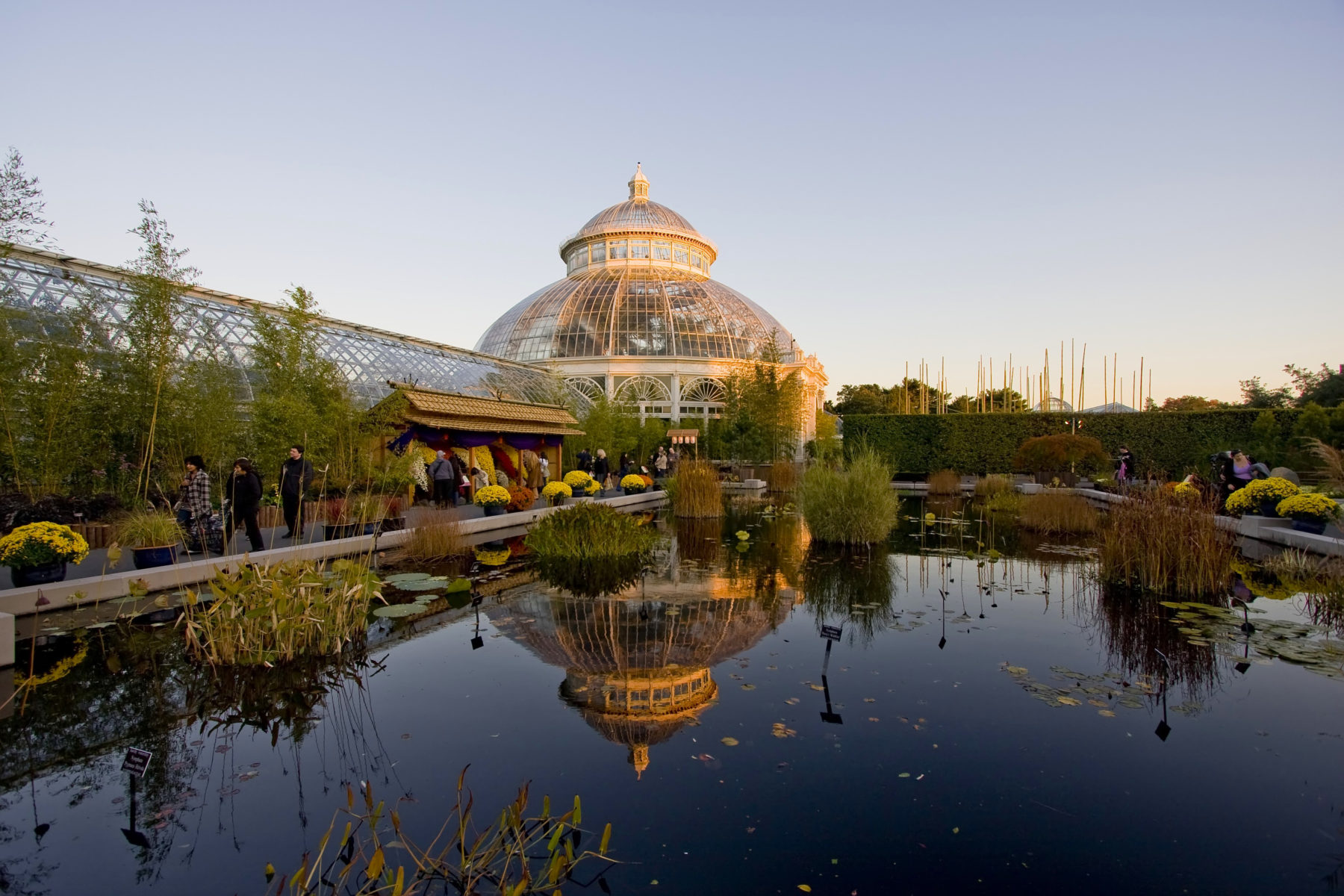 Venturing to the Bronx

Yes, there’s a Little Italy in Manhattan, but the one that demands a visit stretches along Arthur Avenue in the Bronx. Several coolers and a man with a shucking knife set up shop outside Randazzo’s Seafood market, where a dozen oysters can cost under $20. A few chairs are set up on the sidewalk for slurping them down before heading to shop at the Calabria Pork Store to check out any of the jarred spicy peppers; the Arthur Avenue Retail Market, an indoor market home to The Bronx Beer Hall); and DeLillo Pastry Shop, where you can grab some biscotti for tomorrow’s breakfast.

Before a stroll down Arthur Avenue, I often begin a day in the Bronx at the New York Botanical Garden. The 250-acre park has something blooming in all seasons, with popular annual events including the Holiday Train Show, where tiny locomotives zip past miniaturized New York landmarks like the Brooklyn Bridge. Families may also want to explore the Bronx Zoo, home to more than 600 species of animals including lions, baboons, giraffes, and sea lions, and a special exhibit dedicated to the wildlife of Madagascar.

When you see a different side of New York, it will probably feel less like sightseeing and more like trying someone else’s lifestyle for a while. Once you explore beyond the popular attractions, it may be some time before you return to Times Square.