Fall summons a sense of cool crispness, comfort, and an urgency to celebrate harvest’s abundance. And there’s no celebration that captures the Gemütlichkeit (friendliness) of the season more than Oktoberfest.

The merrymaking may be German in origin, but its appeal is universal. Many celebrations are held in U.S. communities where the population is rooted in German ancestry, but some of the biggest festivals can be found in locations as seemingly unlikely as Japan, China and Brazil. 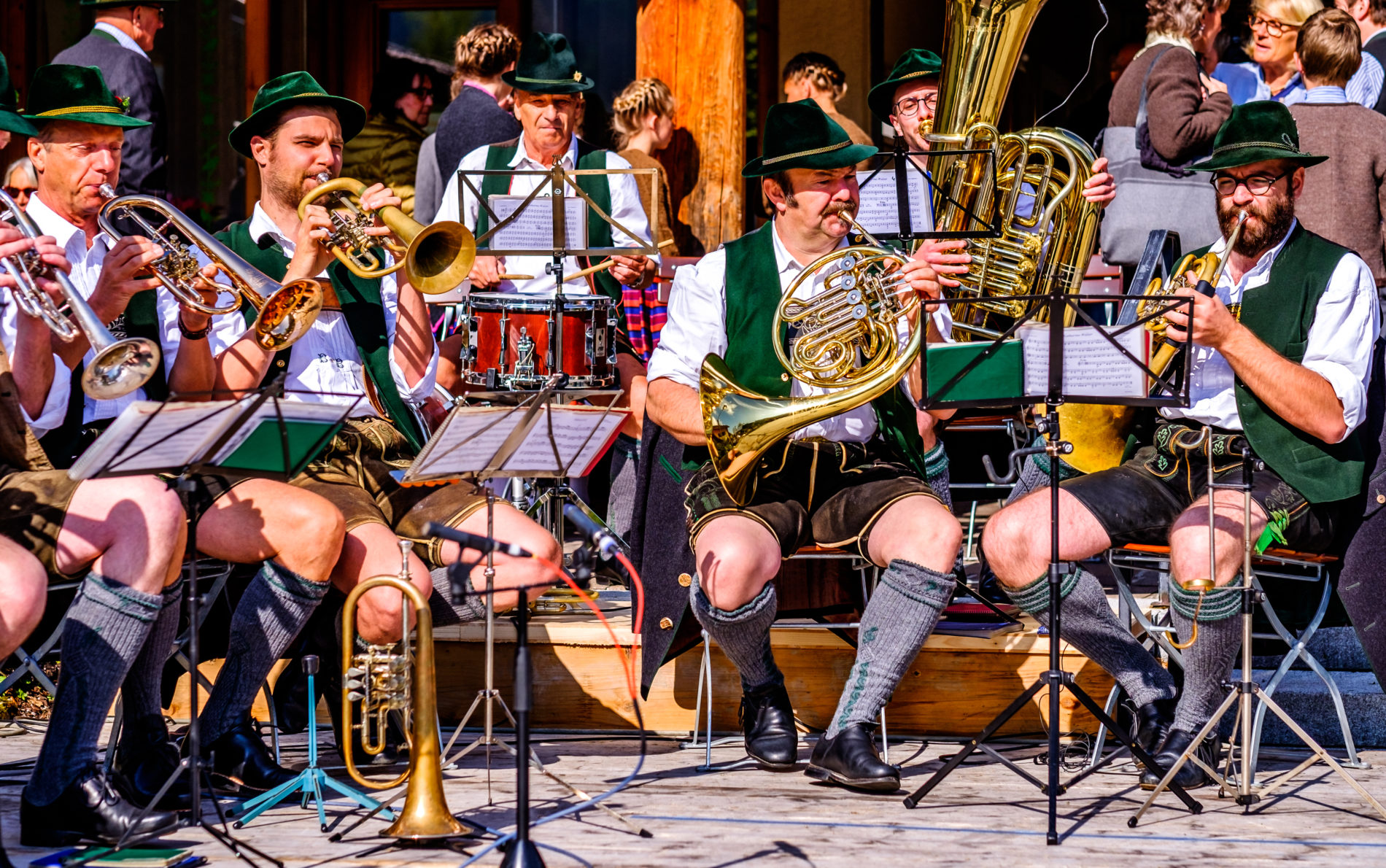 A History: From Mush to Mash

The granddaddy of all Oktoberfests has filled the streets of Munich since the wedding of Crown Prince Ludwig in 1810. In the early years, entertainment consisted of agricultural competitions, wheelbarrow races, and mush-eating contests. Beer wasn’t even permitted. But the event grew, adding parades, performances, dancing — and yes, beer — until it matured into a celebration as typically German as Mad King Ludwig’s Neuschwanstein Castle.

Today, Munich’s 16-day Oktoberfest attracts more than 6 million revelers from around the world. Attendees parade through the streets in costume. Musicians play brass instruments for crowds. Amusement park rides, live performances, and friendly competitions fill the calendar. (Incidentally, don’t be fooled by the name. Long ago, the promise of balmier temperatures induced the powers that be to push the festival into September.) 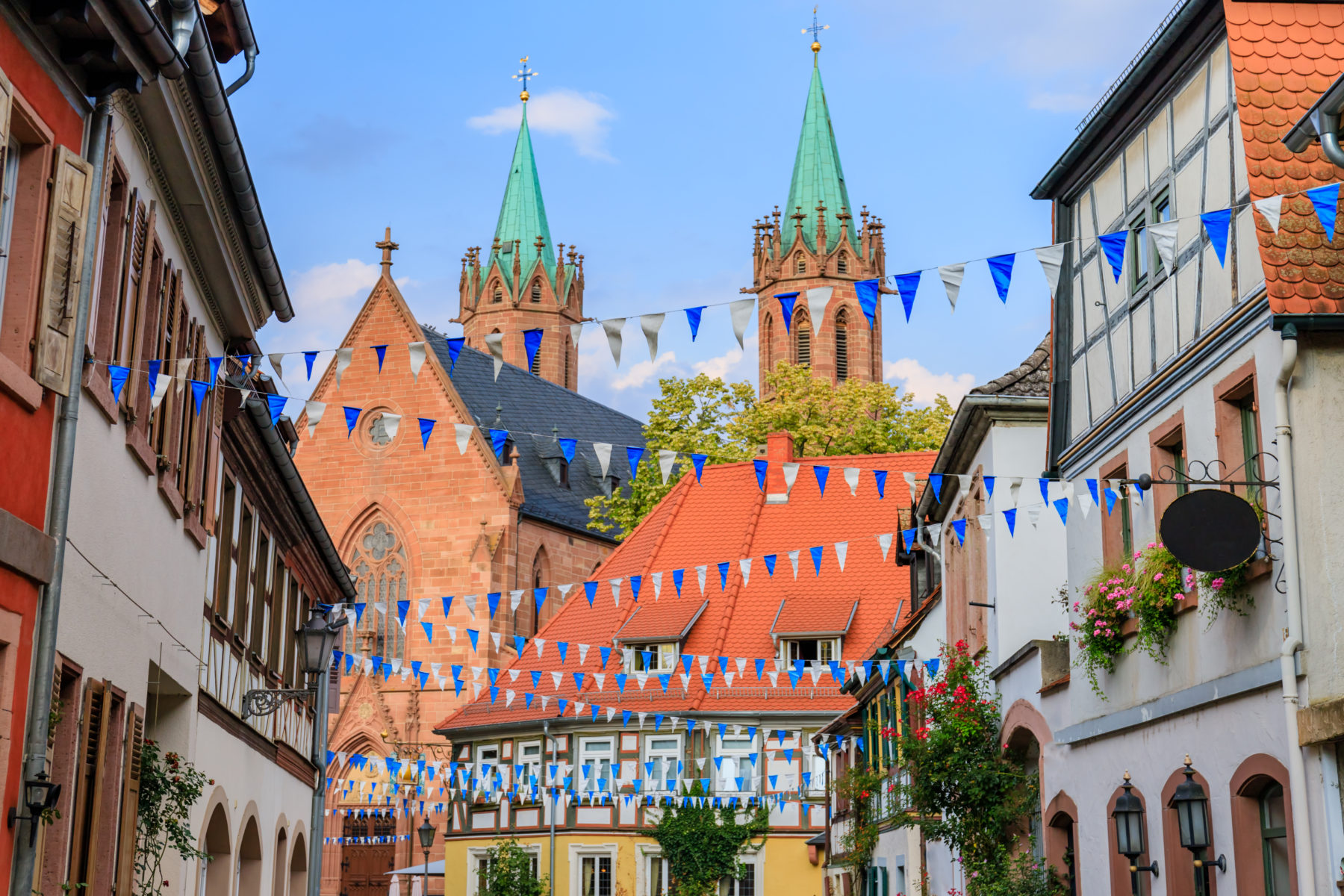 Once the Munich event kicks off with the city’s mayor tapping the first barrel and declaring, “O’zapft is!” (“It’s tapped!”), beer in liter-sized steins is hoisted and consumed by attendees. Oktoberfest brew is darker than traditional beer. Produced according to the strict Reinheitsgebot standards (in effect since 1516), the beer must be brewed in the city to be designated Oktoberfest Beer, which is a registered trademark of the Club of Munich Brewers. Just six breweries meet those criteria.

Classic German food is the perfect accompaniment. Pork is the basis for many offerings, from the spectrum of bratwursts and sausages to Schweinebraten (roast pork) and Schweinshaxe (ham hock). Other featured dishes are Hendl (roasted chicken), oxtail soup and veal sausage. For vegetarians, sauerkraut, red cabbage, a spicy cheese-butter spread, potato pancakes and dumplings round out the menu. Another favorite is Wiesn-Brezn, the ubiquitous steering wheel–sized Bretzel (pretzel) served with mustard. 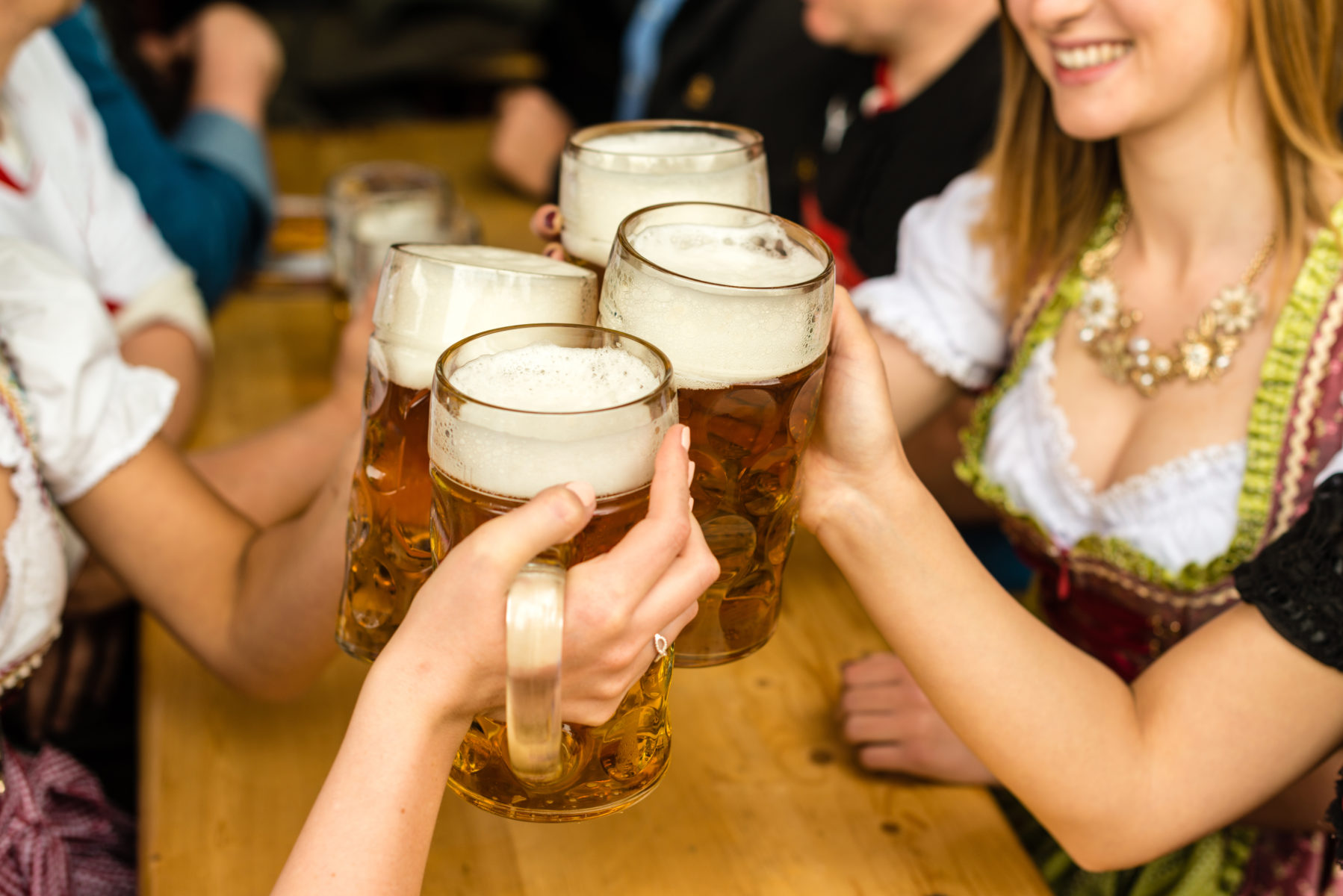 Shared with the World

The Munich fete has spawned countless beer fests well beyond Germany’s borders. Indeed, wherever a German community has taken root, Oktoberfest flourishes. To wit: Blumenau, Brazil, was settled by Germans in the 1850s, and the influence remains. Eighteen days are set aside each October for a fest with a Portuguese accent. Instead of the Munich-sanctioned brews, local draughts such as Wunder Bier and Das Bier fill the steins. Traditional German recipes incorporate regional ingredients to produce such specialties as marreco recheado (stuffed goose), often served with red cabbage and rice. The structured polka, waltz and mazurka dances intermingle with a samba lilt.

The London Oktoberfest is celebrated over three long weekends in Kennington Park with an exclusive brew made by the authorized Oktoberfest Beer makers in Munich. Ohio’s Oktoberfest-Zinzinnati USA draws a half-million visitors with events like the running of the wieners and the beer-barrel roll. And in Shanghai, German fuses with Asian for one-of-a-kind cross-cultural cuisine.

But the presence of Oktoberfests in locations throughout the world reflects more than German migration patterns. The festivities inspire revelers of any heritage to enjoy tasty refreshments and get in step with the oompah band, and they foster an eat, drink and be merry type of euphoria that everyone can embrace.