Lanai is Hawaii’s smallest inhabited island, and the rugged oasis has much to offer — from striking rock formations and historic shipwrecks to sublime bays and romantic legends. The best part? It’s all just a one-hour ferry away from Maui.

Before my most recent trip to Hawaii, I knew Lanai simply as that island across the water from Maui (a mere nine miles away). But this time around, I decided to pursue a new adventure and take a day to actually go to that island.

So at 6:45 a.m. one morning, my boyfriend and I caught the first ferry over from Lahaina. When we arrived on Lanai, we rented a Jeep and set out to explore. Along the way, we discovered that outside of Lanai City, the mostly undeveloped island showcases nature at its most rugged and untamed. 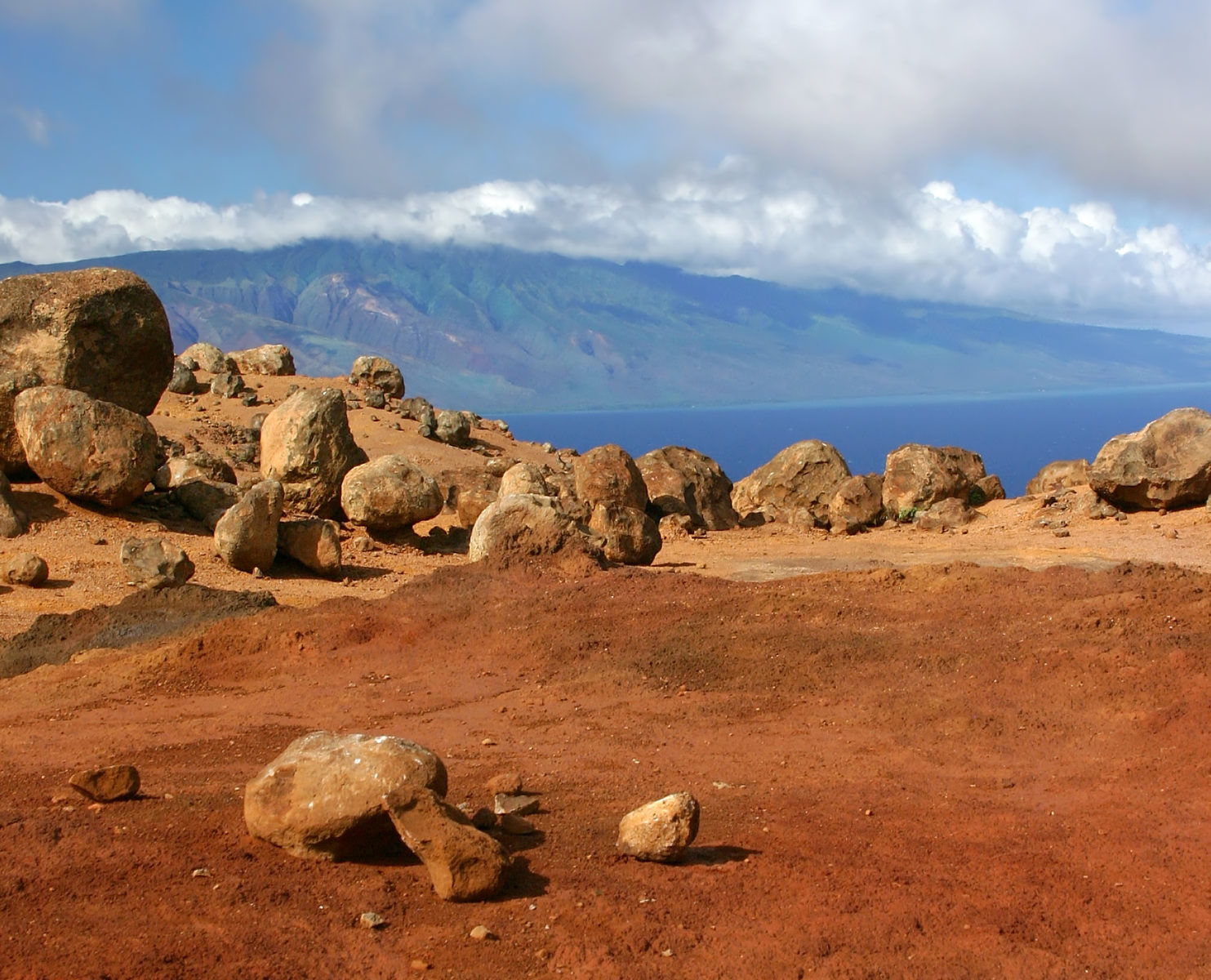 Rocking out in the Garden of the Gods

After picking up our wheels, we headed north out of Lanai City on Highway 440 before turning onto another road. That’s when we realized why you need a four-wheel drive vehicle to navigate the island: Only three of Lanai’s roads are paved, and the rest are rugged rock and red dirt. We were in for a bumpy ride!

We carefully drove the seven miles to Keahikawelo, the Garden of the Gods. When we arrived, we saw rusty red-orange boulders of every shape and size littering the landscape in craggy pinnacles and other cool formations. Hawaiian legend has it that the gods created the garden, either by dropping boulders from the sky or generating winds powerful enough to sculpt the rocks. Science points to wind and water erosion. Either way, the panorama is remarkable and — at an elevation of 1,600 feet — offers stunning views of the sea and the island of Molokai in the distance.

Make sure you know how to correctly engage the four-wheel drive on your rental car before driving on any unpaved roads. And take it easy as you maneuver over ruts and rocks — there’s plenty of time to see the island, and it’s more important to drive safely than quickly. 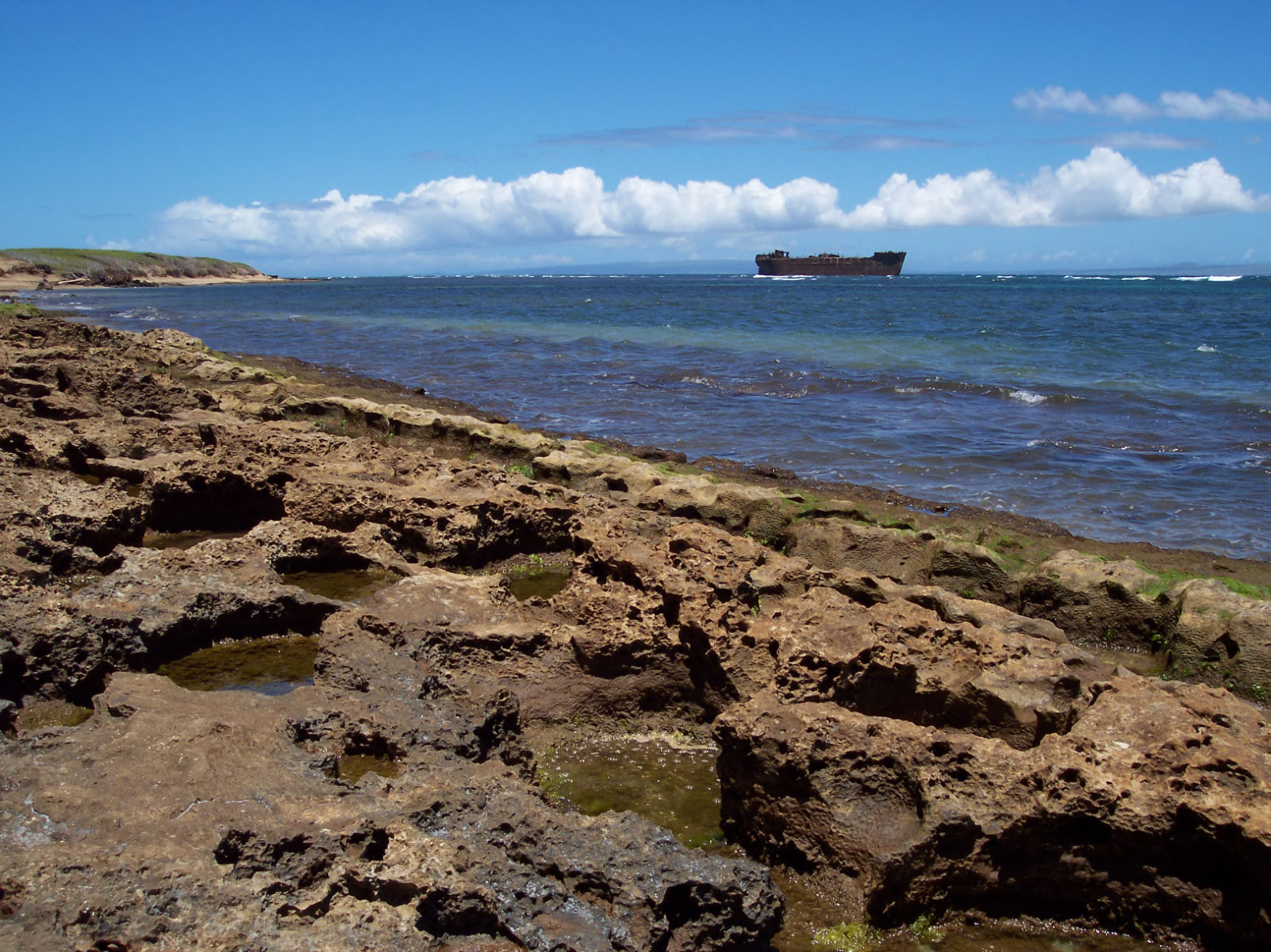 Hiking and History on Shipwreck Beach

After snapping some pictures, we got back in the car and drove back toward Lanai City along Keomuku Highway. After several miles, the pavement gave way to another red-dirt road and then a makeshift parking area for Shipwreck Beach, an eight-mile stretch of sand and boulders named for the many vessels that met their demise in its shallow waters.

Today, you can still see the rusting frame of a World War II oil tanker that was retired and abandoned on the reef more than 60 years ago. The boat is located a bit offshore, and the current is treacherous, so this isn’t the place for an exploratory swim. But we did embark on an invigorating half-mile hike down the beach to get a good view of the hull’s haunting silhouette against the vivid blue sea, cloud-speckled sky and neighboring islands of Maui and Molokai. 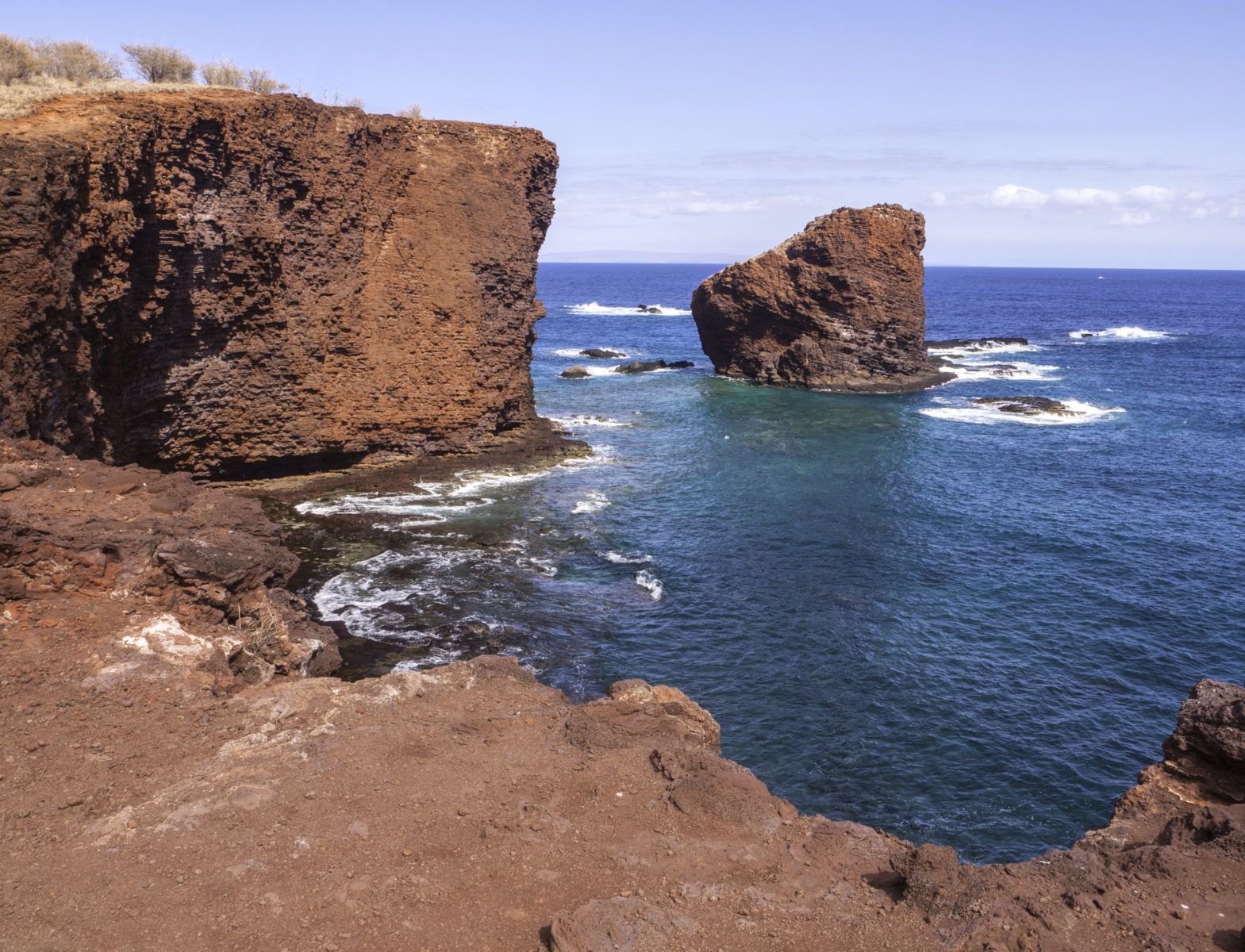 Legends and Dolphins in Hulopoe Bay

After experiencing Lanai’s rugged side, we were ready for romance and relaxation. So we made our way to Hulopoe Bay, a picturesque public beach at the southern end of the island. Once there, we took off our sandals and strolled through the sand for 15 minutes until we got a glimpse of Puu Pehe (Sweetheart Rock). This landmark hunk of stone rises 80 feet from the water just off the coast. It’s named for the legend of two young Hawaiian lovers: the beautiful maiden Puu Pehe and the handsome warrior Makakehau.

The bay is also home to pods of acrobatic spinner dolphins. If the bright sunshine and gentle turquoise surf weren’t enough to make us smile, watching one dolphin after another pirouette into the air certainly was. While humpback whales sometimes visit the bay, too, our timing was off — it was late May, and they were likely off frolicking near Alaska. I guess I’ll have to book a trip back to Lanai in the winter to meet them on their return!

If you’re planning to get an early start, book your roundtrip ferry ticket and car rental ahead of time and pack a to-go breakfast to enjoy while relaxing on the scenic trip over.