With its stunning beaches, palm tree forests and rich local culture, it’s no wonder Bali is a major tourist hotspot. During your Indonesian getaway, escape the crowds by exploring the Lombok and the Gili islands.

After my friend took a job in Bali and offered to be my local tour guide, I decided to visit the popular Indonesian island. I eagerly booked my flight, already envisioning myself sipping drinks out of coconuts while lounging on serene, white beaches.

What I actually experienced was slightly different. Yes, Bali is beautiful, but it’s also quite urban, buzzing with motorbikes and pulsing nightclubs. As we explored, my friend and I stuffed ourselves with fresh seafood, danced at posh clubs and tried surfing at the popular Kuta Beach. But after a few days, we were ready for something a bit more low key. So we embarked on some island hopping to the nearby Gili and Lombok Islands — and those side excursions were ultimately the most memorable parts of the trip. 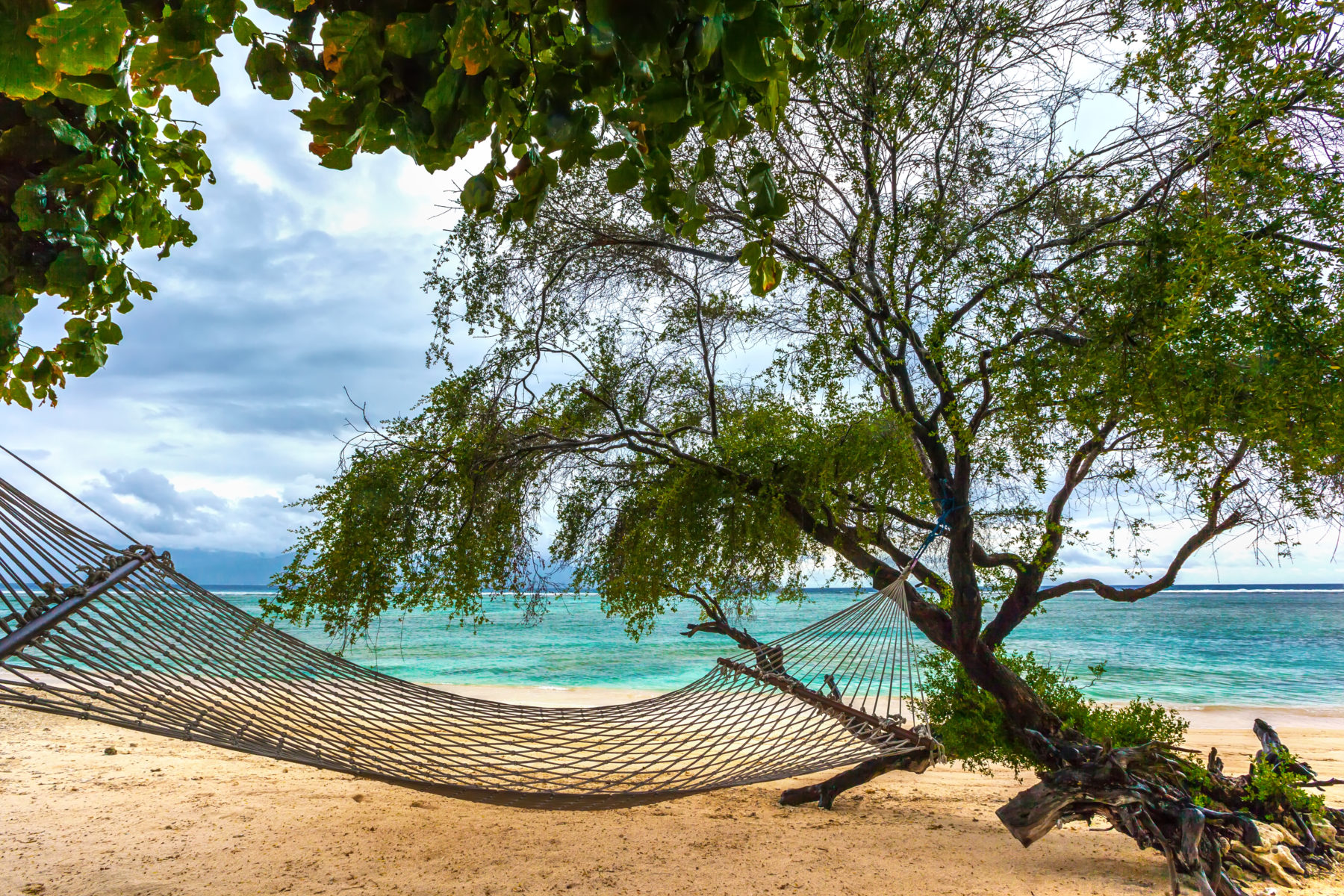 There are multiple ways to get to the Gili Islands, including by air and various types of boats. We opted to take a fast boat to Trawangan, the largest and most populated of the three Gili islands. The 2-hour trip from Padang Bali was $70 per person — pricier than the slow public ferry, but worth it for the time we saved.

I was in love as soon as we pulled up to Trawangan’s modest wooden dock. The sky was clear and blue, just like the water. Apart from the hubbub at the dock, the surroundings were serene and tranquil. Since motorized vehicles aren’t allowed on the Gili Islands, our luggage was hauled to our guesthouse by a small horse-drawn cart. To get around, we simply walked in our flip flops or rode down the main, unpaved road on beach cruiser bikes.

Trawangan is home to a handful of restaurant and food stalls, and even a few small nightclubs, but overall, the atmosphere is very tranquil. In fact, I felt like I had discovered a secret paradise island.

In the winter months, the waters between Bali and the Gili Islands can be rough and choppy. During this time, it may be easier to head to Lombok first — the boat ride from there is faster and smoother. 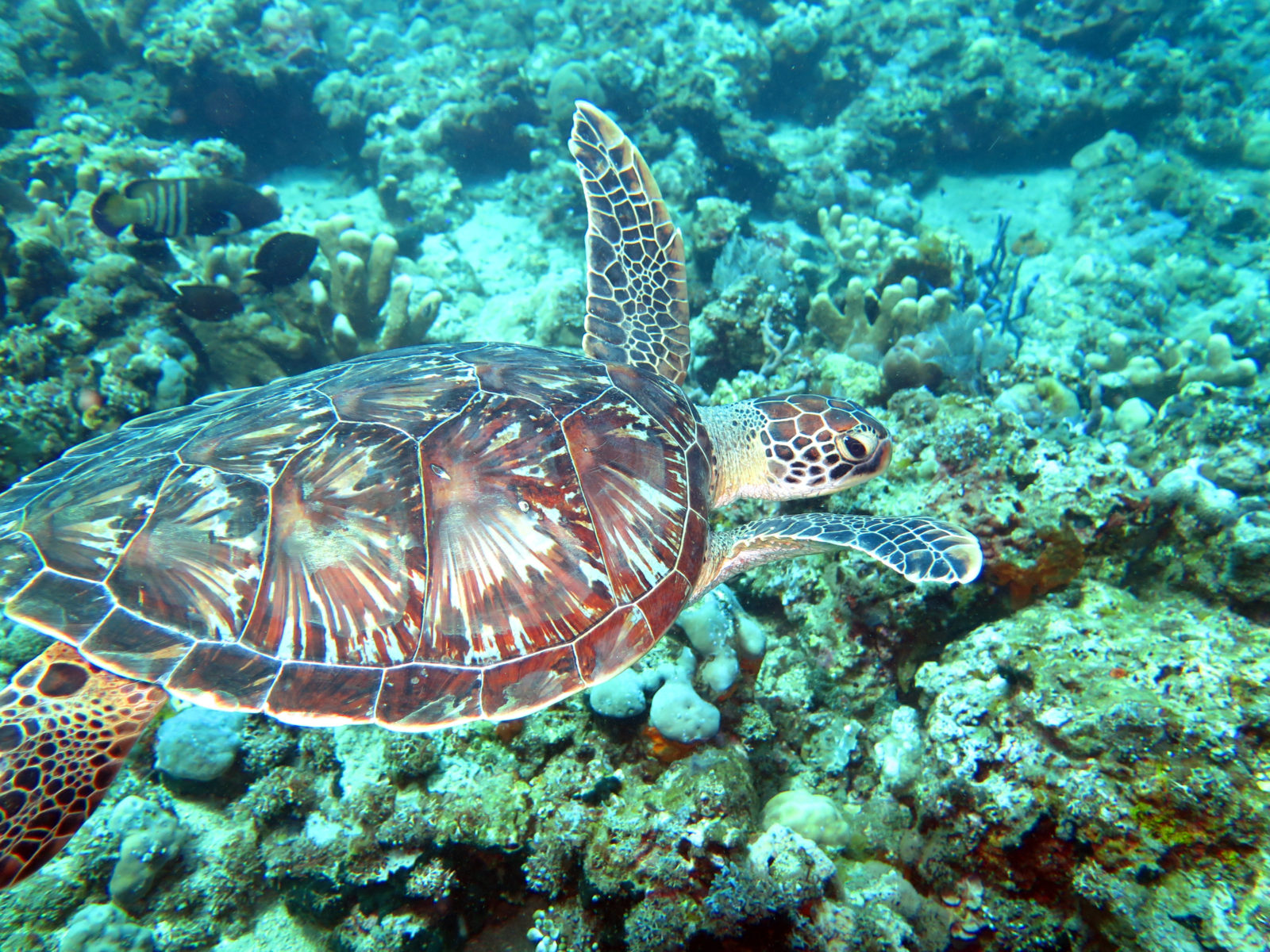 The beaches on the Gili Islands were like none I’d ever seen, with aquamarine water, unpolluted shores and blindingly white, sugar sand. On our third day, we rented a sea kayak and snorkeling equipment, and set off on a leisurely, 20-minute paddle to Gili Air. We’d heard that the small island was home to spectacular coral reef and marine life, and we weren’t disappointed. As we swam in the warm water, we spotted sea turtles, manta rays and even a small reef shark. They were our only companions — no other swimmers were in sight.

When we set off back toward Trawangan, we realized we were fighting the current. I felt like part of an Olympic rowing team as I paddled madly just to move a few feet. In fact, it took us 45 minutes to get back to our home beach. By the time we arrived, we were exhausted, sunburned, sore and already laughing about the experience. 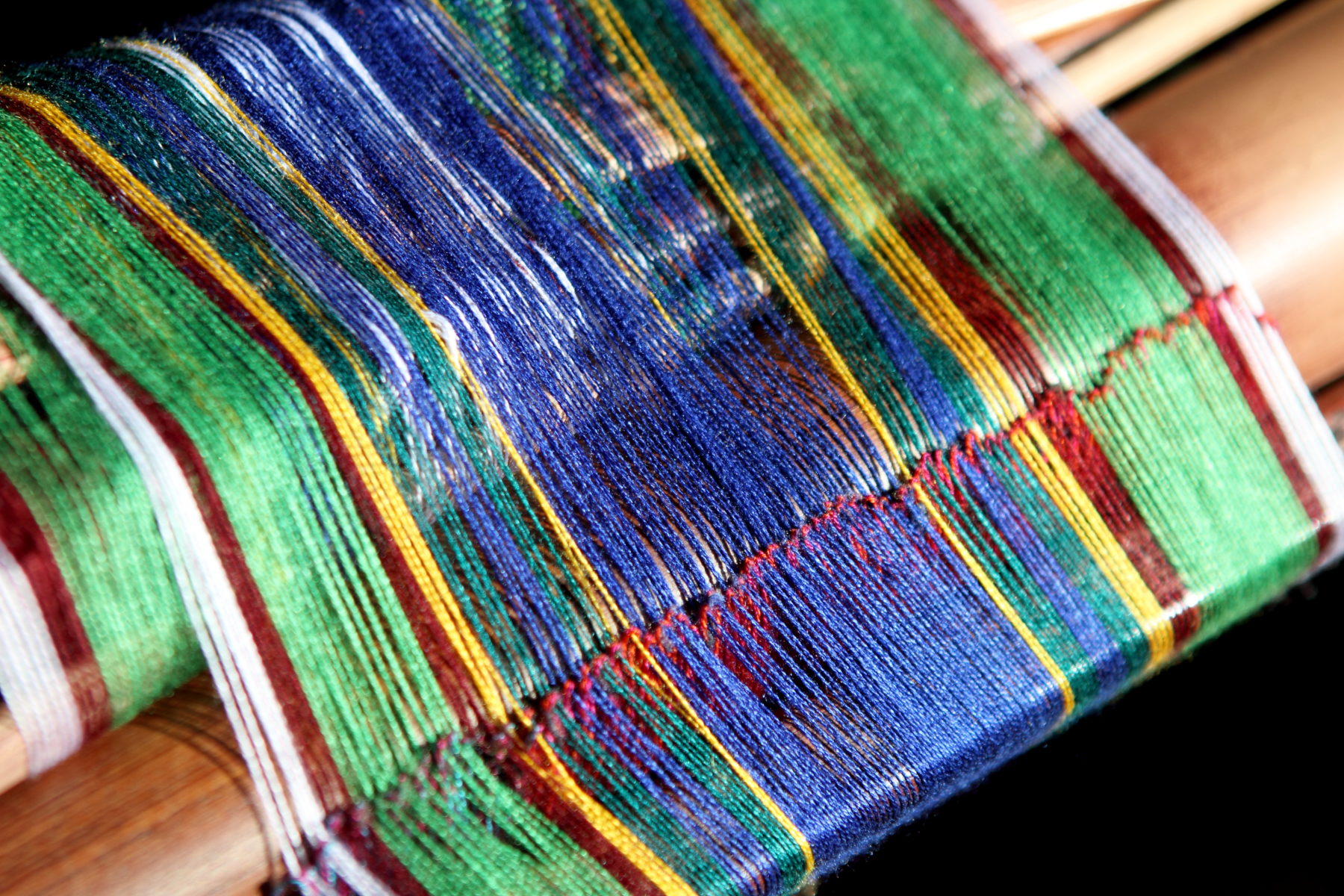 Exploring the Culture on Lombok

Our next stop was Lombok, a large island about 22 miles off the coast of Bali. We took the slow-moving public ferry this time, relaxing on an open deck alongside local families and scruffy backpackers.

Lombok is known for its idyllic beach towns, but since we’d just spent a few days on the beach, we booked a local guide to visit a Sasak Sade village. The Sasak people are indigenous to Lombok and are known for their handicrafts. When we arrived in Sade Village, we walked through a traditional home, which had a tall, bell-shaped roof made of straw. Sade women are known for their weaving skill, and they were eager to show off their handiwork to visitors. I got to try using one of the looms and quickly discovered that weaving is not my calling. But I bought one of their beautiful tapestries, which now hangs in my study.

The next day, at the suggestion of our guide, we hired a taxi to drive us through the Pusuk Monkey Forest. We marveled at the dense, misty jungle as we rode up a winding mountain road. At the peak, our driver pulled over, bought us bags of nuts and urged us toward a gaggle of monkeys. The chimps were clearly used to being an attraction, eagerly clamoring toward us in pursuit of snacks, which they took right from our palms.

By the end of our trip, we felt exhausted, excited and entranced. Still, there is so much more on Lombok and the Gili Islands that we didn’t get a chance to explore — which is why I’m already planning my next trip to Indonesia for more island-hopping adventures.