It’s not happy hour in London without a Pimm’s Cup, and I consider myself a connoisseur of this famous cocktail. During my last visit, I challenged myself to find the tastiest Pimm’s in the city.

It’s safe to say that Pimm’s Cups are the quintessential drink in Great Britain. Once the sun emerges after a cold and dark London winter, the Pimm’s comes out, too. In fact, it’s the official drink of Wimbledon, the Chelsea Flower Show, the Henley Royal Regatta and the Glyndebourne Festival Opera.

While exact recipes vary, a Pimm’s Cup always consists of its namesake liqueur, Pimm’s No. 1, lemon soda or ginger ale, and garnishes like strawberries or mint. It’s the variation that adds to the fun of drinking a Pimm’s cocktail — there’s no telling which fruits and flavors a bar might add to customize the cocktail.

As a bona fide anglophile who loves all things British, I love a good Pimm’s Cup. On a recent trip, when I wasn’t taking in the sights of London, I decided to sample my way through my favorite city in the world, on a quest to find the best Pimm’s in the city. 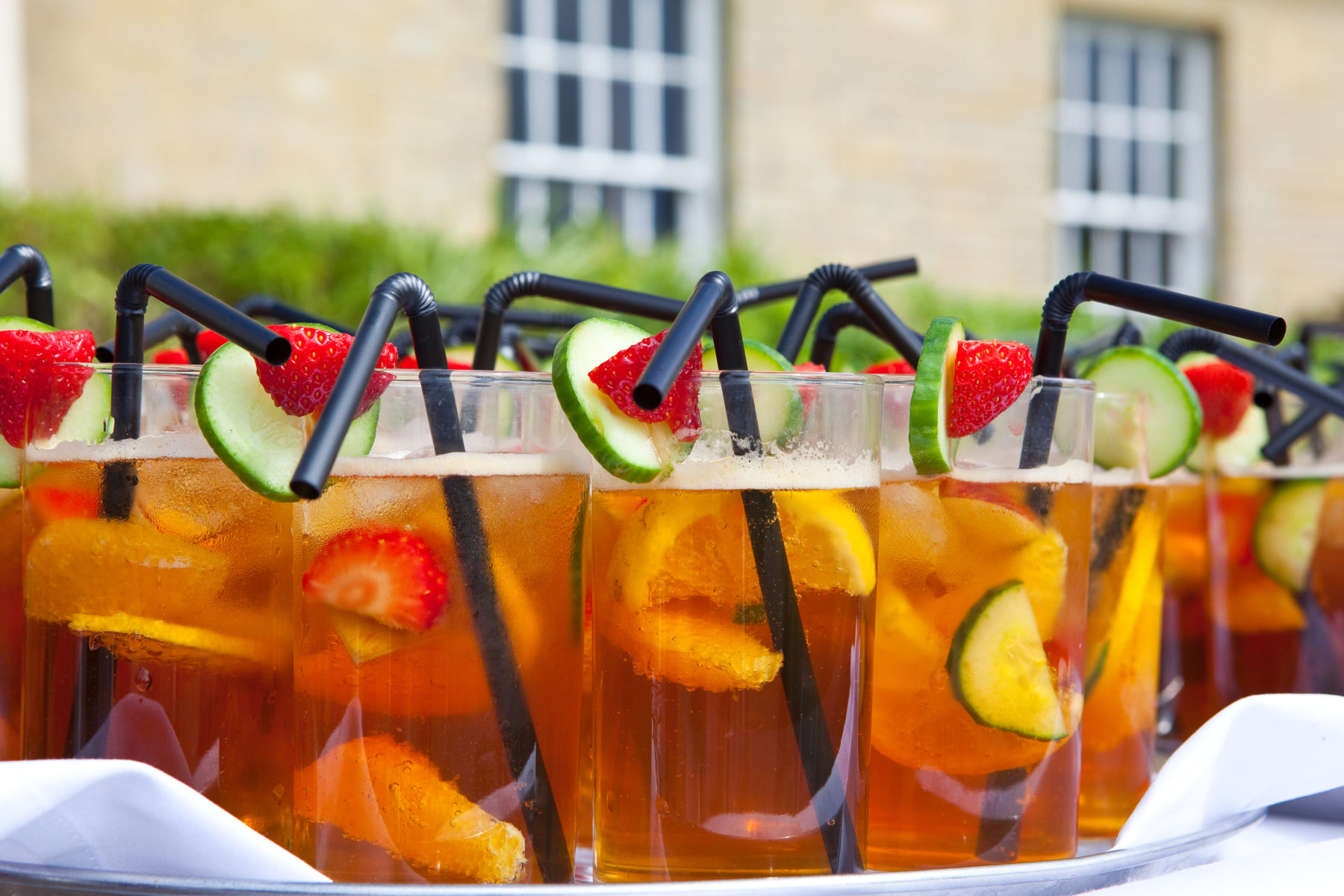 The History of Pimm’s

So what is in Pimm’s No. 1? Nobody quite knows. James Pimm owned an oyster bar in London in the early 1800s. By the 1840s, he had concocted the liqueur and marketed it as a digestif to consume after the meal. Containing a secret mixture of fruit and herbs, this gin-based drink became extremely popular right away.

Over the years, other Pimm’s creations — Nos. 2 through 6 — featured different alcohols like rum, brandy, whiskey and vodka. Pimm’s No. 1, however, has forever been the mainstay. The perennially popular drink is deeply integrated into British culture and traditions.

If you’re in the mood to drink a Pimm’s Cup outside, Lido Café Bar in Hyde Park is the perfect place to kick back and relax in nature — the beautiful views overlook the dazzling Serpentine lake. The best part of this experience: Lido offers pitchers of Pimm’s! These are big enough for everyone in your party to share, and that’s just what I do when I visit with friends.

The Castle is another fantastic option for Pimm’s Cups. This authentic British pub is located close to the Angel stop on the Northern Line and features everything you’d expect and want in a pub, from Pimm’s Cups to fish and chips. I love to sip their classic, no-frills cocktail on the outdoor patio when the weather is nice. Also, in the summer months, The Castle hosts BBQs, which make for a great way to spend a pleasant evening in the city.

As an official partner of the Wimbledon tennis tournament, Pimm’s hosts pop-up bars near the event grounds — follow the queues to taste a Pimm’s Cup made by the masters. 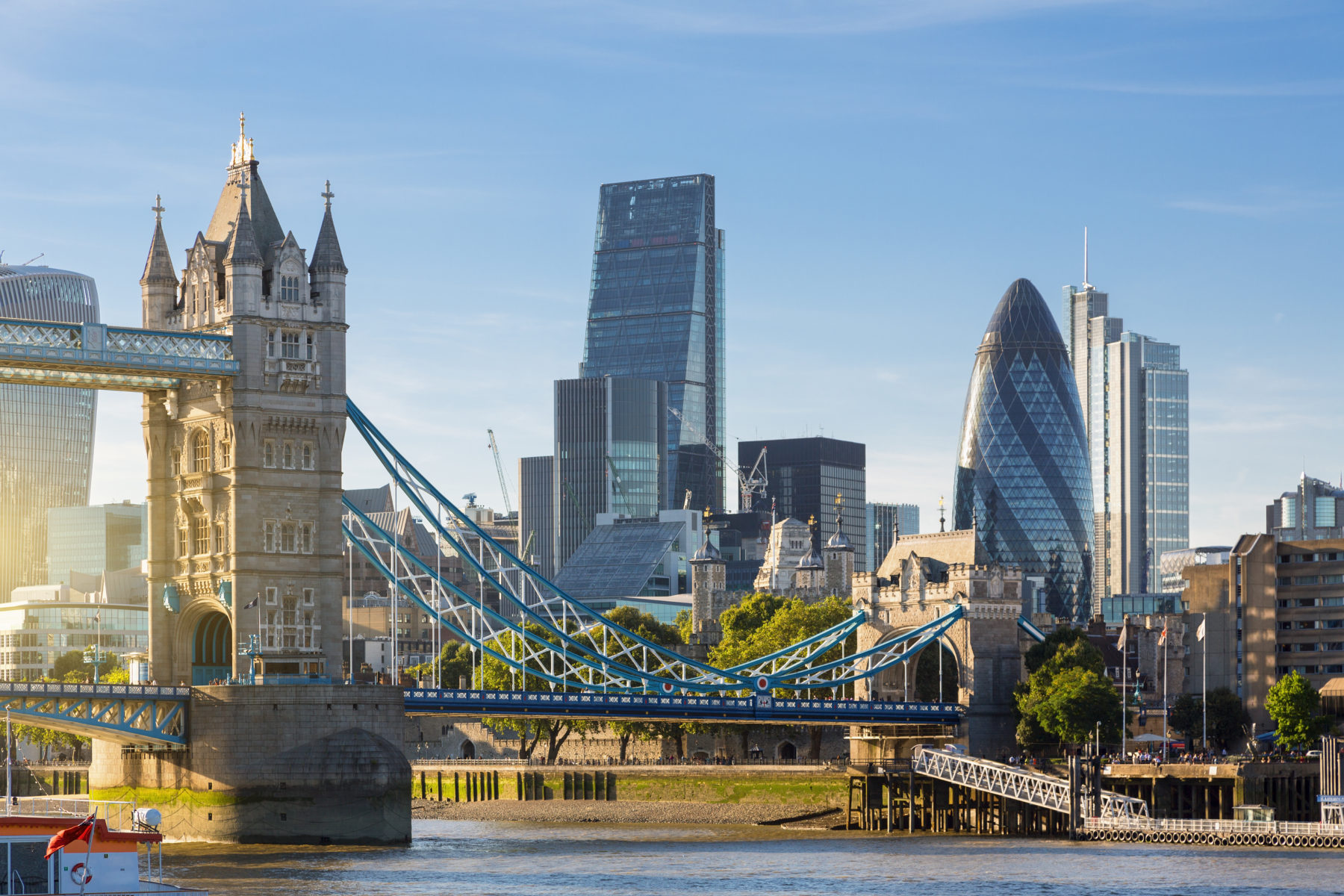 Pimm’s With a View

For a different spin on Pimm’s, head south toward the Thames to the Dickens Inn. Situated on the marina, this large grill, pizzeria and bar affords views of the Tower Bridge in the distance. But the location might not even be the best part — here, you can order Pimm’s Cups warm. Yes, warm! While it’s usually a summer drink, you can enjoy them year-round at the Dickens Inn, even when it’s chilly outside.

For yet another intriguing take — and for those who love spirits as much as history and literature — visit The Spaniards Inn. Allegedly built in 1585, many works of British fiction, like Dickens’ The Pickwick Papers and Bram Stoker’s Dracula, featured this pub. And many famous artists have walked through its doors over the years. John Keats even wrote Ode to a Nightingale here! Sip your Pimm’s Cup on the pub’s large outdoor area, tucked away under a gorgeous canopy of trees that makes you feel like you’re hundreds of miles from London, rather than just a few Tube stops away.

Overall, when it comes to Pimm’s Cups, it’s pretty easy to find one in England’s capital city. Because in London, as the catchphrase goes, it’s always Pimms O’Clock!

Can’t make it to London? Fortunately, Pimm’s Cups have gained popularity in the United States. Many bars in New Orleans serve Pimm’s — or buy a bottle of Pimm’s No. 1 to make your own!