When we travel we seek new experiences. Be they sights, sounds, feelings or tastes, we hope to get something new or at least something special with every endeavor.

While visiting Spain last spring, I was lucky enough to experience all of the above a little restaurant called Casa María in Ronda. But before I tell you about it, be forewarned: you may not want to read this on an empty stomach!

I discovered Restaurante Casa María through a little research and decided to make it a priority on my day trip from Marriott’s Playa Andaluza to Ronda, a charming mountain town that’s about an hour’s drive away. 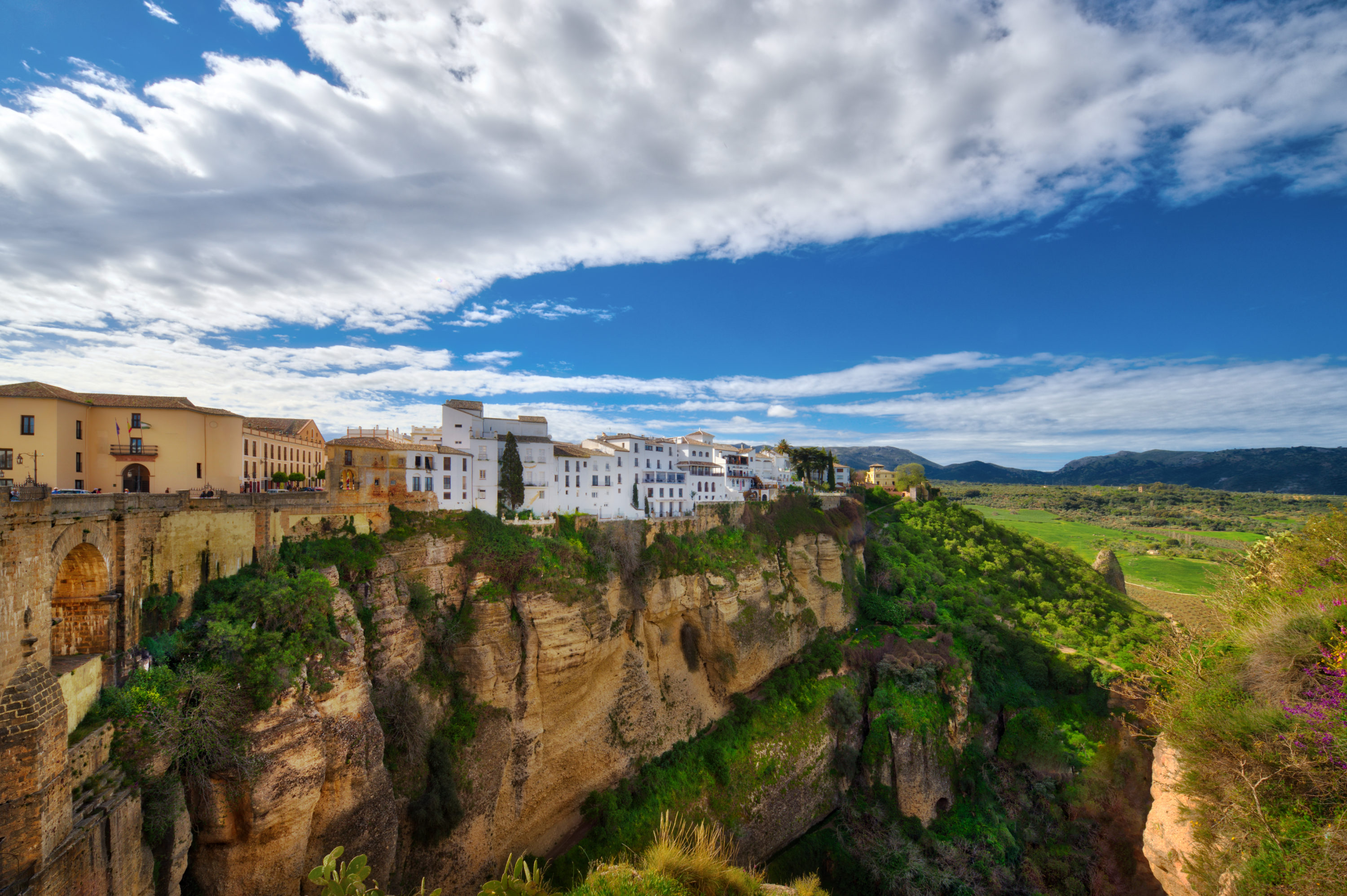 Most of the tapas restaurants around Costa del Sol feature café dining, with tables and colorful umbrellas announcing their presence yards before you can read their signage. But Casa María does not offer sidewalk dining. Casa María does not lure you in with a marquee or even a welcoming entrance. And the best thing that Casa María doesn’t offer is a menu.

We arrived as a party of four and found only four tables inside the restaurant, each with a Reserved card placed on it. We found out that the owner does this so he has a chance to explain to patrons what they’re in for before they take a seat.

Speaking of the owner — who was also the chef — he didn’t speak much English, but he handed me a laminated card that explained the concept of the restaurant: that guests should prepare for “a little bit of everything” and will receive the best the kitchen has to offer that day. He asked me if we understood, and then if there was anything we “can’t or won’t” eat. When I answered that we knew how it worked and we were all game, he smiled and seated us at a beautiful bar-height table.

We began with wine, as every good meal should. There was no wine list; everything would be a house recommendation. The chef chose a light and fruity chardonnay and as it was half-past noon on a Monday, we all thought that was appropriate. Because I am not a sommelier, I am thrilled when a chef chooses a wine for me, because they know much better than I which wine to pair with whatever they’re about to serve.

About seven minutes later, the chef emerged with our first dish, a round tart-like presentation with three layers and a brûlée top. Layer one was a foie gras, topped with fresh goat cheese and cooked apples covered in custard, braised on top with a torch and plated over a sweet caramel-like glaze sprinkled with toasted hazelnuts. 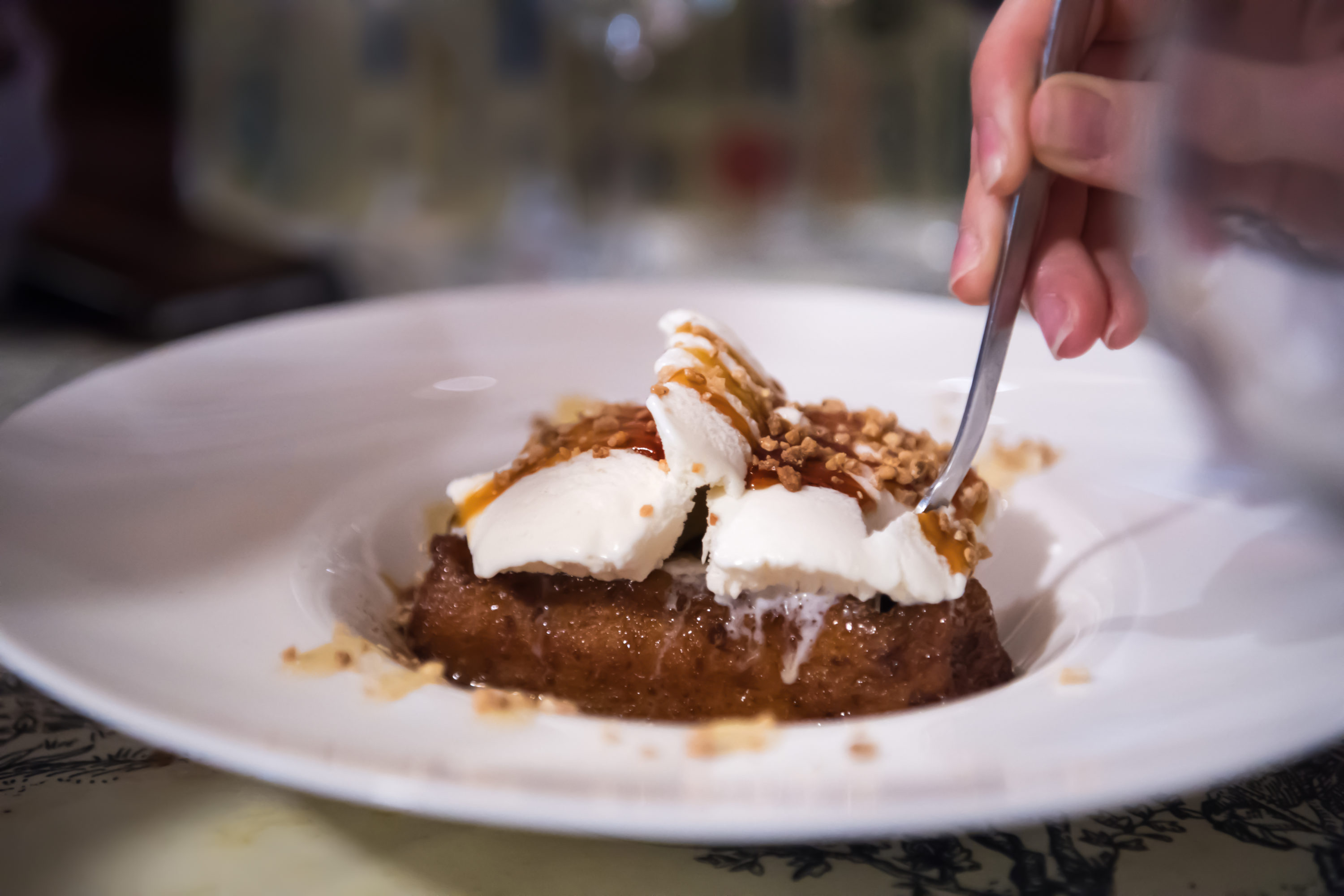 While I have an open mind to all things food, I don’t think I would have ordered this dish had I read it on a menu. But a split second after the first bite hit my tongue, I discovered that it was fork-dropping good, and my companions concurred. While retrieving my fork, out of the corner of my eye I saw our chef watching our group devour his dish. He was beaming with pride at our reactions, so I turned to let him see the joy on my face, and he pantomimed a suggestion: drink the wine. It was the perfect pairing and that was only the beginning.

Everything was served family-style, so the four of us shared each plate. After the spectacular tart, the dishes arrived in groups of two or three. The first featured roasted asparagus with a sweet tangy mustard sauce drizzled on top, a bruschetta-type bread dish and something I can only describe as a lightly fried goat cheese burrito topped with a raspberry marmalade. Each dish was absolutely delicious, but the standout for me was the bread. It was topped with a tomato and garlic compote, sprinkled with sea salt and broiled to a light brown. 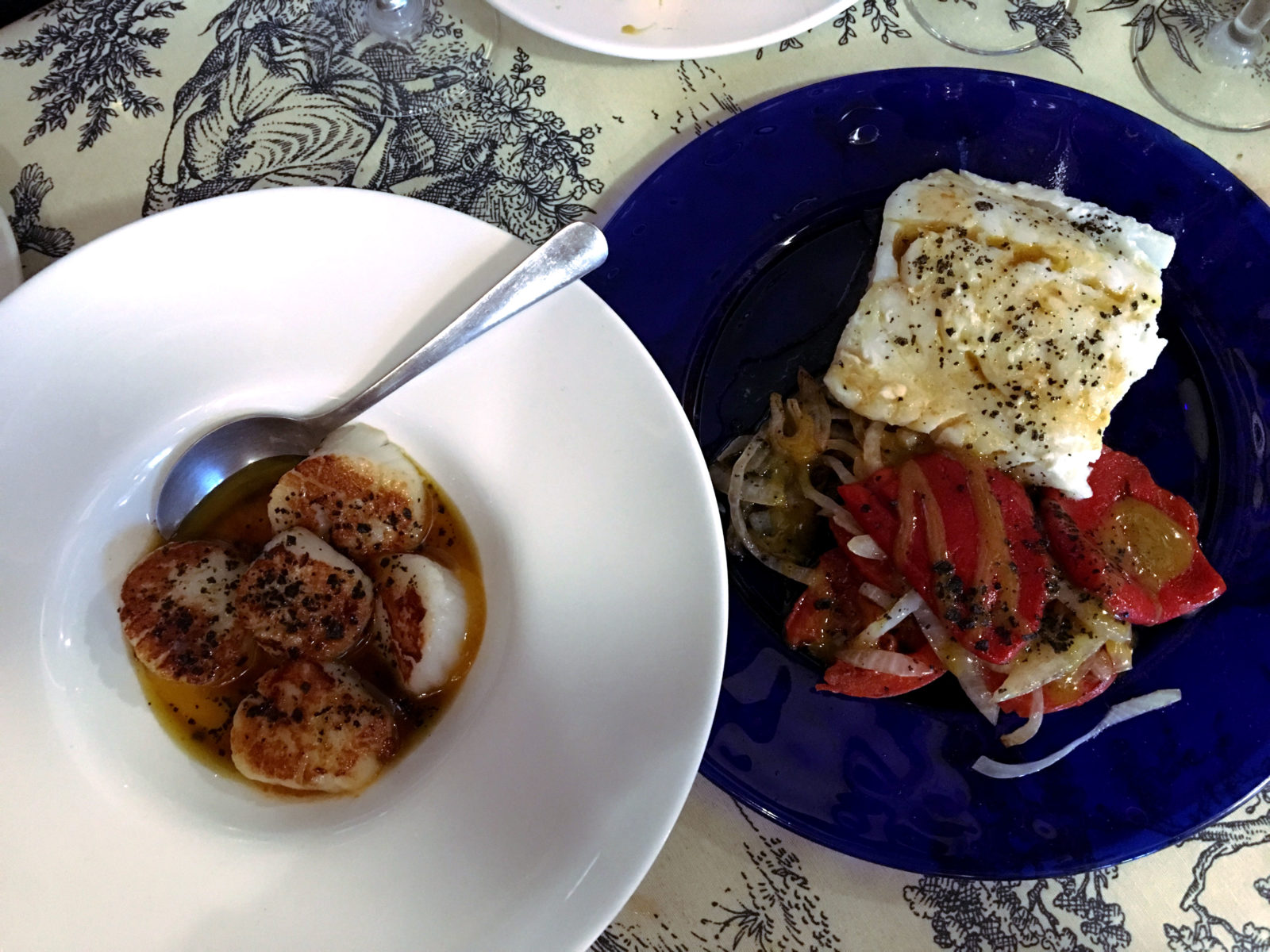 Next up was the fish course, which included two plates. The first was a perfectly poached conch fish served over a bed of roasted peppers, tomatoes and onions. The fish was airy and the vegetables were outstanding. The second fish dish was fresh pan-seared sea scallops in an aromatic sauce, and it was somehow better than the first. I can honestly say they were the best scallops I have ever had.

Not Your Mama’s Meat and Potatoes

Then it was time to bring on the meat! The arrival of a bottle of red let us know we were entering the next course. First up was a fresh porterhouse, brought to the table sliced, cooked to buttery perfection and finished with a healthy sprinkle of sea salt. Next to arrive was a plate of beef cheek — more tender than a filet and super absorbent to all flavoring. I have no idea what exactly went into the marinade, but I’m confident that love, hope and dreams were on the ingredients list. By now you’re probably tired of reading “the best” over and over, but the cheek was, again, the best I’d ever had. 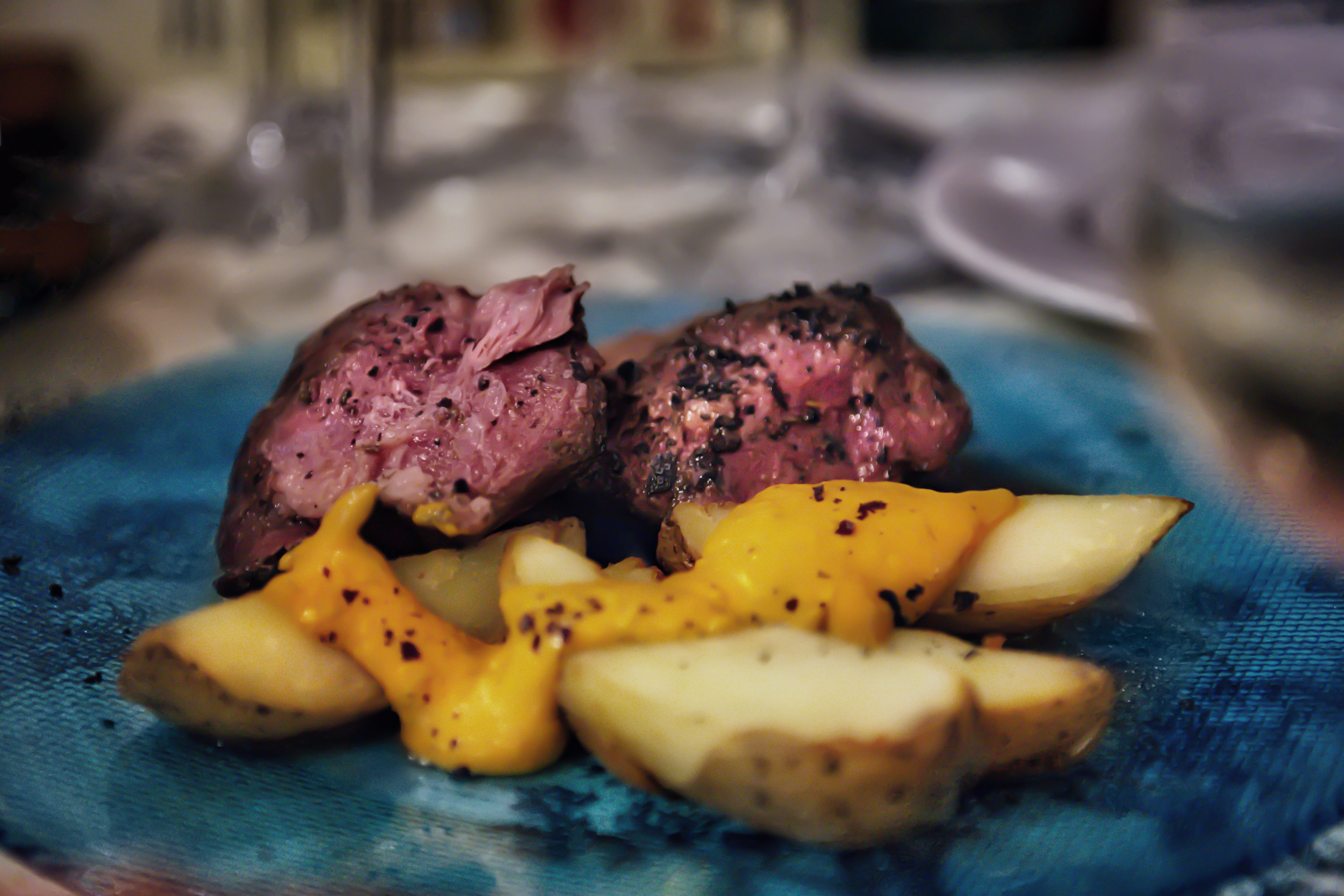 Accompanying the meat were potatoes prepared two ways: a simple wedge with a light cheese-based cream sauce, and a more elaborate bowl of potato wedges topped with an over-easy egg, crispy pancetta and truffles. Our chef, now tableside, stirred this dish for us, mixing the egg yolk and truffles around so the flavors were evenly dispersed. I had never had potatoes quite like those; they were delicious, rich and robust.

By the time the two desserts hit the table, we were all quite full. But these two dishes looked too good to pass up: a hazelnut ganache, and ice cream served over a perfectly moist rum cake and appertif poured over the top. After devouring the final course, the four of us sat there feeling full, content and blown away.

The Moral of This Culinary Story?

If you ever get the opportunity to “trust a chef,” please do. I am not one who enjoys surprises all that much in other areas of my life, but when it comes to food, I absolutely love it. An even better surprise arrived when the check came and the total cost with gratuity was just over US$35 per person—a perfect meal for a very reasonable price.