While I expected to find double rainbows and breaching humpback whales on my recent trip to Kauai, I didn’t anticipate the breathtakingly delicious meals. From shave ice to poke bowls, find out why the Garden Isle should be on the top of your foodie must-visit list.

During a recent trip to the Hawaiian island of Kauai, the local cuisine was one of the biggest highlights, on par with sailing the Na Pali Coast and off-roading in a tropical rainforest. Kauai’s dining scene — a combination of rural and refined — flavors inventiveness. But it’s the island’s natural resources that set its food apart: seafood at the trendiest, most over-priced restaurant in New York City can’t compare to the fresh ahi poke served on plastic plates from a market in Kapaa.

So head to Kauai and trade in your sad desk salad and subpar evening sushi for the world’s best seafood — and the island’s delectable signature dishes. 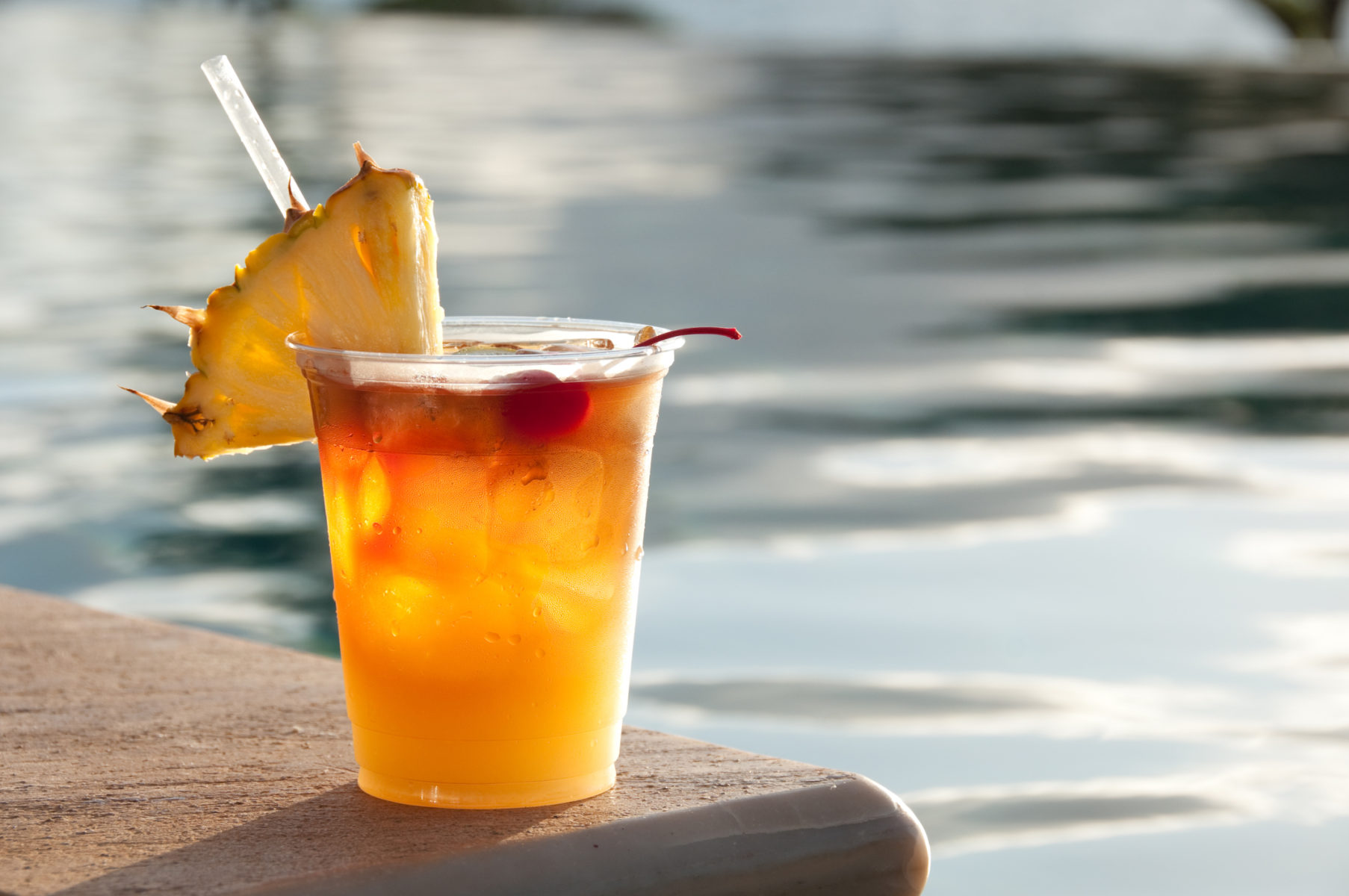 When I arrived at Gaylord’s for dinner on my first night in Kauai, it was as though I’d imagined the bucolic setting into existence. Everything was staged to perfection: string lights adorned the indoor/outdoor dining area in the historic plantation home, and meadows unfurled in every direction. The farm-to-table menu was equally beyond belief — the kitchen sources from the sustainable farmlands surrounding it. As a nightcap, I enjoyed learning how to make my own Mai Tai during an on-site Kōloa Rum tasting.

Before dinner, ride the Plantation Railway through fields of pineapple and bananas, and commune with the goats, donkeys and horses that call Kilohana Plantation home. 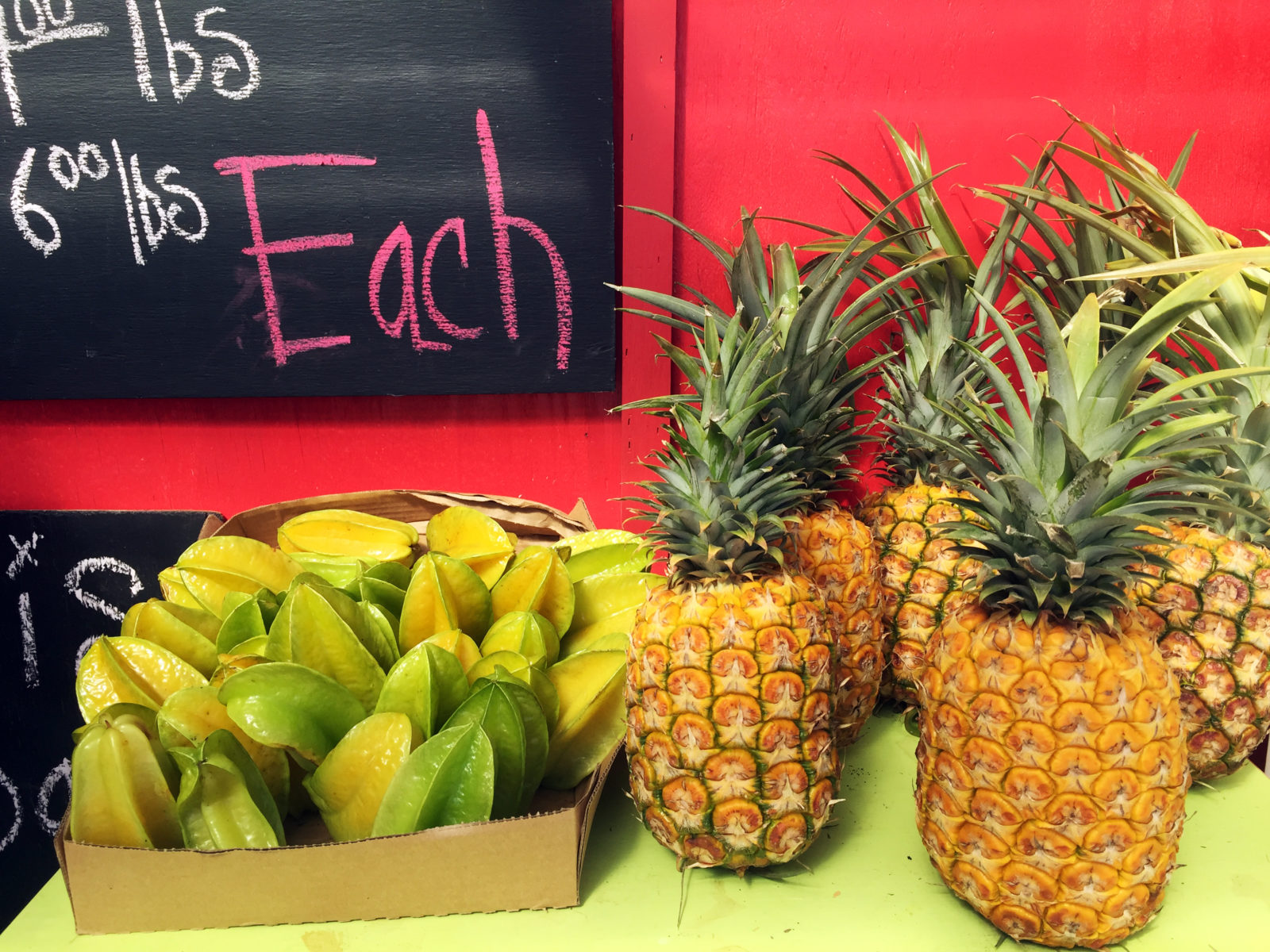 For live music and local delicacies, check out the Kauai Culinary Market on Wednesday afternoons at The Shops At Kukuiʻula in Poipu. The line for the homemade pasta tends to be long (and it usually sells out), so I made sure to arrive early — and it undoubtedly lived up to the hype. 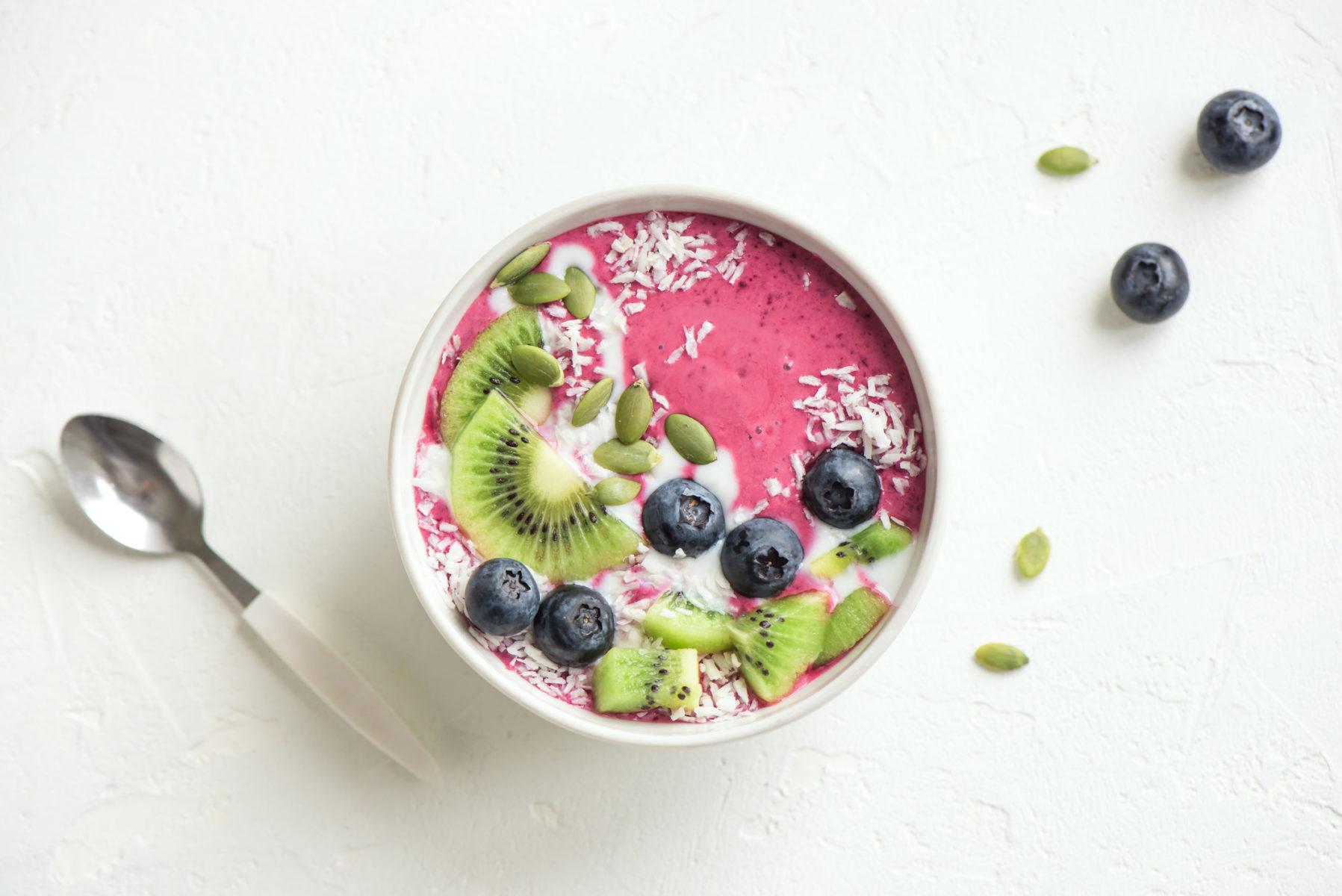 Aloha ʻAina Juice Cafe is what every organic café in Los Angeles wishes it could be. Even I, an avowed skeptic of the green juice movement, couldn’t stop gushing over my acai bowl. The cafe has two locations in Lihue and Puhi — and both serve up the same delicious juices, smoothies and yes, acai bowls, made with mouthwateringly fresh ingredients.

Merriman’s makes the best Mai Tais on the island. (Trust me, I did my research.) But it also boasts a stunning view of the rolling green hills of Koloa. Part of a multi-island Hawaiian chain, Merriman’s serves incredible regional cuisine — with an emphasis on freshly caught seafood — so don’t be surprised when your dinner makes eye contact from your plate. 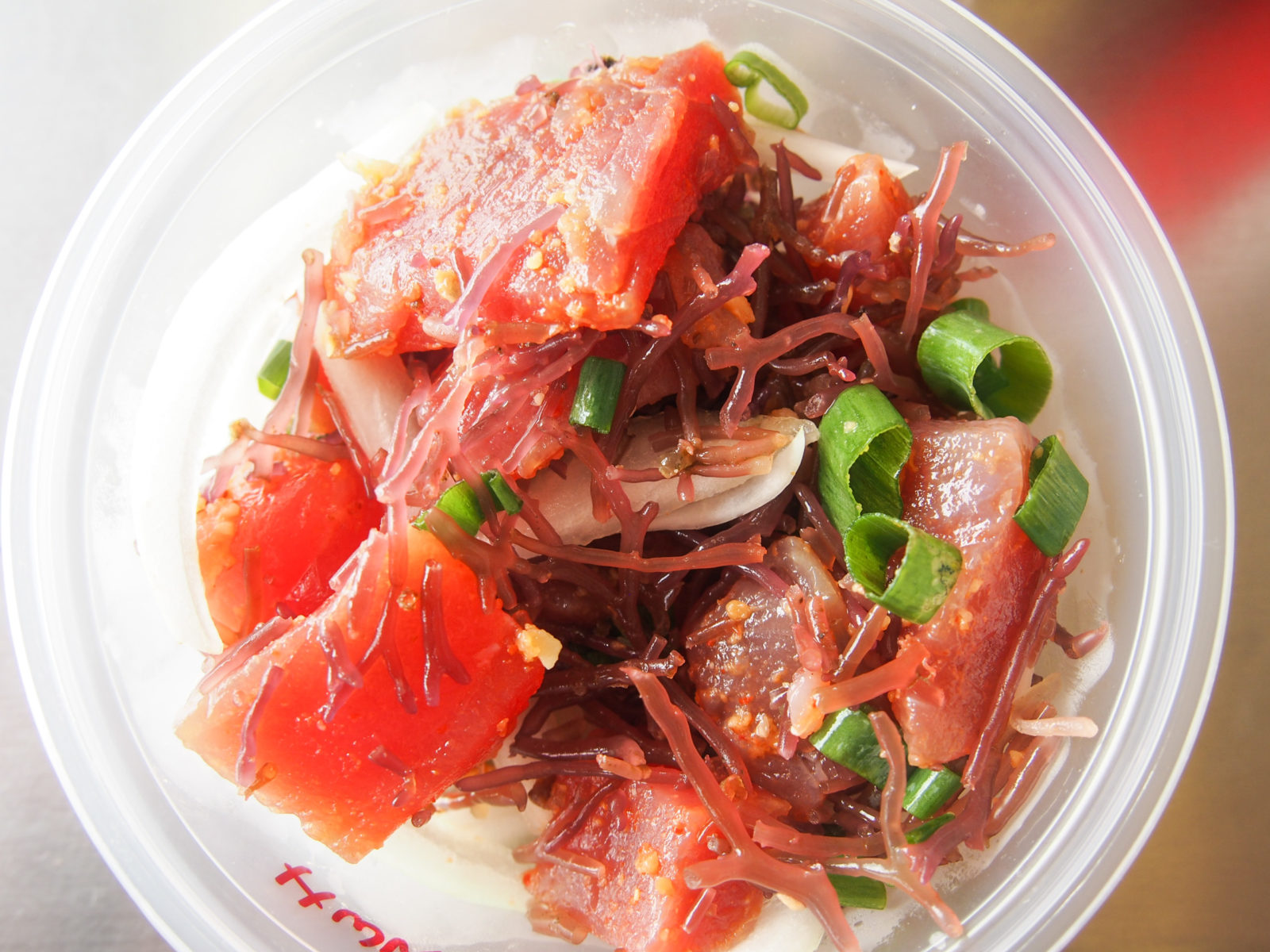 The small town of Kapaa is at the center of Kauai’s growing foodie scene, thanks to little gems like Pono Market. Sitting at a picnic table outside, I had my first (and certainly not my last) poke bowl. The native Hawaiian dish of diced, raw fish and vegetables has become quite the rage on the mainland — a sign of Hawaii’s increasing culinary influence. But there’s nothing quite like enjoying poke in a local island setting like this one. Don’t judge your meal by its presentation: the paper plates and plastic silverware may remind you of grocery store sushi, but this market is light years ahead of your local deli. 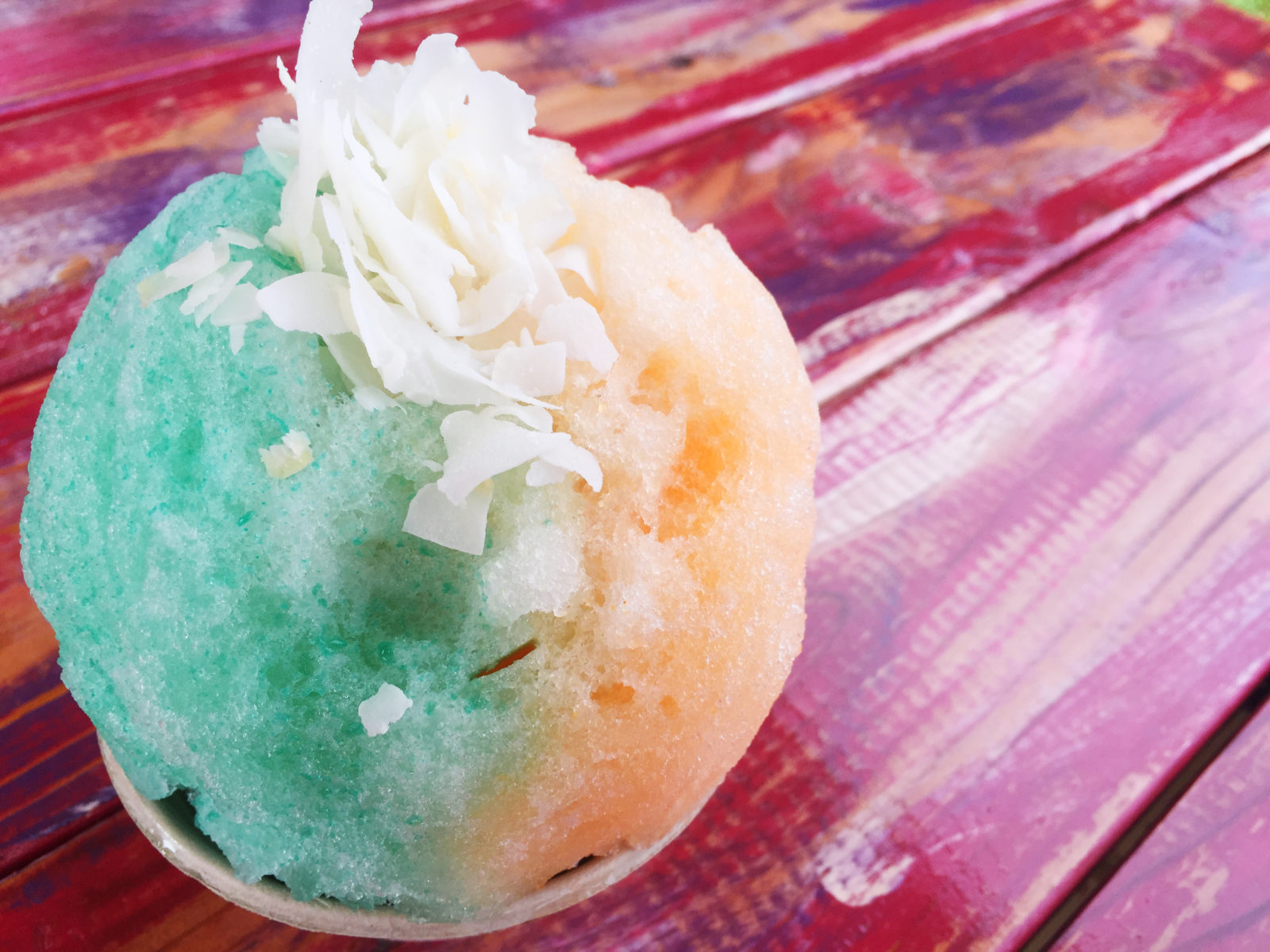 The line for the Wailua Shave Ice truck — which is just down the road from Pono Market — snakes down the sidewalk. The dessert made with local fruit is a favorite of visitors and locals alike. It originated in 7th-century China and was imported to Hawaii by Japanese immigrants. Today, it’s emblematic of the growth of the island’s street food culture — which Wailua has brought to the mainland as well, with new locations in Portland and San Diego.