Whether you make a quick jaunt across the river or go island hopping, Hilton Head is surrounded by scenic and historic destinations that deserve exploration. Read on for three of my recommended day trips that will immerse you in Low Country culture. 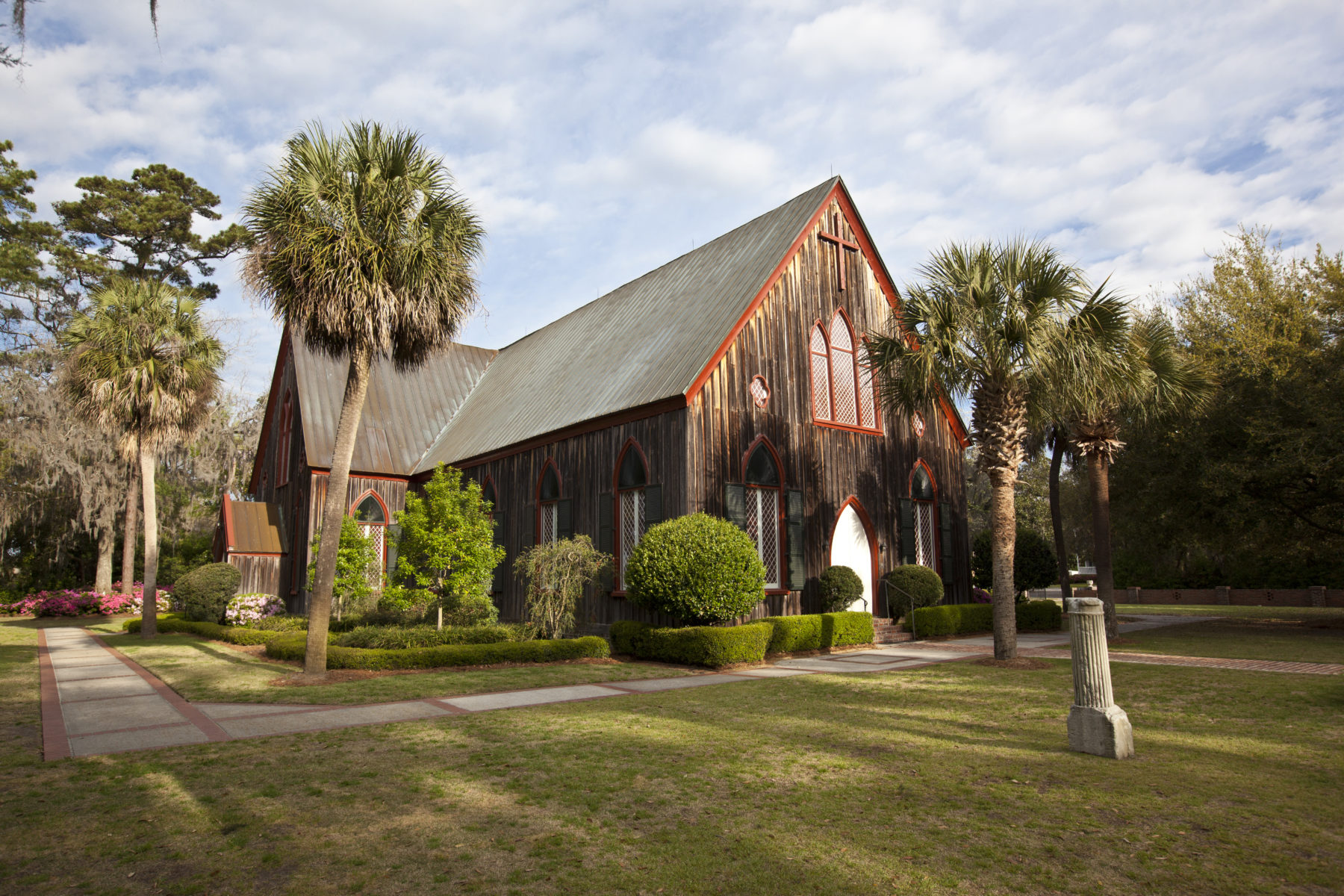 During my Hilton Head Island stay, I cross the Harbor River to the mainland to spend some time in charming Bluffton, known as the heart of the Low Country. I set my course toward Old Town’s Calhoun Street, lined with historic homes, live oaks, and a trendy art scene.

I visit two beloved locales, the Heyward House Historic Center and The Church of the Cross. The Heyward House, also the town’s official welcome center, is a well-preserved antebellum home. They offer tours of the former residence, and guided walks throughout the city. The Church of the Cross is located at the end of Calhoun Street, overlooking the May River. Dating back to 1767, the church’s Gothic architecture is breathtaking.

For dinner, I take a local’s advice and head to Captain Woody’s Seafood Bar, a casual Bluffton hangout. I’m drawn to the heaping Captain’s Trio, featuring shrimp, scallops, and baked fish. And though I joyfully indulge, I’m sure to save room for the must-have peanut butter pie. 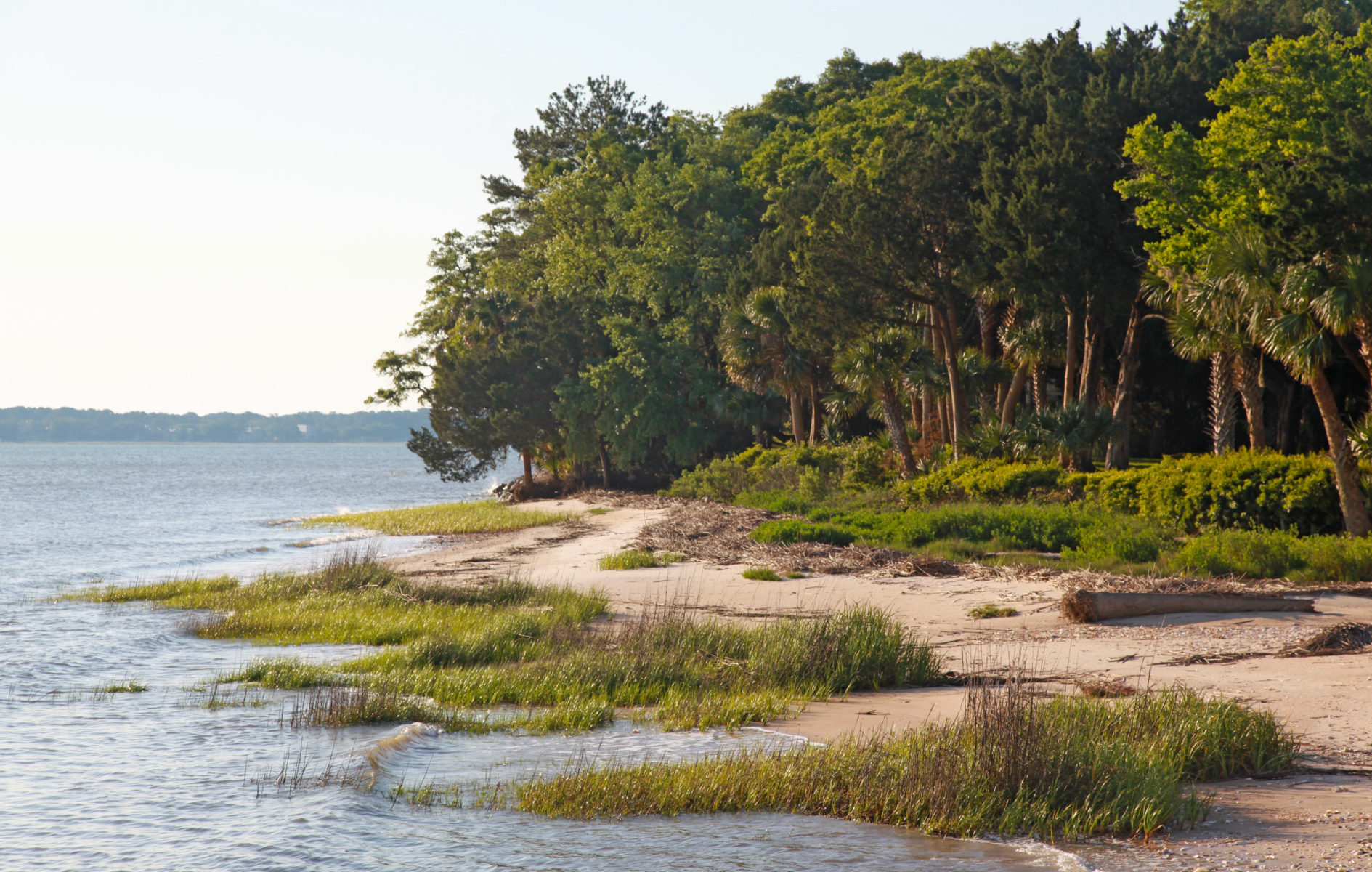 No matter the time of year — whether strolling during the winter or swimming in the summer — people congregate on Hilton Head’s 12 miles of beautiful beaches. The most popular and busiest of the seven public-access beaches is Coligny Beach. There are amenities such as volleyball nets, restrooms, sand showers, and even a beach bar. Across from the beach, there are plenty of restaurants and shops; The Frosty Frog Cafe’s monster-size Carol’s burger leaves me well-fueled for my afternoon activities.

For a trip off the beaten path, I’m headed to Daufuskie Island. Accessible only by boat, the island holds a romantic attraction for many. It offers a peek into the bygone days of the Sea Islands, before they were connected to the mainland and developed. Daufuskie is home to about 400 people, many of whom are descendants of emancipated slaves. The late novelist Pat Conroy made the island famous with his memoir The Water is Wide, based on his experience as a teacher here.

I choose a small-group tour, booked through Outside Hilton Head. We visit Daufuskie’s oldest structure, the First Union African Baptist Church, as well as the Bloody Point Lighthouse, named for the 18th-century Native American battles that took place here. The lighthouse itself dates back to 1883, and today it’s a museum and gift shop.

Back on the mainland, it’s Frankie Bones Restaurant & Lounge for dinner. The scene is a throwback to the 1960s and the Rat Pack. I go all in and order Frankie’s lobster mac and cheese, and end the day feeling completely content. 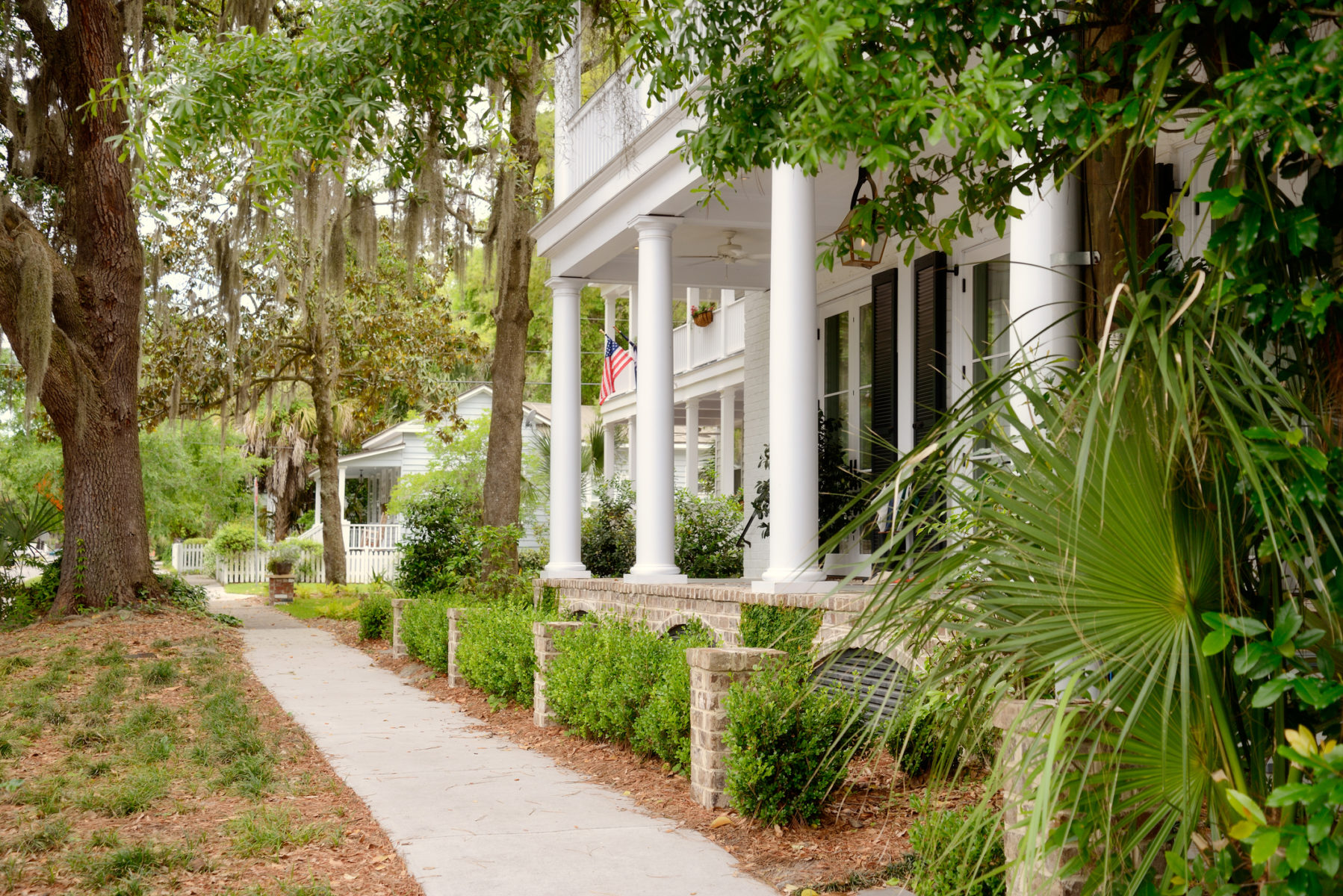 No visit to the Low Country is complete without a day-trip to lovely Beaufort. About an hour’s drive northwest of Hilton Head, the centuries-old town is known for its picturesque streets lined with live oaks draped in Spanish moss. Many of the scenes in the cinematic classic Forrest Gump were filmed in and around Beaufort.

I book an excursion through Sunshine Walking Tours. My guide and I spend two hours meandering through the historic district. We pass beautiful old homes, including the former residence of Pat Conroy, Beaufort’s favorite son. After working up an appetite, I break at Blackstone’s Cafe, which serves breakfast and lunch only. It’s a homey kind of place, with endless coffee refills.

Fully satisfied and well-caffeinated, I make the 15-minute drive to St. Helena Island, home to Penn Center. It was the site of one of the country’s first schools for freed slaves, and in the 1960s, a meeting place for civil rights leaders. It has been declared by the National Park Service as one of four sites in the Reconstruction Era National Monument. Dr. Martin Luther King Jr. spent time in retreat here, allegedly penning his “I Have a Dream” speech. There are guided walks around the grounds and self-guided tours. The museum showcases works by local artists and provides a timeline of the center’s history.

Before leaving Beaufort, I dine at Gullah Grub Restaurant where chef Bill Green honors Gullah traditions and serves the freshest foods with French, Spanish, and West African influences. There are tasty classics such as gumbo and frogmore stew (aka a Low Country boil). I can recommend the Southern LoCountry crab soup, and, for sure, the sweet potato pie.

This content is excerpted from an article originally appeared in issue 2, 2017 of the North American edition of Interval World magazine, published by Interval International®, an indirect subsidiary of Marriott Vacations Worldwide. Any re-use of this content, or any portion of this content, is strictly prohibited. All rights reserved.