The island of Hawai’i is an adventure-lover’s playground by day — but the action doesn’t end after dark. From the atop a volcano or underwater, don’t miss these otherworldly nighttime activities on Hawai’i Island.

When I landed at Kona International Airport for the first time, I gazed down at the jagged brown-and-gray landscape and second-guessed my choice for a tropical escape. Hawai’i Island is home to Kilauea, a volcano that has been spewing molten magma since 1983, as well as four other volcanoes that formed much of the island’s moon-meets-Mars leeward side. As I looked at the lava stretching from the coast to the slopes of massive Mauna Kea, its hardened swirls reminded me of the tops of over-baked brownies.

But once I hopped in my rental car, cranked up the radio and started exploring, I discovered picturesque grasslands and dramatic black-sand beaches. Even better, I soon learned that on Hawai’i Island, the fun doesn’t stop when the sun sets. In fact, visitors can choose from several exhilarating after-dark activities. 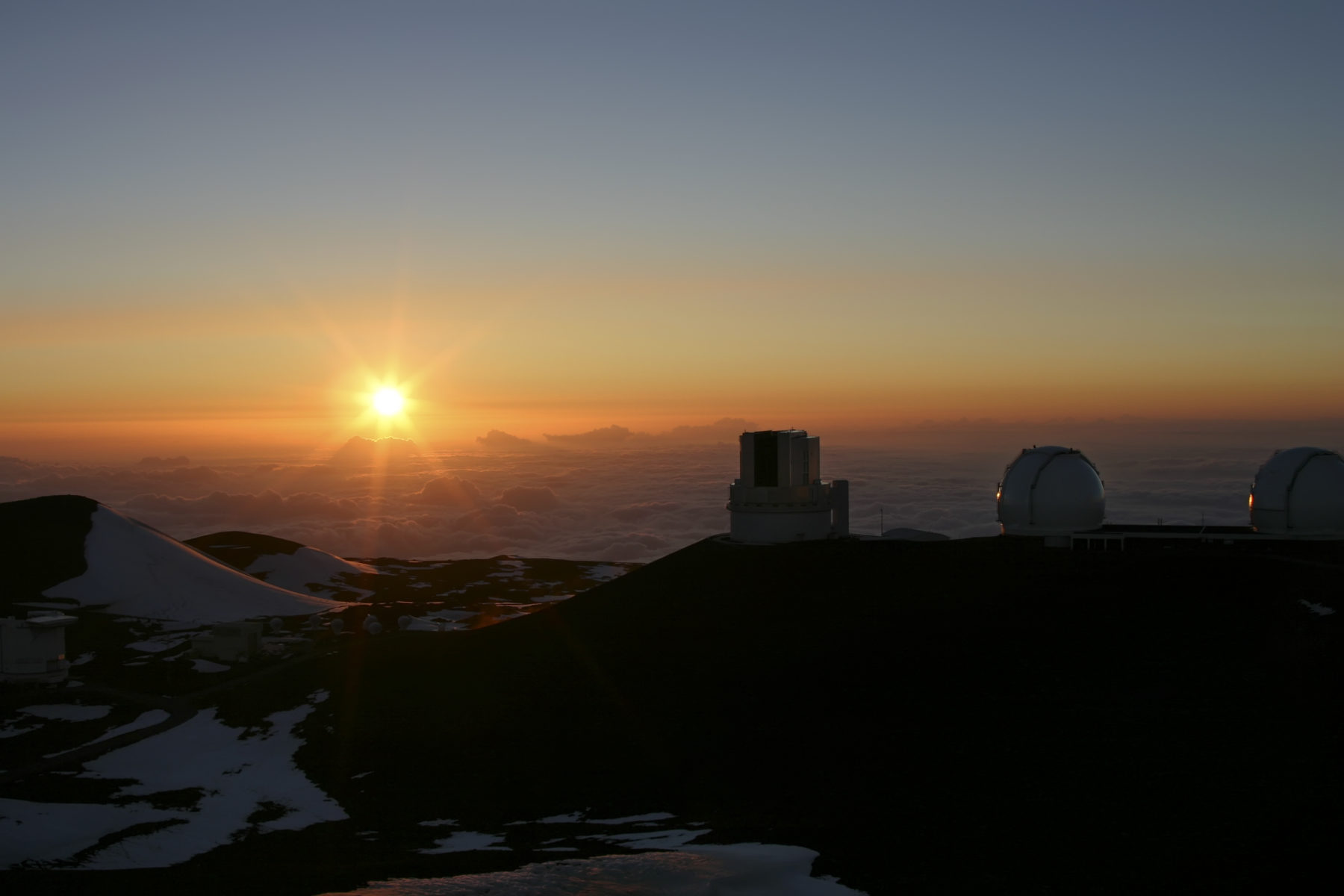 A Mauna Kea Ascent to Remember

I started with the Mauna Kea Summit & Stars Adventure tour. I was eager to view the mountain-top astronomical observatories against a backdrop of spectacular sunset and stars. Before we began our ascent, my guide handed me a hooded parka. I couldn’t fathom needing that kind of warmth in Hawai’i, but I held onto it, figuring he was the expert.

Then we were off on an eight-hour, four-wheel-drive tour that included our guide’s detailed commentary on the island’s volcanic geology and a picnic dinner at the Humuula Sheep Station. This pit stop, located at 7,000 feet, allowed us to acclimate to the altitude as we enjoyed barbecued chicken and vegetarian wraps along with hot tea and brownies. I had to admit, the air was getting chilly — and we were only halfway to the top. 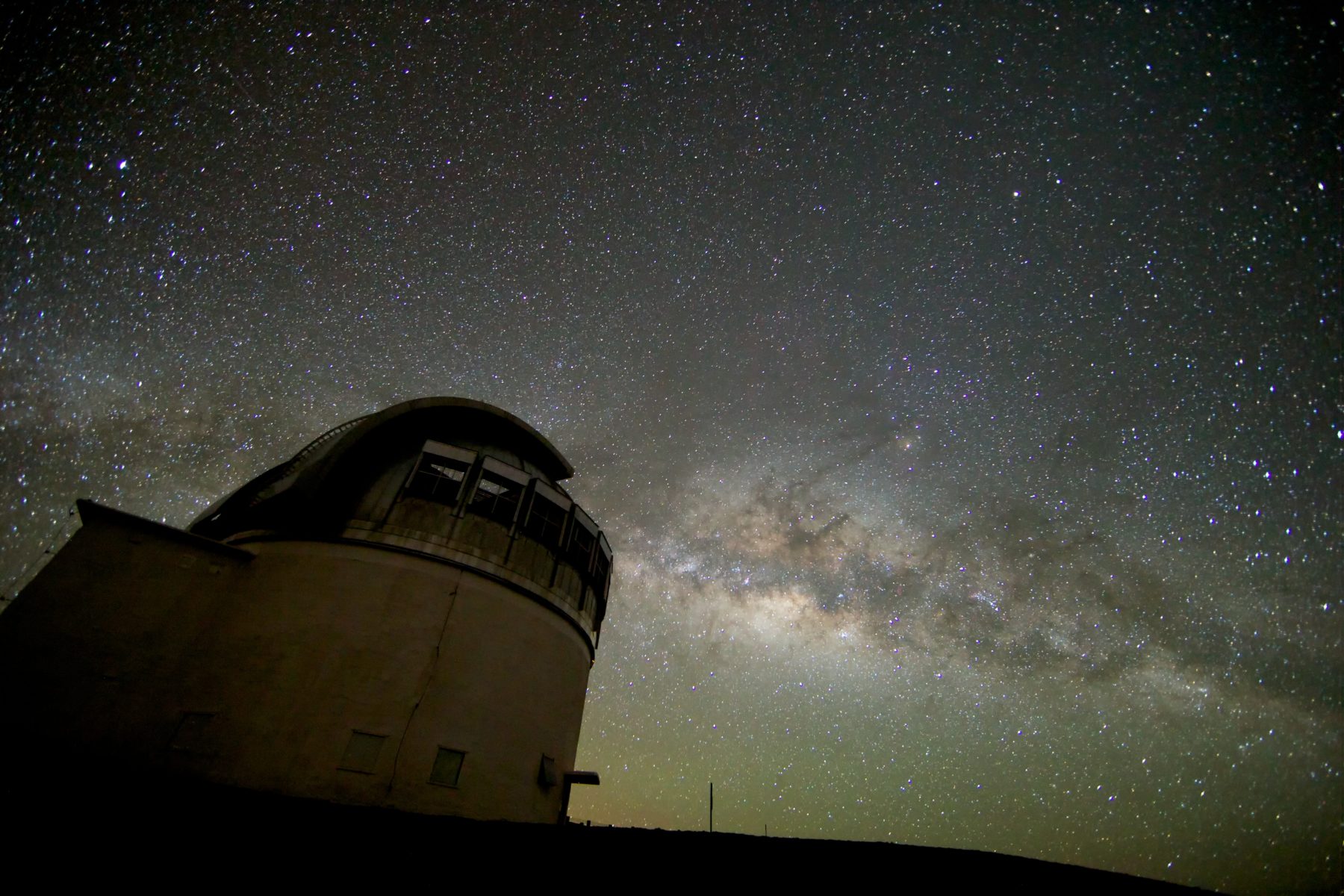 The drive to the summit required another 90 minutes of near-constant bumps and bounces, but when we arrived just before sunset, I immediately knew it was worth it. Bundled up in our parkas, we bounded from the bus onto a landscape of reddish-brown dirt topped by a dozen gleaming, orb-shaped observatories. We were slammed by a whistling, whipping wind, and the temperature was a mere five degrees Fahrenheit, but I didn’t even care. I was too busy taking in the fiery magenta-and-tangerine sunset playing out in top-of-the-world splendor, until the sun dipped below the clouds and it was the stars’ turn to shine.

The night sky was clear as we hopped back into the bus and drove down to the Onizuka Visitor Information Station at 9,200 feet to peer into a telescope. Our guide pointed out constellations, star clusters, white dwarfs and even a distant galaxy. I sat mesmerized, sipping hot chocolate and realizing just how tiny the giant volcano we were on suddenly felt.

If you’re pregnant, prone to altitude sickness or have heart conditions or other respiratory or circulatory disorders, tour groups advise against the trip from sea level to Mauna Kea’s summit. And if you have asthma, the close proximity to Kilauea’s acrid lava flows may affect your breathing. Consult with your doctor before the trip. 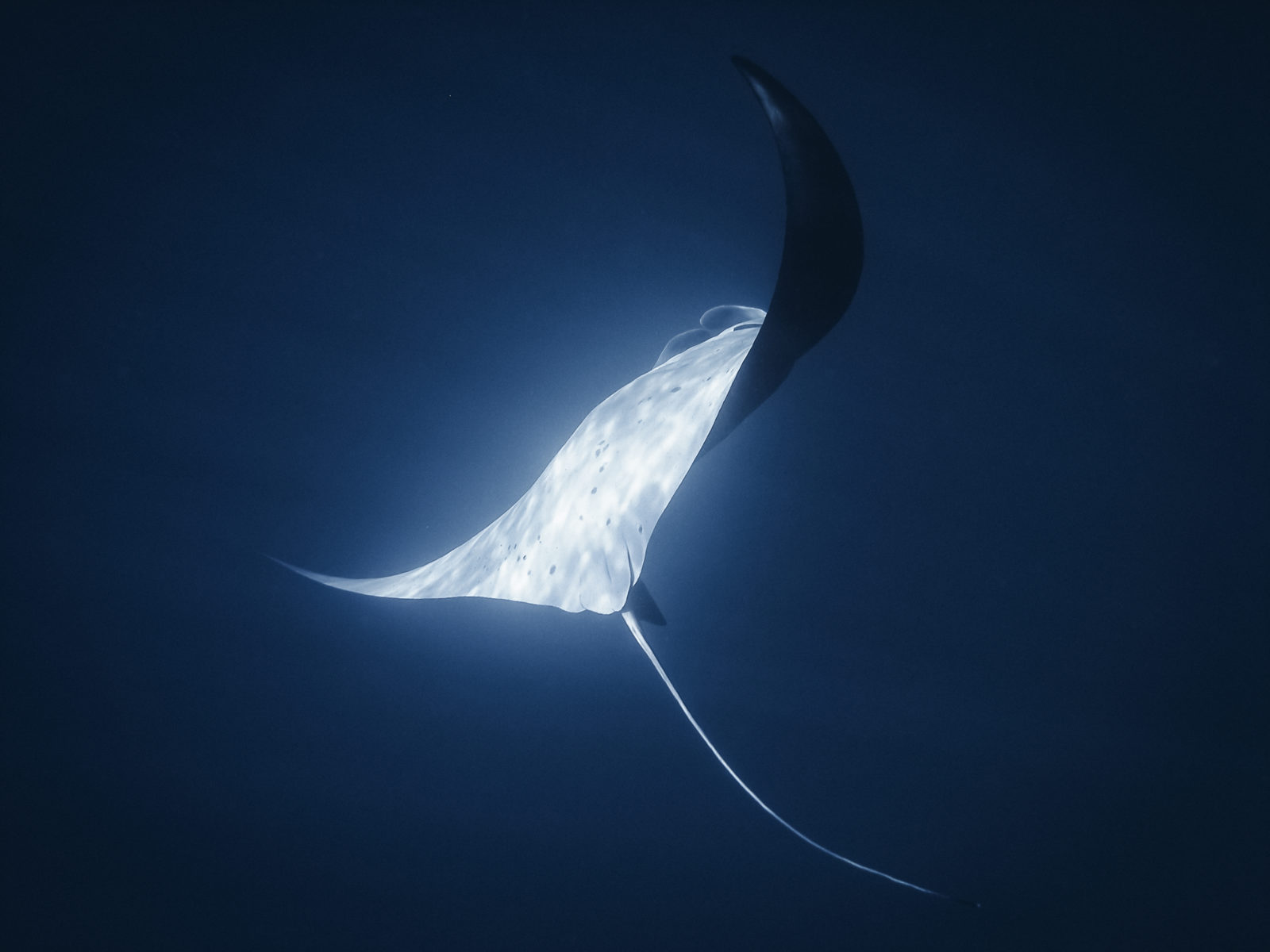 The next night, I boarded a boat and headed out into Kona Bay to mingle with the massive manta rays that feed on plankton there. My plan was to snorkel — away from the group of mostly divers and in the dark. When I first jumped into the warm water, I felt pretty confident. But after my fellow manta viewers disappeared beneath the surface, leaving me bobbing like shark bait 40 feet above them, the music from “Jaws” begin playing like an earworm in my brain.

I followed the others’ submerged lights and snorkeled about 30 yards before I felt my fear fade to serenity. Directly below me, eight giant mantas performed a delicate underwater ballet. I can’t say they were beautiful — they looked like prehistoric stealth bombers with their gaping mouths, cavernous bellies and wing spans as wide as 16 feet — but boy, were they graceful. It was a choreographed-by-nature dance I won’t forget.

You don’t need to go underwater to see the mantas. The experience is well worth it as a snorkeler — the water is so clear that the view from the surface is superb. Just bring a towel and hoodie to keep warm if you choose to head back to the boat before others in your group. 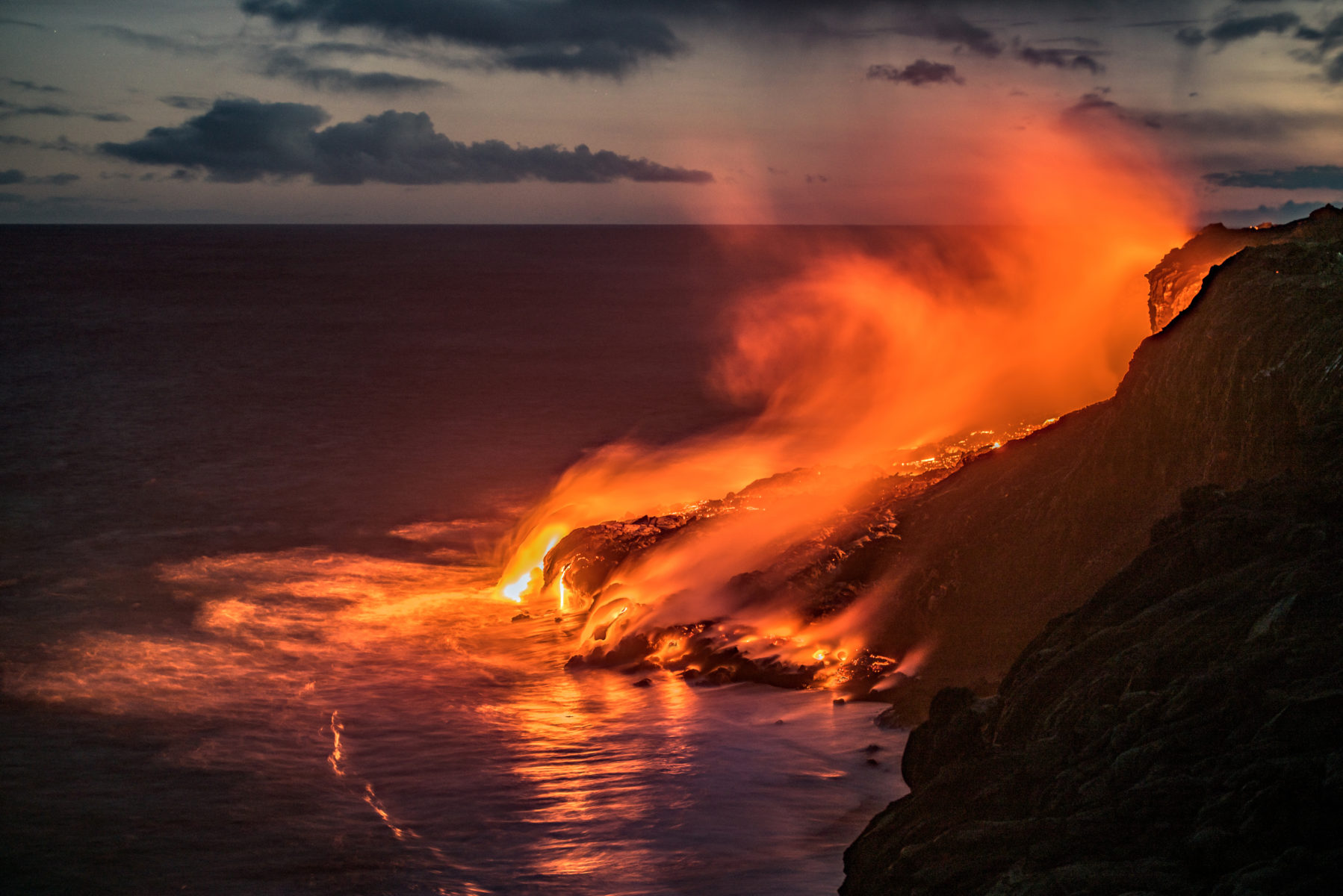 I’d heard that if you really want to be wowed by lava, you should see it at night. Unfortunately, during this particular trip I didn’t have another free evening for a sunset boat tour along the coast of Volcanoes National Park. Instead I visited the park by day and saw plenty of hissing and steaming lava.

Later, when I returned to the island during a cruise, we did sail past the coast at night. My ship was several hundred yards away from the molten magma show. But even through a pair of binoculars, the effect was stunning. Orange-red waterfalls of lava oozed into the sea with explosive crackles and splatters. It was nature’s version of fireworks, and something only nighttime on Hawai’i Island could deliver.