Mallorca’s Mediterranean coast seduces travelers with its stunning beaches and coves, but it’s time visitors get to know this Balearic island’s high-reaching interior as well.

An old Mallorcan legend tells of a penitent pirate who decided to change his ways by starting a new life far from the sea. Carrying an oar, he set off from the coast for the hilly interior of the island. Wherever he stopped, somebody said, “Stranger, why are you carrying that oar?” Each time the pirate heard the question, he walked on. Finally, he reached a mountain village where somebody asked, “What is that enormous spoon for”? When the pirate heard this, he knew he was far enough from the sea to cease his wandering. 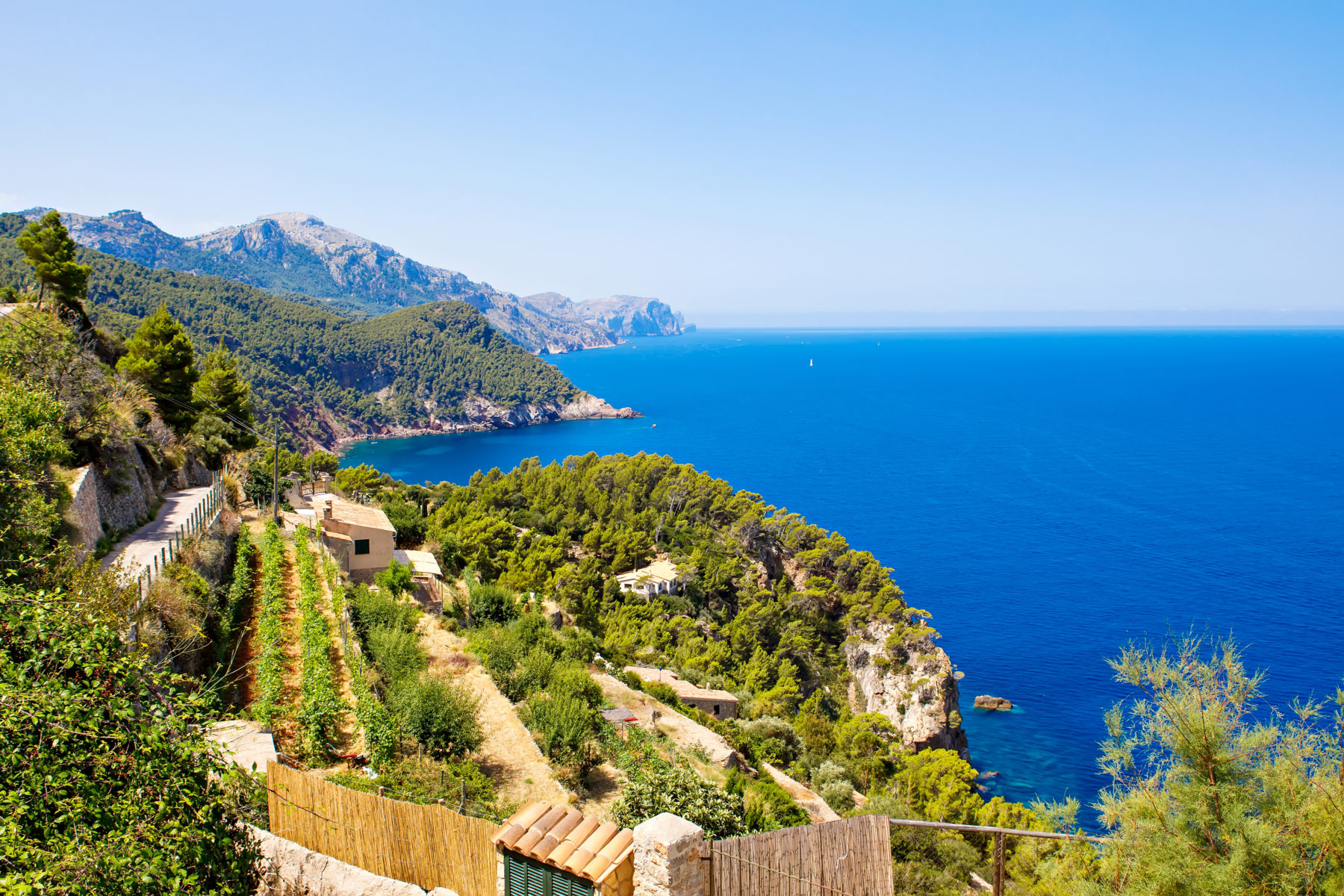 This story is still relevant in Mallorca. Despite huge investment in recent years to improve some of the previously blighted coastal resort areas, this beautiful Mediterranean island’s popular image does still to some extent reflect the excesses of mass tourism. People look incredulous when I mention my penchant for its unspoiled parts.

Mallorca unspoiled? Yes, you do not have to stray far from the coastal resorts to find open agricultural plains of red-tiled houses and whitewashed windmills. Farther inland is the Mallorca of dramatic mountain scenery sprinkled with monasteries and quaint villages. Donkey tracks link one village with another, past gorges, waterfalls and peaks, often snow-capped in winter. And it’s all just begging to be explored on foot or by bike.

Beach as Home Base

Over the years, I have travelled to Mallorca in all seasons, and each has its own special attractions. On my most recent visit, I stayed at a resort on the beach, from where I made forays to different corners of the island or high into the mountainous wilderness. Usually I had invigorating sunshine, but was occasionally overtaken by mist or drizzle which would send me back to the coast. 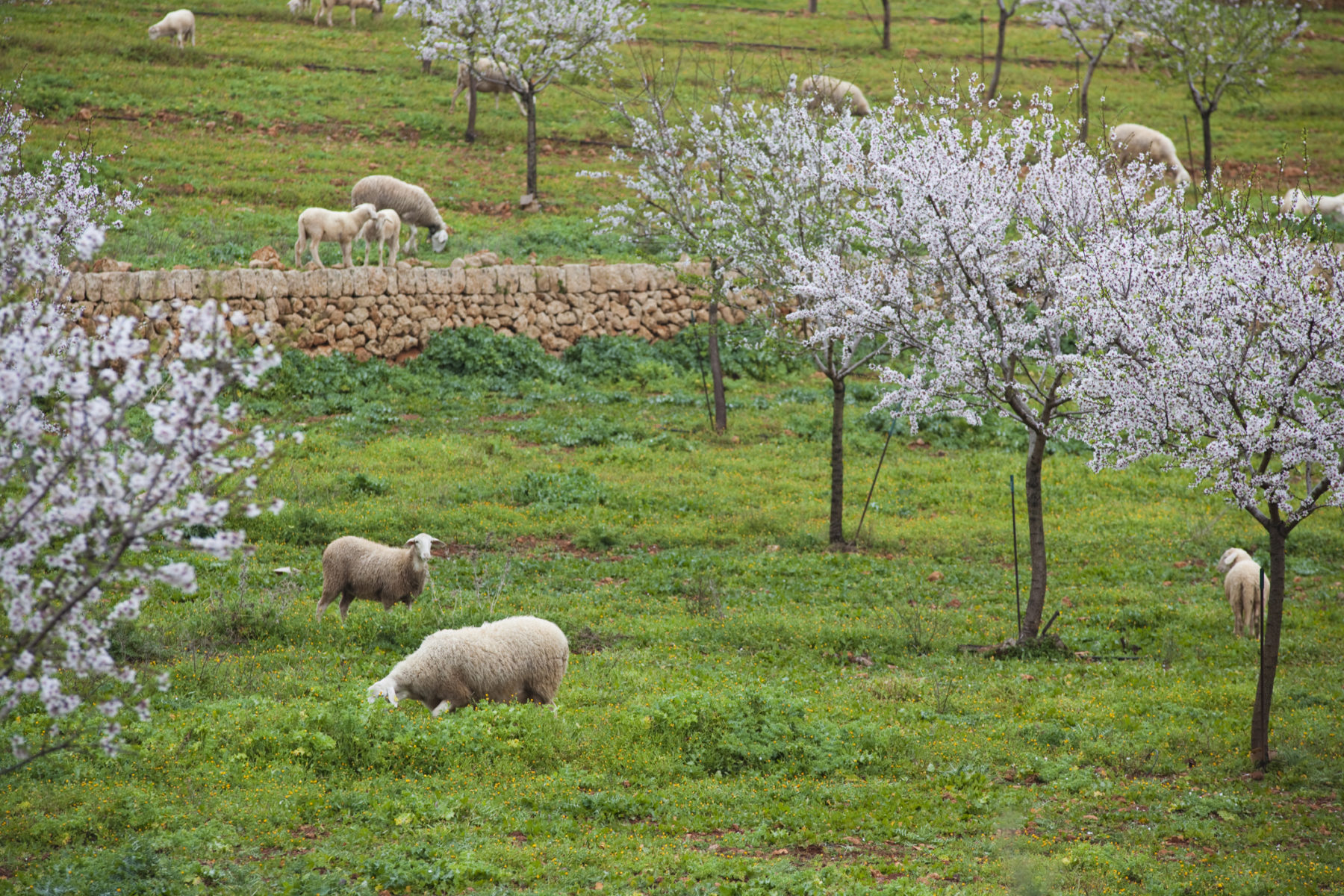 One such foray took me inland, a short way from Puerto Pollensa, in the Vall d’en March, a patchwork of almond groves in snowy blossom, lemon orchards and splashes of green pasture grazed by cattle and sheep. Streams had been diverted to irrigate small vegetable plots. A farmer told me that 40 years ago nearly 20 families scratched a living in the valley. Now a single family farms the whole valley and the rest have left for the coast to live off tourism.

The trails along the valley floor meander off into forests of pine and olive. Above them hang severe-looking crags, and Puig Tomir, one of the highest peaks of the Serra de Tramuntana mountain range, stands commandingly in the distance. The opportunities for walking here are boundless, but one particular day’s hike provided my most enduring memories. 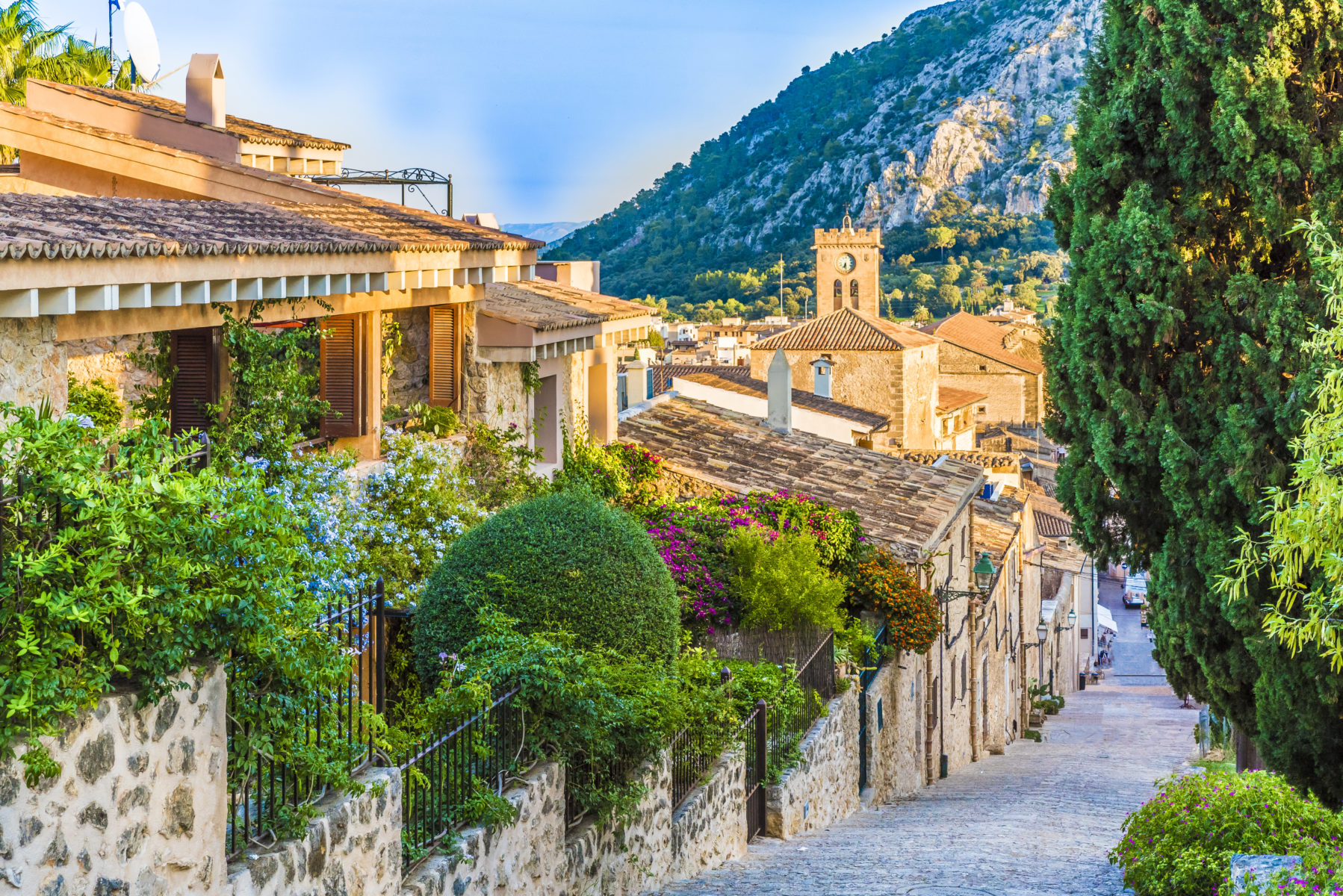 The Ascent of a Man

I twisted down the road from Pollensa towards Sóller, into the wild heart of the sierra. Leaving my car at the foot of a mountain near the Santuari de Lluc monastery, where pilgrims come in thousands every year to pay respect to the Virgin of Lluc statue inside, I started to climb up to Puig de Massanella, the highest accessible point on the island.

It was a strikingly clear day, and the gentle ascent through the lower reaches of farmland was easy. I passed a donkey with a toy-sized foal and a meadow speckled with wildflowers, colorful against the austere grey of the mountainside.

The track became steeper, rockier and wilder as I followed the boulder-strewn bed of a noisy stream with long, brown grass around its banks. A jangle of bells gave away the grey goats, perfectly camouflaged against the rock. Every so often one would suddenly make a leap from one rock to another, and then nibble at a thorn tree as if nothing had happened. 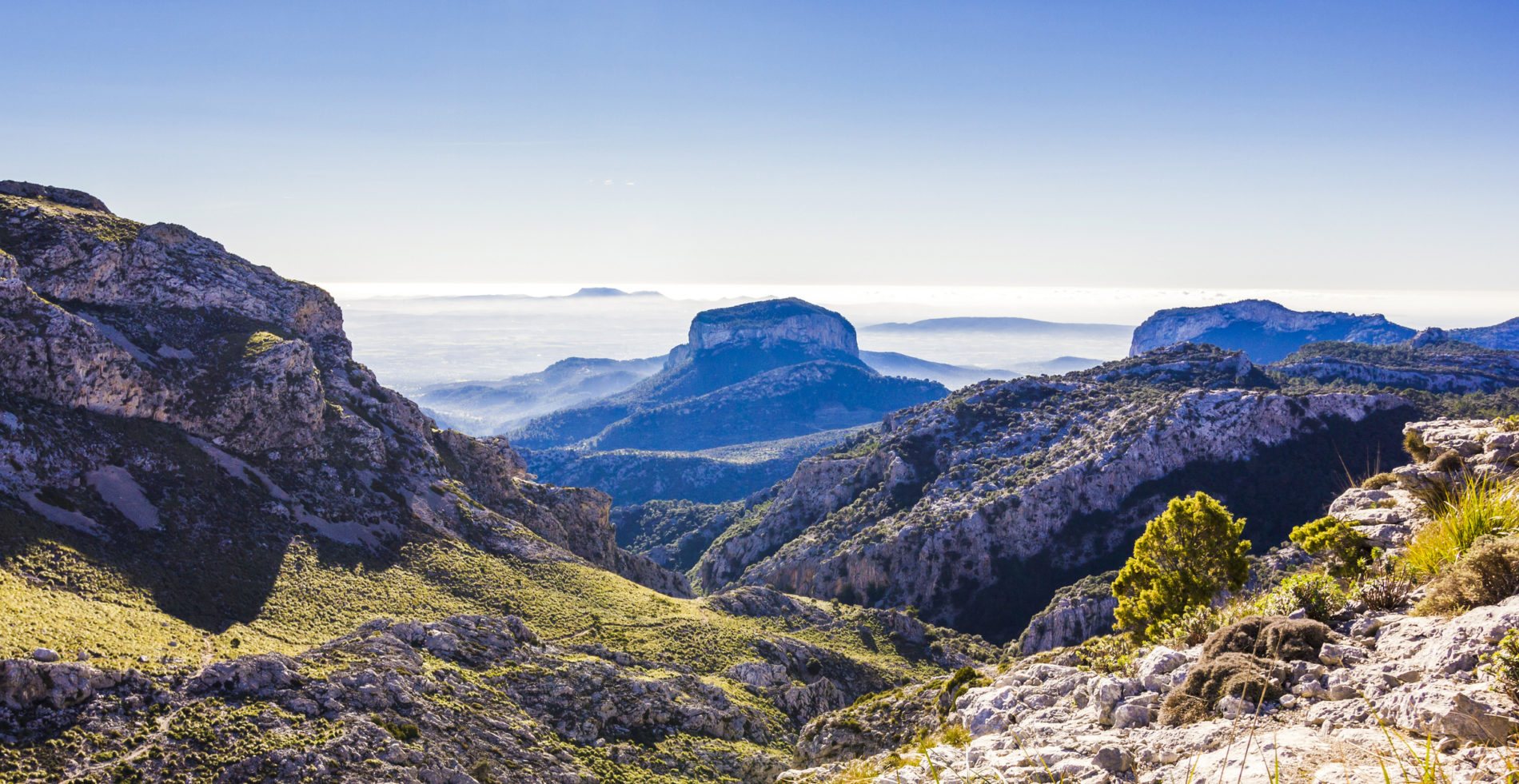 I found a patch of moist moss where a tiny spring seeped from the mountainside. Stopping to wet my face in the water, I disturbed hundreds of miniature brown speckled frogs, which bounced around the soft, green bed and disappeared into holes under its edges. Soon afterwards the narrow trail passed a cave with rough stone steps leading down into the interior of the mountain. Having no torch, I could venture only a few feet inside before finding myself in pitch darkness.

On the last stretch for the summit, I passed several deep pits with stone walls, dug out of the ground, which were the first signs of human activity for a long time. Known as casas de nieve (snow houses), these pits date from the days before modern refrigeration and are often found near the tops of Mallorca’s highest peaks. During the winter, people would climb up and tread the snow into great blocks of ice and cover it over. Later, in the summer, the ice blocks would be brought down on mules by night for sale in the towns.

The sunshine blazed gloriously as, after several false summits, I finally puffed and slipped to the top. I sat to catch my breath and survey the extraordinary views over the mountains, valleys, lakes and plains to the sparkling Mediterranean beyond. The distant shorelines, serrated here and there by narrow, tightly knit clusters of high-rise blocks, seemed insignificant against the island’s great empty spaces. I wondered whether, if someone headed inland with a surfboard over their shoulder, they might meet somebody, somewhere in the sierra, that was curious about this strange looking bed they carried.

This article originally appeared in Issue 1, 2015 of the North America edition of Interval World magazine, published by Interval International®, Inc., an indirect subsidiary of Marriott Vacations Worldwide Corporation. Any re-use of this content, or any portion of this content, is strictly prohibited. All rights reserved.