Peering out at the semi-dry lakebed of Maota Lake, with the arid Aravalli hills distinctly marked by the fort walls gleaming in the sunshine, I’m amazed to discover a well-manicured garden in the center of the lake. Consisting of a series of geometric beds with interwoven, five-pointed star designs, the Kesar Kyari garden is one of several designed in the Indo-Persian charbagh style on view at Amber Fort.

Mughal architecture is pervasive throughout Delhi, Agra and Jaipur, three cities that make up India’s Golden Triangle. Named for its rich, historical offerings and the equilateral triangle shape the region depicts on a map, the Golden Triangle is one of India’s most popular tourist routes, offering visitors a glimpse into the amalgam of arts and culture that make the subcontinent what it is today.

From impressive architecture and royal gardens at sunset to a sustainable, hand block-print museum and a century-old gem store in The Pink City, here are some compelling reasons to add this region to your travel bucket list.

Sunrise at the Taj Mahal

Seamlessly blending Hindu and Islamic architectural styles, the Taj Mahal is best experienced at sunrise, when the morning rays gently caress the structure, giving it an ethereal pink glow. Considered the ultimate symbol of undying love, the Taj Mahal was officially completed in 1648 A.D and commissioned by Emperor Shah Jahan as a mausoleum for his favorite wife, Mumtaz Mahal.

Sitting along the banks of the Yamuna River, this UNESCO world heritage site — with its imposing 200-foot dome and chiseled floral patterned exterior inlaid with semiprecious stones — is a stunning testament to the intricacies of Mughal architecture. 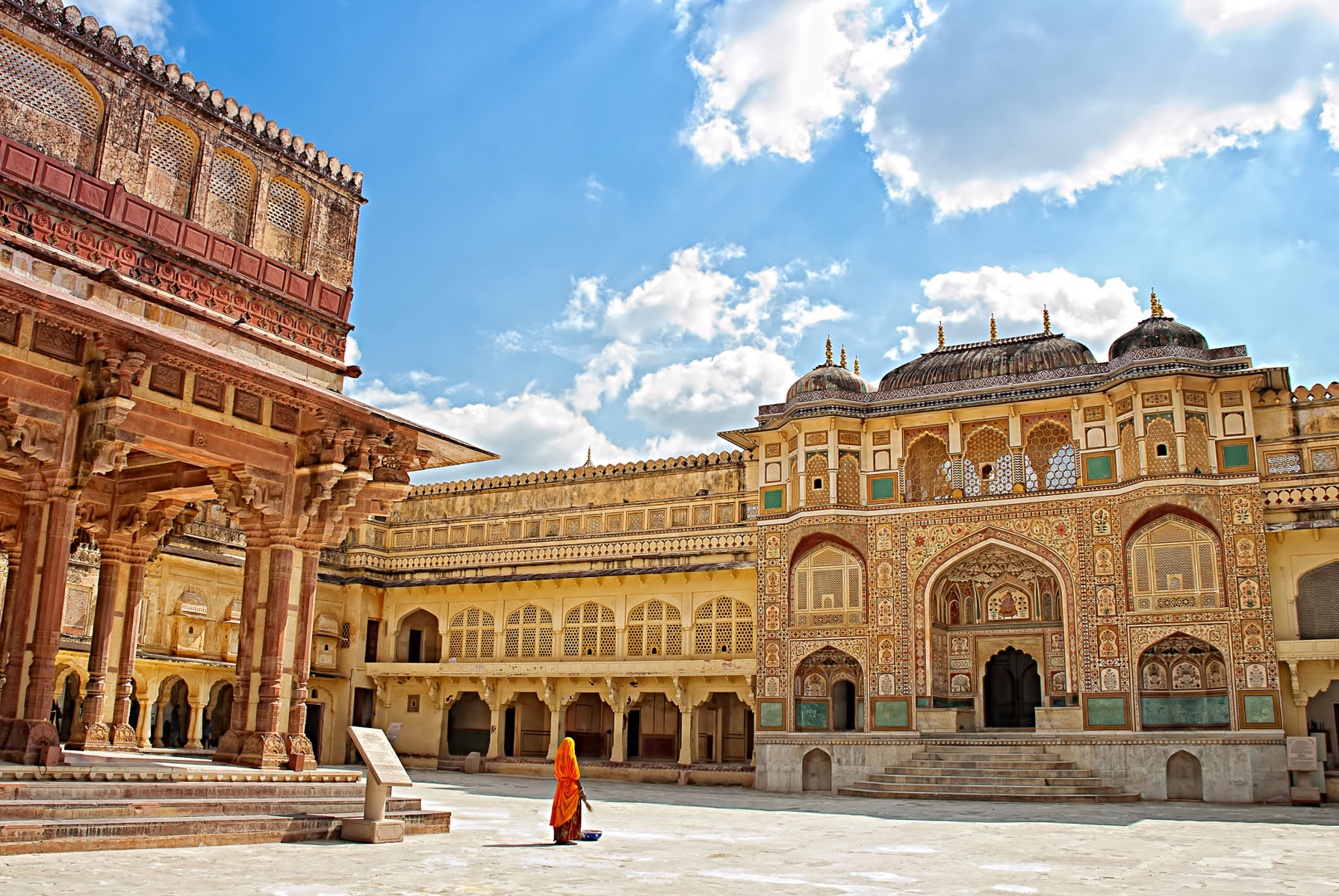 A Glimpse into 16th Century Royalty

Set atop the Aravalli hills that pass through Rajasthan, the lavish 16th-century Amber Fort complex in Jaipur once housed the residences of the Rajput royal family. Today, it’s one of Jaipur’s most visited attractions.

Located seven miles north of Jaipur, this sprawling pink and yellow sandstone and marble complex has four distinct areas, each separated by a courtyard. The Hall of Public Audiences, known as Diwan-e-Aam, where then-ruler Maharaja Man Singh would listen to the public or meet heads of state, is not to be missed for its many pillars and latticed galleries. Both the Jas Mandir and the Sheesh Mahal, or Hall of Mirrors, with walls and ceilings covered with intricate geometric and floral-patterned mirror work imported from Belgium, are also must-sees. 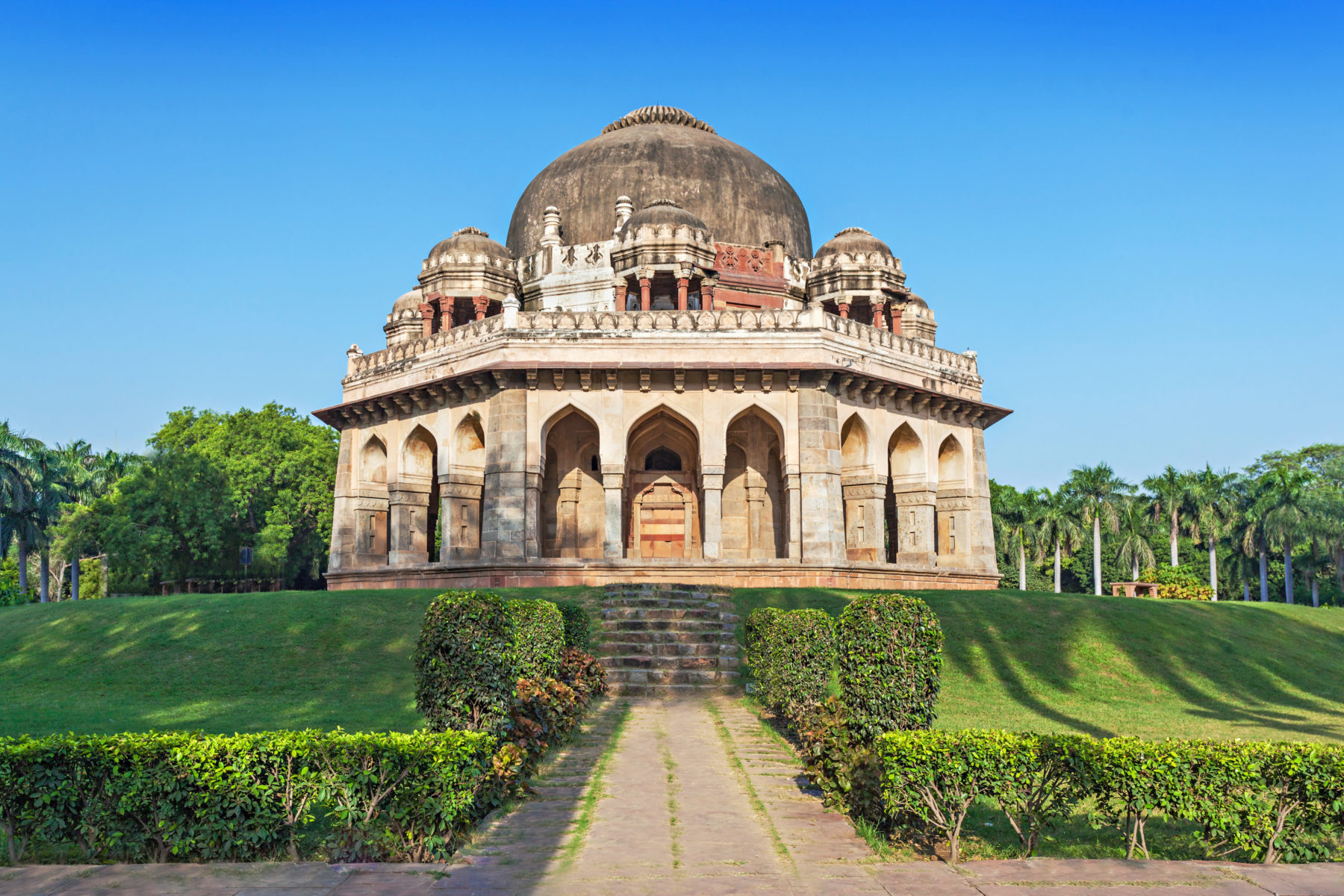 Verdant Calm in a Chaotic City

When you spend an evening strolling the 90-acres of lush greenery that make up the Lodi Gardens in Delhi, you feel like you’ve been transported miles away, even though you’re right in the heart of this hectic city of nearly 30 million people.

Among the verdant trees, you’ll also find some of Delhi’s oldest monuments and impressive architectural relics belonging to both the Tughlaq dynasty and Mughal empires. Dating as far back as the 1400s are the tombs of the Sayyid and Lodi rulers of Delhi, with their intricate exteriors and high dome-shaped canopies commonly known as chhatris in Hindi. The garden’s butterfly and herb garden, the rose garden and the bonsai park are also not to be missed. 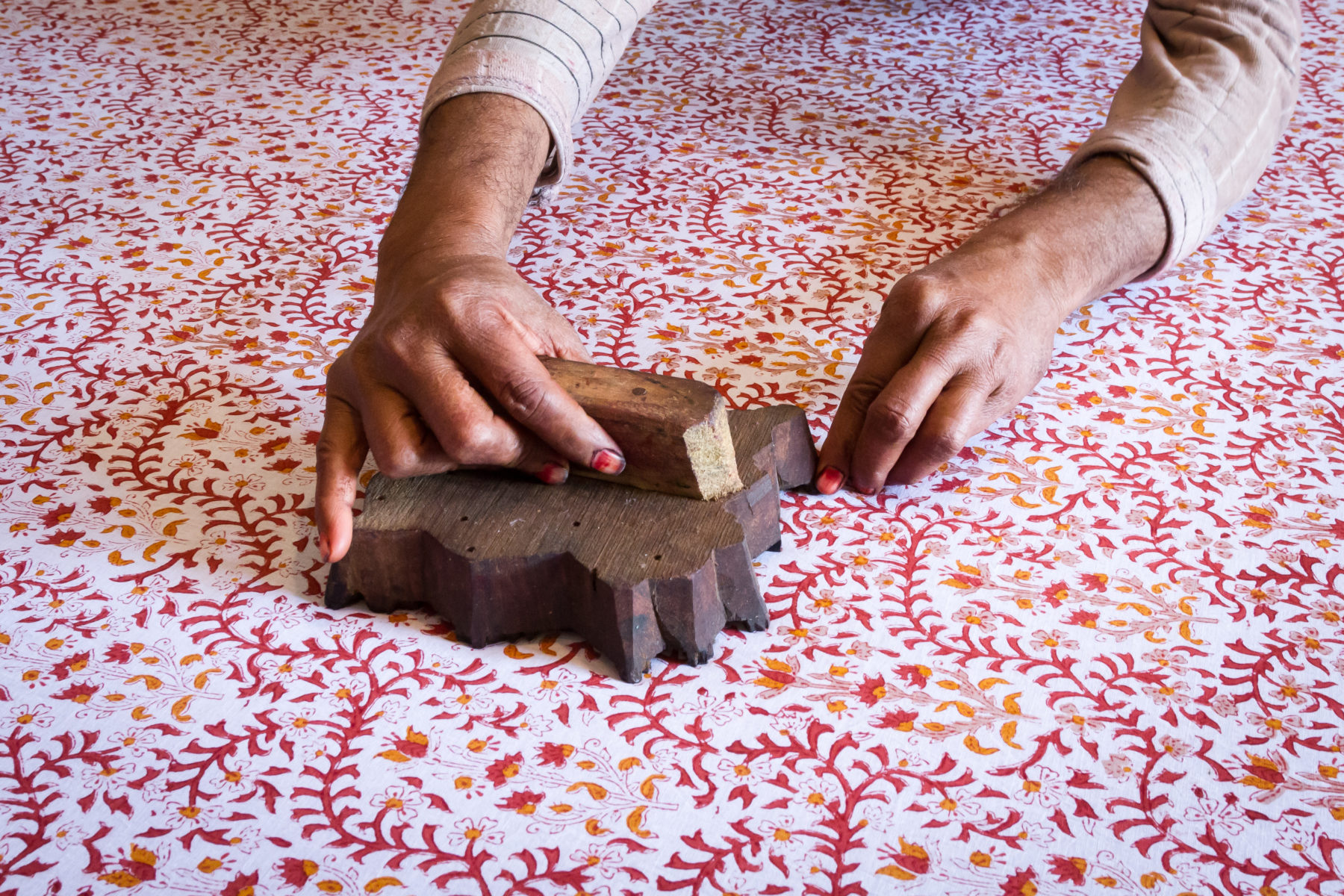 The Art of Sustainable Hand-Block Printing

While there are hundreds of vendors in Jaipur’s chaotic local bazaars that sell hand-block printed clothing, the Anokhi Museum of Hand Printing focuses on traditional techniques and makes use of eco-friendly dyes in their collections. The museum, located in a wonderfully restored haveli, or traditional townhouse, at the base of the Amber Fort, contains a trove of block printing artifacts from tribes all around India.

You can spend an hour or two learning about the process of hand-block printing, which involves artisans carefully stamping lengths of cotton with hand-carved wooden blocks. Make sure to head to the top floor to see printed fabric drying in the sunlight, as well as to try your own hand at stamping a section of cloth.

A Stunning Facade of Pietra Dura

Often called the “Baby Taj” because of its similar all-marble façade, the Tomb of I’timād-ud-Daulah in Agra is a mausoleum commissioned in 1622 by Nur Jahan for her father Mirza Ghiyas Beg, a Persian Amir and one of Emperor Jahangir’s chief ministers.

Taking six years to complete, it is one of the first tombs to be built along the Yamuna River and features the first example of the renowned pietra dura technique of design, consisting of intricate floral patterns carved into marble and inlaid with semiprecious stones. 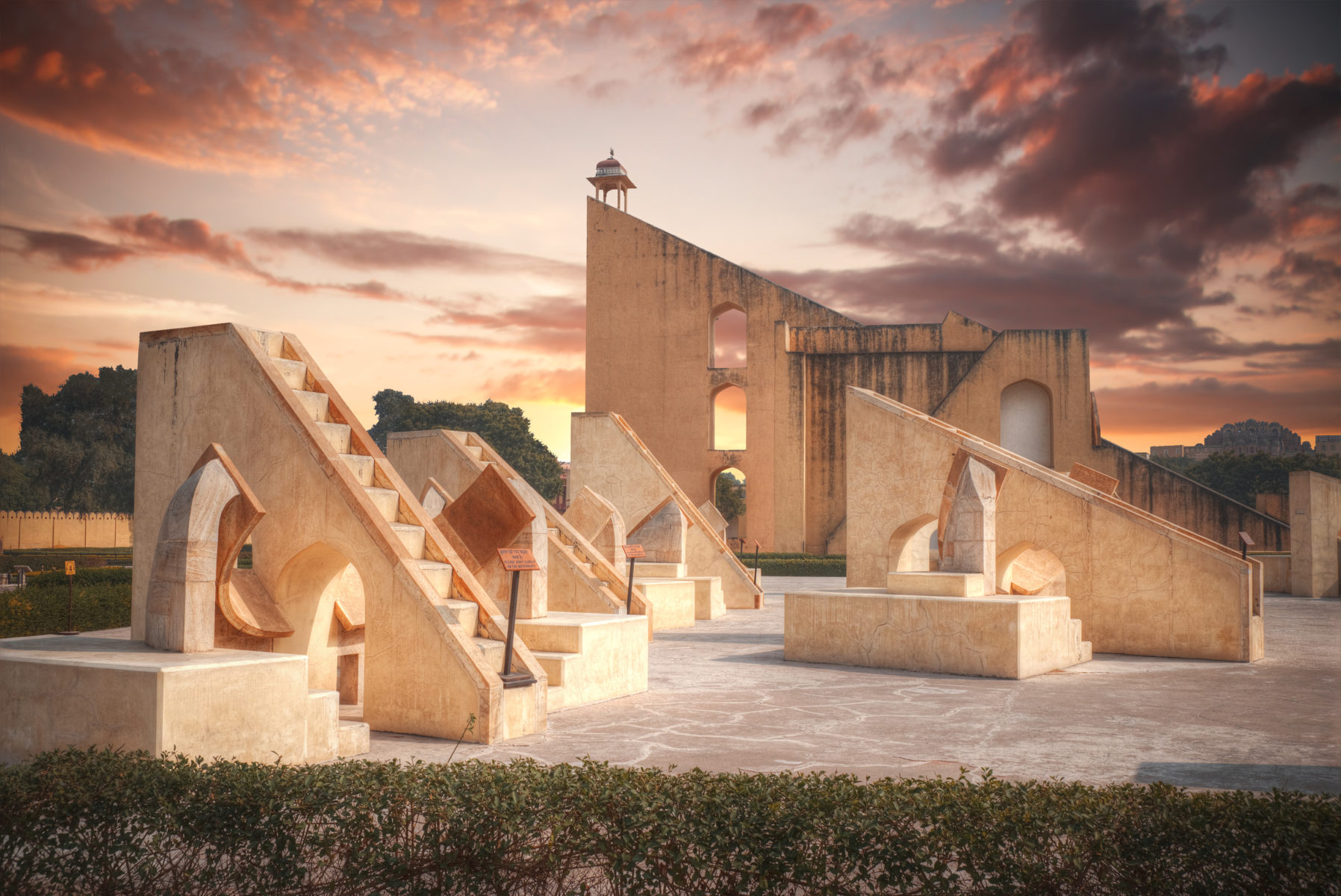 One of five observatories around India constructed by ruler Sawai Jai Singh II in 1729, the Jantar Mantar in Jaipur is an impressive open-air space. Built from brass and masonry, this pre-modern 18th-century observatory includes solar instruments called yantras that are still used today to predict the weather, measure the location of the stars and even forecast crop yields.

The space also houses a giant stone sundial, or samrat yantra, the largest sundial in the world, that’s able to measure time to an accuracy of two seconds.

While a typical Jaipur itinerary is filled with exploring sprawling palaces, forts and colorful outdoor bazaars, adding a visit to the 19th century Gem Palace will result in some sparkle, and perhaps even a bit of one-of-a-kind bling.

The Gem Palace belongs to the Kasliwal family, whose history in the jewelry trade dates to the 1700s. Appointed as the court jeweler by Jaipur’s Maharaja Saway Jai Singh II, The Gem Palace has decked the necks of both royalty and celebrities alike — think everyone from the late Princess Diana and Jacqueline Kennedy Onassis to Mick Jagger and Christian Louboutin. 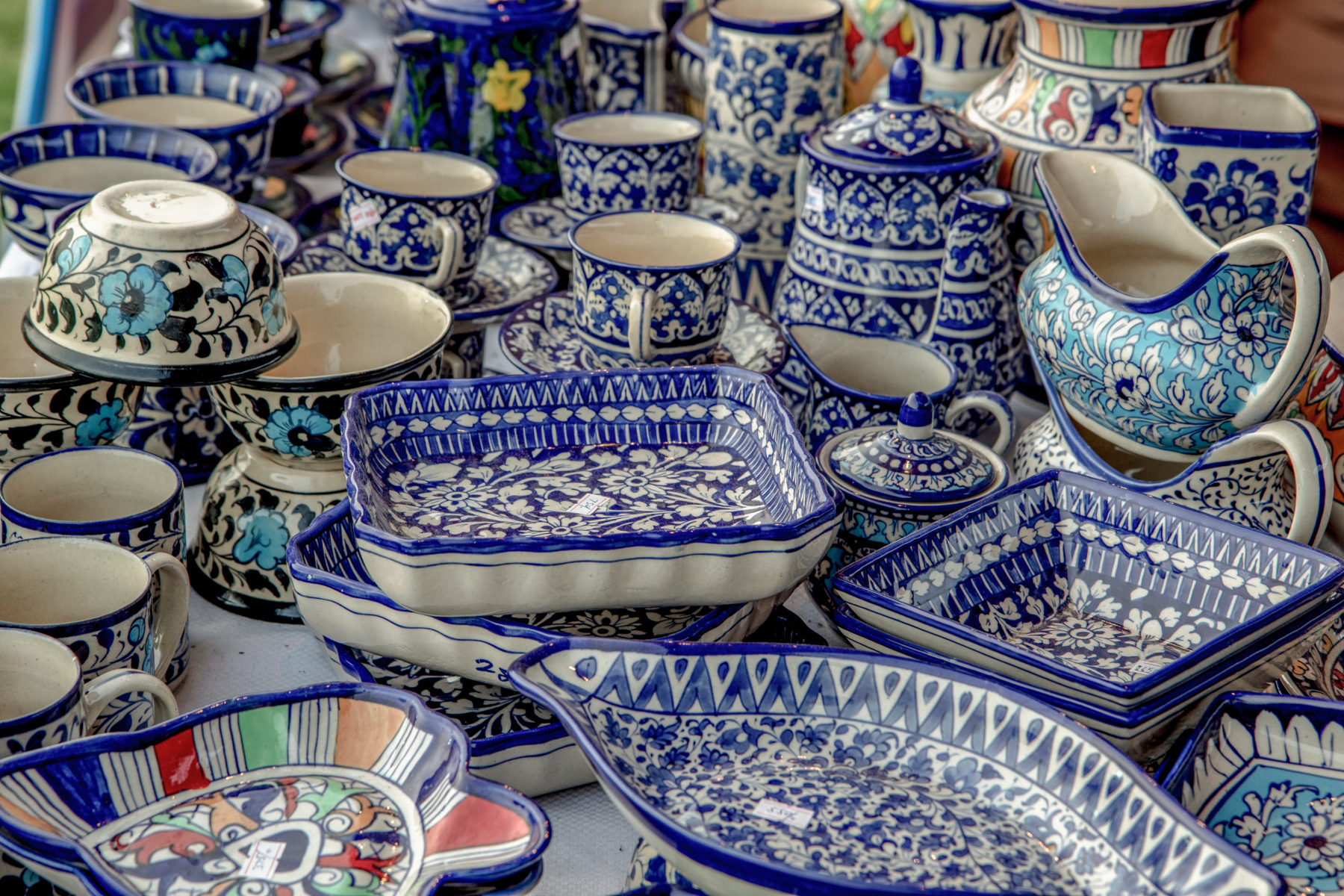 The Craft of Blue Pottery

Pottery making first arrived in India with the Mughals in the 16th century before eventually making its way to Jaipur around a century later. Today, Jaipur has become synonymous with its unique traditional craft of blue pottery work, whose practice has faded in modern times.

Artisans use a mixture of glass, quartz, sodium bicarbonate, fuller’s earth (a type of clay) and rock salt that’s fired on low heat to produce delicate pieces of earthenware. At the Jaipur Blue Pottery Art Centre, the focus is on the traditional design making process that’s been used in Rajasthan for the past nine generations. The studio sells a variety of over 350 decorative products, including vases, tiles, pottery, dinnerware and napkin rings.

When to Go to Northern India

Peak tourist season in the Golden Triangle typically runs from November through early February and coincides with optimal temperatures in both the north and south of India. Temperatures during those months tend to offer pleasant days in the 70s and chilly, often rainy nights in the 40s and 50s, especially in Rajasthan. Bringing a warm shawl and/or jacket is advisable, especially if you plan on doing sunset at the Taj Mahal.

With peak season comes peak pricing, so I recommend traveling through the Golden Triangle at the end of February all the way through March. There will be fewer tourists at the monuments, and hotel prices drop. However, be prepared for much hotter days in Rajasthan — temperatures tend to average between the mid-80s to 90s for most of March.

Whether it’s the intricately carved marble exteriors of age-old monuments belonging to a bygone era, or the colorful rows of floral block-printed fabrics and stunningly delicate traditional blue pottery, arts and culture will encompass you when traveling through India’s Golden Triangle.

Travel to India and beyond through our external exchange partner, Interval International®