Hiking in the Colorado Rockies is a feat even on a normal day. But encountering an epic snowstorm was a challenge I wasn’t prepared for — and an experience I’ll never forget.

Colorado is known for its alpine skylines; the Rocky Mountains cover much of the landscape. But even after visiting the Centennial State a few times over the years, I had yet to step foot inside Rocky Mountain National Park.

So on a recent trip to northern Colorado to visit two friends, I decided to change that. We set aside one day to hike up the closest peak: Deer Mountain, which sits near the town of Estes Park in Rocky Mountain National Park.

I’m an amateur hiker at best — and not a particularly outdoorsy person — but I’m always up for a challenge. What I didn’t bargain for was a record-setting snowfall that made our trek epic in more ways than one. 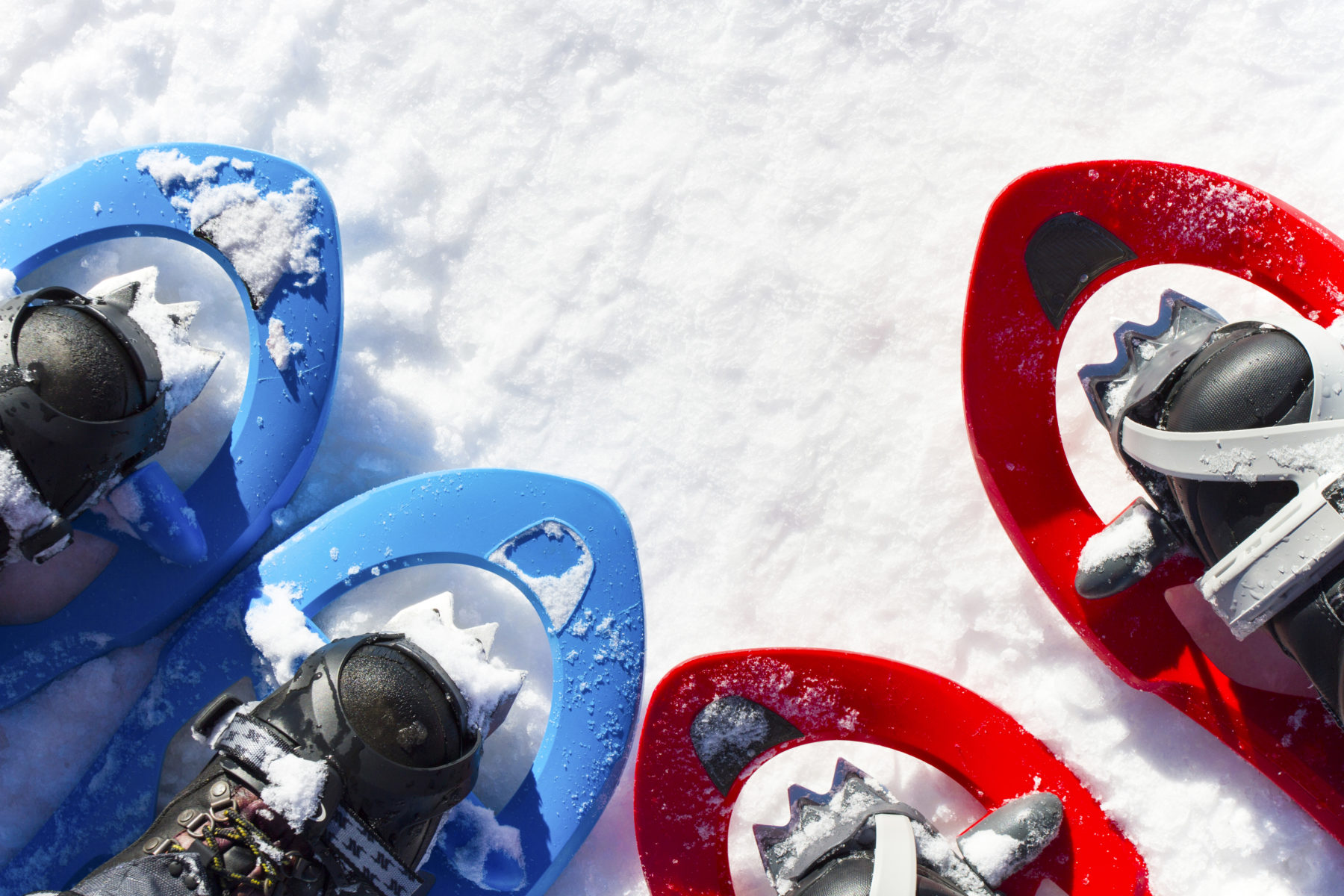 We spent the days leading up to our hike watching the weather forecast grow increasingly dismal, knowing that the park would close roads and trails if conditions got too extreme. When I woke up on the big day, more than a foot of fresh snow had fallen, and the temperature was below freezing.

Before I knew it, we had wrapped the tires of our tiny Ford Focus with chains, packed snowshoes and our two dogs — Huck and Bailey — and were heading up a breathtakingly beautiful mountain. So beautiful, in fact, that it almost made me forget the weather we were heading into.

The mountain itself reaches more than 10,000 feet. But we soon found out that roads leading up to higher elevations were closed due to the snow. We crept up the peak until we reached a trail at around 3,000 feet that seemed decently challenging while still relatively detectable. One other car was parked in the lot, and it was nice to know we weren’t the only ones out that day.

During the winter, snow tires on your car are a must — even if you have 4-wheel drive. 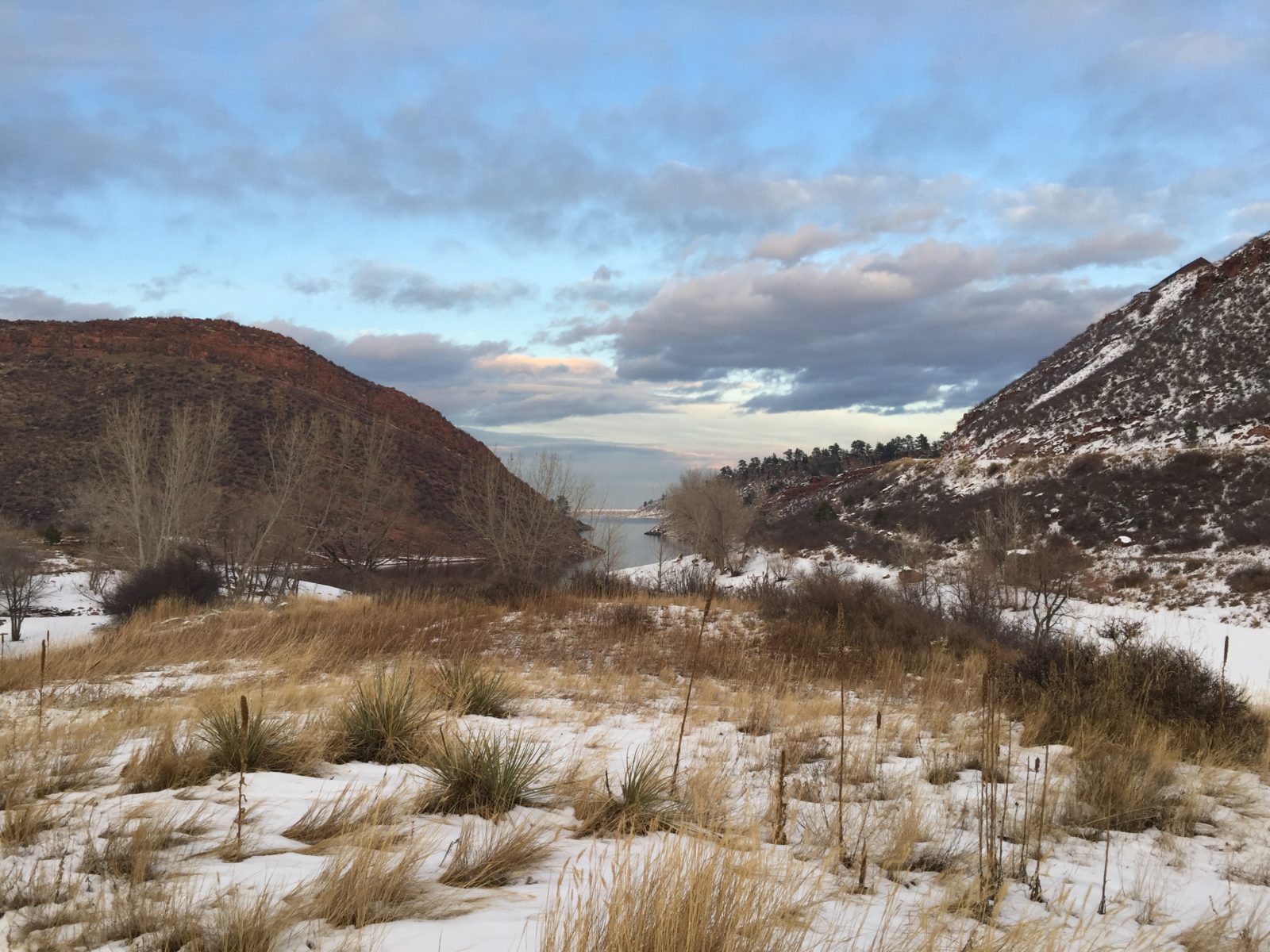 The dogs bounded out of the car and into the snow, barely visible over the drifts. We clipped on our snowshoes, pulled our scarves up to our eyes, put on extra pairs of gloves and set off across the frozen landscape.

Our route would take us around the mountain to a vantage point overlooking at least five peaks. But after taking approximately five steps, I was ready to announce, “You two go ahead! I’ll keep the car warm!” Instead, I stopped and took a good look at the surrounding scene. The snow (three feet of fresh powder at this point) had subsided to a light flurry, and the dogs’ sheer joy over exploring the wilderness warmed me on the inside.

After readjusting my boots, I trudged on, rewarded again and again with stunning scenery. The three of us fell into a rhythm, with one leading the way far up ahead and the other two swapping stories between deep breaths and laughs that erupted every time one of us stumbled.

If you plan to hike the Rockies in the winter (or during shoulder seasons), dress in layers to accommodate varying temperatures. It can get colder by the minute as you ascend. 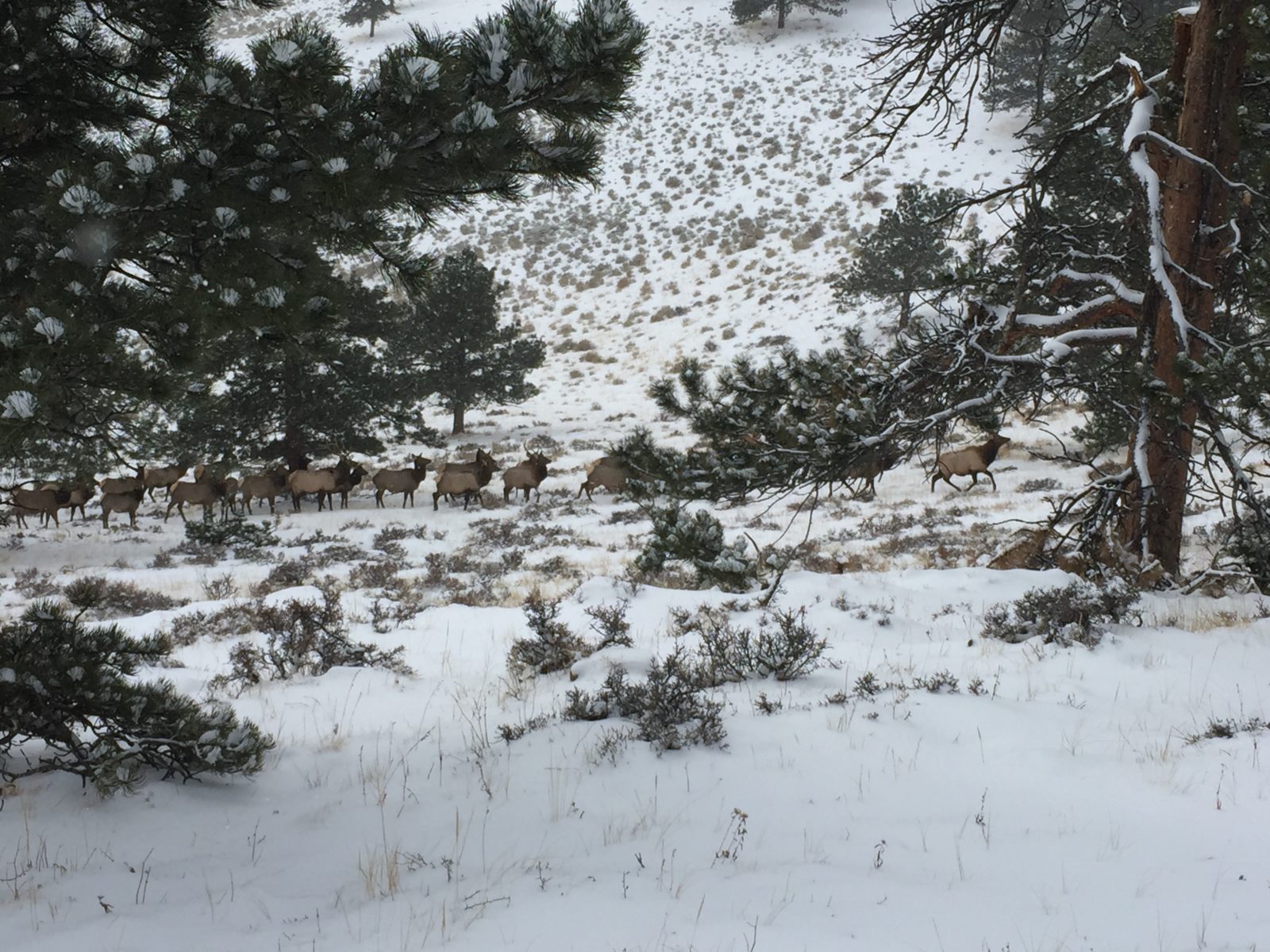 After about an hour of trooping through the snow, we came across five giant moose standing in a field not more than 20 or 30 yards away from us. We sat and watched them for a long time, marveling that we were watching these sizable living creatures up close.

By the time we headed back down the mountain, the sun had poked its way out of the clouds. We passed a few families and other hikers, and I got to thinking: If I had stayed in my friend’s warm house, I would have missed out on not only gorgeous views, but also a once-in-a-lifetime experience. Instead, I’ll always have that snowy day in Colorado — and the knowledge that while pushing outside of your comfort zone isn’t always easy, sometimes it’s incredibly rewarding to forge ahead.

Before taking off on your trek, check trail conditions on the Rocky Mountain National Park website.