Aruba’s unique take on Caribbean culture is part of what makes the Caribbean island so vacation-worthy; and there’s no better time to witness this melting of cultural heritages than during the island’s weeks-long Carnival festival, January and February, 2020. 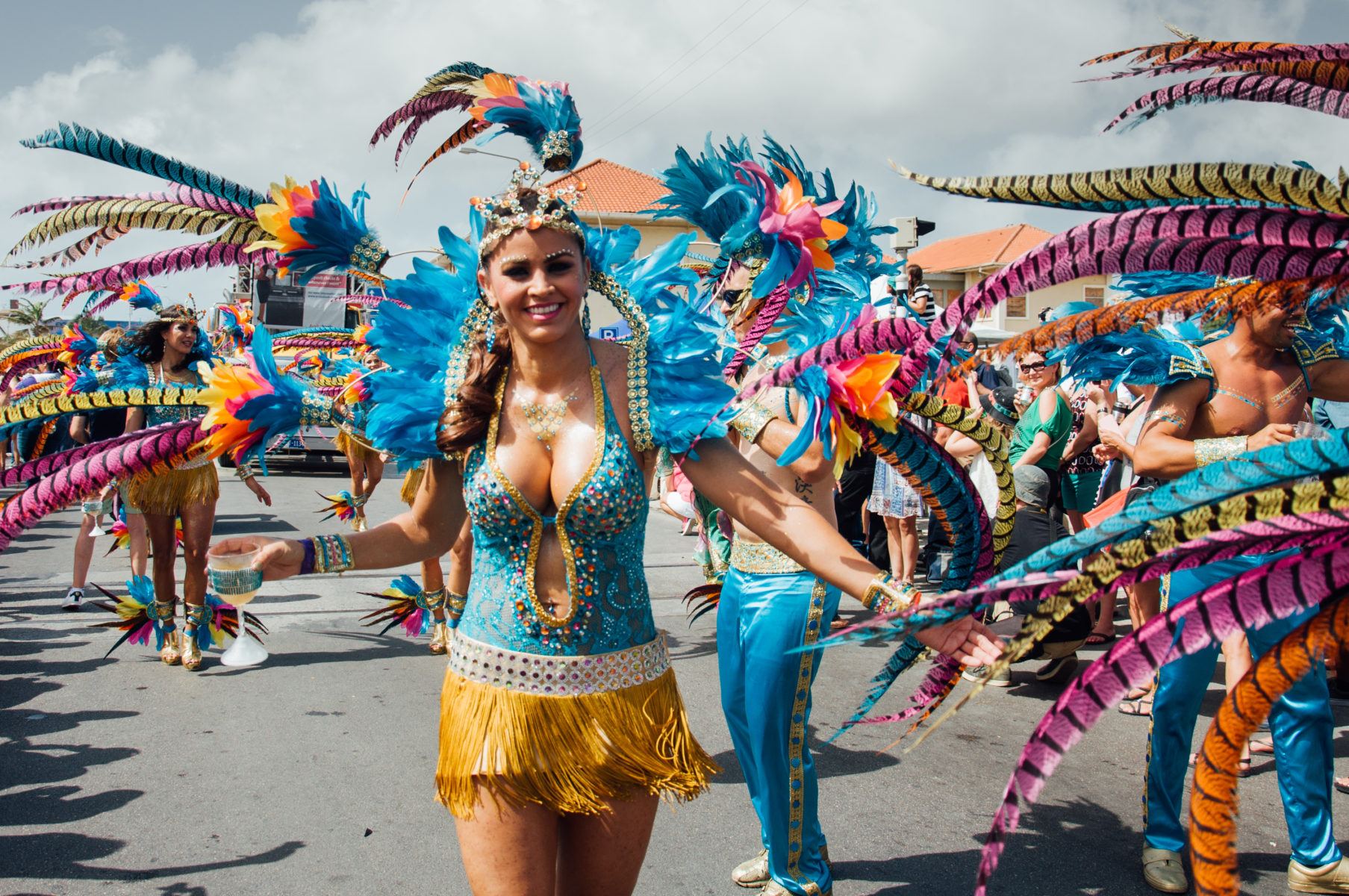 Brought to Aruba by Trinidadian immigrants, Carnival started when various community clubs in San Nicolas began hosting small, informal costume parades through the streets of town. Oranjestad’s famous Tivoli Club then followed suit with its own version of the parties within the social hall. By 1955, Carnival was such a hit that multiple groups joined forces, organizing the first public celebration with a Carnival queen. Since then, the event has grown in scope and schedule, rivaling that of New Orleans’ Mardi Gras.

Like New Orleans, Aruba begins Carnival on or around Twelfth Night, or Epiphany. The main festivities kick off with an ebullient nighttime event known as Fakkel Optocht (Torch Parade). This casual affair through the streets of Oranjestad is a grand opening for the weeks of revelry that follow. Those who wish to participate in the festival are encouraged to join established groups; then, on Fakkel Optocht, the streets fill with tourists and locals dressed in logo T-shirts declaring the group affiliation and theme, creatively embellished and accessorized by the participants.

Each year, group members work tirelessly to top each other with their extravagant floats, brilliantly hued costumes, and stunning road pieces: huge, feathered, and sequined creations that often require two or three people to push down the street. Themes vary, though floats with fantasy motifs, historic significance, and those that celebrate Aruban culture and nature are always favorites.

All of Carnival is an experience, but the Lighting Parade through Oranjestad is not to be missed. Taking place two weeks prior to the final Carnival weekend, this quintessential evening event features enormous parade floats with flashing lights, Caribbean music, and gorgeous individual costumes. The parade not only makes you want to get up and dance in the streets, but it’s such a beautiful and mesmerizing experience that it lives with you for years to come (or at least until the next Carnival season). 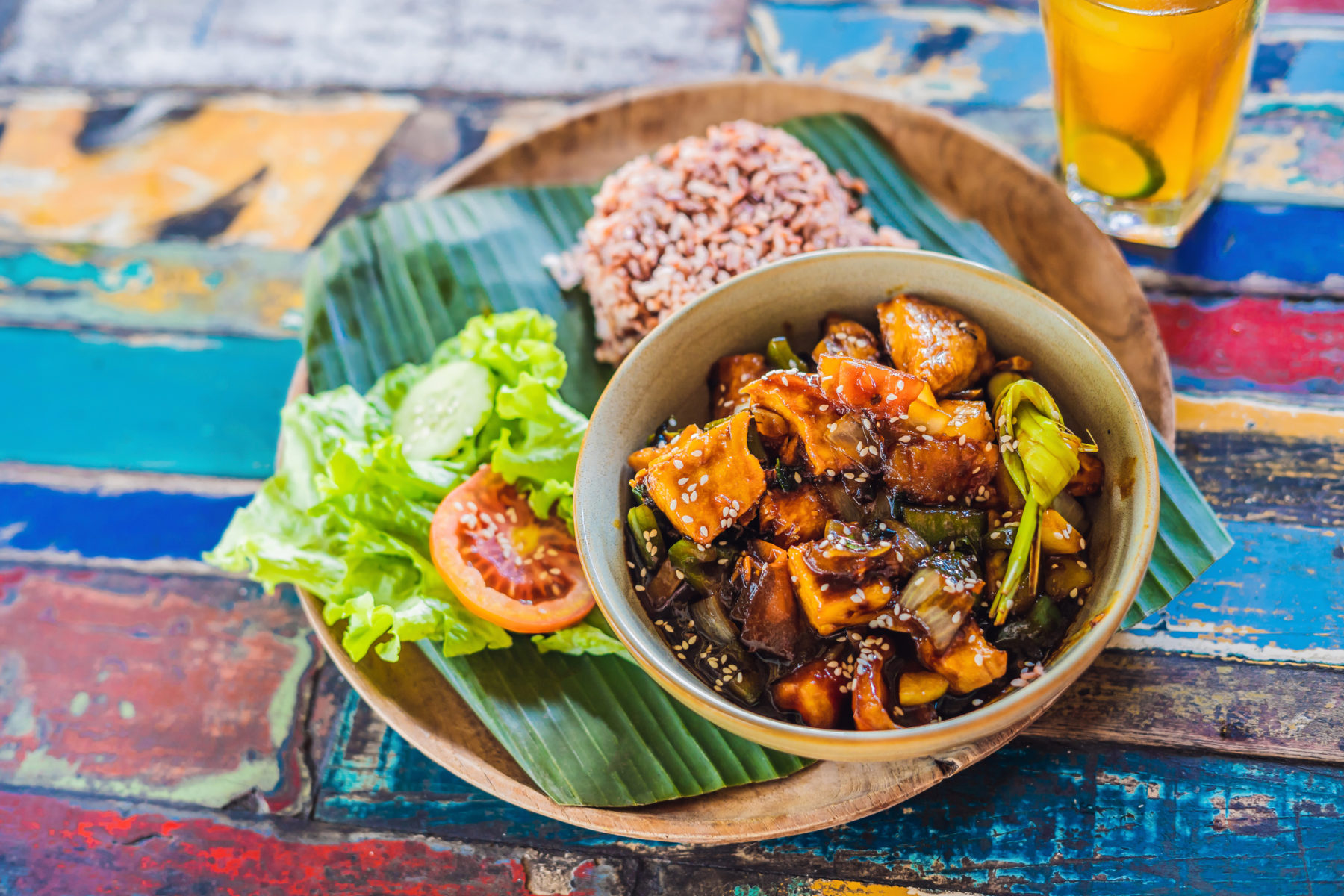 Scrumptious food, festive music, and bright colors typify Carnival, but you can enjoy them any time of the year, as islanders are always eager to share their culture and invite all to join in their celebration of life.

Aruba is the perfect place to taste many elements of Caribbean (and global) cuisine. The island’s culinary dishes are a window to the rich variety of the region, derived from the diversity of the several nations that maintained colonies here, the beliefs and practices of the African slave population, and the manner in which they met and combined to produce something unique. On Aruba, you can sample and savor foods from Jamaica, Trinidad, Colombia, Venezuela, and Peru (to name only a few), as well as native island favorites and even Asian fare.

Dutch colonization brought with it many of the dishes preferred in one of its other colonies — Indonesia. Formerly exotic recipes such as rijsttafel (also known as rice table, comprising numerous dishes ranging from mild to super spicy), bami goreng (stir-fried noodles), and nasi goreng (fried rice) are now staples of the Aruban diet. Often found at buffet tables, these dishes are ubiquitous at local celebrations, not to mention from food trucks and stands found around the island year-round.

If you’re looking to try something quintessentially Aruban, be sure to sample keshi yena, a delectable mix of stewed chicken, beef, or seafood accented with olives and cashews, all swaddled in melted Gouda cheese. It is a mandatory item for any bistro boasting local cuisine, and a standard by which locals judge overall restaurant quality.

The true test of a native restaurant, though, is its treatment of the bounty from the surrounding Caribbean — the fresh fish that’s usually caught only hours before serving. Eateries specialize in serving the fresh catch of the day and prepare it to the taste of their patrons. For islanders, fish steaks flash fried with a dusting of flour and Aruban criollo sauce is the only way to savor this local delicacy. Add a splash of papaya pica, a relish made from the tropical fruit and enlivened by the island’s famous locally grown hot pepper, Madame Jeanette, and you have a memorable meal. But use it sparingly; those tiny peppers pack quite a punch!

Discovering Aruban cuisine can segue into a lively night absorbing island culture while strolling the main streets of Oranjestad. Music drifts through the air, constantly drawing visitors to any one of the many venues that provide free entertainment throughout the evening. Stop by the Renaissance Marketplace or local favorites such as The Sopranos Piano Bar, Mojito’s Cantina & Grill, or Local Store to listen to performances by talented resident performers. 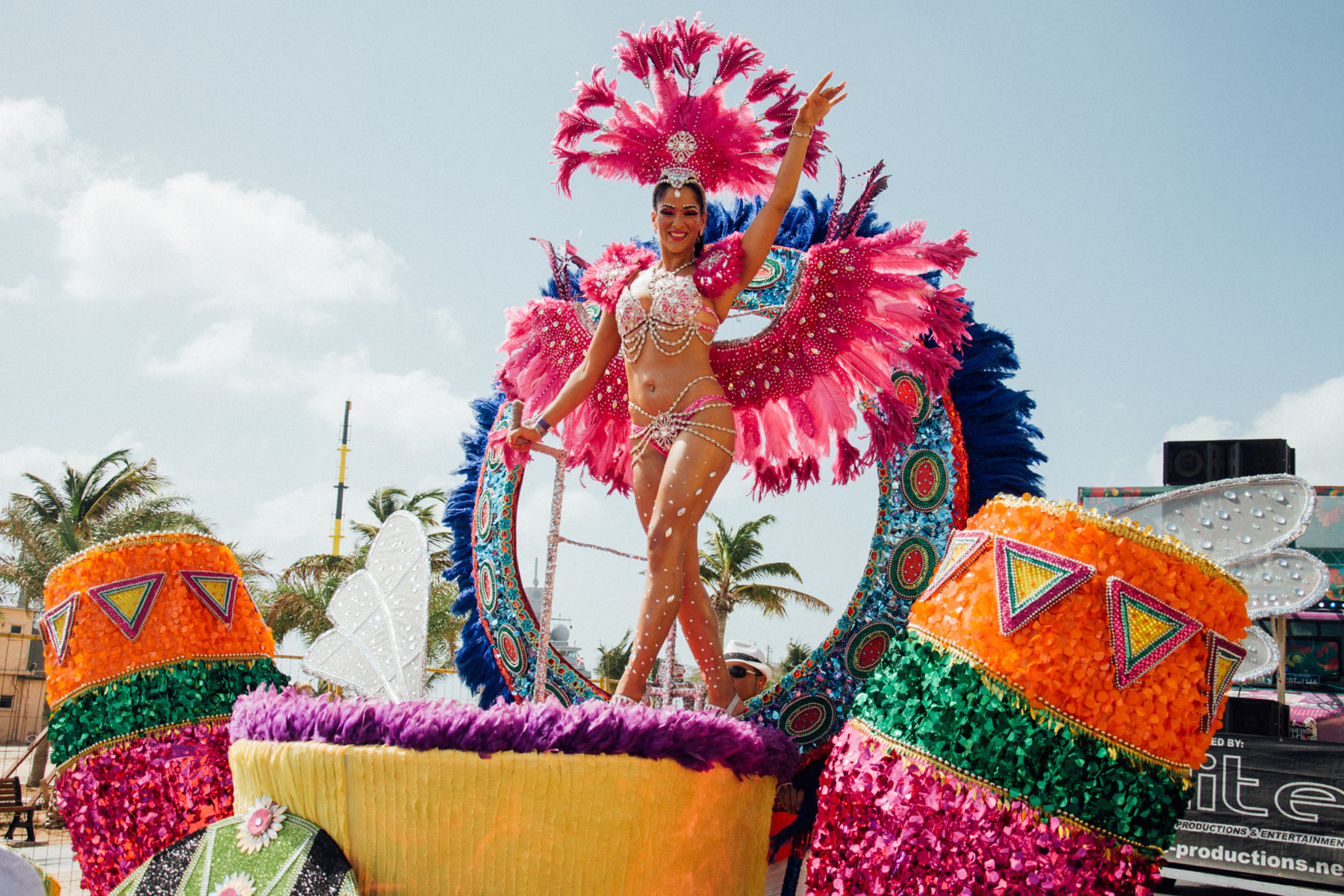 When the sultry Latin strains of salsa and merengue are played, watch as islanders are irresistibly drawn to the dance floor. Don’t be surprised if you, too, are compelled to rise up and move along to the beat. For something a little mellower, steel pan is also played in clubs and restaurants every night of the week. In the Palm Beach area, Paseo Herencia hosts free steel pan concerts every Friday.

Looking to see Aruban folkloric dancing? Demonstrations done to the waltzes and mazurkas influenced by Aruba’s European colonial heritage are de rigueur on national holidays and celebratory street fairs. These are often conducted at the Plaza Turismo and the Plaza Betico Croes in Oranjestad. For a true immersion into island culture, these events, conducted on January 25, on the birthday of politician G.F. “Betico” Croes, (known as the father of the Aruban nation) and on March 18, on Aruba’s National Anthem and Flag Day, provide an authentic island experience.

It’s during Carnival season, though, when Aruba’s native music and dance envelops the city in song and movement. Caiso and soca are the musical anthems of the weeks of Carnival and beyond. Their Trinidadian origins have been filtered down through six decades of Carnival, with each successive generation of Aruban musicians and composers leaving their mark on the genre.

Carnival may only officially occupy the first months of the year, but it lives on in the hearts of Arubans. As soon as the celebration closes, group leaders and carnivalistas begin brainstorming themes, designing costumes, and thinking about new music, food, and cultural activities to top the year before. In other words, Carnival never really ends. It is a way of life in Aruba and one that infuses every aspect of the island’s spirit, delivering to tourists and locals alike a unique and diverse Caribbean cultural experience throughout the year.

This article originally appeared in the fall 2014 issue of the North America edition of Interval World magazine, published by Interval International®, an indirect subsidiary of Marriott Vacations Worldwide. Any re-use of this content, or any portion of this content, is strictly prohibited. All rights reserved.