You can’t visit San Francisco without experiencing its world-famous historic cable cars and streetcars. Here’s what I learned about navigating around San Francisco during a Golden Gate City getaway.

When my husband and I first visited San Francisco, we decided to experience all the unique ways to travel in the city. Not only can you board one of the famed cable cars, you can also choose from streetcars, regular buses and, of course, the subway.

San Francisco is a beautiful city, and taking in the scenery while getting around town is half the fun. We opted to use cable cars and streetcars as much as possible for the full Golden Gate City experience. 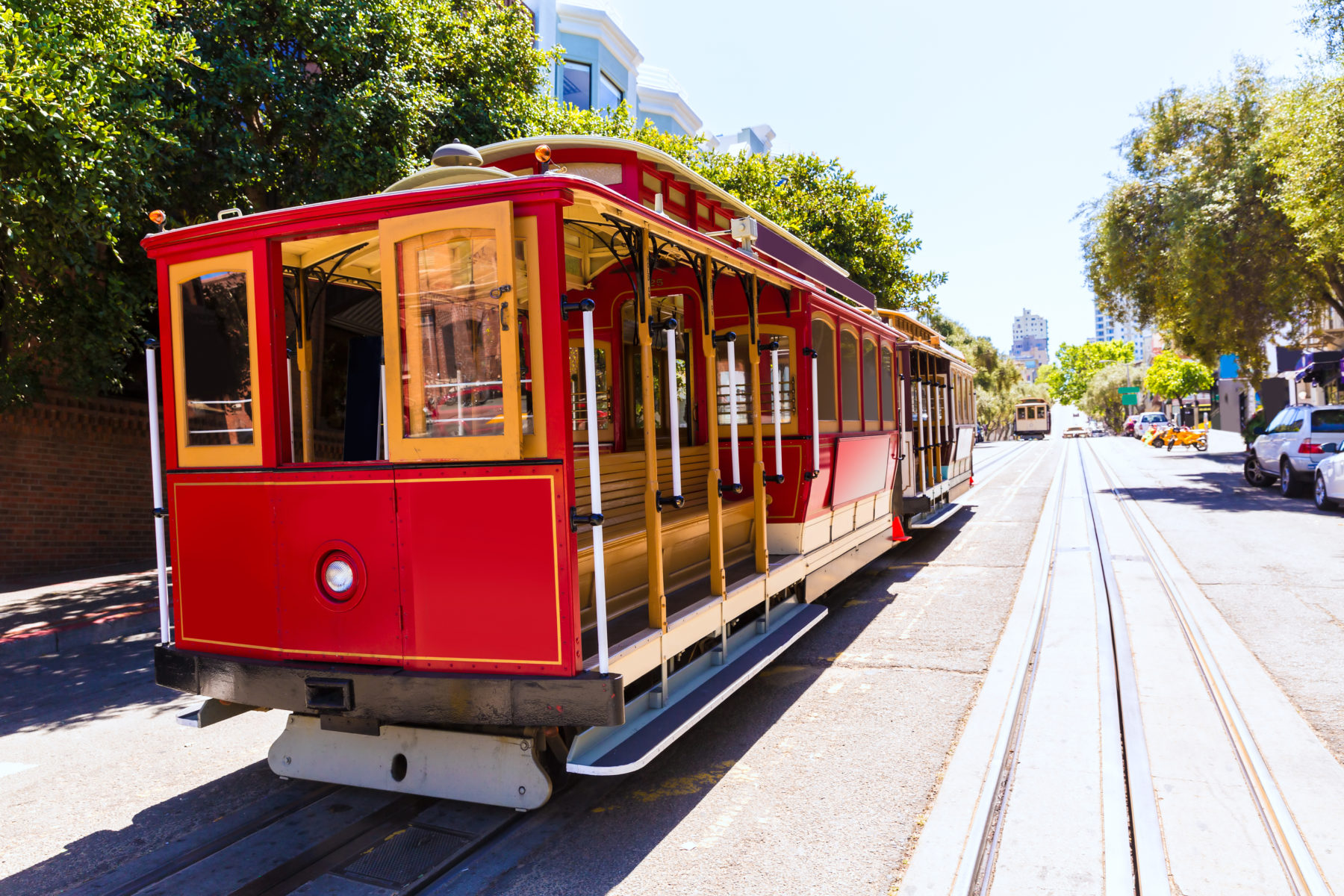 The Difference Between Cable Cars and Streetcars

When you think about San Francisco, you may imagine someone hanging off a trolley — but did you know both cable cars and streetcars can be considered trolleys? And do you know the difference?

Cable cars, which are a National Historic Landmark, have been operating in the city since 1873. Cable cars were designed to pull cars up San Francisco’s many hills after the inventor, Andrew Smith Hallidie, watched horses being whipped while struggling to pull a horsecar uphill. With cable cars, underground cables literally pull cars up hills along preset tracks.

Streetcars, however, have an electric motor and draw power from a pole attached to a wire running overhead. Many of San Francisco’s streetcars are restored historic cars from cities all around the world, like Milan, Zurich, Osaka and New Orleans. Some streetcars even date back as far as 1896 — so riding in one is a bit like experiencing a moving museum. You’ll find streetcars along the main thoroughfares of Market Street and the Embarcadero, which is the area along San Francisco’s east waterfront. 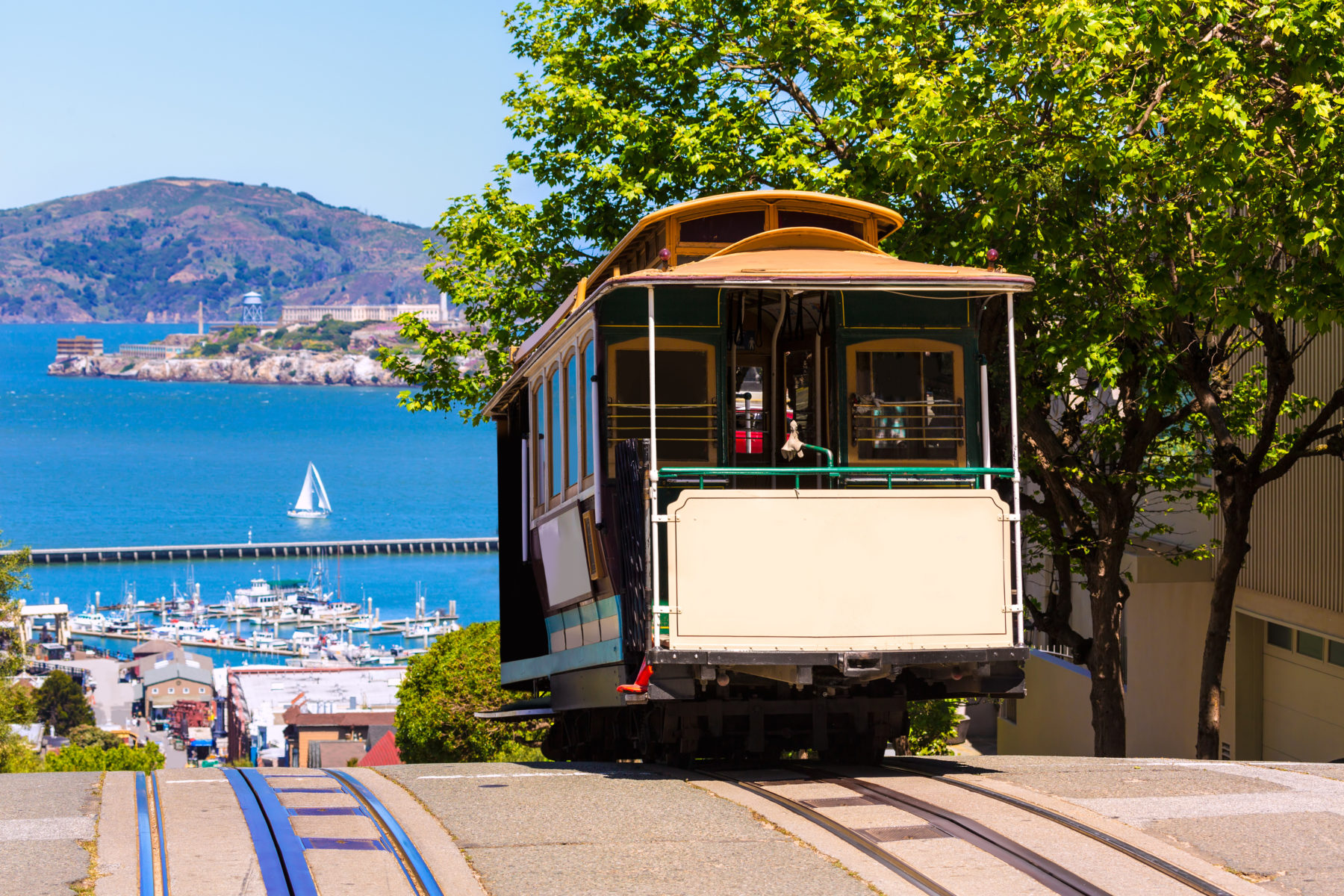 How to Ride a Cable Car

Riding a cable car will cost you $7, or you can opt for a 1-day visitor passport from Muni — which runs the city’s fuel-efficient buses, light rail, cable cars and streetcars — for $12, which affords you unlimited cable car rides for the day. Pay the operator with exact change, or purchase a ride on your smartphone on the MuniMobile app, which was our preferred way to buy tickets.

San Francisco has three cable car lines: one running east and west, and two running north and south. The cable cars run about every six to 15 minutes from 6:30 a.m. to 12:30 a.m. each day.

We found that it was easiest to catch the cable car at the end of the Powell Line in the Financial District downtown, as it was less crowded. When we tried to catch the car closer to the opposite end of the line, it was so packed that we couldn’t get on despite waiting for many cars.

When you’re ready to hop off the cable car, pull the cord inside the car, so the operator knows to stop at their next opportunity. Don’t forget to enjoy the scenery along the way! 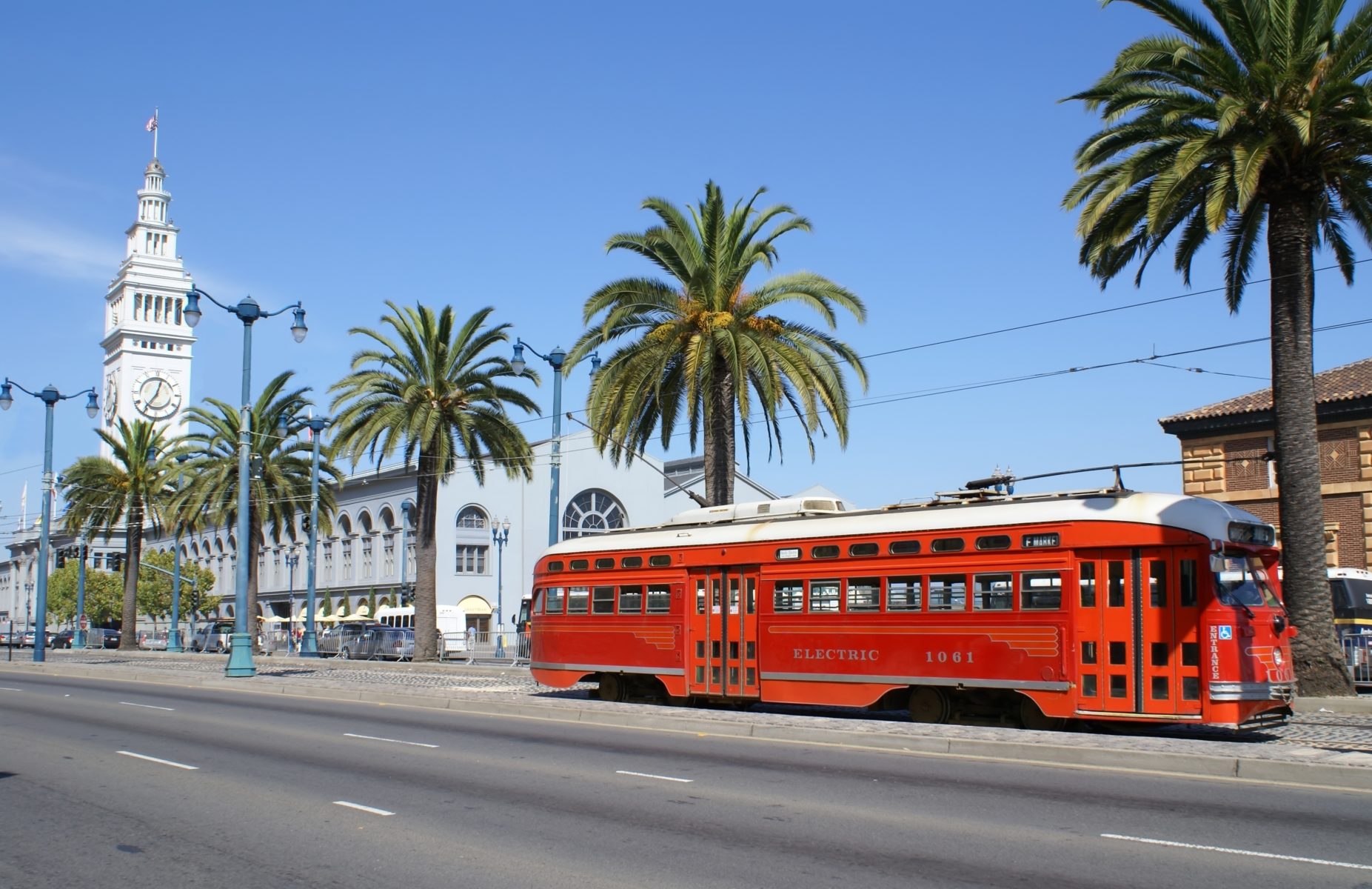 How to Ride a Streetcar

Although we loved our experience on the iconic cable car, streetcars became our preferred mode of transportation for getting around. Streetcars cater mostly to locals moving from place to place, rather than tourists.

At just $2.50/ride, it’s a great deal, and you can also buy a $5 all-day pass for unlimited rides on streetcars, buses and trains. Passes are also available on the MuniMobile app, which in addition to Google Maps, has the latest routes and arrival times.

We used the streetcars along Market Street multiple times to go uptown, where we could explore San Francisco’s many popular attractions and restaurants, as well as reach the waterfront for a dinner cruise from Fisherman’s Wharf.

The San Francisco CityPASS comes with three days of unlimited rides on the city’s streetcars, cable cars and buses. 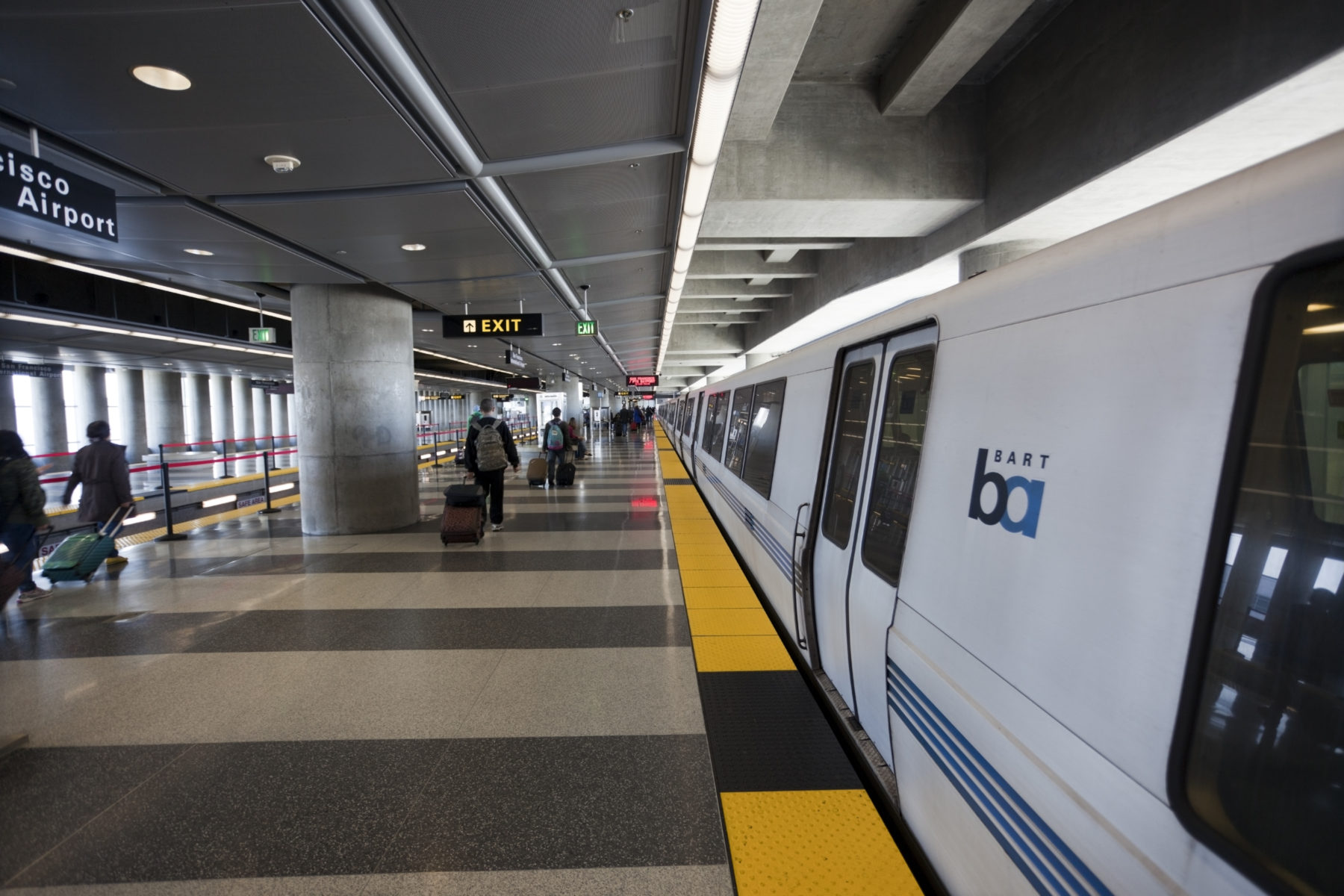 Other Ways to Get Around

My husband and I took the bus to reach Telegraph Hill, the Golden Gate Bridge and the 1933 Coit Tower, a local structure that offers fantastic 360-degree views of the bay. Even by San Francisco standards, the tower sits atop a big hill, and it was more of a climb than we dared to tackle. Catch the 39 Coit bus at Washington Square or other stops and to the base of the Tower to save yourself some steps.

The BART, the local subway system, is another way to traverse the city. But perhaps the best way to get around San Francisco is on foot. You should be in decent physical shape, as all the hills can wear you down quickly, but it’s a great way to burn the calories you consumed from eating all that sourdough bread!

Pack a supportive and durable pair of shoes to help you navigate San Francisco’s many hills.