The bucket-list destination of Machu Picchu is within reach to travelers, via an exciting days-long trek or by train or bus. Consider adding side trips to go rafting on the Urubamba River or do additional trekking in the lush Amazon Rainforest.

Emerald peaks streaked with granite reach to the heavens. At their base crawls a veil of clouds. Almost camouflaged in that vision of green and ivory are sprawling hills carpeted in an immeasurable rock labyrinth, busy with sloping terraces that stretch beyond what the eyes can take in.

That’s the mystical setting of Peru’s ancient Incan city of Machu Picchu that once jumped off a travel poster and onto my wanderlust radar. The glint in the poster owner’s eyes as she recalled her trip of a lifetime told me I needed to personally experience this timeless treasure. Here are my tips for making the most of this bucket-list trip. 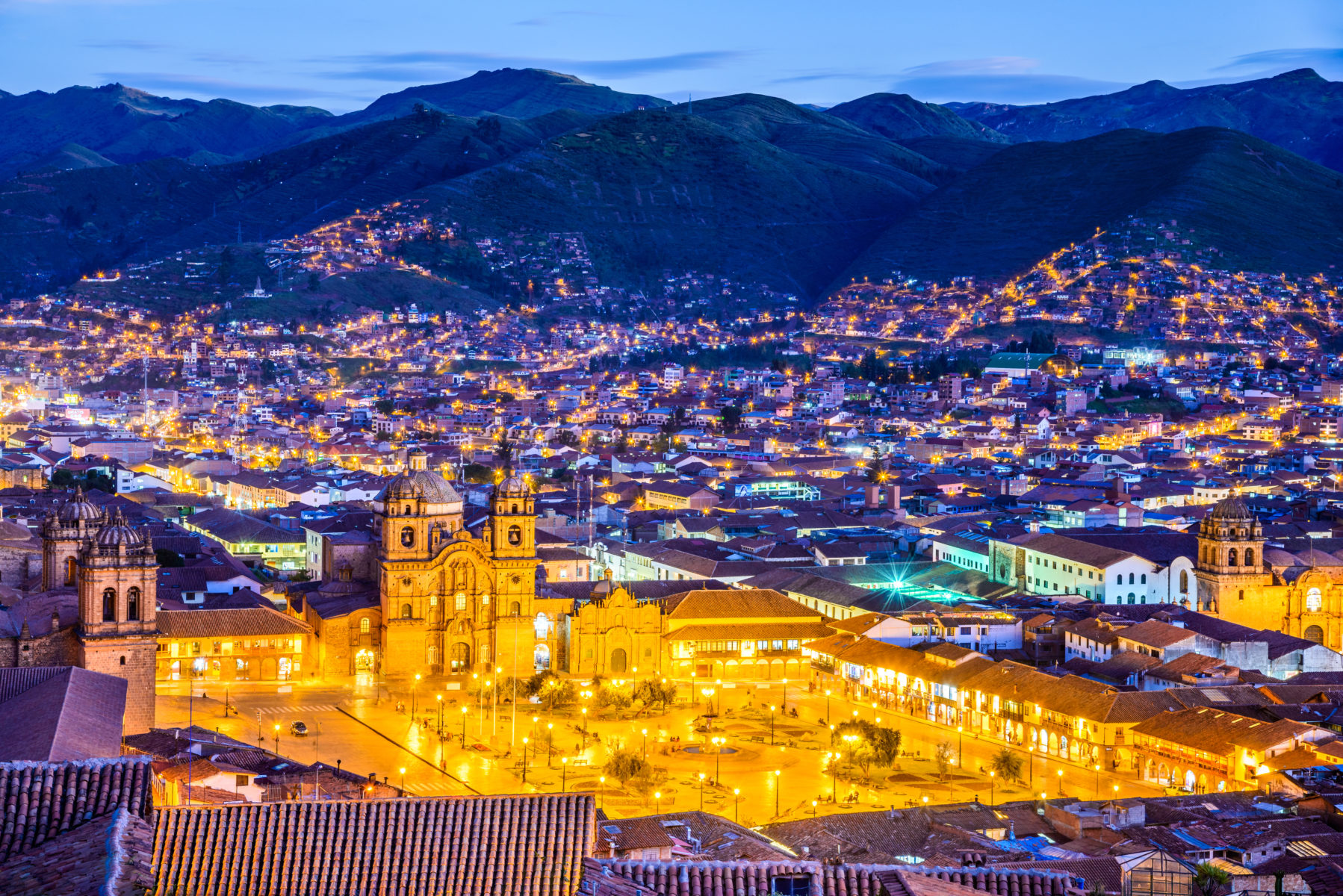 The city of Cuzco, a UNESCO World Heritage city that was once the capital of the Incan empire, is where most Machu Picchu adventures begin. From there, you can reach Machu Picchu via a days-long trek or by train and bus.

I recommend doing a trek, so that your senses have time to fully take in their surroundings. The raring-to-go traveler can combine the trek with a rafting trip down the Urubamba River, or a journey into the Amazon.

I chose the popular four-day trek to Machu Picchu, where our guides set up tents for us and provide meals along the way. After a two-hour drive from Cusco, my group arrived with our guide at a suspended walking bridge that led us over the Urubamba River and onto the trail. That first day we clipped along a fairly flat 7.5-mile route. The second day was the same distance, but straight up past llamas and sheep and into the fog, ascending 4,000 feet to a 13,800-foot pass. 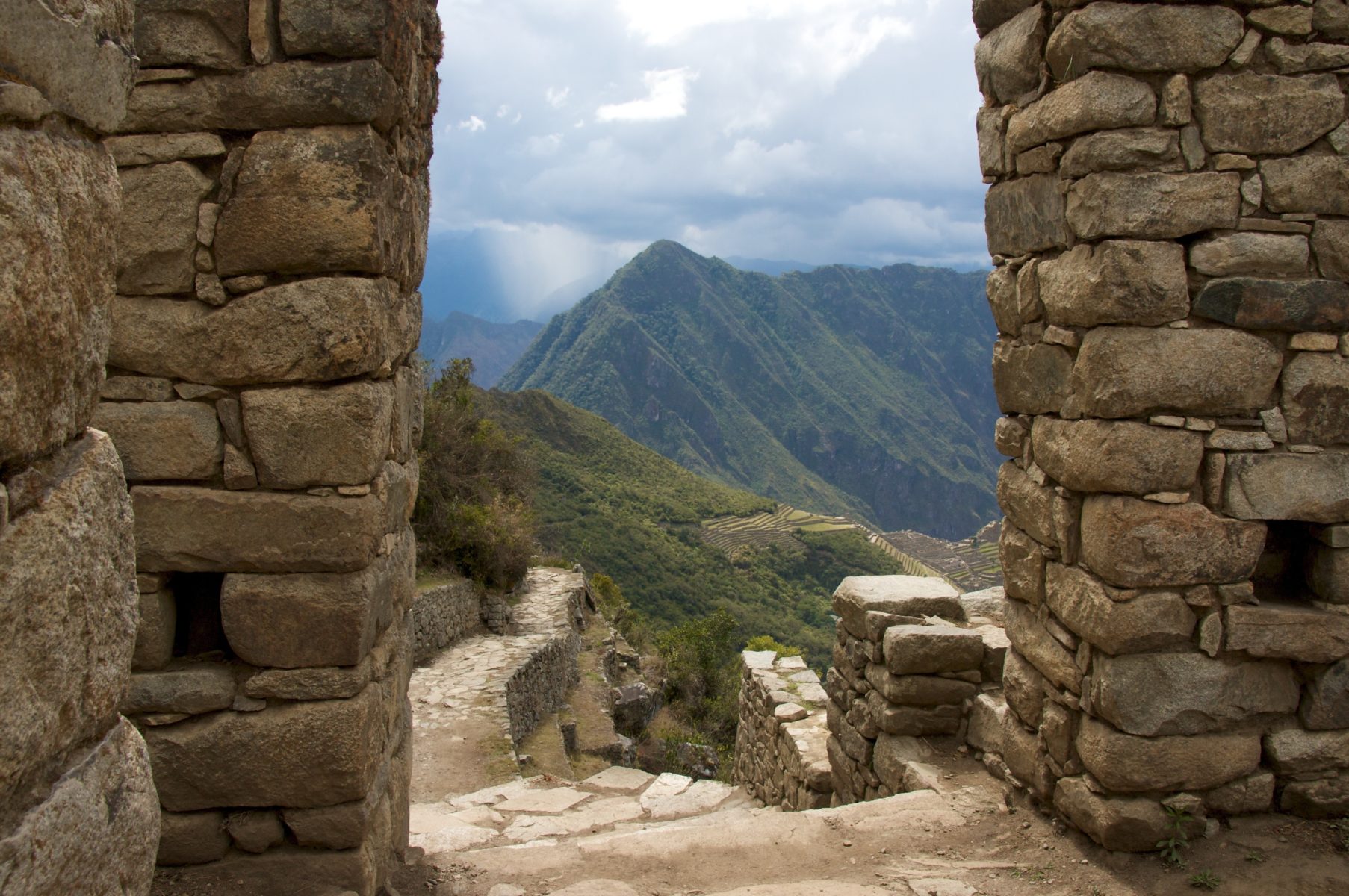 Day three took us up and down mountain passes, along the same path and down the same 2,000 stone stairs the Incas once traversed. We passed through mossy rainforests and man-carved caves and feasted our eyes on spectacular ruins. Our final day was a sheer, two-mile descent along Incan stairs in the pre-dawn hush to Inti Punku — also known as the Sun Gate, and final section on the trail to Machu Picchu — where we awaited sunrise and our first view of those fabled ruins materializing in the mist. We spent the remainder of the day exploring the labyrinthine wonders of that once-upon-a-time village, with llamas roaming the surrounding mountain-framed plateau.

Travelers who are not after an adrenaline rush can catch a train from a village on the outskirts of Cusco, called Poroy. A three-and-a-half-hour trip will take you to the laid-back town of Aguas Calientes, at the foot of Machu Picchu — a shuttle ride or an hour’s walk away. The town takes its name from the volcanic hot springs in the area. For a small fee, you’ll have access to five open-air, thermal pools, set beneath a towering ring of mountains. In the evening, the pools beckon from a twinkling festoon of lights. Meet fellow world travelers and swap stories as you soak away any aches from your long day’s excursion. 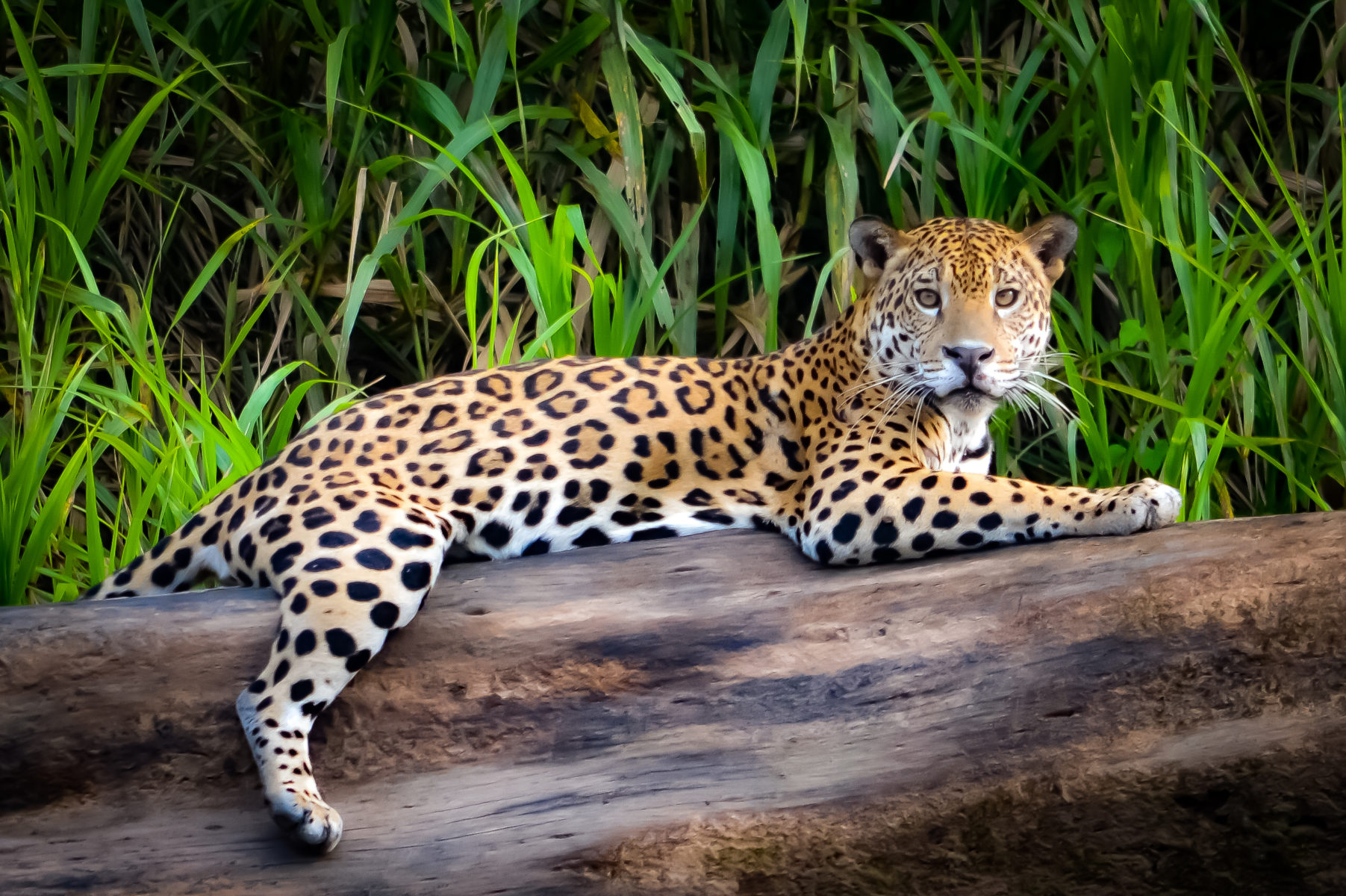 A Glimpse of the Amazon

Go from the high mountains to the world’s most talked-about rainforest and mightiest river. Getting to see some part of the vast Amazon is likely in any Peru traveler’s sights. Where the great river extends into Peru, you will see quiet tributaries that make their way throughout the boundless wilderness.

Of the access points from Cusco, I chose the get-away-from-it-all experience and took an eight-hour bus journey down steep mountainsides into Manu National Park. Time seems to dissipate once you’re settled into a riverside lodge, being welcomed by tribes who call the Amazon home, gliding in canoes past caiman, a type of reptile, resting on sandbanks and a leopard lazing on a tree branch, or walking trails to new camping spots and rustic stick structures.

Along that endless stretch of wide, bending river, I saw an anaconda, mated macaws, capybara, tapir, king vultures, giant river otters and numerous simian species — from woolly spiders to capuchin and red howler monkeys — all under a marvelous canopy of flora. 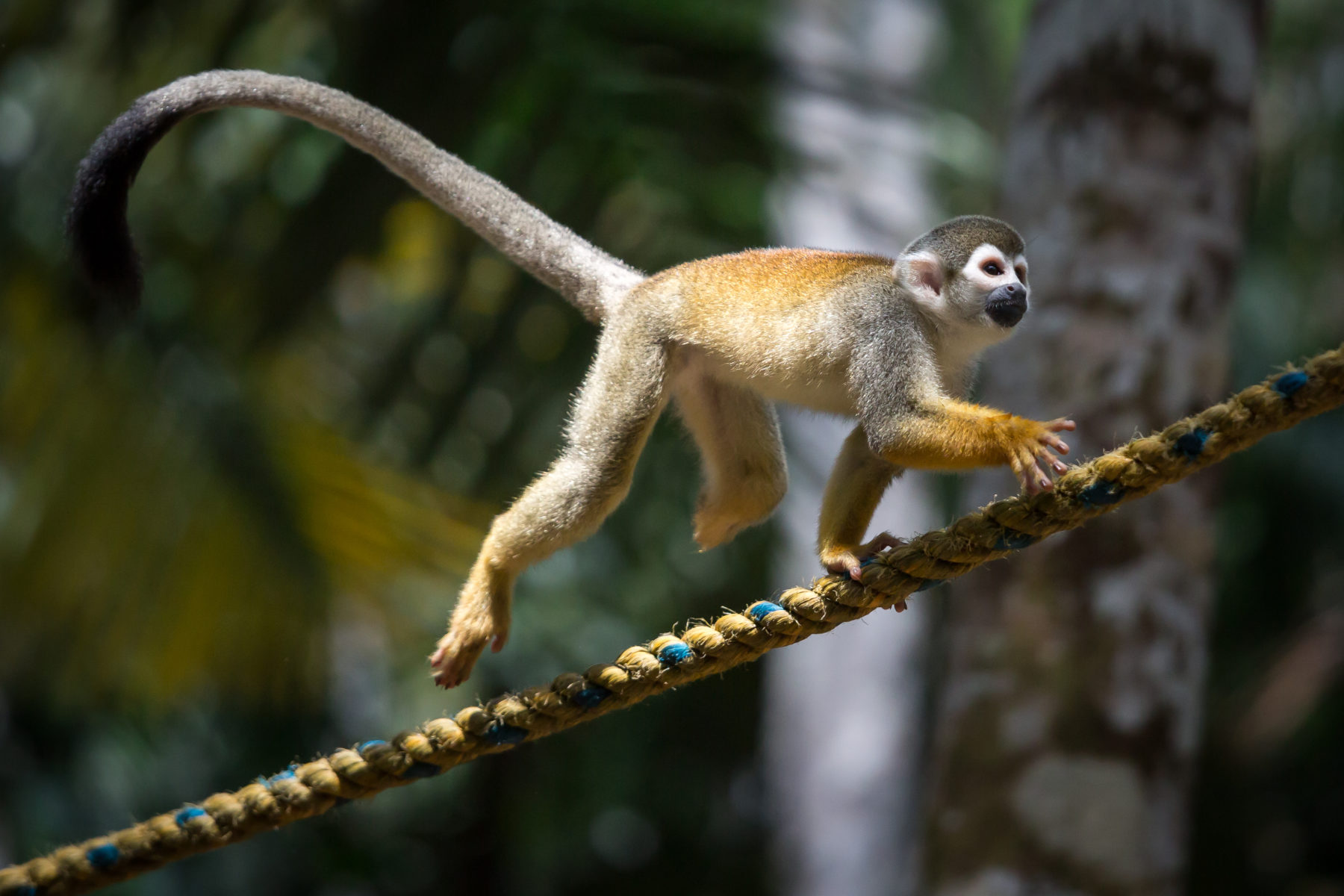 I remember the sounds of the Amazon almost as much as the sights. One day, a roaring tornado threatened to descend, but the uproar was actually the distinct call of red howler monkeys. At night, a deafening noise interrupted our sleep: the all-pervasive chirping of the jungle’s frog and insect hordes.

I also opted for a full day’s white-water rafting adventure a few hours outside of Cusco along the ubiquitous Urubamba. Our guides provided our group with wetsuits, helmets and life jackets to traverse the Class II and Class III rapids, moderately difficult rough waters that demanded our full attention. Our post-lunch treat was a single Class IV rapid that catapulted our raft through tempestuous currents and an adrenaline-pumping, boulder-studded stretch where the river lifted and splashed us as we sped downstream.

A World of Culture

In Cusco, you will find beautiful architecture, lush gardens and rich cultural sites. The ornate Cusco Cathedral at the Plaza de Armas, in the town center, was built by Spanish conquistadors on the site of a sacred Incan temple. Elegant displays of the era’s artwork grace its walls, and its Jesus statue has famously turned black from centuries of candle offerings by acolytes. The stones used in building the cathedral were taken from the nearby fort and holy Incan arena of Sacsayhuamán. Together, Cusco Cathedral and Sacsayhuamán are prime archaeological examples of the city’s Spanish and Incan history.

Cusco is home to numerous festivals throughout the year, but its crown jewel is a sun celebration called Inti Raymi that takes place every June. The merriment begins at Plaza de Armas, where crowds flock to see Peruvians bedecked in vivid traditional garments reenact this ancient festival. A dizzying parade of dancers and musicians in colorfully embroidered patterns, wearing equally elaborate capes and hats and waving flags, winds its way up the mile-long course to perform at the stunning ruins of Sacsayhuamán. 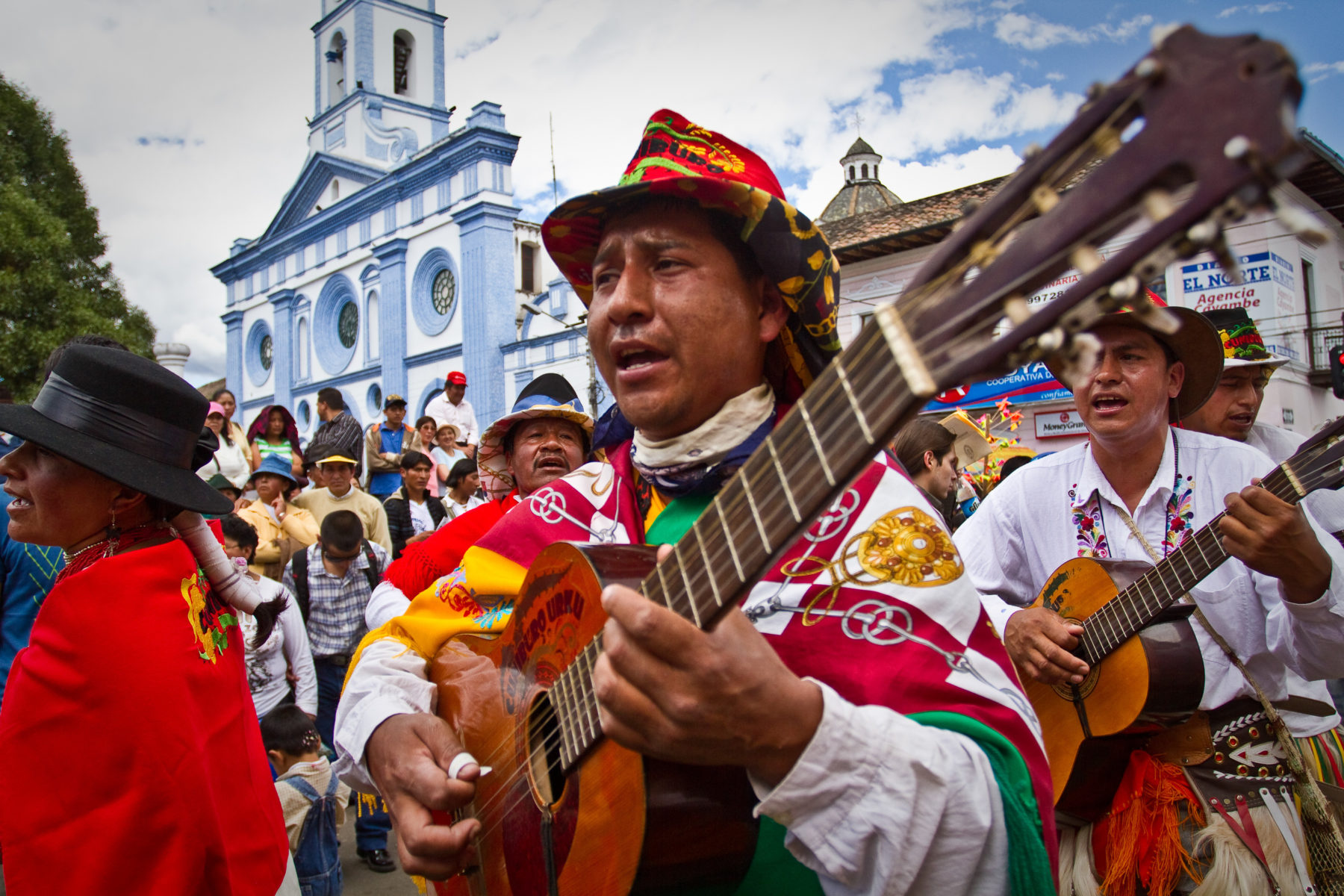 Thousands spill out onto the hillside, creating a veritable mountain of people, interspersed among them are fluffy, adorable llamas alongside their eye-catching owners in full cultural regalia. The backdrop of this electric atmosphere, where the day’s performance and ceremony play out, is the remains of an intricate defense wall and towers made of giant boulders placed so snugly atop each other that not even a sliver of paper can pass through.

Almost like aftershocks, the days following the festival welcomed a parade of costumed children dancing through the main square and a Catholic parade with beating drums, waving banners and robed participants carrying statues.

Within the city proper and throughout its surroundings, no matter when you go, this is a land where adventure beckons.