I’ve always wanted to go to Europe, and because of my artistic background, I thought I’d visit France first. But this year, I ended up going to Italy instead — because of my growing appreciation for wine, and because of the breathtaking scenery, history, food … and did I mention the wine? 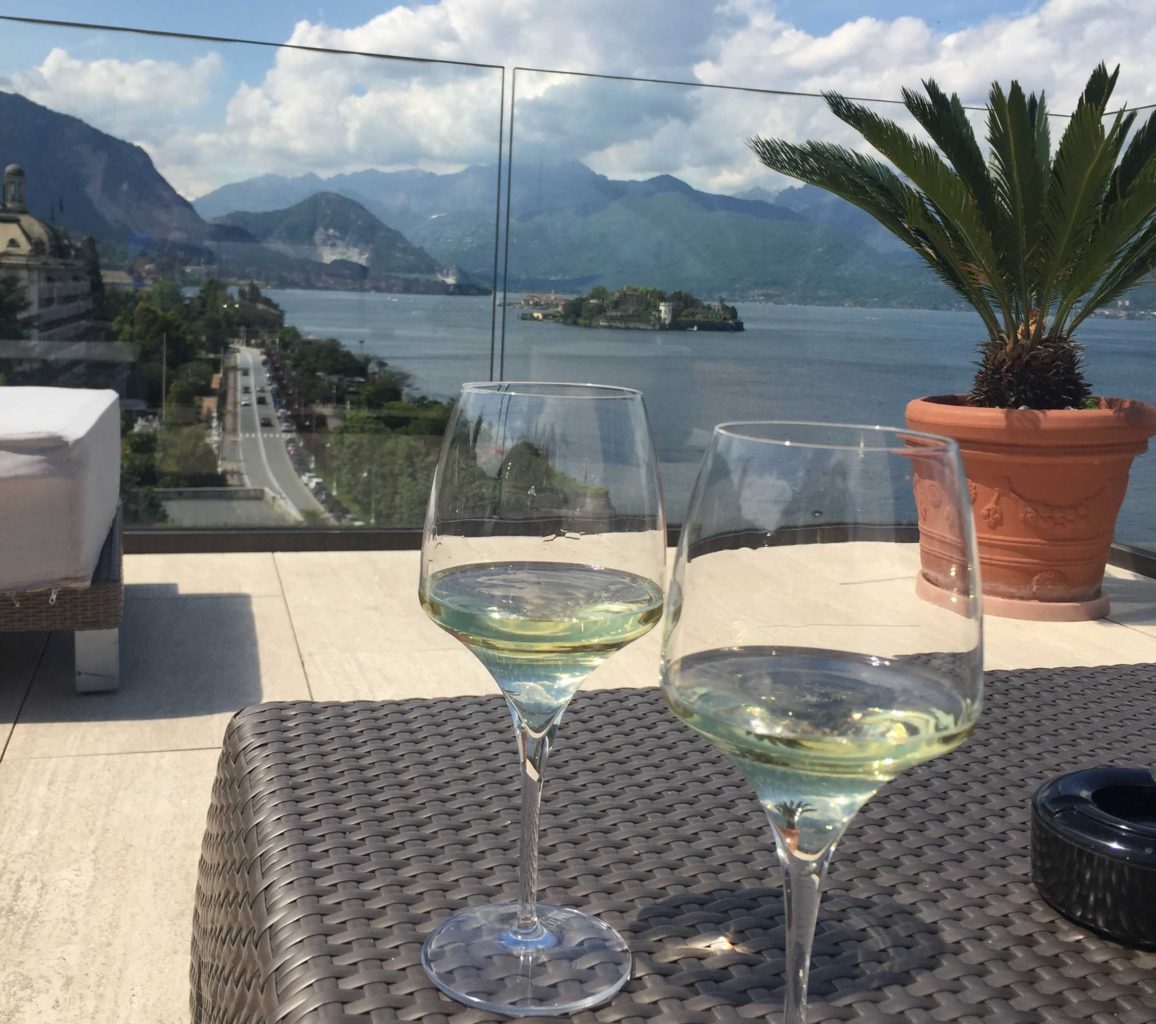 It was my first international adventure, so I opted to take a guided group tour with Collette Vacations rather than try to navigate the roadways, language barriers and cultural differences on my own. While they had several tours to choose from, I opted for one that focused on the food and wine with a little bit of history mixed in. All the accommodations, transfers and most meals were taken care of, with just the right amount of free time, which was perfect for me.

Whether you go on a tour or venture out on your own, your inaugural international trip can seem intimidating. Here are a few tips I gleaned from my venture as a first-time traveler in Europe’s most famous boot … 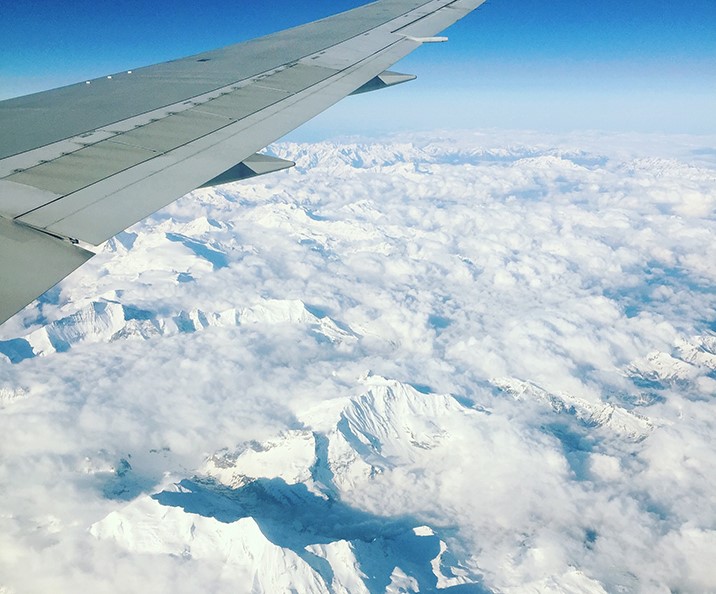 1. Enhance your travels with technology.

During our long flight from New York City to Milan, I took this picture as we flew over Europe. I originally thought it was the Swiss Alps, mainly because I’m geographically challenged, but then I turned on the Location Services option for my camera on my iPhone… and it identified the area as the Rhône-Alpes region of southeastern France!

This option also comes in handy when you’re looking back at the hundreds (thousands?) of photos you took during your trip, and you may not remember where some of them were taken.

Upon arrival in our first destination, Stresa, our tour guide from Collette Vacations strongly suggested that we resist the urge to nap and instead wait until night time to sleep. This helps your body adjust its internal clock more quickly and naturally. I did take her advice, even though I almost fell asleep in my first Italian pizza dinner! 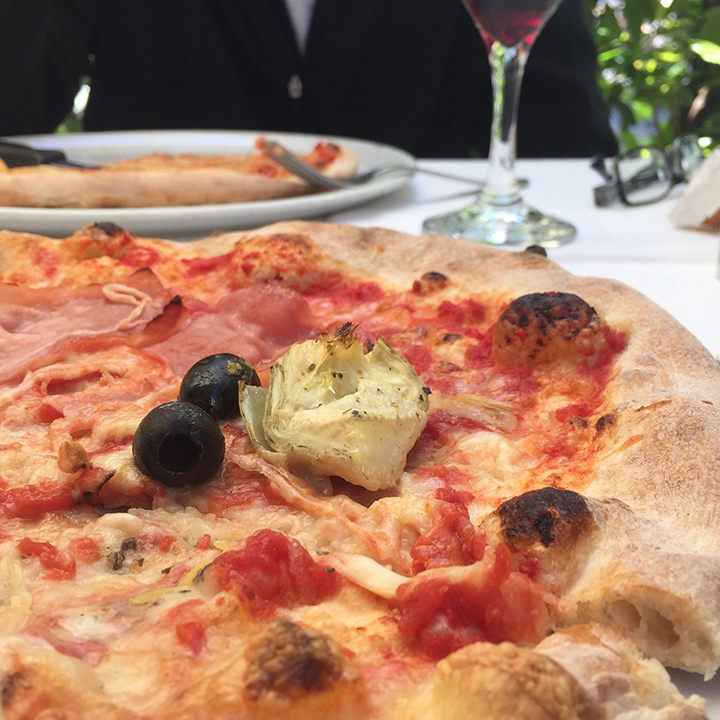 3. Be prepared for cultural differences.

Speaking of pizza, in Italy you’ll be doing a lot of eating. Most menus have some English descriptions, but can still be a bit confusing. The first time my husband and I ordered pizza, we thought we were ordering just a piece (the prices were that inexpensive). But lo and behold, we each received a full-sized pizza — which I am not ashamed to admit I ate entirely by myself!

And then there’s the matter of tipping: We did not know until 10 euros and 24 hours later that most Italian servers are salaried and do not expect to be tipped, at least not very much. It’s also considered rude for them to interrupt your meal by repeatedly checking on you, so it’s up to you to indicate to the waiter when you need something, otherwise you may get frustrated and lose your happy food buzz while waiting for them to bring your check.

Most of our hotels during the tour had complimentary Wi-Fi, but we also prepurchased a plan from our U.S. carrier that allowed us to do some planning, texting and photo sharing (after all, those pictures of pizza and gelato aren’t going to Instagram themselves).

If you have unlocked phone and you’ll be in Italy for a few weeks, you may also want to consider buying a local sim card.

Collette is great at balancing a fixed itinerary with flexible choices and ample time to venture out on your own. And just a few minutes of research can help you make the most of your free time. We used TripAdvisor to find an awesome rooftop bar within walking distance of our hotel in Stresa — Sky Bar at Hotel La Palma. Yelp is another great way to find crowdpleasing restaurants and activities. 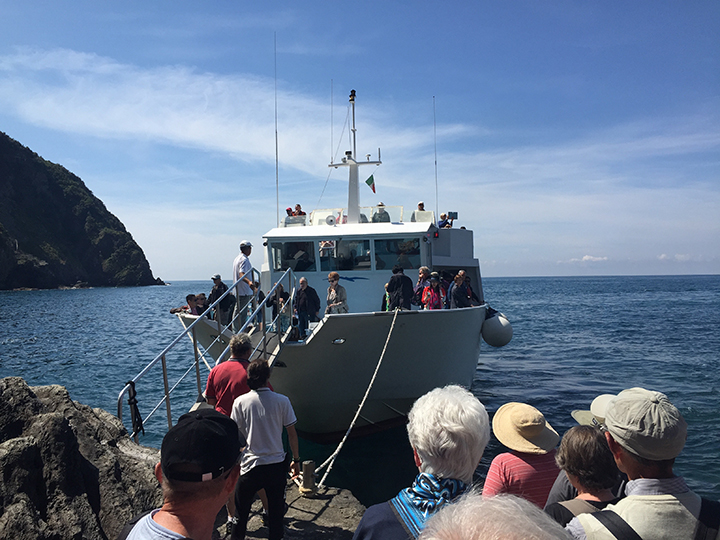 Later in the tour, our group embarked on a train ride to the beautiful rugged coastline of Cinque Terre, which is made up of five villages. We stopped at the farthest south of the five, Riomaggiore. With some time to spare, the adventurer in me said, “Let’s explore!”

Thanks to my research, I knew there were boats that traveled back and forth to all of the villages for a small fee. So I talked a few others in our group into come along on the adventure, and I’m glad I did — on the way from Riomaggiore to Vernazza, we were treated to amazing panoramic views of the coastline.

My next goal was to hike the trail that would lead us from Vernazza to the next village, Monterosso. The trail hugged the side of the mountain overlooking the coastline, with plenty of steep hills and narrow paths. It was no skip through the park, and it took the different members of our group two to three hours to complete the hike — but the views and the experience were well worth the sweat. 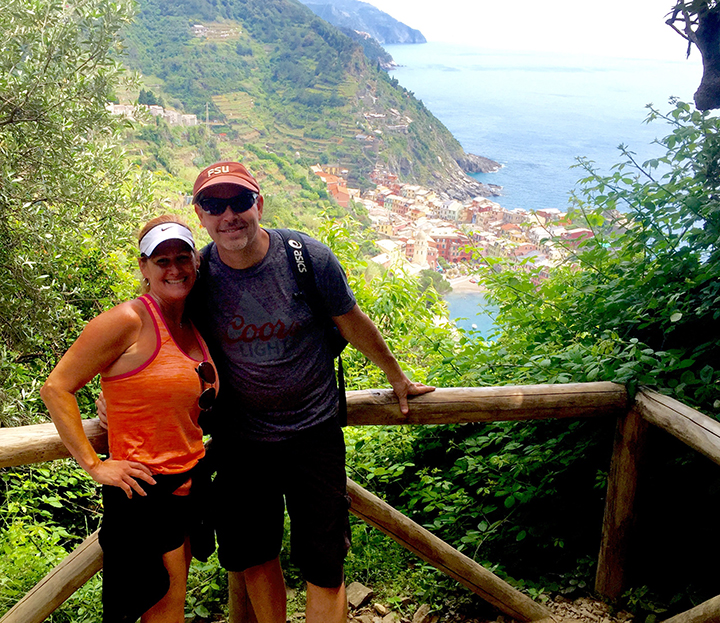 One night we were served sardines as a complimentary appetizer from the chef. Normally I’m not a fan of the little fish, but they were prepared totally differently than the ones I’d tried back home in the United States. In fact, they were awesome. Think of your tour as a great opportunity to try new things. You may surprise yourself!

Is Italy calling your name (with an irresistible accent)? Check out the guided group tours in the Marriott Vacation Club Explorer Collection.