To encourage my son to step away from the children’s menu and try new foods, we started traveling together, which exposed him to new cultures and cuisines.

When my son Aidan was six, he declared sushi to be his favorite food during a trip to San Diego. When he was seven, he asked for extra jalapeños on his carnitas tacos in Mexico. A year later, we went to a special kid’s lunch at the legendary Four Seasons restaurant in New York City, where he ordered uni because he had not seen it before (and I hadn’t seen sea urchins on a menu before, either!). By age 10, my son was looking through international cookbooks and making spicy stir-fry for family dinners. 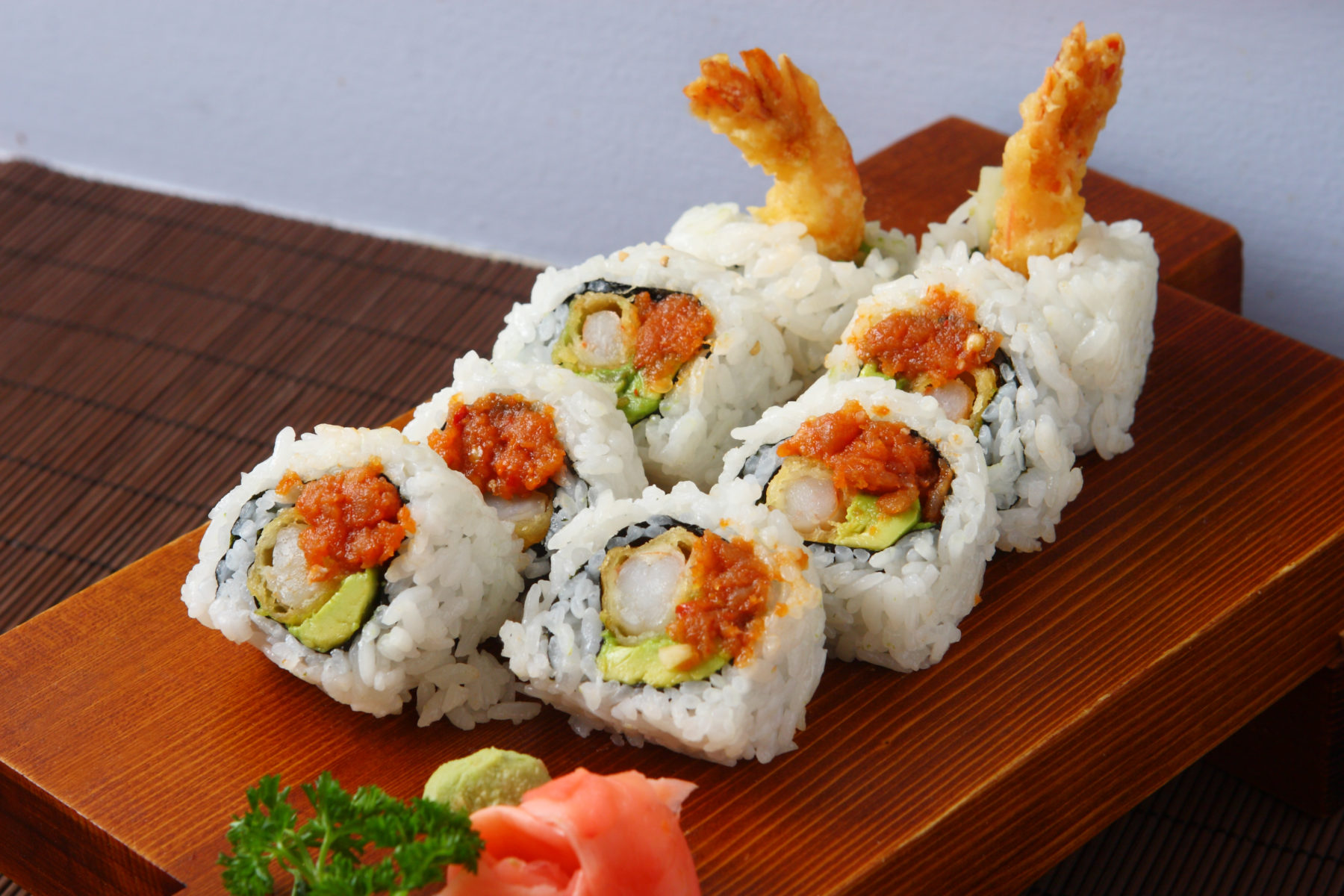 I’m often asked how my son developed his adventurous palate. I attribute it to my family’s love of travel, which gives us an opportunity to explore new destinations and cultures together, and also a belief that kids can appreciate good food if they’re given a chance to try it on their own terms. This has led me to add hands-on culinary elements to our trips throughout the years, including cooking classes, excursions to farms and markets, and having the whole family help cook up our finds. All of this led to my son Aidan participating as a contestant on Chopped Junior last year, whipping up octopus tacos and talking about how traveling has made him the “chef” he is today. (He came in a very proud second place!)

Want to get your kids out of their pizza and hot dog ruts, too? Here are a few of our favorite family foodie destinations and experiences, and some takeaways for making kids into (at least somewhat) adventurous eaters: 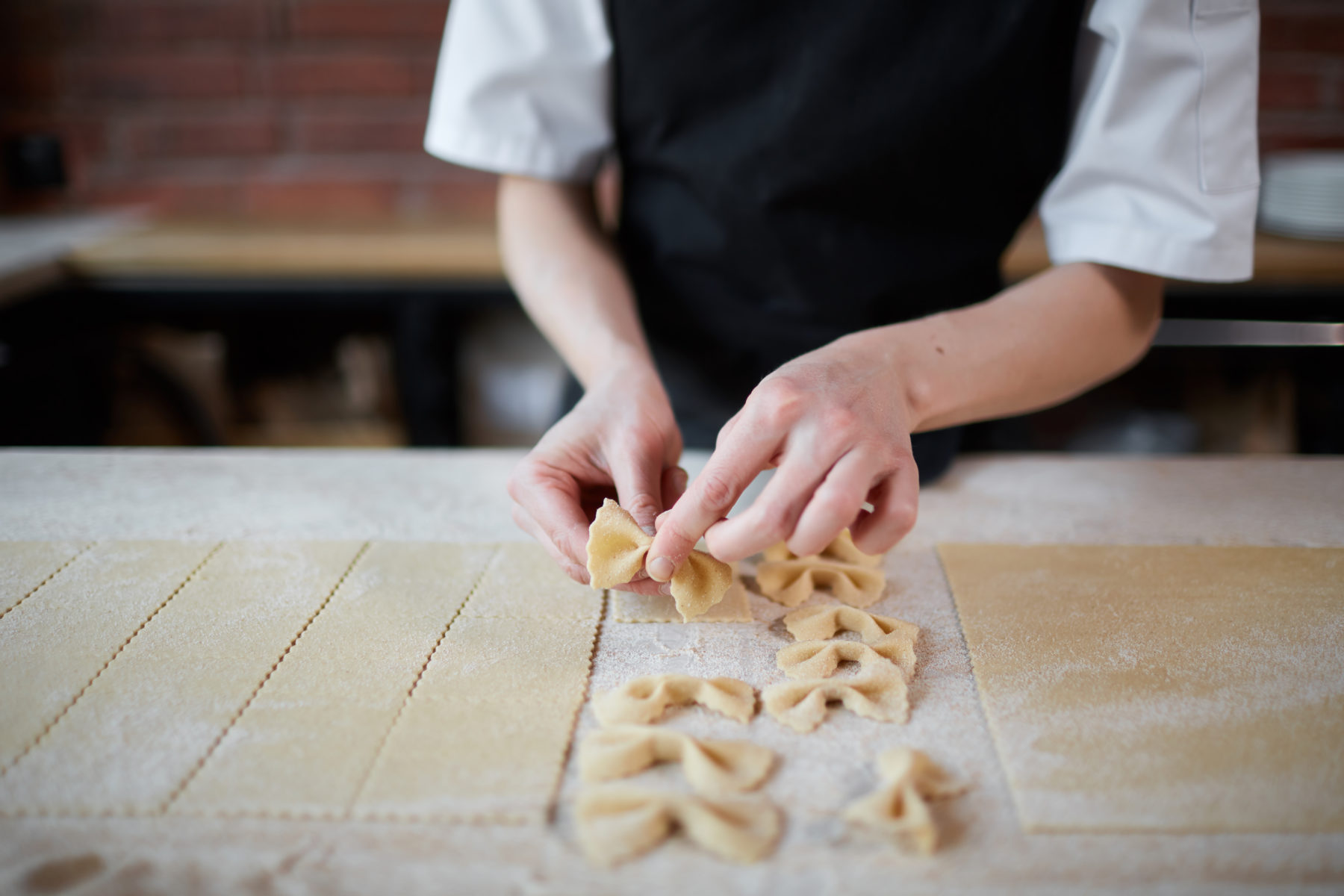 If you ask my family what they liked most about our trip to Italy, they’ll mention our great guided tour of the Coliseum, but then follow it up with making pasta in Tuscany. And I have to agree — our family truly bonded while making pasta at Giglio Cooking School in Florence. The instructor, Marcella, brought an array of fresh ingredients from her farm. During class, she let us see (and taste) the difference between semolina and white flour, showed us how to blanch spring vegetables and turn them into a fresh sauce, and encouraged us to get our hands messy making fresh pasta. Aidan usually demurs when we have asparagus at home, but found he was a much bigger fan of the green stalks when he cooked them himself and added them to our veggie pasta lunch.

When kids cook a dish themselves, they’re more likely to try it — and cooking together encourages family bonding, too. 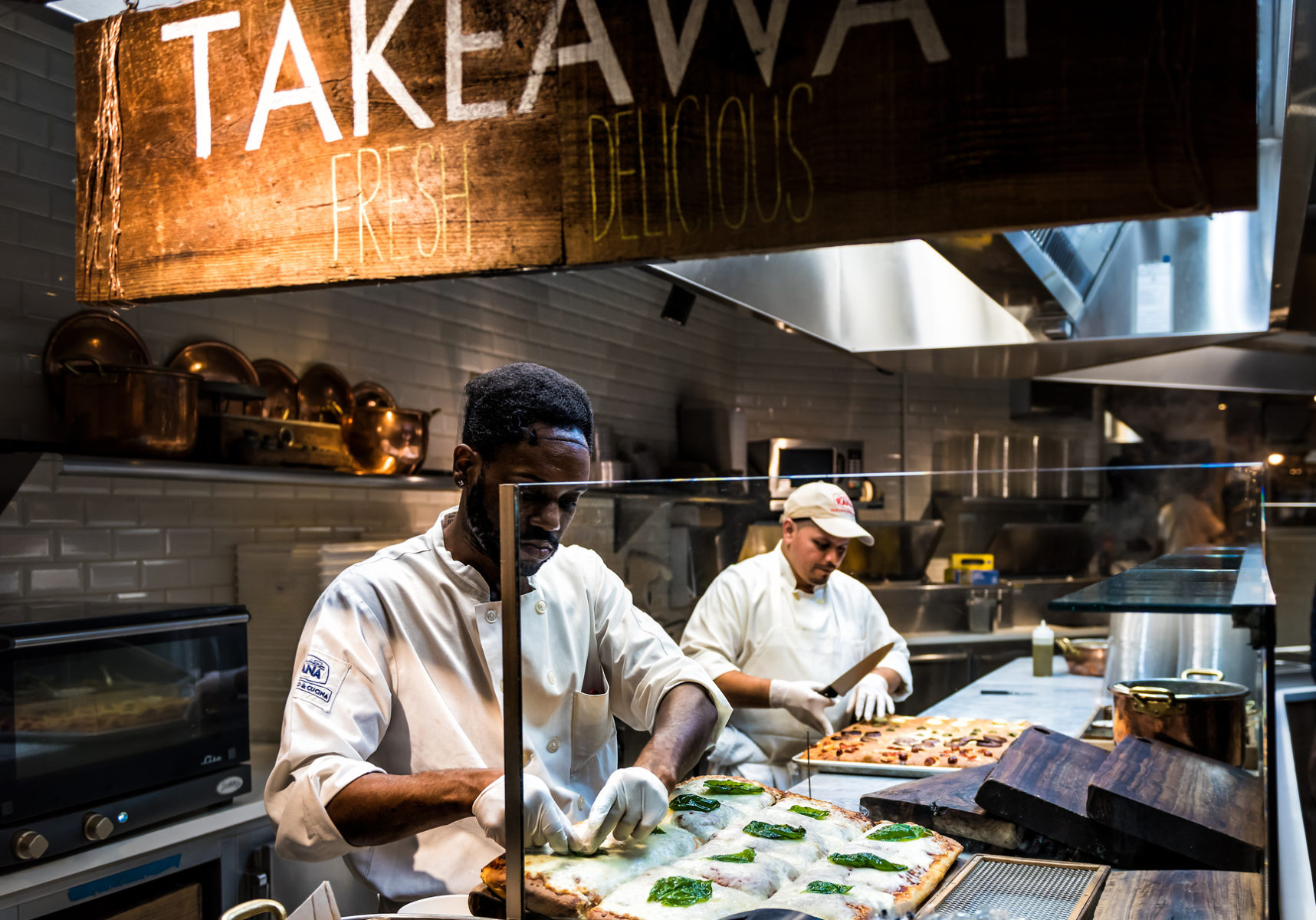 We’ve visited New York City since Aidan was small, and we love to add stops at both the gourmet food hall Chelsea Market and the farm-fresh offerings at Union Square Greenmarket. We give Aidan a farmers’ market allowance and let him choose his favorites from the colorful vegetable stalls, fresh bread stands, cheese monger offerings and other artisanal treats. (We also visit farmers’ markets and food halls whenever we travel). Aidan’s haul usually runs the gamut from French radishes and pretzel buns at Union Square to sushi and smoked Gouda at Chelsea Market. Those aren’t my favorites, but that’s okay, as long as he’s trying new, fresh, local foods in a relaxed environment.

Research the destination before you arrive — you’ll discover which areas of town are best for foodies, and which markets are kid-friendly. 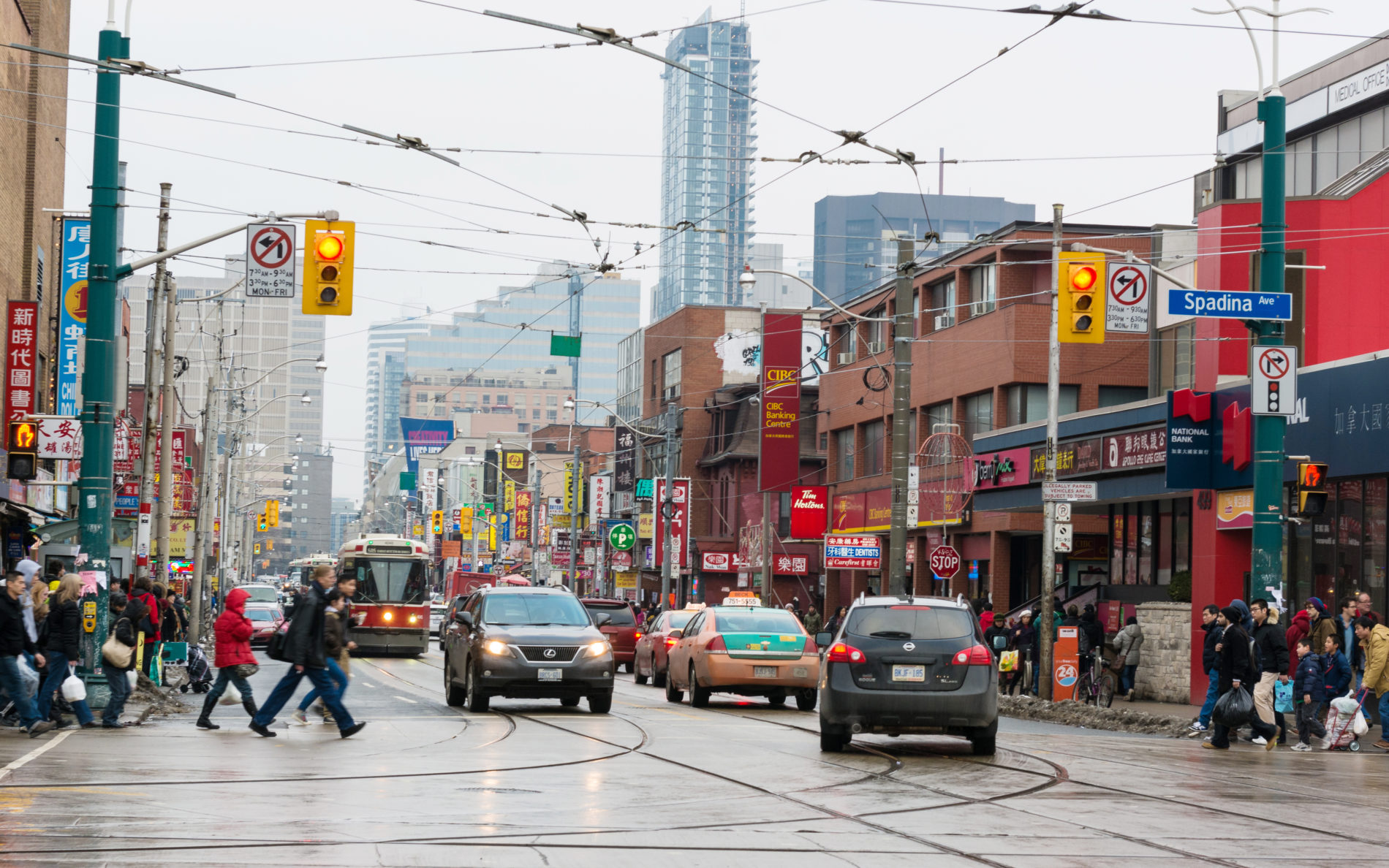 When we took a guided walking tour of the various neighborhoods in Toronto, it opened our eyes to the abundance of restaurants away from the main tourist areas of cities. Our local tour guide pointed out his favorite off-the-beaten-path dining spots while sharing local history and context. For example, he explained that the Chinatown street we were walking down had previously been part of a traditionally Jewish neighborhood, and now abuts a storied hippie enclave. We loved hearing the stories behind the shops as we ate our way along the tour, stopping for everything from soup dumplings to Jewish-style barbecue to cardamom-infused tea — all spots, and dishes, we wouldn’t have found or tried otherwise.

To try a fancy restaurant with your kids without paying fancy prices, go for lunch instead of dinner — the same dishes cost less and are served in smaller, kid-friendly, portions. 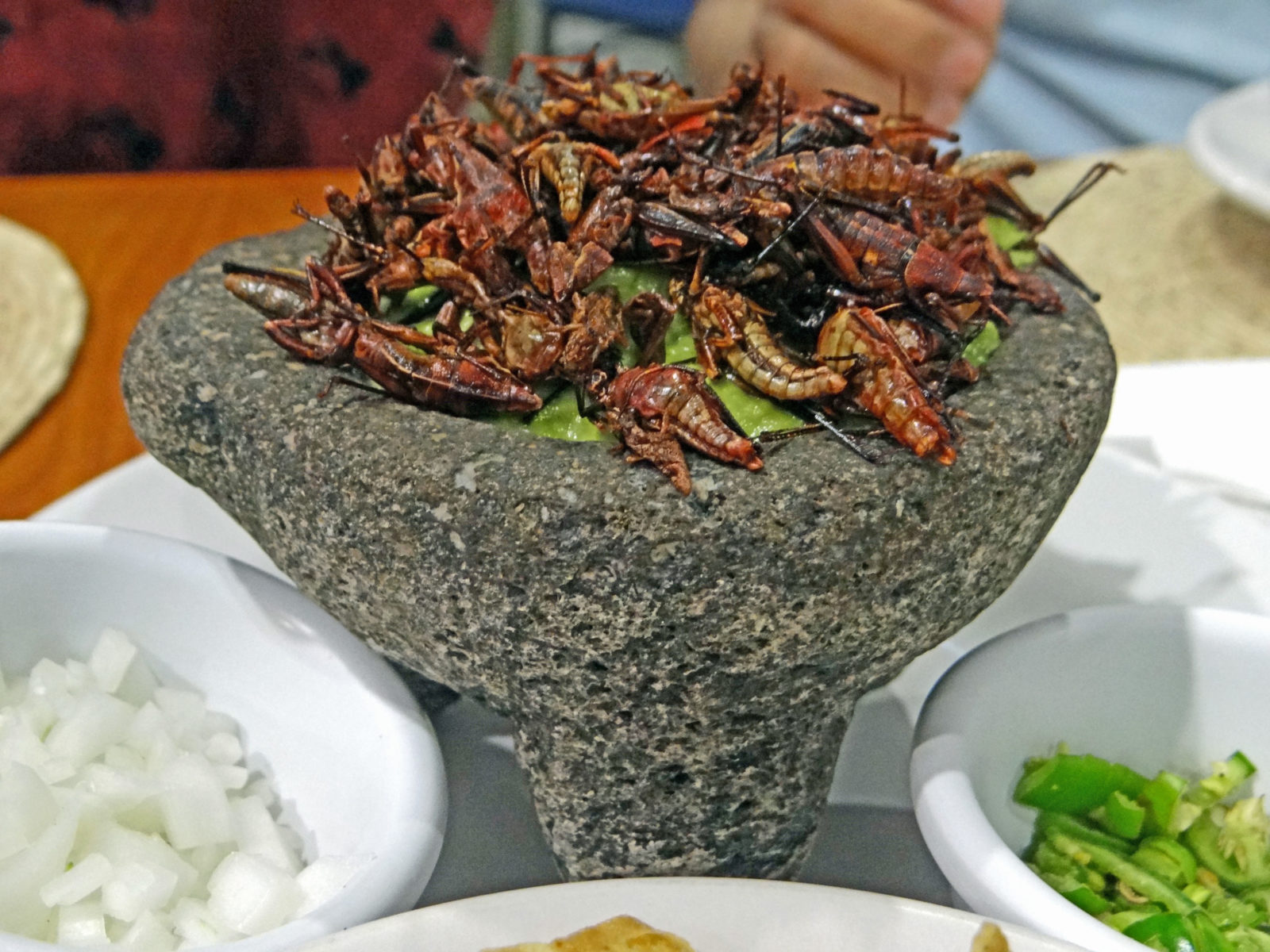 Tacos, salsa, rice and beans, batidos (smoothies) and agua fresca (fruit-flavored water) — Mexico’s cuisine enticed us with its familiarity as we tried dishes we knew from home. Exploring our way around Cancun, we started out sampling our favorite standbys; soon, though, Aidan wanted to taste something new. So we tried a Mexican classic that was way outside our comfort zone: a meal featuring ants and crickets! (They’re considered a delicacy throughout Mexico.) Was it our favorite? Honestly, not really. Was it an awesome story? Sí! We still talk about our unusual fried cricket tacos, and the awesome guacamole served with them.

Let kids make their own decisions about what to try, and don’t talk them out of it (even if it means you may end up eating a crunchy, salty bug, too!)