Whether you take a dip in its crystalline waters or stroll through its Portuguese-inflected Old Town, Phuket, Thailand, is one of the ultimate destinations for fun in — or out of — the sun.

Here are 10 things you can do to make the most of your next trip to this jewel of Thailand’s Andaman Sea.

It’s no secret that Phuket boasts some of the most beautiful beaches in Thailand. Have a Chang beer on the lively shores of Patong, Phuket’s commercial capital, or chill out in tranquil Kamala, where fishermen from a local village are a regular sight on the sugar-white sands. For a swim that’s even more pristine, in-the-know travelers seek out compact and quiet Kata Noi, with its turquoise waters and coral sand. Looking for a locals’ spot? Nai Harn Beach in Rawai is where many residents, expats and their families hang out.

At 222 square miles, Phuket isn’t exactly petite. Its size, combined with its proximity to the mainland, explains why Phuket’s name doesn’t bear the prefix “koh” (meaning “island”) that most other Thai landmasses do. If you crave a jaunt to somewhere smaller and more secluded, Phuket is well-situated to reach some of the country’s most scenic koh. Ride a ferry (three hours) or speed boat (45 minutes) across Phang Nga Bay to Koh Phi Phi (the location for the Leonardo DiCapio film “The Beach”) to explore less-traveled beaches. The striking limestone karsts (rock formations) of Koh Khao Phing Kan, which is also known as James Bond Island for its appearance in 1974’s “The Man with the Golden Gun,” are guaranteed to please the whole family. Exploring by sea canoe or boat lets you get up close and personal with these soaring rock formations, standing like sentries in the azure waters. 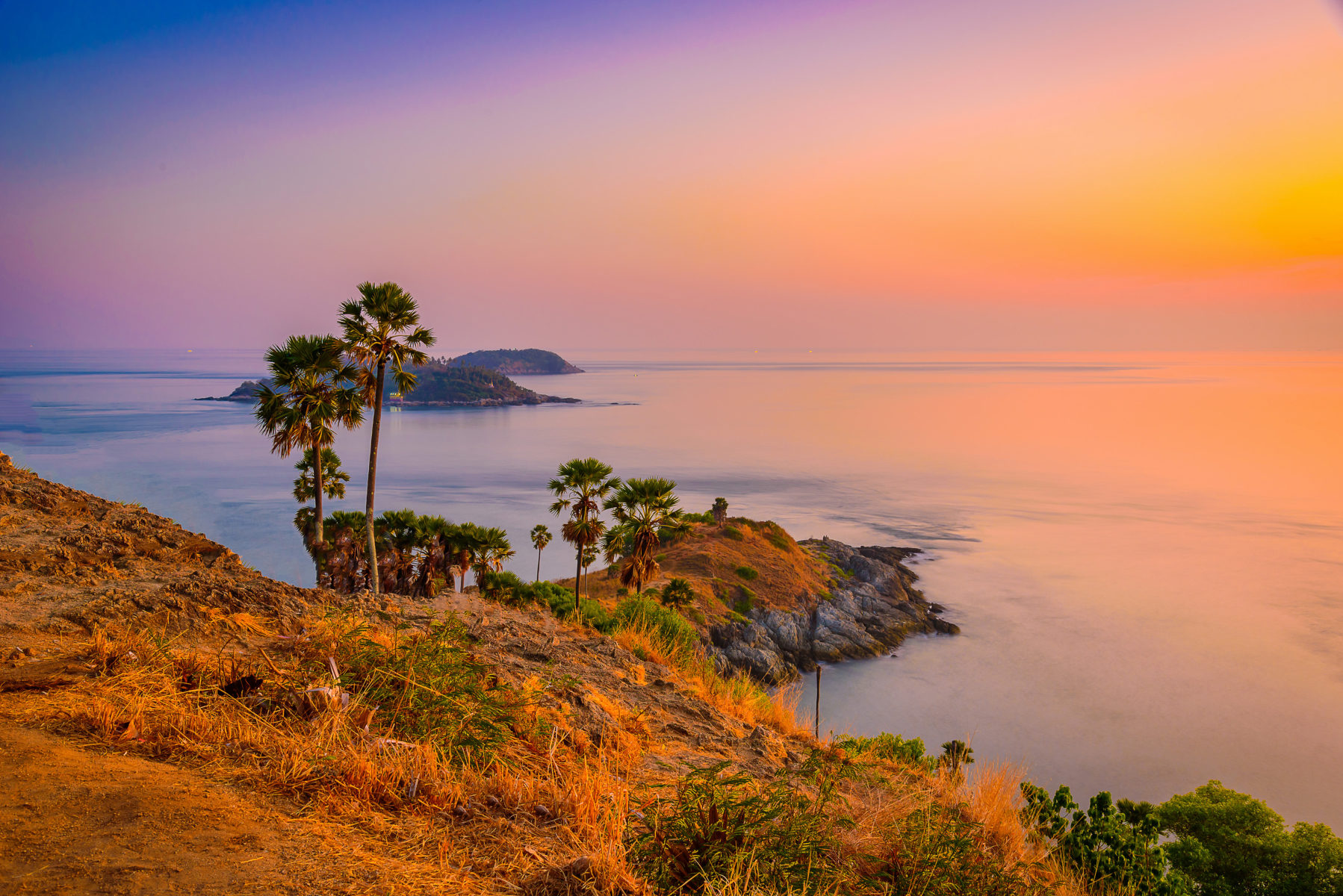 It’s said that you haven’t really been to Phuket until you’ve watched the sun dip into the Andaman Sea from the island’s southern tip. Cape Phromthep might seem a little touristy, but it lives up to the hype. A shrine by the parking lot displays a quirky collection of elephant sculptures, and there are plenty of souvenir sellers and snack stalls to browse as well. To bypass the crowds, you can hike a slippery path to the rocky limit of the cape, where you will have the vista all to yourself. 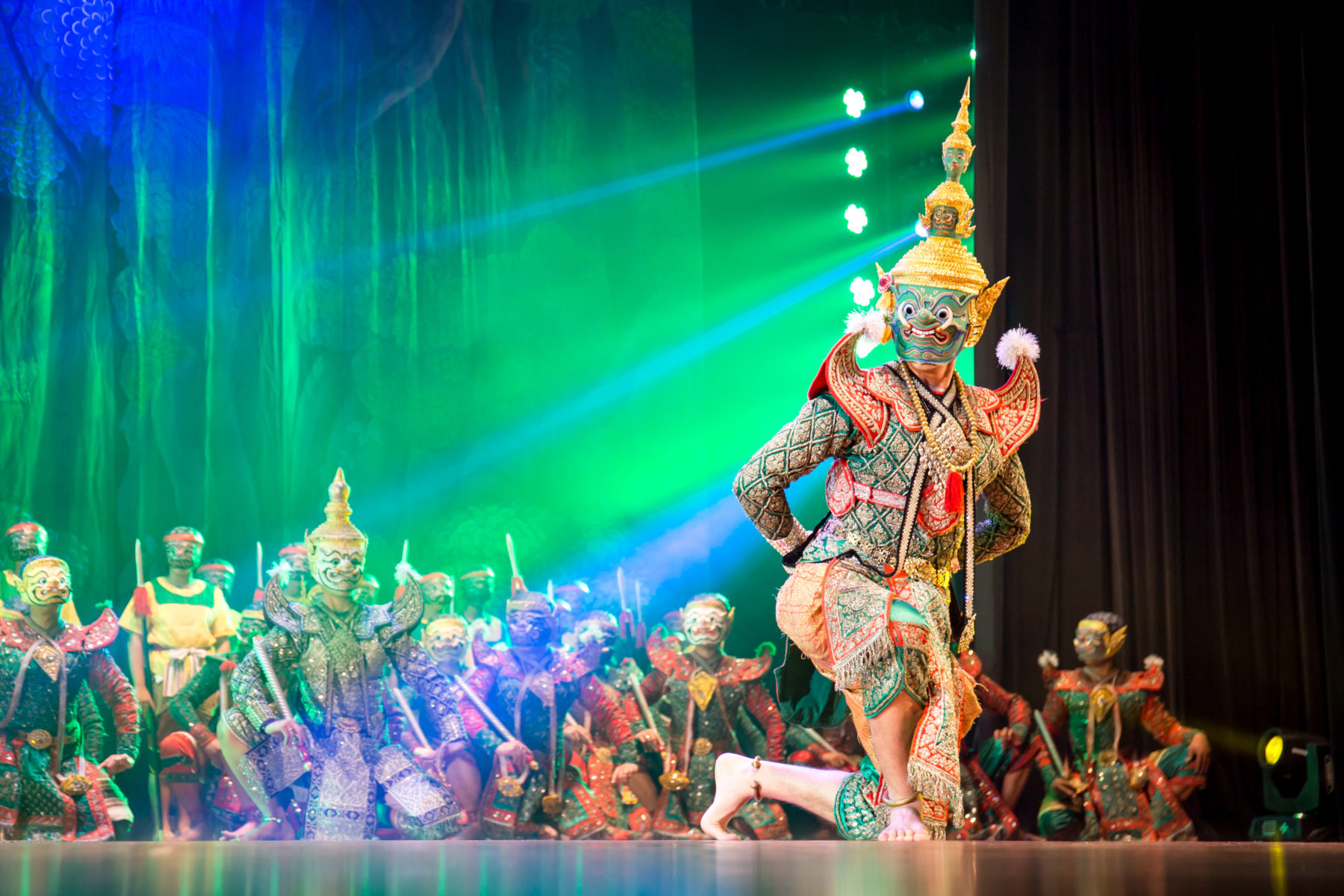 Phuket is more than just a pretty beach destination — it’s an ideal spot for you and your family to dig into Thailand’s rich culture. Take in dinner and a show at Siam Niramit, a dazzling venue just outside Phuket Town where dozens of performers tell the story of Thailand through traditional dance and song. For another side of Thai culture, you can catch a Muay Thai boxing match at Bangla Boxing Stadium near Patong Beach. 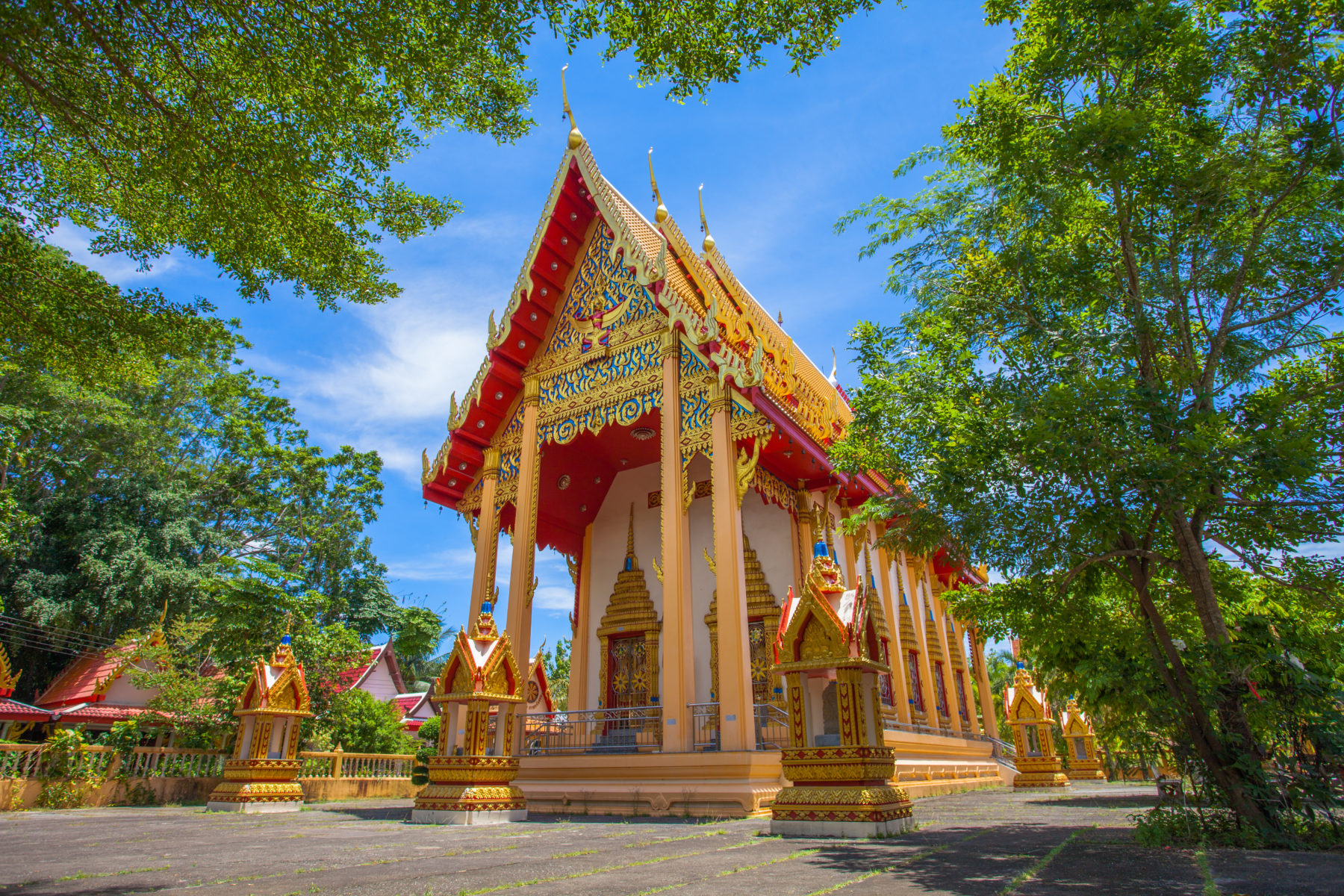 For those in search of spiritual enlightenment, or just seeking a break from the beach, you will find some 30 wat (Buddhist temples) scattered across Phuket. One of the oldest is Wat Phra Thong, whose main attraction is a half-buried Buddha statue protruding from a temple hall. Not too far away is Wat Srisoonthorn, immediately recognizable for a 95-foot-high reclining Buddha in all his golden glory atop the temple’s main hall.

Built in 2007 at enormous cost, Big Buddha is the island’s most important spiritual landmark. Gazing out serenely from the Nakkerd Hills, the 148-foot-tall statue is a must-see (and to be fair, you can see it from miles around). A stairway lined with bells and prayer flags leads up to the base of the statue, rewarding visitors with some of the island’s most expansive views. 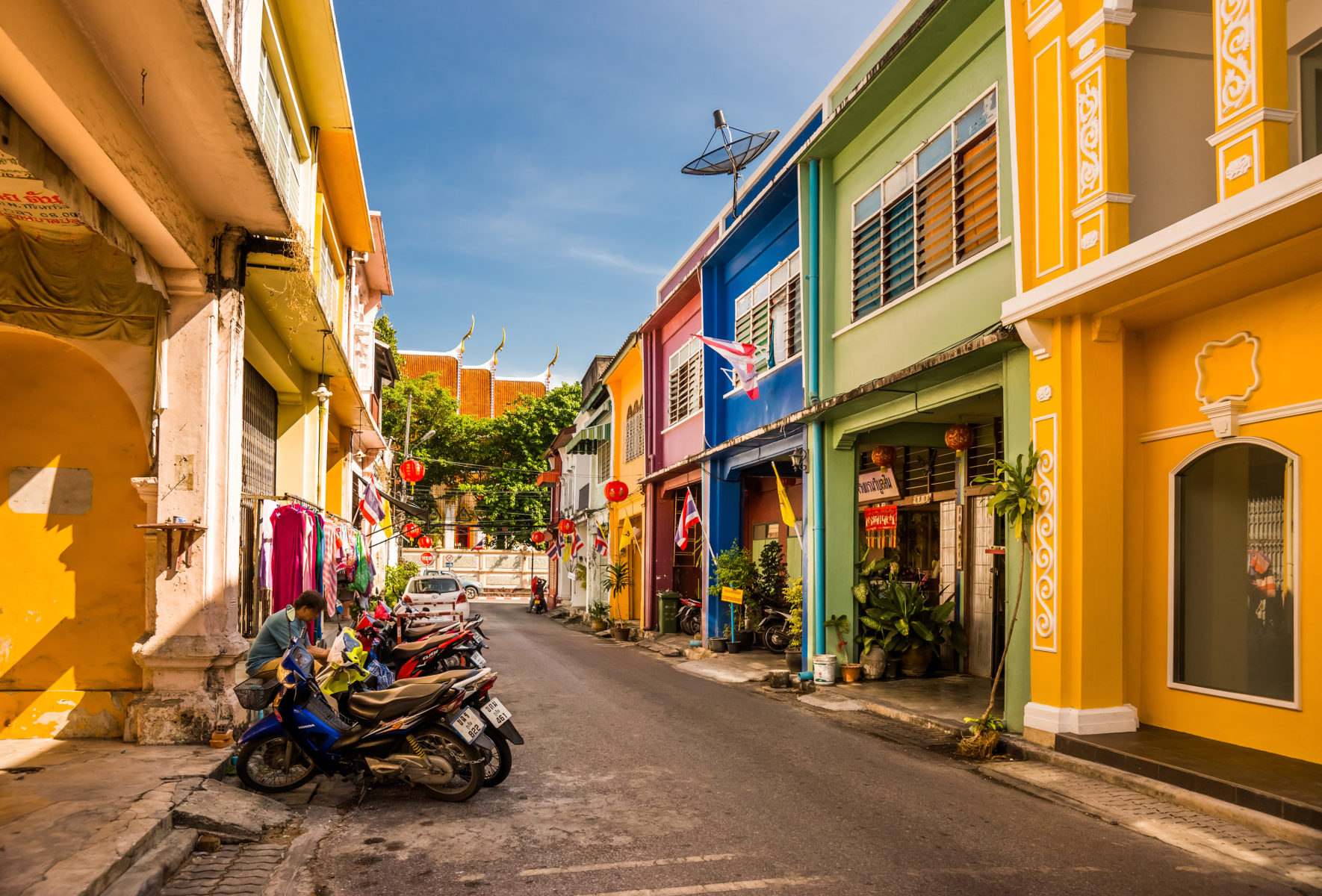 Before tourism became Phuket’s biggest industry, tin lured foreign visitors and their money to Phuket. Traders from China, the Middle East and Europe transformed the island capital into a melting pot of cultures, and today Phuket Town still retains its colonial vibe.

A stroll through the Old Town reveals pockets of fine Sino-Portuguese architecture, much of it rapidly gentrifying into hip cafes and galleries. History buffs won’t want to miss the well-preserved Chinpracha House, a century-old mansion-turned-museum, built by former tin barons when the island was the center of the trade, or the Standard Chartered Bank building, Thailand’s oldest foreign bank.

A great place to snack and shop, the popular market known as Naka is just outside of Phuket Town. You can nibble on a wide range of local bites — try famous khao niao mamuang (mango with sticky rice) — as well as creative global eats, such as Japanese sushi shaped like Angry Birds characters. On weekends, you can check out the Phuket Weekend Market or Sunday Walking Street Market for bargains on everything from cellphone cases to handbags to jewelry, not to mention a whole lot more food. 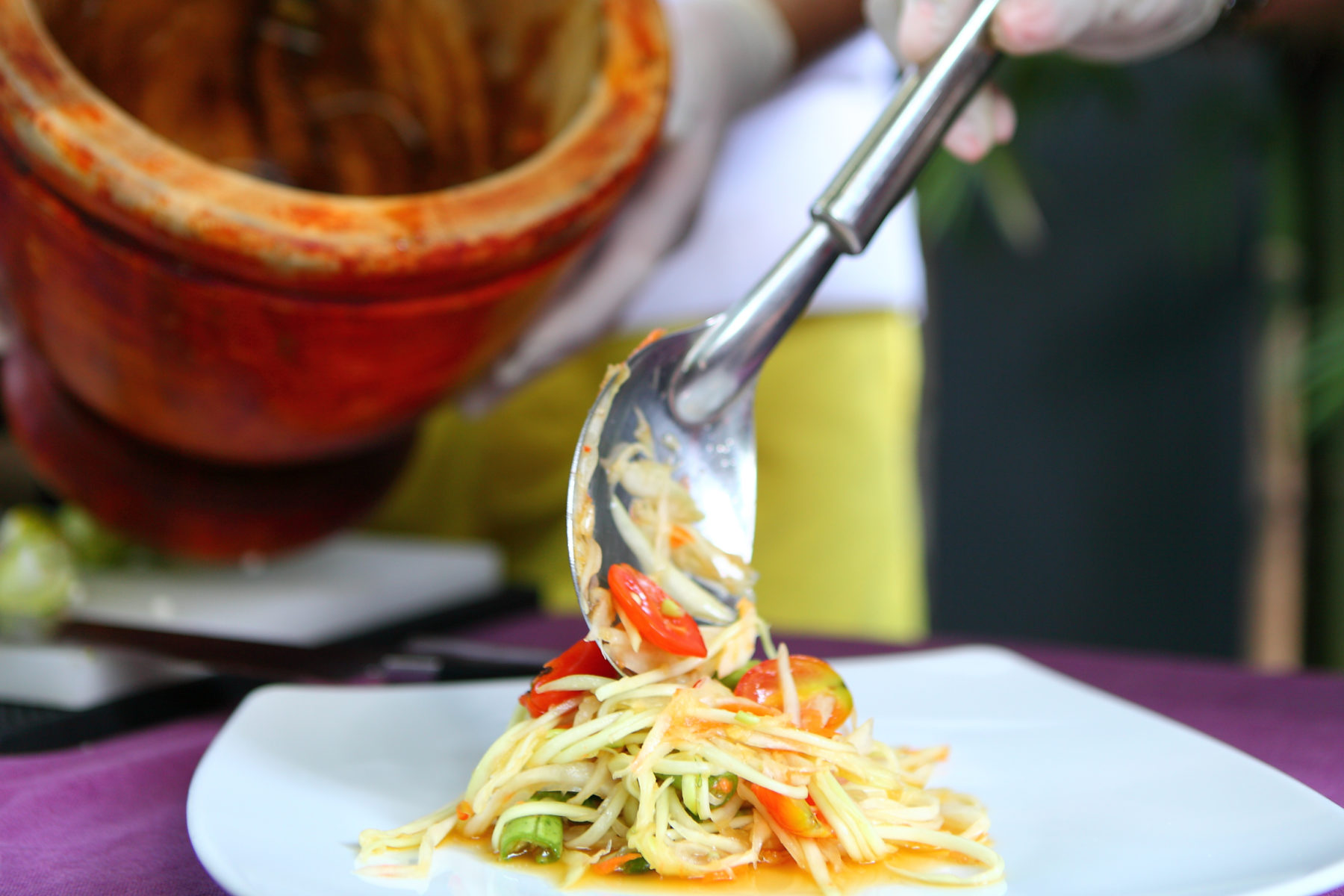 Thanks to the island’s long-standing role as a center of Asian trade, Phuket’s cuisine is a delicious marriage of Thai cooking with Chinese and Malay influences. Try your hand at preparing some local specialties, such as curry pastes from scratch or the ever-popular pad Thai at one of the many cooking schools. Most offer half- or whole-day classes, but longer courses are available for budding master chefs. The Kata School earns accolades for the quality of its teachers. The addition of a market tour, offered several days a week, helps to familiarize participants with the dazzling array of ingredients for sale.

Founded by a French couple living on Phuket, the Chalong Bay Rum Distillery is now making waves on the global craft-liquor scene. The best thing about its 30-minute distillery tour is the delicious mojito cocktail at the end — made with their own cane-sugar rum, naturally. Looking for a more traditionally Thai drink? Try the Thai Sabai, which substitutes the mojito’s mint with fresh Thai basil. You can also take part in a cocktail workshop in the bar to learn new recipes and brush up on your mixology techniques.

In Phuket Town, you will find an eclectic array of upscale cocktail bars. You can listen to live music while the expert bartender at The Library whips up an innovative cocktail steaming with dry ice, or try a classic old fashioned or martini at Prohibition Bar, whose decor plays both on the colonial culture of Phuket during the 1920s, as well as the American ban on alcohol during that time.

No matter if you’re looking to explore beautiful beaches, learn about Thai culture or gain insights on local cuisine, you will find plenty to explore and keep you entertained on Phuket.